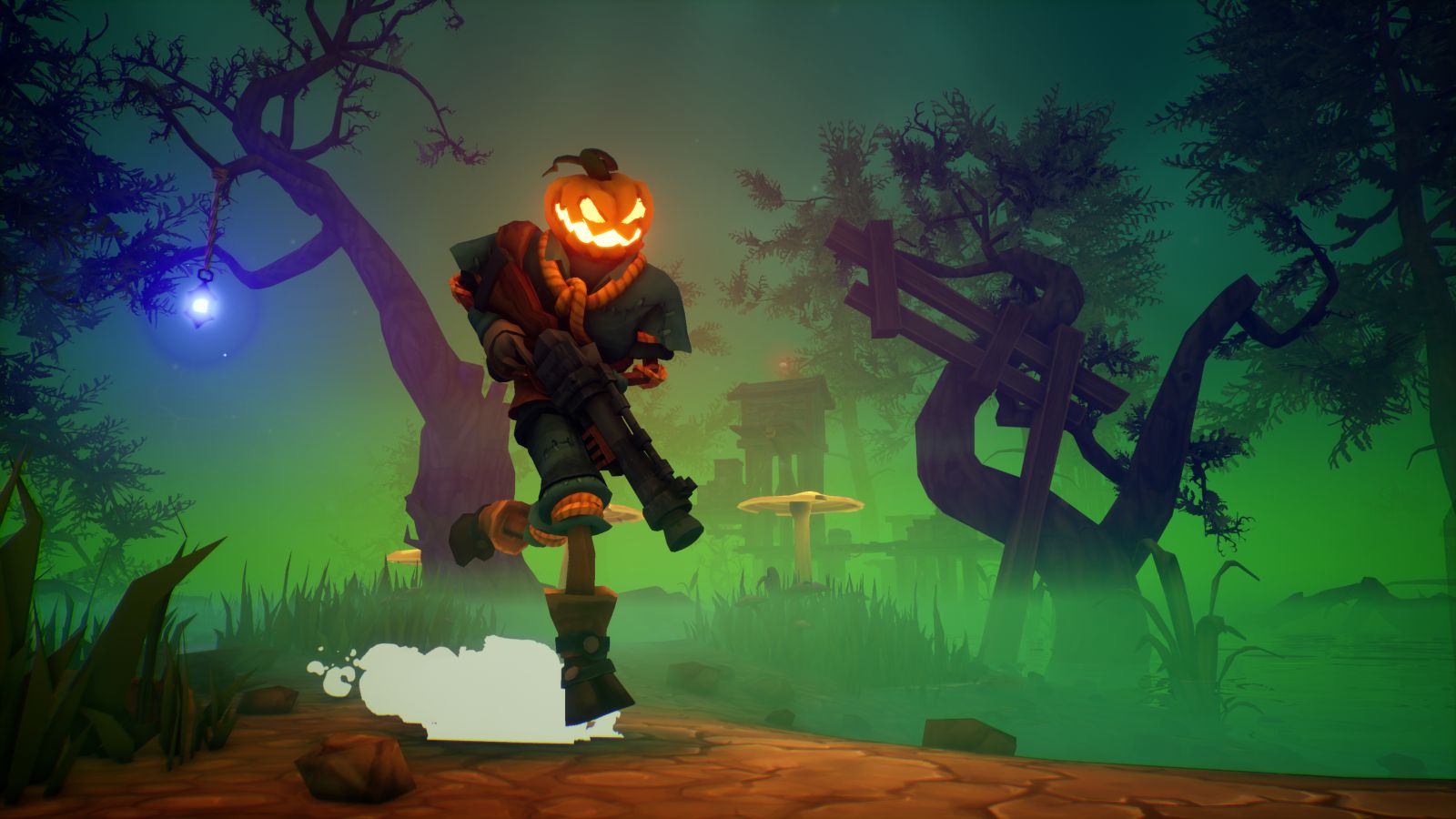 In case you missed our review, we quite enjoyed Pumpkin Jack: New-Gen Edition, and now you can experience the adventure for yourself!  In our review we stated that, “Pumpkin Jack is a retro-inspired platformer that features a great sense of humor, creative boss fights, a variety of levels, a few interesting puzzles, and some inspired on-rails sections. While the combat can border on frustrating and the game can be completed in 4 or 5 hours, there is still a lot to love – especially if you are a fan of PS2 era platformers.” More details below:

Cologne, Germany – October 27th, 2021 – Pumpkin Jack New-Gen Edition, an enhanced version of the well-received PS4, Xbox One & PC 3D platformer from Thunderful Publishing and Headup Games, has made the leap to next-gen and is now available on PlayStation 5 and Xbox Series X|S.

Carved from the legacy of old-school 3D platformers like MediEvil and Jak & Daxter, solo developer Nicolas Meyssonnier successfully melds his love of those titles with a modern approach and sets it all in a spookily atmospheric world that finds fun in monsters, ghouls and devilish challenges. Harnessing the power of the PS5 and Xbox One Series X|S, the New-Gen Edition brings enhancements that have the eponymous Jack grinning more vibrantly than ever before.

Making this Halloween treat just that little bit sweeter is the fact that Pumpkin Jack is cross-buy on both PlayStation and Xbox platforms. So, if you already own Pumpkin Jack on PS4/Xbox One, you’ll automatically get access to the PS5/Xbox Series X|S New-Gen Edition at no extra cost!

Stepping into the shoes of the mythical pumpkin lord, Pumpkin Jack New-Gen Edition sees you set out on an epic quest to help evil triumph over good. 3D platforming challenges in the colourful and diverse Arc En Ciel Kingdom are mixed with fun combat encounters where you can deploy an awesome arsenal of weapons (occasionally with a snarky crow or haughty owl fighting at your side), as well as solve light puzzles and take on various mini-game challenges.

“I’m delighted to bring Pumpkin Jack to new consoles at this appropriately spooky time of year,” said Pumpkin Jack developer Nicolas Meyssonnier. “The addition of ray-tracing and other enhancements I’ve been able to make over the last-gen version makes this the definitive edition of Pumpkin Jack!”

Stay tuned to Gaming Trend for more info on Pumpkin Jack: New-Gen Edition and for all your gaming, tech, and entertainment news!