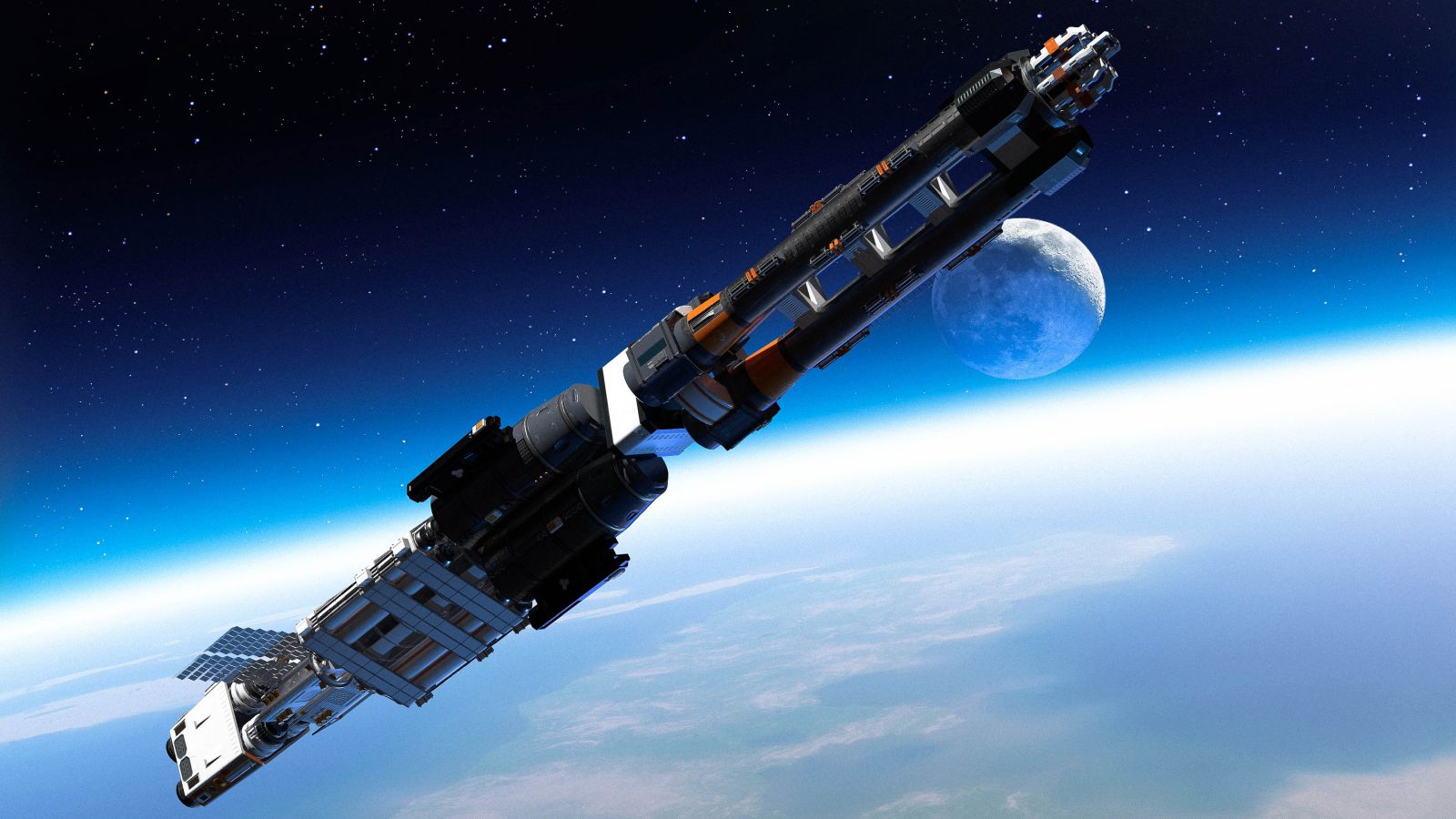 In just a few short years from now, Earth will receive its first alien visitors, or so Terra Invicta predicts. In this grand strategy game developed by the creators of XCOM’s Long War 1 and 2 mods, Earth is invaded by aliens and you have to do something about it. Consisting of seven different earthly factions with distinct ideologies, the game asks you to ally with one in order to ensure Earth’s prominence in this new age. Some factions are pro-alien, some are anti-alien, and some are seeking to twist things to their own advantage. No matter which side you choose, however, things are not going to be easy.

Terra Invicta is a complex game with deep systems spanning every aspect of the experience. Starting on Earth, the game models a geopolitical system with factions able to gain footholds in different nations based on the methods they employ and how receptive each region is to different techniques of persuasion. Factions can gain power in different areas through changing public opinion, coup d’etats, invasions, and regime changes, but with the more violent solutions players will want to be careful. Invading or changing a regime will result in the region losing resources thus tarnishing some of the initial reasons for wanting influence. All of this political intrigue is handled through the player’s council which was described as being similar to the traditional RPG party. Instead of being equipped with weapons and armor, however, these council members can be assigned to different organizations that allow them special perks when it comes to dealing with other regions. This system, along with the individual stat blocks of each council member introduces RPG elements into the game that seem to organically meld with the structure of the game. 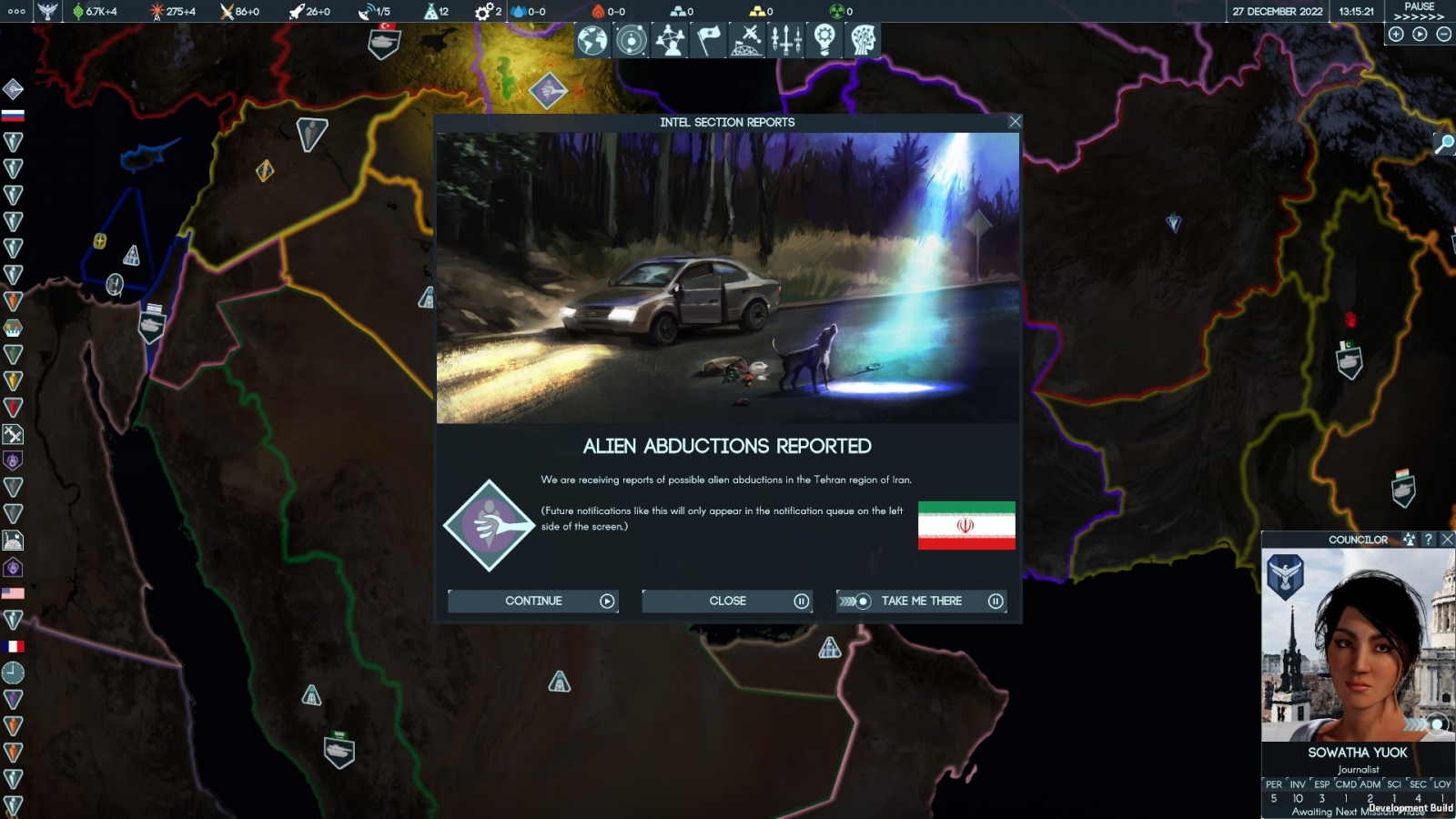 In order to get to space to combat or ally with the aliens in the first place, one must gain enough influence here on Earth to build spaceships capable of reaching them. Once the spaceships are built, it is time to build habitats (shortened to habs in dev team lingo) out in space. These habs can be placed in space where they can serve as living areas and ship factories, or they can be placed on different planetary bodies or asteroids – of which there are 330 – found in the solar system. If placed on bodies out in space, the habs can be used to mine for resources to ship back to space habs or Earth.

Once settled in space, the player will at some point or another get involved in combat with either aliens, fellow humans or most likely a mix of both. The space battles are incredibly physics-based with the spaceships never truly coming to a stop. Rather than clicking on the desired location of your ships, you instead manipulate the trajectories of the ships by propelling them in different directions at different positions in their flight path. This is true both in battles and outside of combat entirely. Ships set on certain trajectories without the ability to change direction will run into enemy ships and initiate battle. Those that are already in battle will rely on those propulsions mentioned above as well as their own tactical positioning. The developers say they did not want battles to be decided by the tech level of the different factions and aliens, as the aliens would far outweigh the humans in the early game. Instead, positioning and maneuvering win the day in these extremely tactical and realistically paced battles. 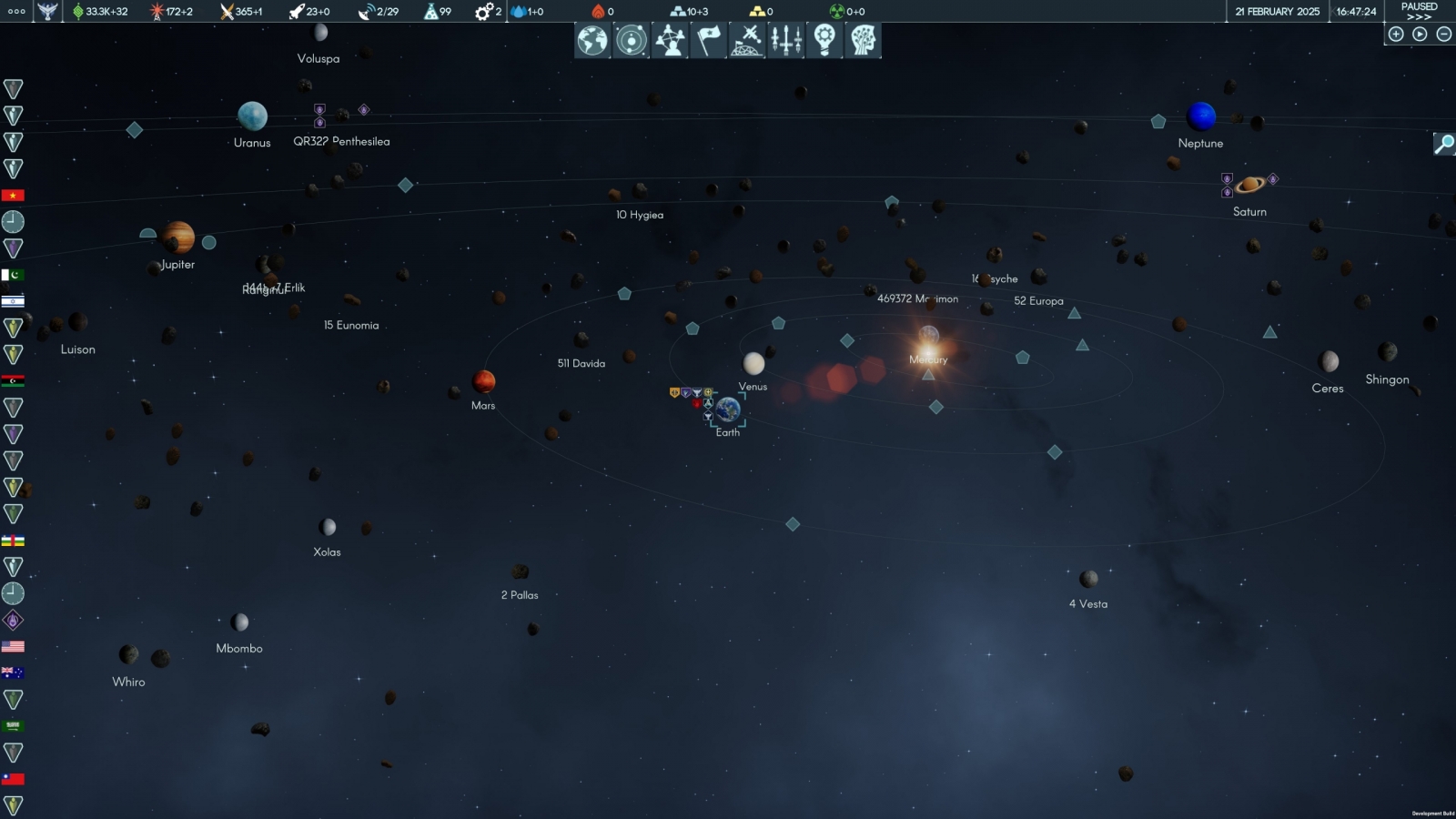 Overall, Terra Invicta is a game with rich systems, deep physics-based mechanics, and a realistic take on the question: what if we were invaded by aliens in the next 10 years?

Terra Invicta is developed by Pavonis Interactive and published by Hooded Horse. It is set to be released later this year.

For more news on strategy games and more, stay tuned to Gaming Trend.