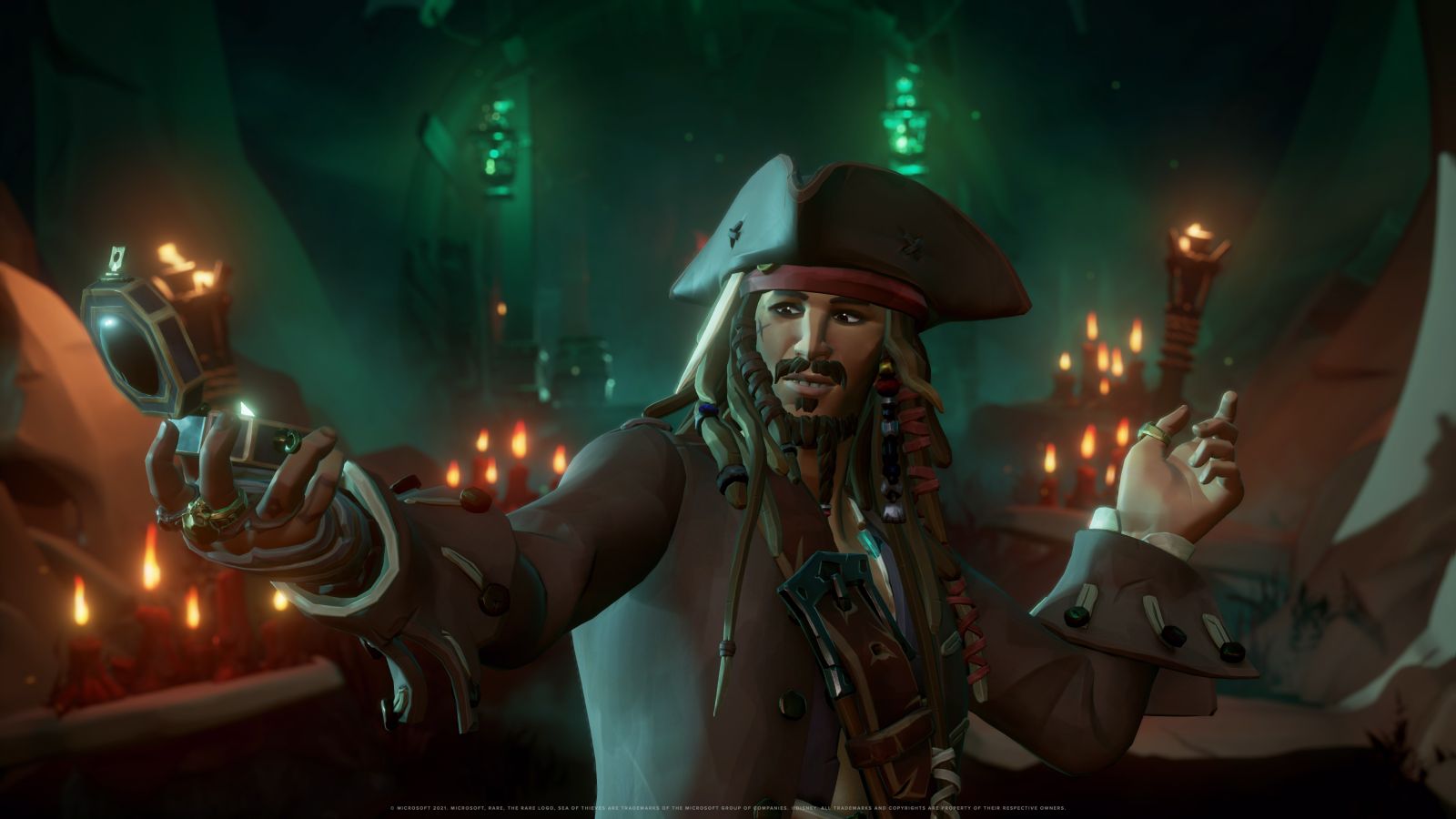 Announced yesterday at the Xbox & Bethesda Games Showcase, A Pirate’s Life is a new free update coming to Sea of Thieves on June 22, 2021. This update brings Disney’s Pirates of the Caribbean to Rare’s pirate epic, and it will serve as the cornerstone to Sea of Thieves Season Three. Jack Sparrow, Davy Jones, Captain Barbossa, Mr. Gibbs and more all join the adventure as well as the movie series’ excellent score. It promises an epic, original story for players to engage with. This was a big surprise, I don’t think anyone had Pirates of the Carribean x Sea of Thieves crossover on their Bingo cards this E3 season, but these surprises tend to make the press conferences all the more enjoyable. For a look at what Sea of Thieves has in store, check out the trailer below:

Sea of Thieves’ Executive Producer Joe Neate explains: “Sea of Thieves aims to immerse players in a fantastical depiction of the pirate life, filled with colourful characters and vibrant locations to explore. The sense of fun, wonder and the imaginative spirit that we hold real affection for in the world of Pirates of the Caribbean always felt like it could be complementary to the world of Sea of Thieves, and we’ve striven alongside the teams at Disney to celebrate this.”

Mike Chapman, Sea of Thieves’ Creative Director, was keen to ensure the narrative remained true to the spirit of both universes. “The heart of our story explores what it truly means to be a pirate on the Sea of Thieves, and this has allowed us not only to tap into the deeper meaning of the Pirates of the Caribbean movies and the original attraction, but also allow players to go on adventures with Jack Sparrow, learning more about how he sees the pirate life and his place on the Sea of Thieves. This story moves the Sea of Thieves world forwards in unexpected ways, and it’s been a joy to bring these two worlds together, treating both in a way that feels authentic and delightful to experience.”