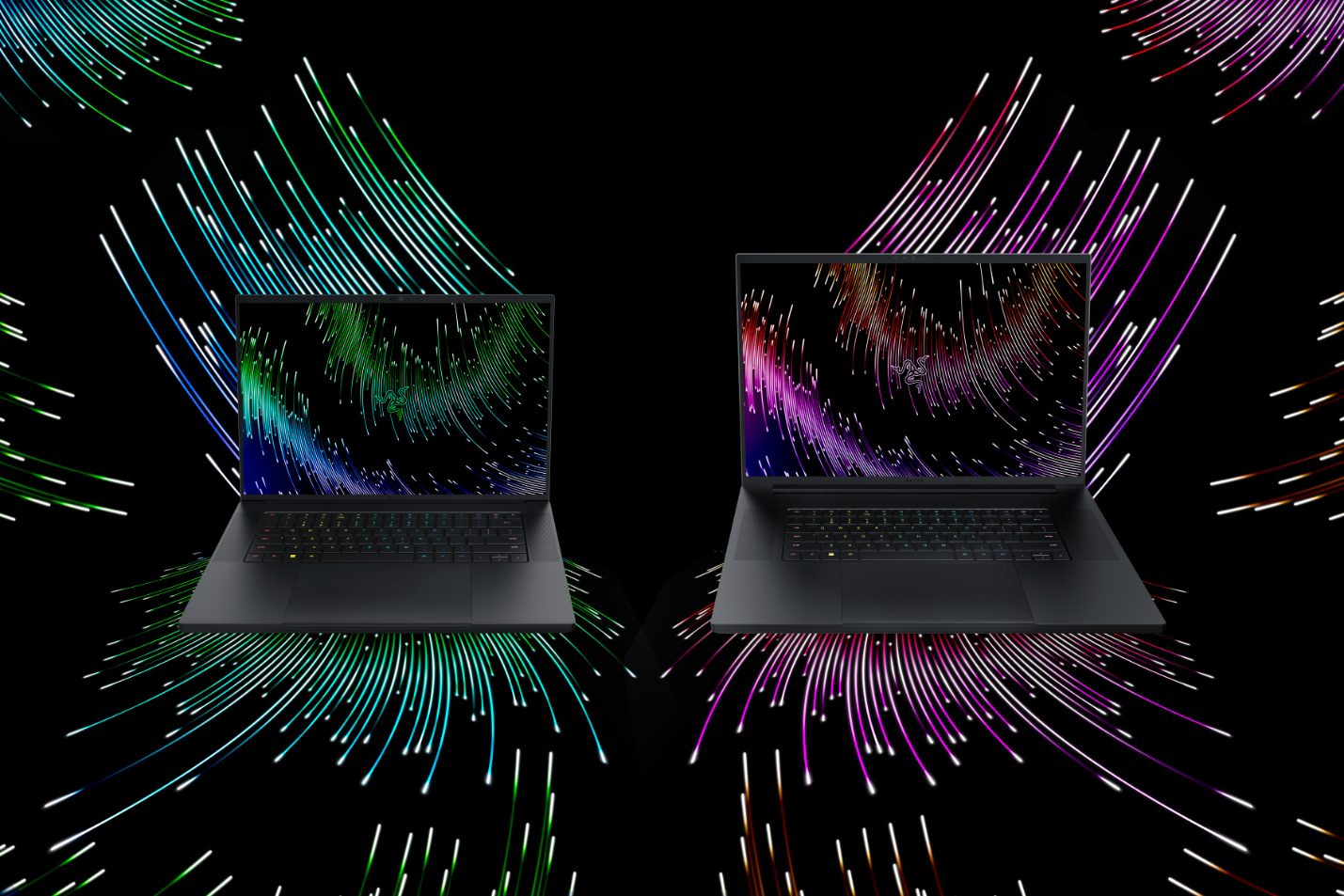 Gaming Trend was so excited to get an invite to the RAZER CES 2023 media pre-brief this year! I had the honor to be the representative at the event, so here are some of my thoughts during my first time at a Razer event. We were led through the presentation by Will Powers, Paige Sander, Stephen Washburn, and Kris Wong. They did a great job of giving us a LOT of information in a precise and interesting way that made all of this so much easier to digest in the hour long presentation. Let’s get into some of the hopefully amazing products coming to the Razer family in 2023. 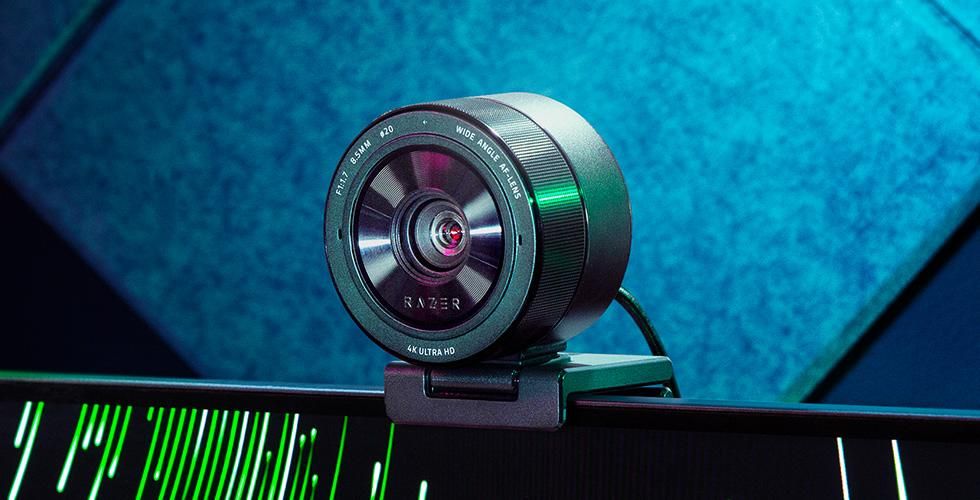 I’ll start with what I think is the most exciting item to me personally and that’s the Razer Kiyo Pro Ultra. This is the ultimate webcam for content creators of all kinds. My mouth fell to the floor as they showed off the DSLR-like 4K Quality webcam with the “largest sensor ever in a webcam.” They are able to get Raw 4K 30 FPS into uncompressed 4K 24 FPS out of a small webcam, with AI powered imaging, giving us face tracking and auto-focus and auto-exposure. The Kiyo Pro Ultra will also have a built-in shutter and a lens cover when traveling with the webcam. I asked about how easy the integration would be with services like OBS, Streamlabs, and the like; the Kiyo Pro Ultra will be fully compatible with the major streaming platforms. This webcam comes in at $299.99, which might be a tad pricey for some streamers, but if you’re wanting to really make a jump in your quality, this should be the one you’ll want. We got to see some of the images captured with this webcam and it looked stunning. 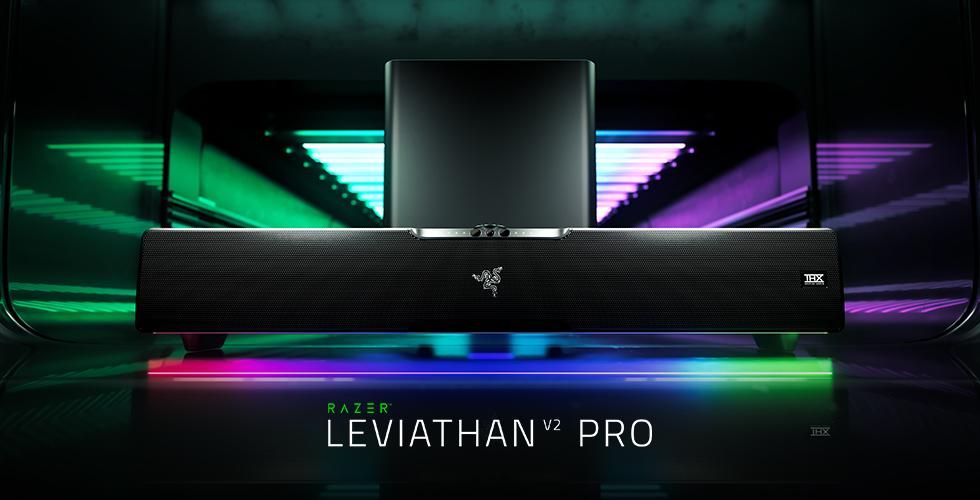 The other device that I’m very excited to see more of is the Leviathan V2 Pro sound bar for your PC setup. Surround soundstage, expansion of the “sweet spot,” compact form factor, with a simple setup. Razer is using a brand new “world’s first” Beamforming soundbar with head tracking AI. This soundbar will make sure that the “sweet spot” is always in your grasp allowing their new technology to move as you move. This will allow for our more competitive gamers to move around and still have all the sound they need to be successful. A partnership with THX was how this spatial audio is possible. There will also be a “room fill” mode in order to allow for multiple people to be in the room and the AI tracking to not be bouncing from one head to another.

As someone who streams and has pets, I’ve had issues in the past with my webcams autofocusing on my pets in the foreground or background while I’m left looking blurry. With this in mind, I asked them if the new AI tracking featured in the Leviathan V2 Pro is “cat-proof”. After a long laugh and a mention that “they’d never been asked that question”, they had to go and ask their developers. Their response was equally funny with ““we should probably be fine” but no one with cats to be able to test!” This soundbar will also have Bluetooth 5.0 and a 3.5 mm headset jack. The audio quality should be astounding with five 2” full range drivers and one 5.25 down-firing subwoofer. As they said, “it wouldn’t be a Razer device without some RGB ability”, and the Leviathan V2 Pro has a lot. They have 30 lighting zones in the device. This soundbar will be available for $399.99 starting in February. 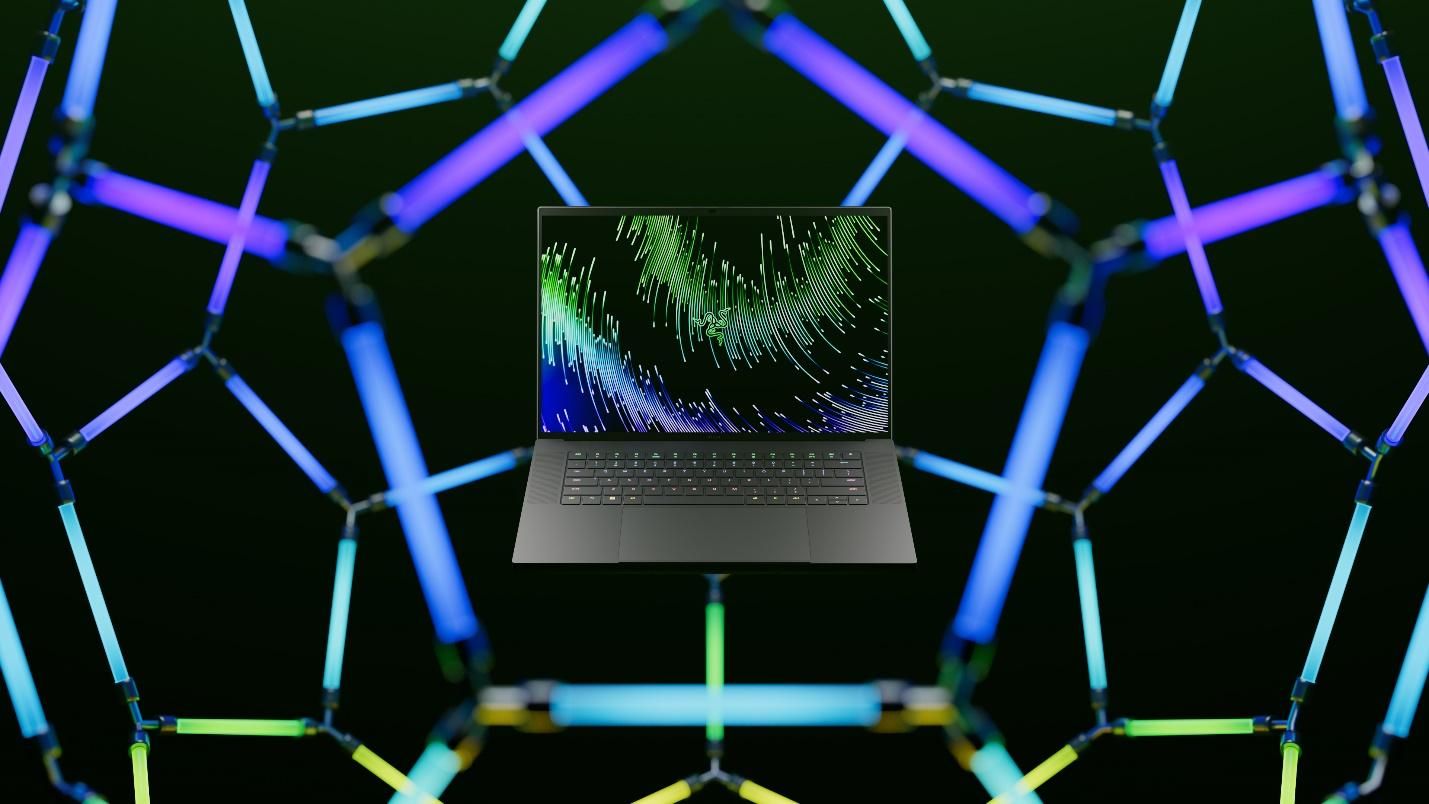 Now, Razer has always been focused on the gaming community, and they really hit a home run in the excitement field when it came to their laptop announcements. There were two that they discussed with us, the first was the Blade 16. The Blade 16, boasts 5.6 GHz max clock speed, 24 cores, with 32 threads; the real icing on this laptop’s cake is the “world’s first dual mode mini-LED display.” From everything we were able to see, this will be a perfect laptop for not only gamers, but any type of content creator. You’ll be able to change the screen to fit whichever style you’ll need at that time. They also spoke about the fact that this is a 16” laptop in a 15” body. The laptop will come with a 95.2wh battery alongside which you’ll have a small charging brick which will have 330W GaN. 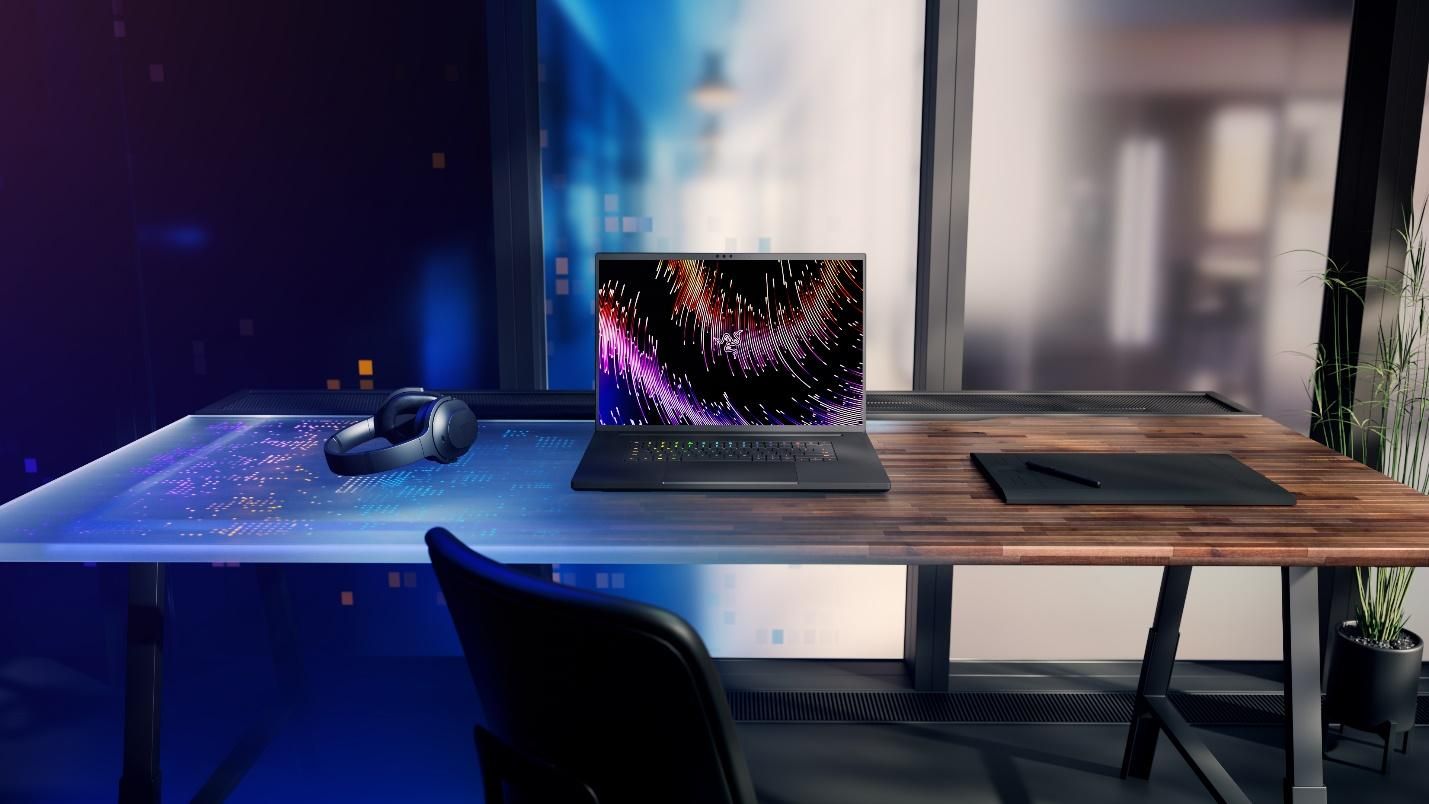 After the Blade 16, we were shown the Blade 18. The Blade 18 was talked about during the presentation as the “desktop replacement” and it’ll be the most powerful Razer Blade ever made. This 18” QHD+ 240 HZ refresh display laptop will come in at around 7 lbs but will contain a 13th gen 24-core i9- 13950hx processor – desktop level performance while still being portable enough to use in any situation you might need. My thinking initially was the availability for those in the film-making industry to have a laptop powerful enough and mobile enough to take on set and then be able to bring it home. Meanwhile, it’ll be powerful enough and portable enough for almost any usage if it be gaming or content creation. The Blade 18 will include everything you’ll need to “replace” your desktop including a webcam, “lots of ports” (their words), THX spatial audio, and more. The Blade 16 will come in at $2,699.99 while the Blade 18 will be $2,899.99. 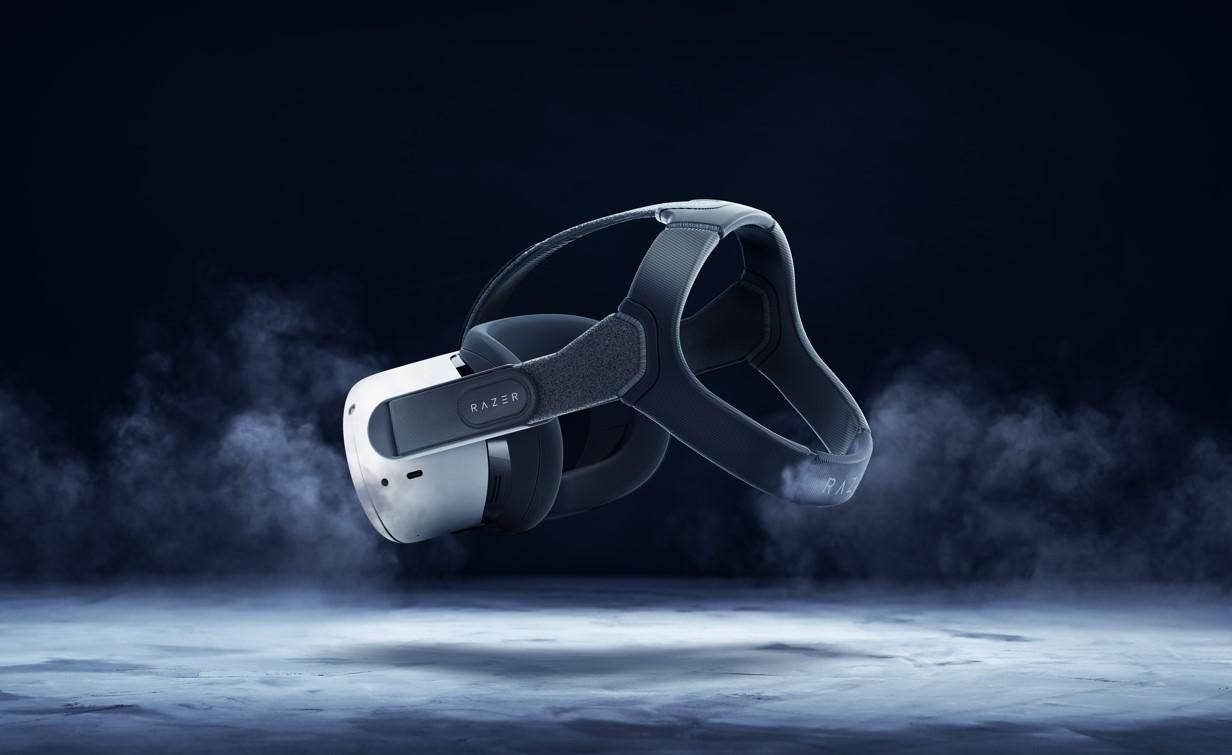 Now let’s move into Razer’s VR announcements. They’ll have two devices that are for the Meta Quest 2. They’ll have the Razer VR peripherals; an adjustable head strap for the system. The second is the Razer facial interface, which will provide a comfort for your face to allow for longer play. These both seem like they’ll be god-sends for those who play a lot in the VR space, and with the updates that Razer has seen from the Meta Quest 2, they’re excited to be putting out these two items for the next year.

The Wolverine V2 PRO wireless controller is available for the Playstation and PC and will be a must have with all of the customization it allows. The device has hyper triggers and mappable buttons. The Wolverine V2 Pro is already out at Gamestop in white, while their new black version will be out in Q1 of 2023 at the price of $249.99 with wired and wireless options.

We’re so appreciative to Razer for allowing us to hear from them about their products in 2023, we’re excited for what the year has to offer!