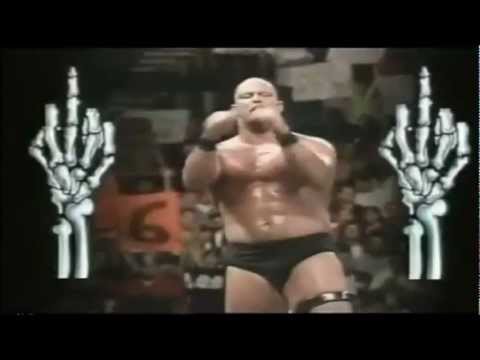 The aura of being in the shoes of a Superstar is something many WWE fans dream of throughout their many hours of consuming wrestling. For years, 2K’s WWE franchise (formerly published by THQ) has tried to achieve this feeling, with varying levels of success. A few years back, an Attitude Era mode was implemented that left a host of fans pleased with the amount of nostalgia presented as you ran through storylines in one of the most beloved periods of WWE programming. Unfortunately, WWE 2K15 got away from that trend and instead implemented a half-hearted MyCareer mode, as well as WWE Showcase, which managed to lose player interest within an hour.

This year, WWE Showcase is back. In order to avoid the boredom of last year’s go around, it will focus on the hell-raising Stone Cold Steve Austin. Many remember Stone Cold as the face of the Attitude Era. Every Monday Night Raw, glass would shatter, and the crowd would explode as Stone Cold ferociously stomped toward the squared circle. My biggest question about the Showcase was, “Where would it begin?” Steve Austin’s career began in 1989, and included a run alongside Brian Pillman in the Hollywood Blondes, a very enjoyable group of heels that would pretend to hold cameras and film their opponent’s agony. He also had a short stint in Paul Heyman’s ECW promotion.

That question is answered within moment of launching the story mode as you get a quick video recap of Steve Austin’s previous work, but the Showcase begins with the match against Jake “The Snake” Roberts at King of the Ring ’96. Wrestling fans remember this event, not for the match, but for the promo following it that created the phrase “Austin 3:16.” This phrase has developed a life of its own, and can still be found on frequently-worn wrestling shirts today.

In order to complete the actual match, you must hit certain objectives assigned when the bell rings. For this encounter, you had to get Jake “The Snake” down to critical damage. This task is easily accomplished by executing some of Stone Cold’s bruising moves and ultimately gaining the ability to do a Stone Cold Stunner. This objective-based gameplay was a large annoyance in 2K15, as you would be required to accomplish roundabout tasks which would make actually winning the match all the more difficult. If all targets are as easy to hit as the one in Stone Cold vs. Jake Roberts, that can be a major improvement.  Reliving the glory of Stone Cold’s career is an easy task; it is how the developer guides the player that will be the deciding factor of WWE Showcase’s success.

Since the beginning of their creation, one of the biggest complaints about every WWE video game was the commentary. For anyone that has played the games for years, it feels like things haven’t changed since 2006. Jerry “The King” Lawler still tries to tell us about educated feet every shot he gets. This year, there have been two changes, one of which is adding John “Bradshaw” Layfield (also known as JBL) to the announcing booth. From what I could gather during the demo, a majority of the commentary is still dominated by The King and Michael Cole, with JBL occasionally making his presence felt. The other change was the return of arguably the best professional wrestling announcer alive, Jim Ross, to the Austin Showcase mode. This change will undoubtedly be a huge breath of fresh air, as we can expect new lines from him over the course of the mode. Most importantly to wrestling fans, we get to hear him yell “Stone Cold! Stone Cold! Stone Cold!” Just like old times.

Visually, WWE 2K16 is experiencing a significant bump up from the previous iteration. These upgrades are noticeable in multiple facets of the game, but most notably in the detail of every character. For example, Finn Bálor’s demon entrance has become one of the most incredible sights to be had while watching WWE programming. He comes out to a pulsating song, features incredible lighting, and slides to the ring like the terrifying monster he portrays. In his WWE 2K16 entrance, his lighting is not perfect, but the animation and character design makes up for it in a big way. Finn’s demon form looks exactly like his real-life counterpart (for wrestling fans, he is wearing demon paint number one, worn when he and Hideo Itami fought The Ascension), but if you want to wrestle as Finn without the paint, that is also an option. Some of the other stars available to play were Cesaro, Daniel Bryan, and Brock Lesnar. These guys, as you would expect, are fantastic renditions of themselves.

One of the bigger talking points about WWE 2K16 to this point has been its roster, which as of this writing stands at thirty-eight. 2K has promised that the final number will exceed 120 characters, which is by far the largest in the game’s history. Some of the more exciting, unexpected names currently announced are Colonel Mustafa (better known as The Iron Sheik), Lord Steven Regal, and the much beloved Zack Ryder. The reason I mention these names in particular is that it goes to show the breadth of characters 2K will choose from. They are not just implementing blue John Cena, mustard John Cena, jorts John Cena, and slightly smaller jorts John Cena, but instead broadening their horizons and putting in a variety of superstars from the past and present.

As for in-ring gameplay, the only real change announced at this point is the implementation of brand new reversal and submission mechanics. As for submission, when you apply a hold, you have two bars within a full circle. From there, you must move your bar using the right stick and try to align it over the opponent’s, all while they are trying to move away from your encroaching bar of doom. At first encounter, this does seem very goofy, and actually partaking in the chase does not feel great. That being said, it could be something that becomes easier as time goes on. Of course, this is still miles better than the previous submission system that just had you mashing buttons like a mad man.

Speaking of silly, the old reversal system relied on you pressing L2 at just the right moment, which could bring about some comical moments if you could master it properly. Matches would be filled with reversals, which would make playing online a huge bore. Thankfully, 2K has introduced a new system that allows the player a certain number of reversals, which varies dependent on the wrestler. This brings about times where you may want to endure a beating, just so you can save your reversals until later in the match. Reversing finishing moves is more difficult, as it will take up two of your reversals. Whether this works flawlessly is to be determined, but it is a nice, much-needed addition.

Every year, wrestling fans begin clamoring in hopes that the next WWE-focused game will live up to their expectations. For a few years, it felt like the game was going in the right direction. After a major step back last year, those hopes have once again been revitalized for WWE 2K16. With the biggest roster the series has ever seen, and a mode focusing on one of the best superstars in WWE history, it is hard to deny WWE 2K16 has potential for success. If the in-ring action can hold up to the increased presentation and solid surrounding modes, WWE 2K16 could be one of the more enjoyable wrestling games in years.