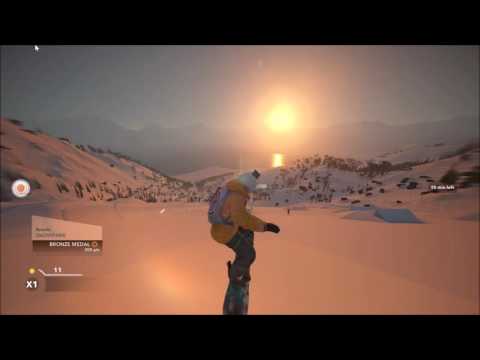 Backcountry skiing and snowboarding is about avoiding the crowds and finding the freshest, most untouched slope. But it isn’t just about finding that untamed powder, it’s also about exploring the alpine wilderness and appreciating Mother Nature’s impressive handiwork. Enter Steep, Ubisoft’s upcoming, open-world extreme snowsports game.

Steep is being developed by Ubisoft Annecy. Annecy is conveniently nestled amongst the lakes and mountains of eastern France, very near the Swiss-French border, providing quick access to the winter wonderland that is the French Alps. Carlos, a project manager on the team, even told me that some of his particularly alpine-oriented colleagues like to wake up around 4am so that they can hit the slopes before heading to work. After contributing to The Division and three of the latest Assassin’s Creed iterations, creating a new game inspired by the very surroundings this team lives in makes a whole lot of sense.

Steep has recreated real world slopes and mountains all over Europe. You can ride down these peaks on skis or a snowboard, or you can glide above their snowy majesty in a wingsuit or a paraglider. I particularly enjoyed flying in the wingsuit, popping my parachute, and then immediately taking off down the mountain on skis after landing.

Perhaps you’ve found a high scoring route with lots of sweet jumps, a challenging canyon for your wingsuit or just an incredible view somewhere. In Steep, the paths you decide to take while roaming these areas can be saved and shared with others. Being able to share your “trails” ought to encourage exploration and has the potential to really extend the replay value of Steep. On top of that, everything is open world, so once you’ve completed the course you can continue on down to your heart’s content.

During my demo on Xbox One, I only had the opportunity to try out snowboarding and the wingsuit (which, by the way, is just begging for VR). Holding both triggers down puts your character into a jumping, or ollie, stance that, when released, causes you to jump, so it needs to be timed properly at the edge of a surface in order to get serious air. Once airborne, a combination of left and right thumbstick movements control your spins and rolls, and the triggers can add grabs into the mix as well. Picking up the control scheme was easy, but learning how to accurately time your tricks so that you can land safely takes a little getting used to. Piloting the wingsuit was really just a matter of determining how fast you’d like to fall and avoiding everything in your way (objects=bad), but learning how it responded to my input was a bit rough at first.

With numerous challenges for you to take on, as well as massive open areas to explore through sports that provide completely different views and obstacles, Steep has a remarkable amount of content. At the moment, only locations within Europe will be available upon release, but a free, post-launch update will add regions in Alaska.

As someone who hasn’t played a true snowsport game (at least, not any good ones) since SSX Tricky, I was amazed at how thrilled I was with Steep after my brief hands-on. Supposing Ubisoft can continue to provide great content and solid challenges, and that there are enough players who cherish the feeling of freedom and awe you can get from racing down the side of a mountain, Steep could do quite well. I might even pack this one on my next trip to Whistler.