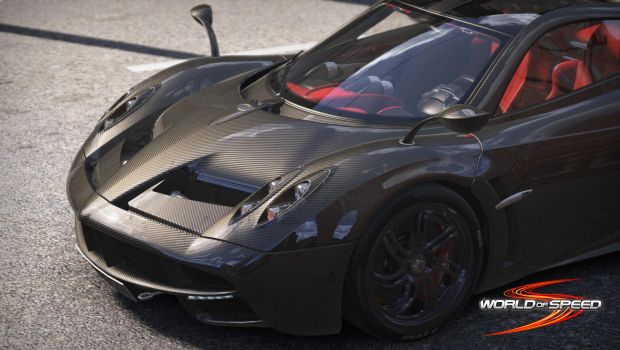 Racing titles are among the first of video gaming staples. Over the years the genre has been described as everything from classic to tired, but they have always been there. They’ve just not always been fun. After all, this many years past its virtual introduction the idea of go faster seems like it can do very little other than feel redundant and tedious. World of Speed looks to change that stigma by introducing a new type of racing game that truly gives players dynamic arcade-style gameplay, yet still allowing a person to express their own sense of style and design. It’s not the kind of thing that you would expect from a racing game, but after putting my hands on the title during this year’s E3, my first impressions are that it definitely works.

World of Speed is planned to be a free-to-play title where gamers can choose from and modify a host of their favorite cars from across the decades, but also experience a new functionality for working as a team.While you can always play as a solo agent, by forming a group or online club in-game with your friends, members can choose roles to benefit their overall advancement. If one member was to build an extremely fast car to lead the pack, another can piece together a slightly slower but heavier machine capable of blocking pursuers. Certain tracks or challenges will reward players who prefer a particular racing style, such as drag, sprints, or drift competitions, and your online cooperation can lead to your crew’s larger success. The representatives of My.com, World of Speed’s developers, were very insistent that this was a game about the players having fun and being able to enjoy their cars in every way they could. While challenging a car that was several classes beyond your choosen vehicle may always be a challenge, World of Speed plans to offer a wide range of tuning options and add-ons to keep it competitive.

However, altering your cars performance will not necessarily alter its appearance. The designers of the title researched the fact that cars which are built to perform a similar task often wind up looking identical for the purposes of function and not reflecting the tastes of the driver. Since personal representation is at the heart of World of Speed’s dogma, adjusting and modifying your car will only change it’s appearance if you want it to, and the way you want it too.

This means, for example, if you truly fall in love with your 86′ Toyota Corolla GT-S, you’ll still be able to pose a threat to a 2012 Chevy Corvette, all the while having it look just the way you like.  It may take some work and a lot of careful tuning, but it’s a real possibility, and My.com is confident they can bring this type of love to their players when the game launches.

I actually got a chance to run a couple of laps against another press member during my time with My.com, where they set us up in nearly identical versions of a Mitsubishi Lancer. The vehicles pearl white paint and aggressive panels were all lovingly rendered, and as the race started I was surprised by the response and arcade  maneuverability of the car after a day trying my hand against the less forgiving simulator-like racers at the Expo. After our one lap match was complete, the My.com rep changed the two of us over to a pair of nearly identical looking, but rally spec machines to challenge the course and compare results. The difference was phenomenal, resulting in a much more intense and paint-swapping competition, leaving me excited for another go but also, sadly, out of my allotted time for the meeting.

Specifics on when the game will land and how they will approach the free-to-play sales model where not available at the time of the show, but I was told that open Betas are planned to be available for driving fans before the end of the year. Amongst the ever present tide of racing titles that gamers are witness to year after year, this might be the first one in a very long time that’s worth watching in the months to come.