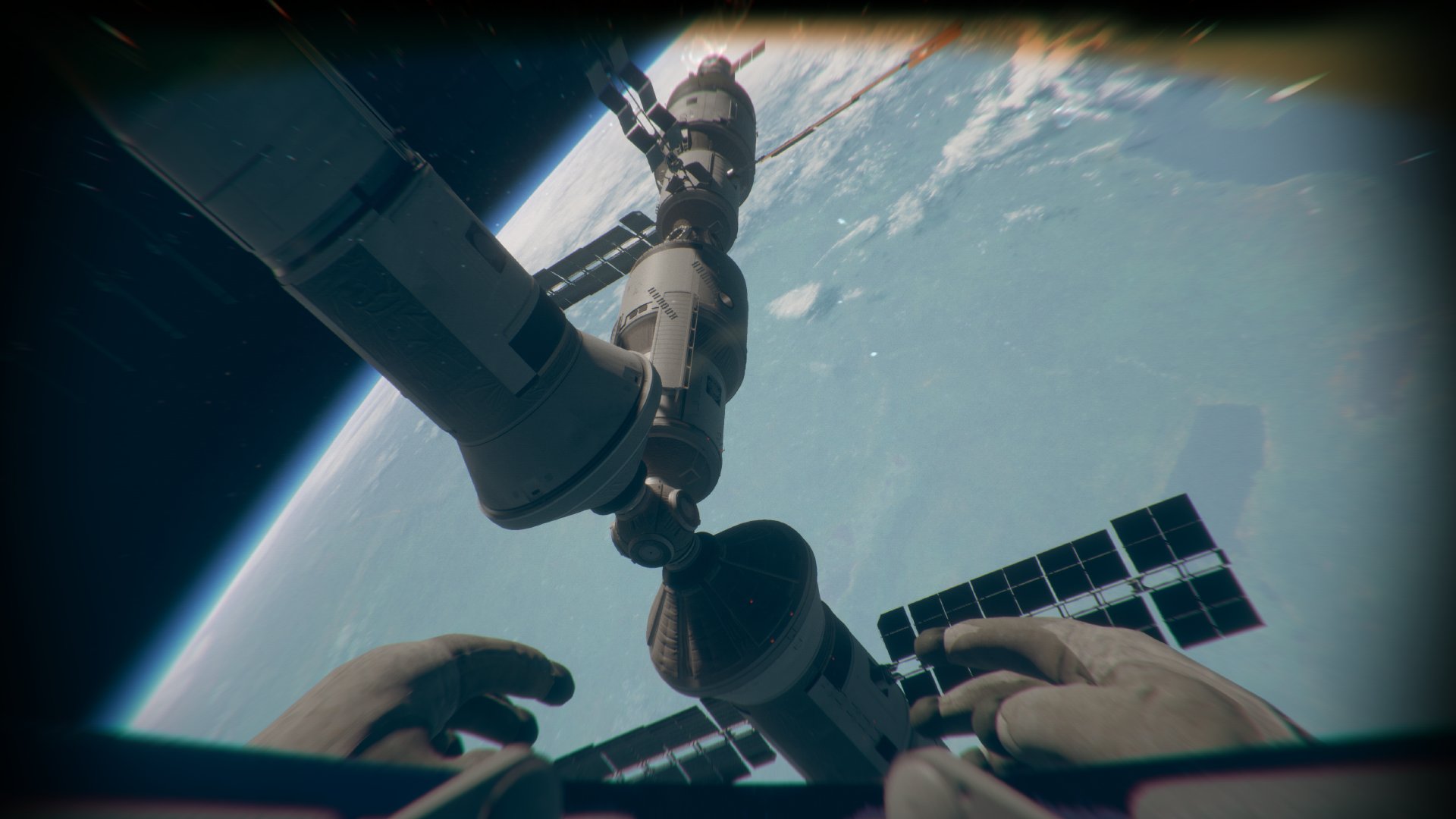 One of the more polished games I played at E3 took me back in time to the 1980s. Outreach, the first game from indie studio Pixel Spill, is a first-person adventure game set in a Cold War-era space station. You play as a Russian cosmonaut who is investigating the disappearance of the station’s crew.

My demo was short but gave me a good glimpse at the game and its big ideas. I started by exploring an abandoned living quarter and laboratory, and experimenting with the game’s zero gravity mechanic. One trigger lets you accelerate, the other lets you slow down, and another button lets you rotate in the air. I got disoriented a few times, but I found I had more control by the end of the demo.

By obligation, the demo forced me outside after I’d “found my footing” with the controls in order to bypass a locked interior door. I was treated to a beautiful view of the Earth and the white-speckled canvas of space around me, but the serenity didn’t last. Not when I realized my charge: to traverse to the other side of the station by shimmying along tiny handlebars built into the walls.

Navigating the shell of the space station is appropriately fear-inducing.

“No one so far has completed this part without dying,” teased voice actor Adam Harrington, who not only performs in the game but also helped direct it. When I asked how many people had played the demo, he grinned. “50.”

Some handlebars let me slide safely along the station’s shell, but other areas forced me to aim across a vast expanse, push off from the station wall and reconnect to some faraway handlebar. It’s a scene that I imagined would play out great in VR, but when I asked Harrington about VR support, he said that the team had dabbled with the idea for awhile but decided against it for the game’s launch.

Outreach is at times reminiscent of horror games. A flashlight mechanic adds to the game’s ominous atmosphere.

The market is starting to see more titles putting players in a space thrill ride with games such as Prey, Tacoma and the recently announced VR game Lone Echo, but Outreach looks to entertain players with a twist on the sub-genre by setting the game in the past rather than the future. Aside from the game’s historical setting, little more is known about the story except that it may play on real-life conspiracy theories. (Harrington alluded to the “lost cosmonauts” theory when we spoke, which alleged that there had been several off-the-books space flights resulting in at least two Soviet deaths.) Outreach is a fresh spin on the genre, and one I look forward to playing more when it launches on PC and Mac later this year.

I didn’t die in space, by the way.