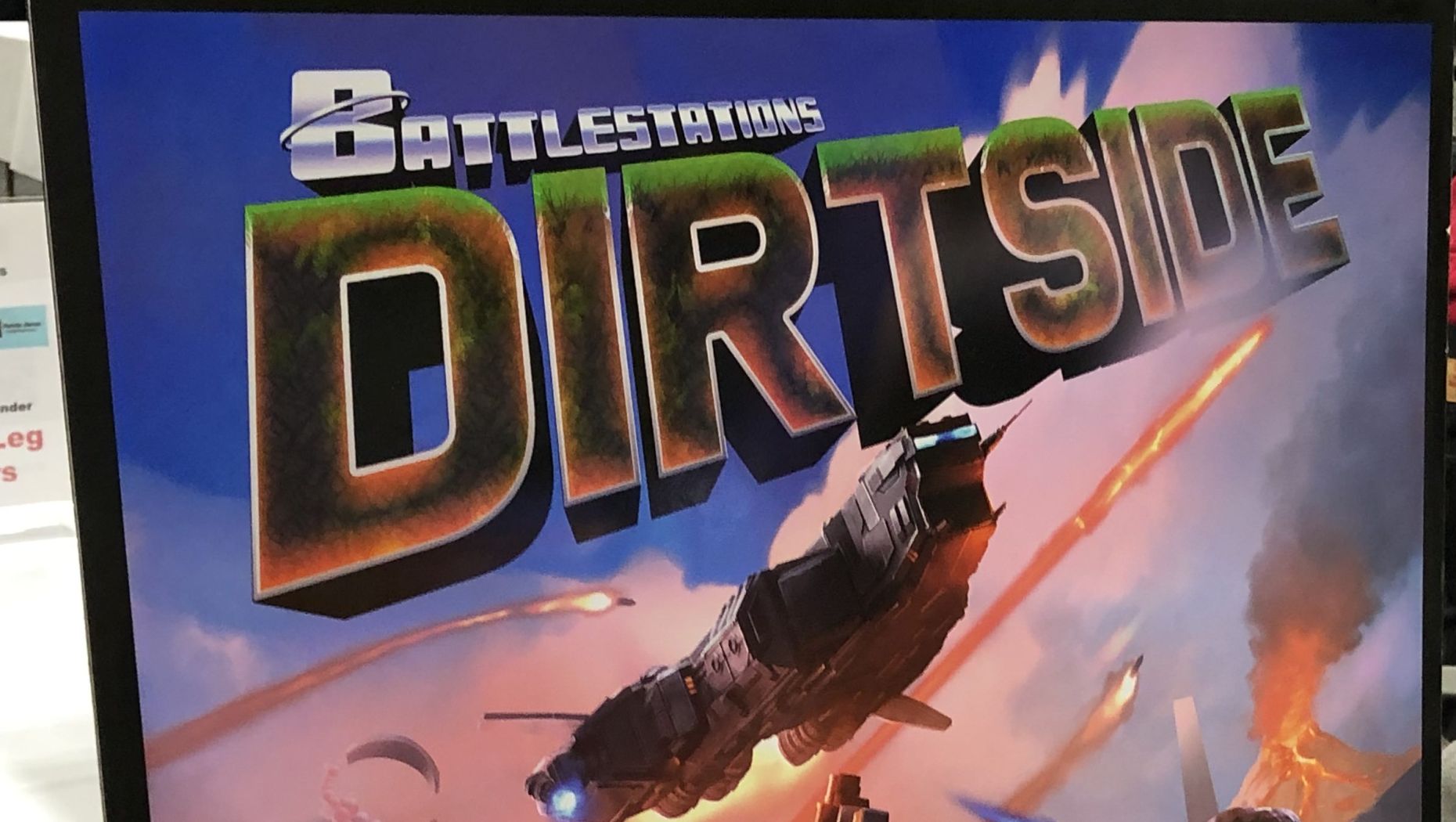 When thinking about sci-fi sagas, spaceships can often provide as much personality as those piloting them. However, some of the most iconic sci-fi includes planets sporting different environments. Many episodes of Star Trek featured the team going on an away mission, whether it be someplace tropical or a desert. Star Wars fans can instantly create the environments of Hoth and Dagobah in their minds when they hear the names of those planets mentioned. Sometimes what happens on the ground is just as important as what happens in the vacuum of space. Jeff Siadek released the second edition last year, but he’s expanding his universe with Battlestations: Dirtside a standalone expansion.

Dirtside is a fully cooperative game that plays up to eight people. Dirtside even includes a solo mode to help new players jump right in and learn the rules before teaching them to others. In Dirtside, you’ll play as a crewmember of a spaceship. The game consists of nine three by three square tiles. They are all double sided, proving a large amount of opportunity to create varied maps within a single mission. You’ll move through the environments completing objectives to complete the scenario. These may be missions like retrieving modules of a crashed spaceship or saving the ship and villagers from the lava of a recently erupted volcano. Characters can walk around the surface or take vehicles to their destination. 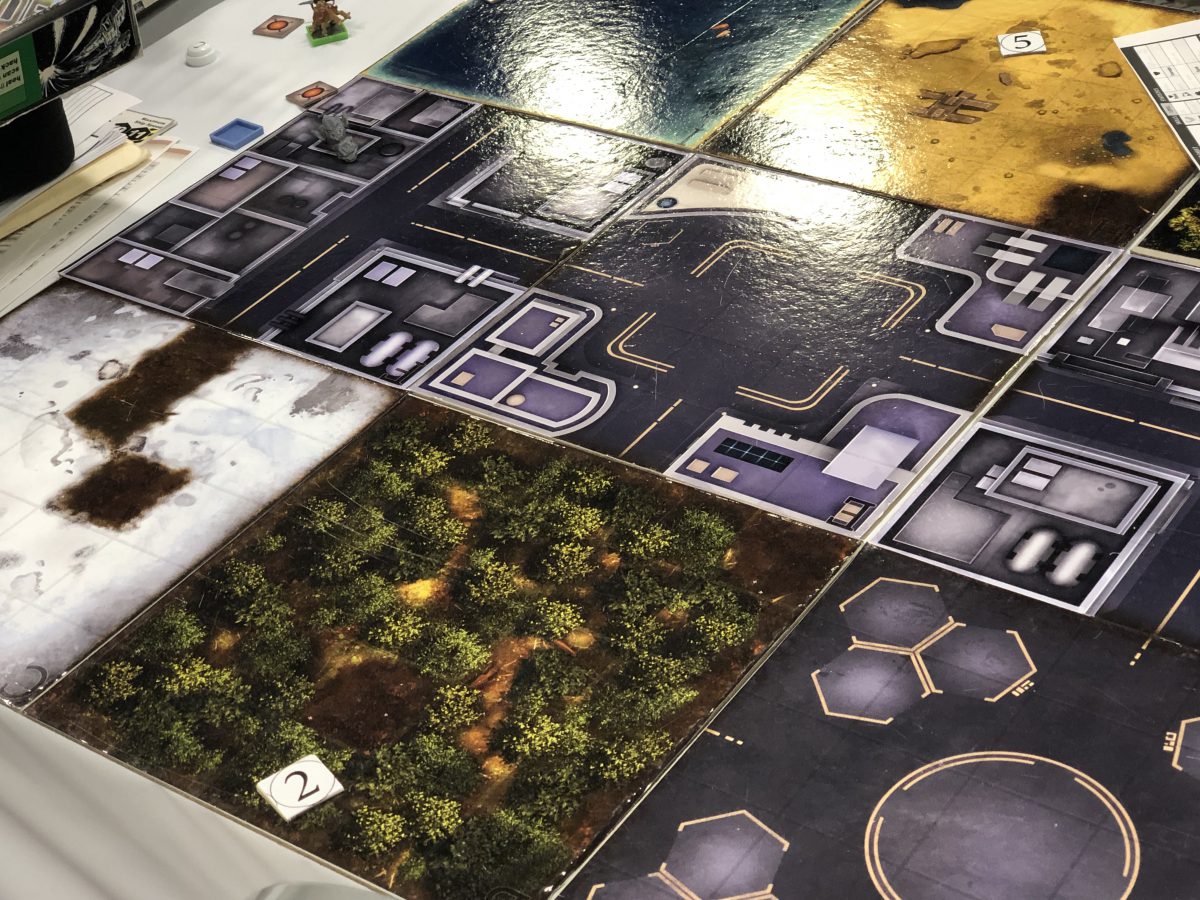 Battlestations had some wonderful minis, and Dirtside looks to be no exception. Jeff showed me some of the early prototypes of the vehicles and weapons within the game. These were early but showed enough to see some detail in the minis. The pieces will get better, and they should match the same quality as the ones found in Battlestations.

The scenarios can be played standalone, but they can also be played together in a campaign. The characters and system from Dirtside is compatible with Battlestations, so you can alternate between the two games and earn experience for everyone in your party. With the Kickstarter campaign, Jeff is taking suggestions from the fans for missions and some of those will be incorporated into the rulebook, giving players a ton of replayability with their character. 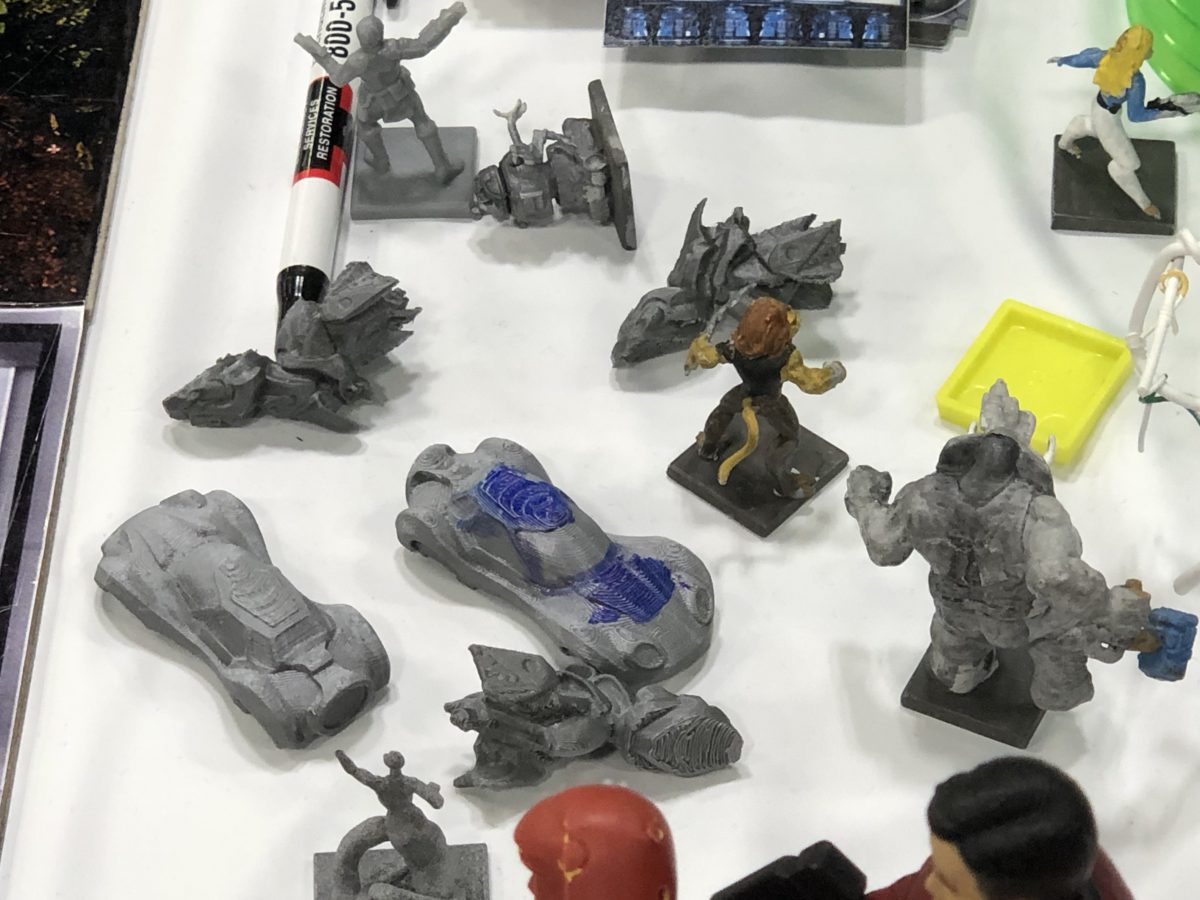 While the main thrust of the game is cooperation, Dirtside also includes a skirmish mode and a moderated RPG mode. If you want something strategic with a fast dice mechanism to determine hits and damage, then Dirtside will work out well. Sci-fi settings are less popular for RPGs than high fantasy. However, Dirtside can be played with one person taking on the role of Game Master, controlling the enemies and moving along the pace of the player. With varied mission types, it should provide entertainment for those who want to name their character and gain experience in a campaign.

Dirtside is currently on Kickstarter until June 27. It funded in an hour and a few stretch goals are waiting to be unlocked at the time of this article. If you like space simulations, then check this out. You might want to grab both while you can.