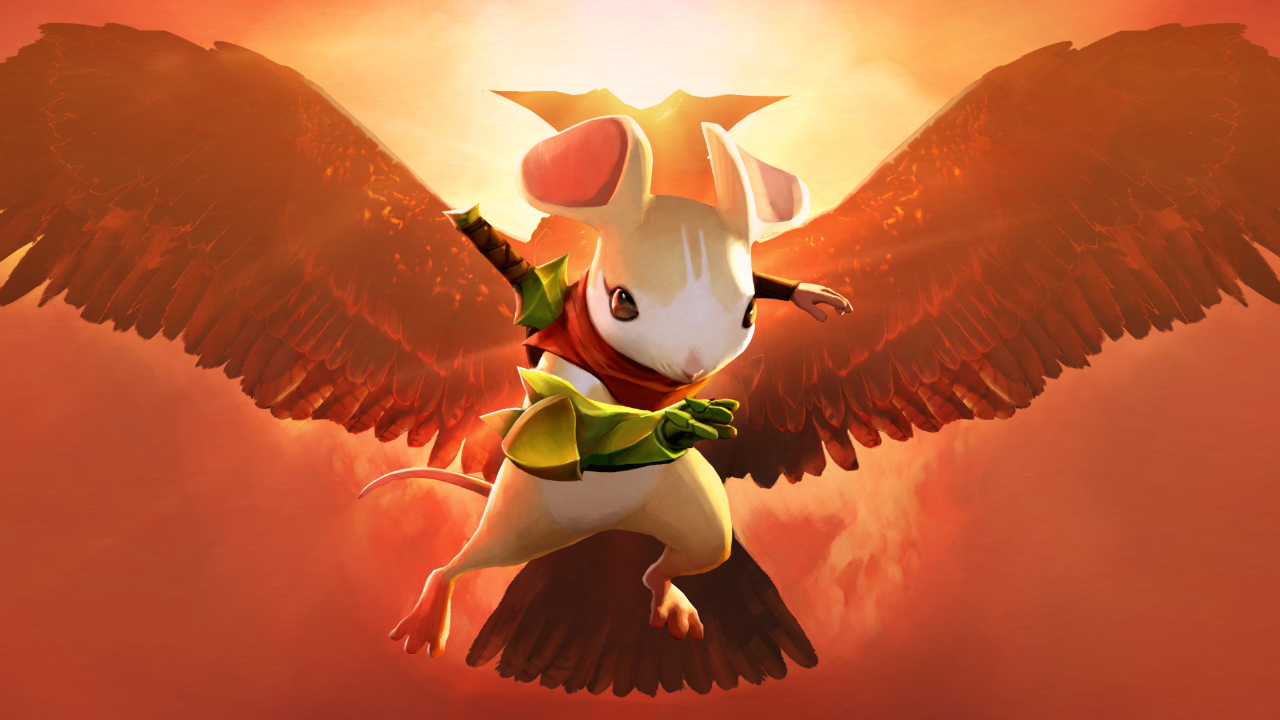 I loved Moss. Every second of the game was an absolute treat, and I had nothing but high praise for the game when I reviewed it in 2018. Polyarc, the Seattle-based talent that brought it to life, took some huge swings, and every single one of them landed in a big way. It’s easily one of my favorite VR games of all time, and I’m not alone in that sentiment. Now, the team is back with the second Book for our favorite little mouse, and we’ve gotten a sneak peek ahead of the imminent launch. Let’s take a brief look at Moss Book II. 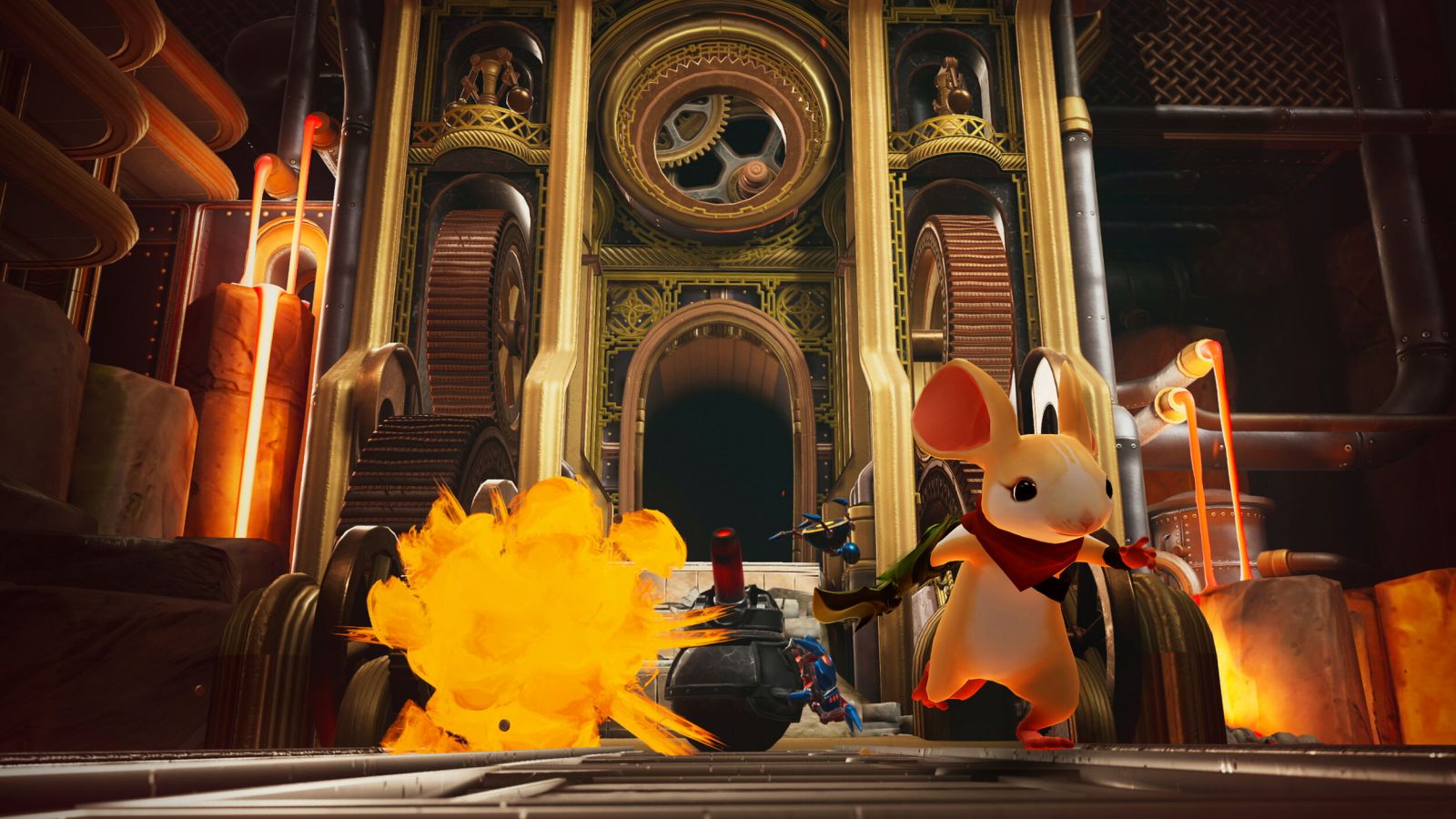 I don’t want to ruin anything, but the main thrust of the first Book is that Quill, the story’s protagonist, has set out to rescue her uncle Argus from the clutches of the Arcane. Successfully rescuing her uncle and battling the main boss doesn’t end her quest. Now she must contend with a winged beast as she battles to escape the cursed castle, as well as the clutches of the Arkane. I won’t say more so as not to spoil the adventure, but you can see our demo adventure for yourself right here:

Quill used her sword extensively as well as the environment to beat the various creatures and puzzles that stood in her way in Moss. In Moss Book II we see her weapon roster expand along with the baddies she might use them against. One example is a giant hammer that we saw used against the heavily armored enemies like Screechers just as often as it was used to hammer a button or block to actuate a puzzle piece. The team is once again pushing the puzzle elements of the game, and I couldn’t be happier. The weapons aren’t single-use, so you’ll be challenged to use the right gear at the right time this go-around. 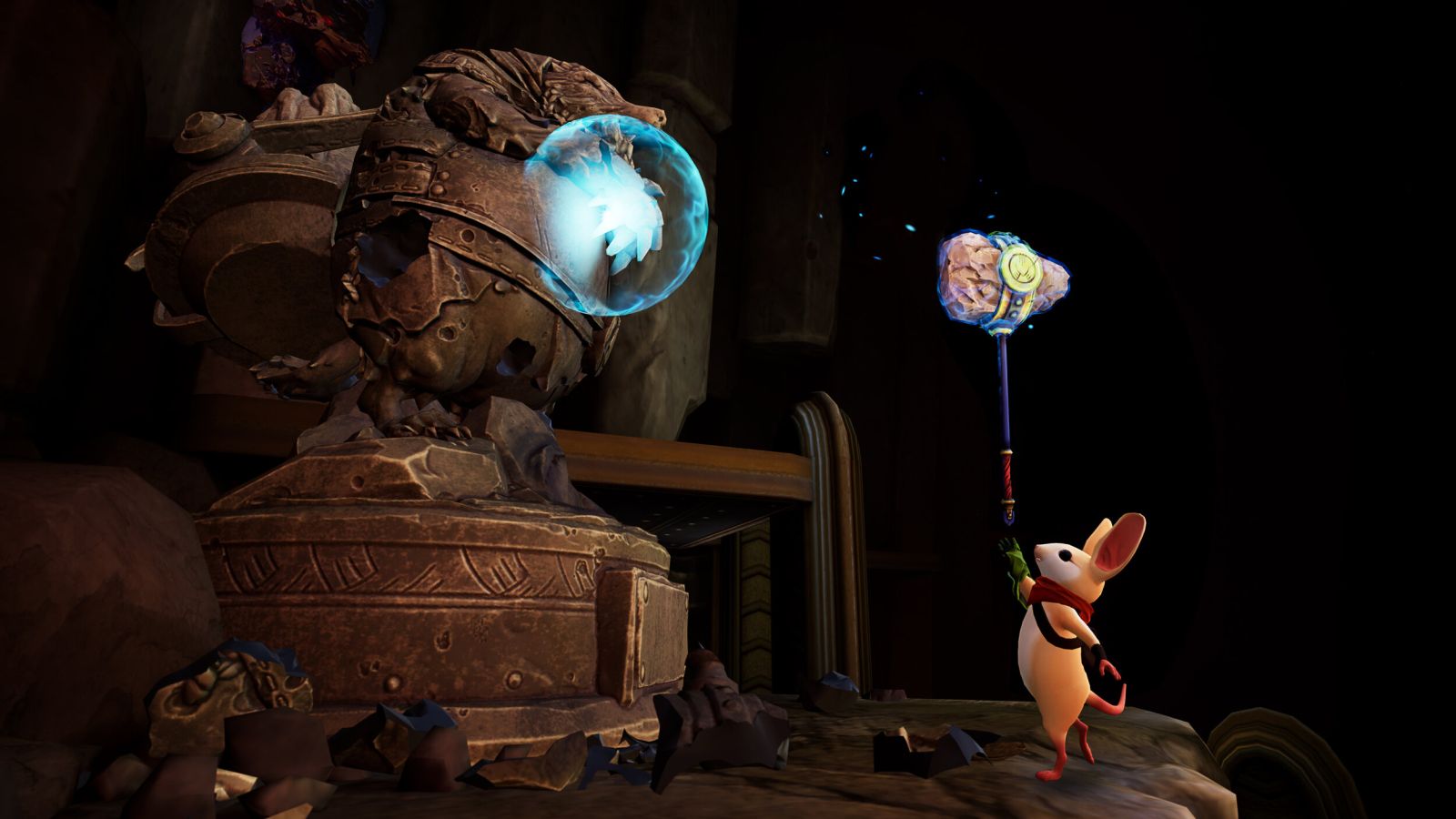 It’s immediately apparent that the team at Polyarc is taking full advantage of the power of the PlayStation 5. Load times are instantaneous, and the graphical fidelity has received a serious shot in the arm. Granted, we can’t really judge properly until we can play the game in a VR headset, but what was being outputted to our demo was downright AAA-impressive. Little Quill is more expressive than ever, and tiny details like the reflections in her eyes brought her to life. While the forest castle was beautiful, the mountains and clockwork castle we saw this time around really raises the bar. I daresay the colors have improved as well.

The team was quick to recognize that players (including myself) wanted more, and from the sounds of things Moss Book II could be upwards of double the length of its predecessor, or more! 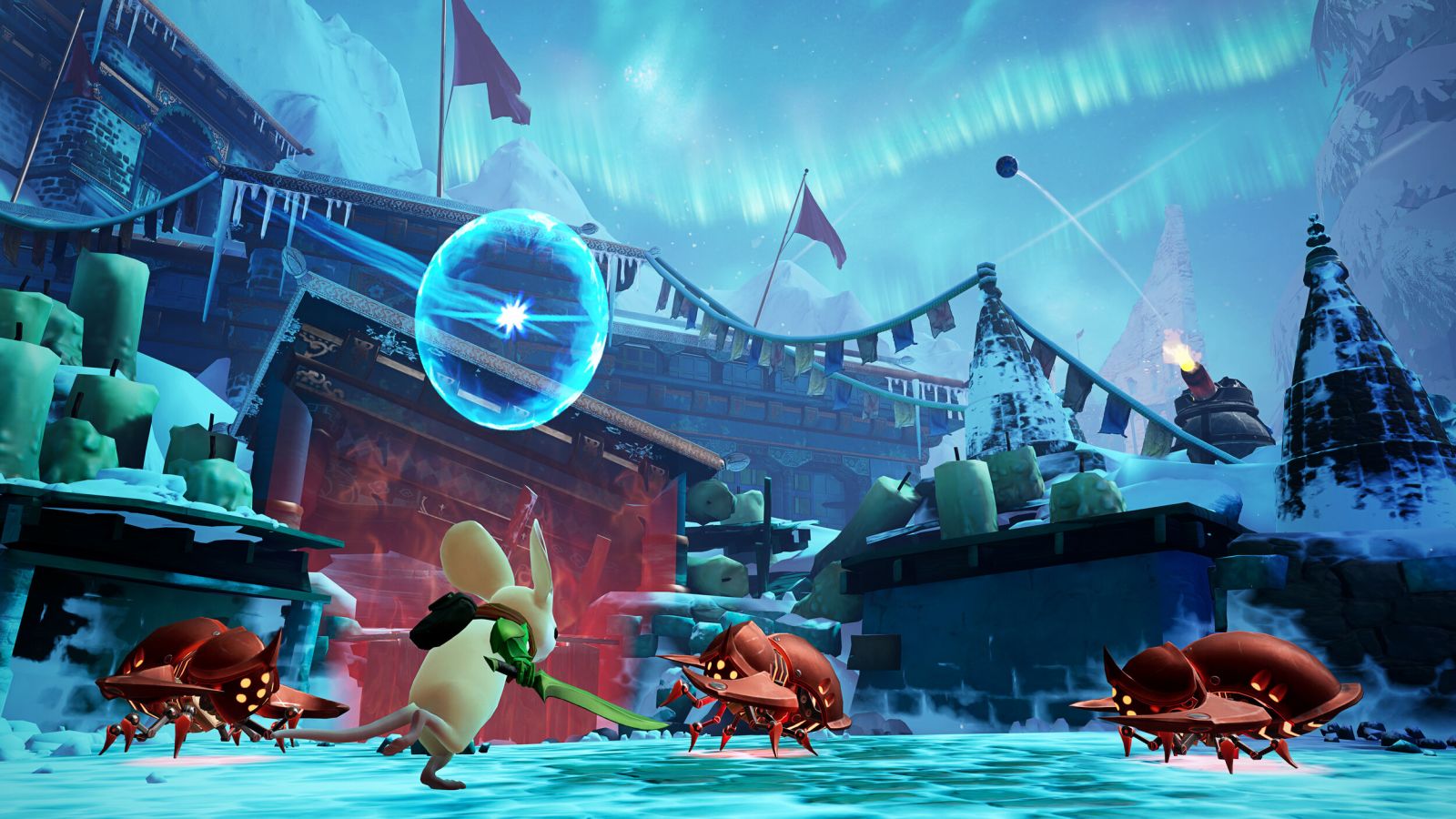 Polyarc has time and time again stated that they want to push the boundaries of virtual reality, and we see some aspects of that in Book II. There is more interactivity everywhere, it seems. During one sequence the player reached into the world and shuffled the tendrils of vines to help guide Quill to various objectives. In another, the player tapped a rolly-polly scarab, using it as a pinball to solve a puzzle. In one puzzle, the player had to guide Quill onto a platform for the player to grab a handle and lift. These tactile moments are what makes virtual reality special, and Polyarc is leaning into that, hard. 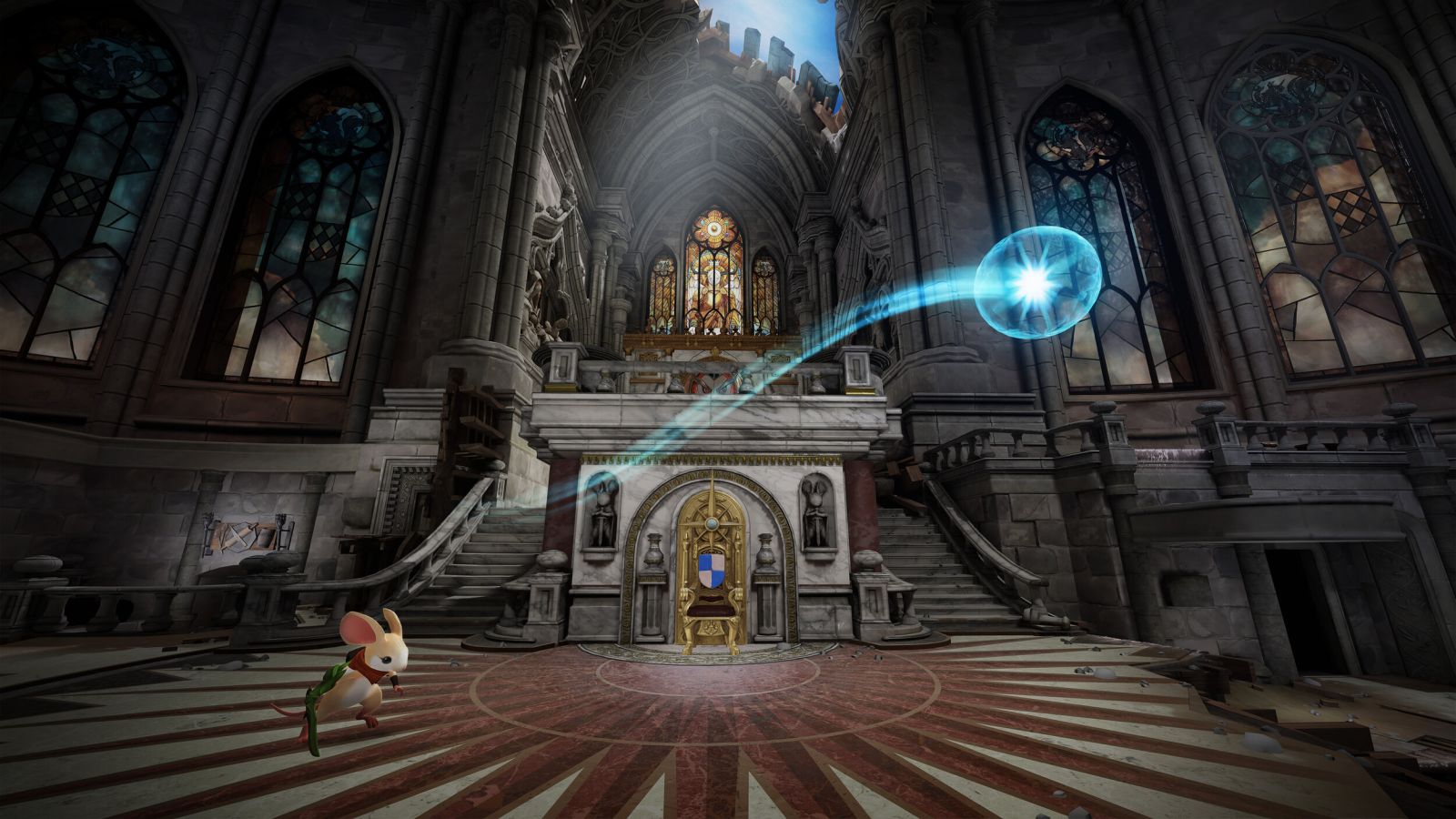 While our demo was just a fraction of what we’ll play in the full version, it’s already apparent that worldbuilding is a big part of this sequel. Clockwork forges and greenhouses teeming with life are just two of the new set pieces we can expect in Book II. Each area is a puzzle, and it’ll be a pleasure to see what mysteries they hide.

While we haven’t gotten our hands on PSVR 2 yet, it’s a good assumption that Sony will work hard to ensure backwards compatibility. It’s also very likely that the PSVR 2’s additional graphical fidelity will help raise Moss Book II to its highest potential. 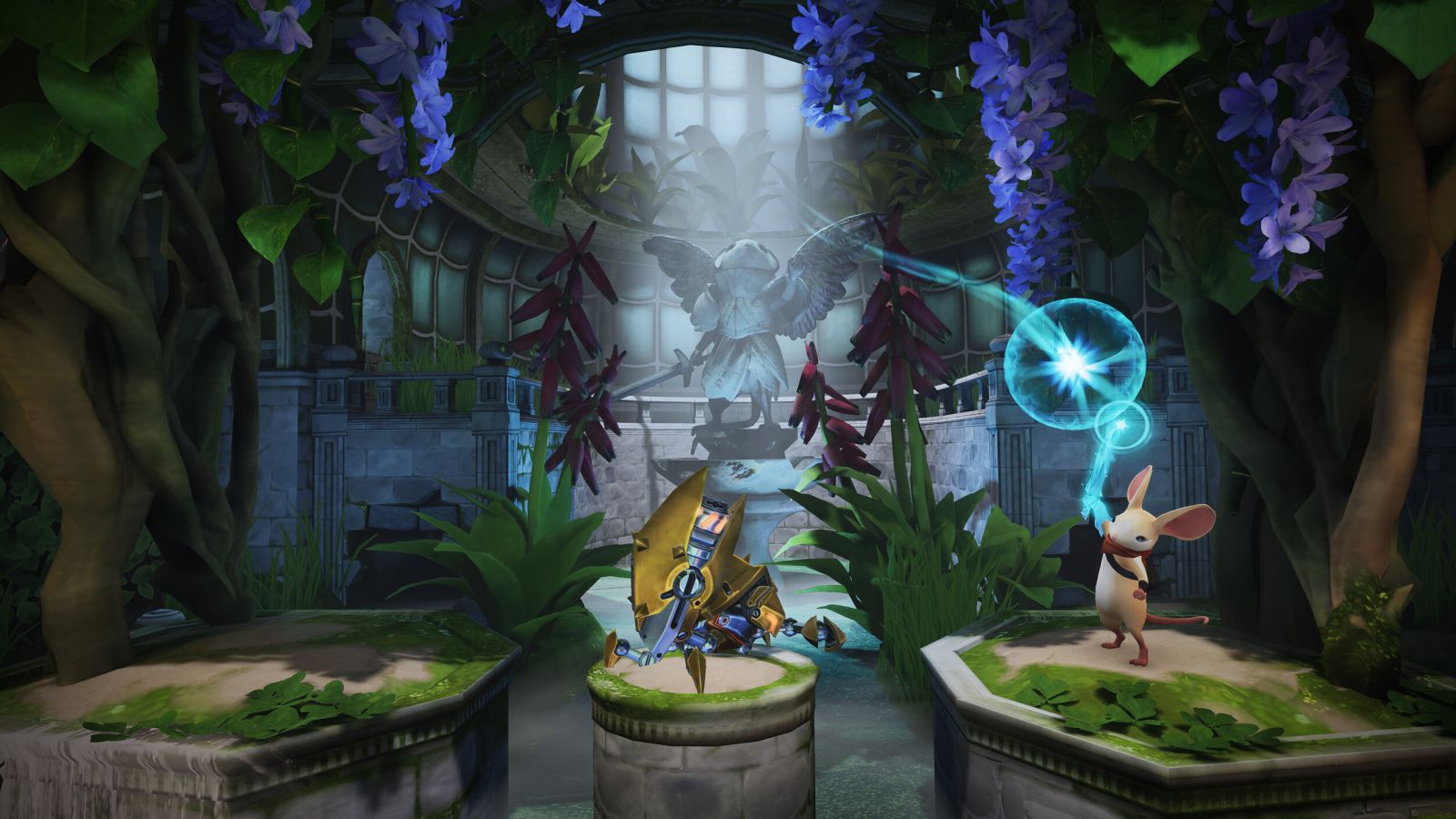 The best announcement of all was the long-awaited release date of just two weeks from now – March 31st, 2022. For true fans of the series, you’ll also be happy to see a limited-edition screen-printed poster to celebrate the release of the game. Designed by Kyle Sauter, it looks absolutely gorgeous. You can snap it up at Amazon, but be quick – these aren’t going to last long, I guarantee it. 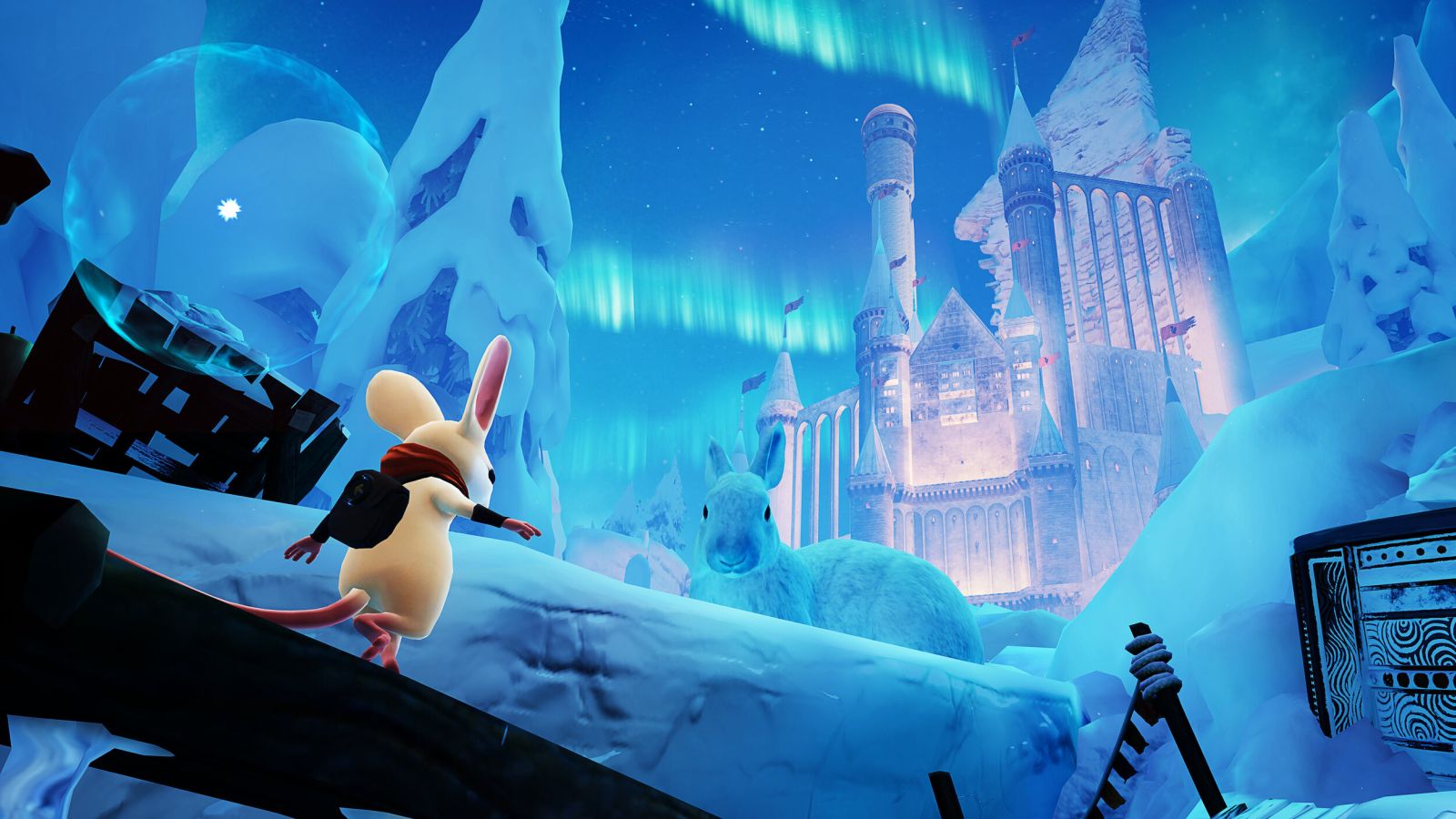 Stay tuned as we’ll be going hands-on with the final version of the game very soon. Look for our full review at launch in just two weeks!