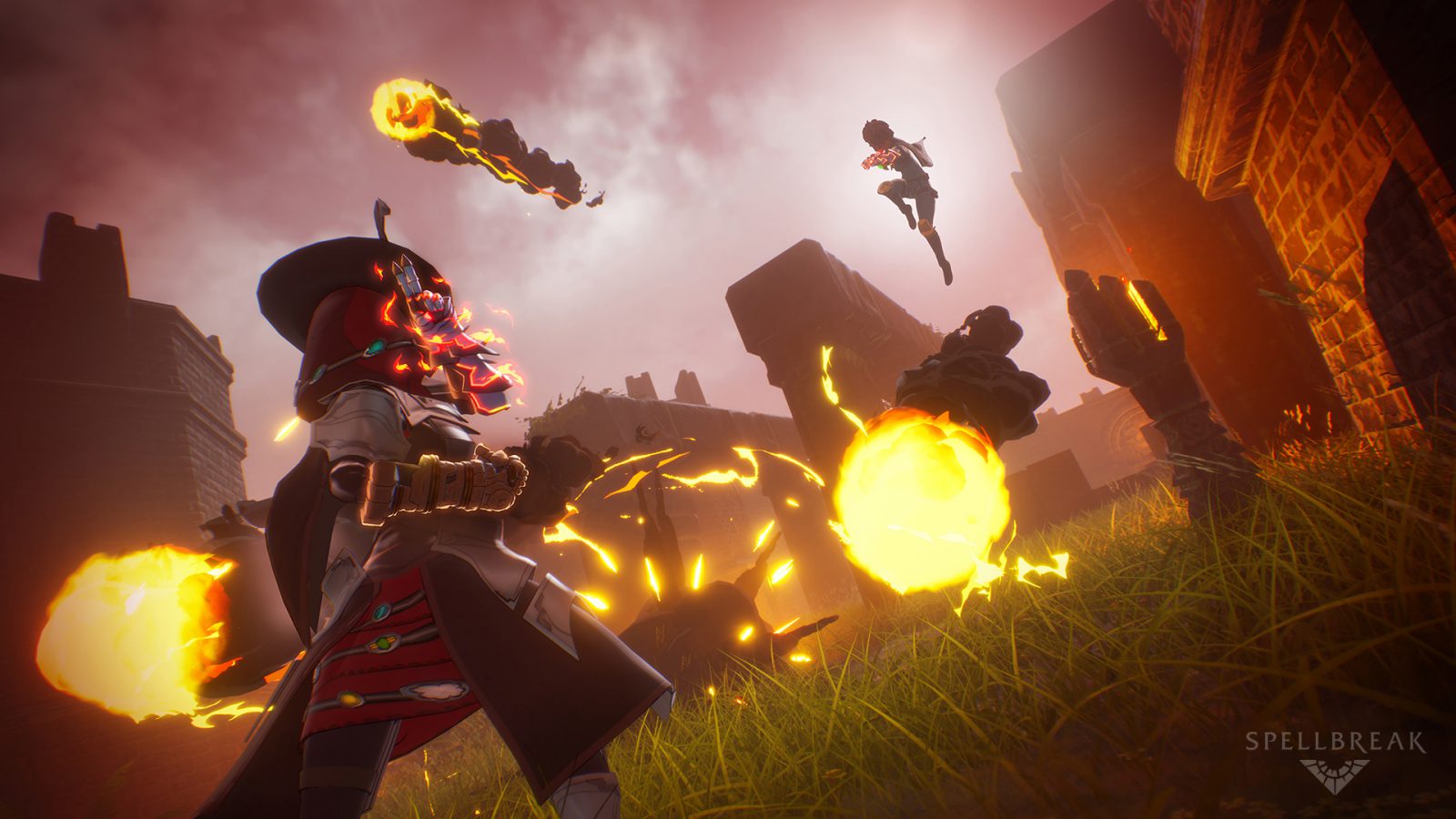 Spellbreak is the new kid on the block, here to provide a lead-free alternative to your typical battle royale. It’s a third-person, magic-casting fight to the death set in a stylish, cel-shaded world—and it’s tough as nails. Don’t be fooled by its whimsical aesthetic, Spellbreak has both the depth and skill ceiling of its contemporaries, perhaps going even further. That’s because Proletariat Inc. has put together a multiplayer experience that has more in common with arena shooters than you’d expect from the average battle royale.

The closed-alpha features the standard battle royale modes: solo, duo, and 4-player squads. Inviting friends is a bit of hassle, as it currently requires one member to send a key to be copy and pasted by the rest. Don’t expect any instant starts, however. Spellbreak’s playerbase is still relatively low, so a few minutes of waiting is guaranteed. But the dedicated community has been at it for months, playing behind closed doors and experimenting with all the class and gauntlet combinations. As a newcomer, expect to be thoroughly thrashed your first few sessions.

It’s easy to be overwhelmed at the start; there’s no real tutorial or training modes available. You’re in the middle of a series of colorful explosions one moment, back to the menu the next. Luckily, there’s a practice mode where beginners can play around with all the equipment, classes, and gauntlets. It’s a far cry from practicing against moving targets, but it’s a valuable crutch nonetheless. 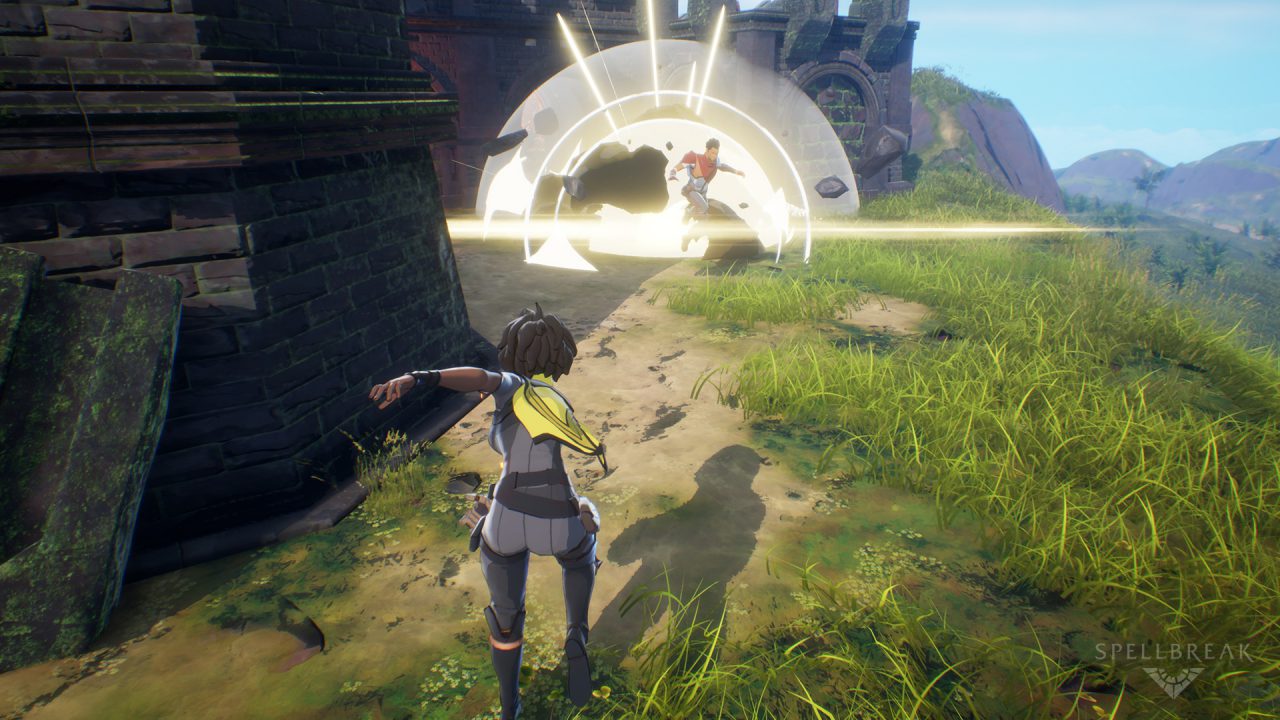 The most aesthetically pleasing battle royale.

Each match holds roughly 35 players (hard to determine the limit given the population) with the game’s lone map big enough to provide everyone with a healthy amount of loot—you’ll definitely need as much as you can get. Each player can equip two classes each match that grant them various passive bonuses that can be leveled up as they play. They can equip a gauntlet in each hand and are virtually useless without at least the two. Boots, belts, and necklaces make the up all the equippable gear, with another slot for runes which offer an additional skill on a cooldown. Four inventory slots are available to hold health and armor potions or additional runes, equipment, and gauntlets. Gauntlets have a primary fire that drains auto-regenerating mana, and a special attack with a hefty cooldown timer. Because you can have two at once, finding the right combination of elemental gauntlets is crucial to your success, and make sure your classes complement them as well.

A handful of “meta” builds already exist, but it’s up to the user’s skills to put them to proper use. High-skill players can also juggle multiple gauntlets by swapping their primary gauntlet with others in their inventory. The map’s verticality, combined with the mobility offered by ruins and gauntlets, turns any hotspot into a high-flying, spell-spamming warzone. Having to land multiple hits in succession is a daunting task, especially when most spells have travel time. The key to success is to use your spells’ properties to your advantage, combining different gauntlet elements to trap and punish the competition.

It’s the spell synergy that keeps veterans coming back. The possibilities only increase when you’re playing duos or squads—more gauntlets means more spells, and that opens the door for more complex combinations. One player could drop down a poison cloud, then use another gauntlet to freeze it solid while their friend sets off the makeshift toxic bomb with a fireball. You’ll be blown away by what’s possible. It also helps that the spell effects are absolutely gorgeous, more so when you’re pulling off combos.

You might find the odd UI bug here or there, but Spellbreak is an alpha game that has polish in the right places. Though I didn’t notice myself, friends I played with had the occasional complaint about the servers’ stability, so that’s something to keep in mind. In addition, primitive shapes serve as placeholders for objects that have yet to be modelled, visual guides for certain spells are in a similar position, the ruins that populate the map appear to be duplicates of a handful of variations, and of course, the less than ideal way to invite your friends. If you’re not one to dive into an experience while it’s noticeably unfinished, then you won’t miss out on anything if you decide to wait on it. If you absolutely can’t wait to start summoning tornadoes, then you sign-up for the alpha, or purchase founder’s packs if they return in the future, with the confidence that the game’s core gameplay is already in tip-top shape. 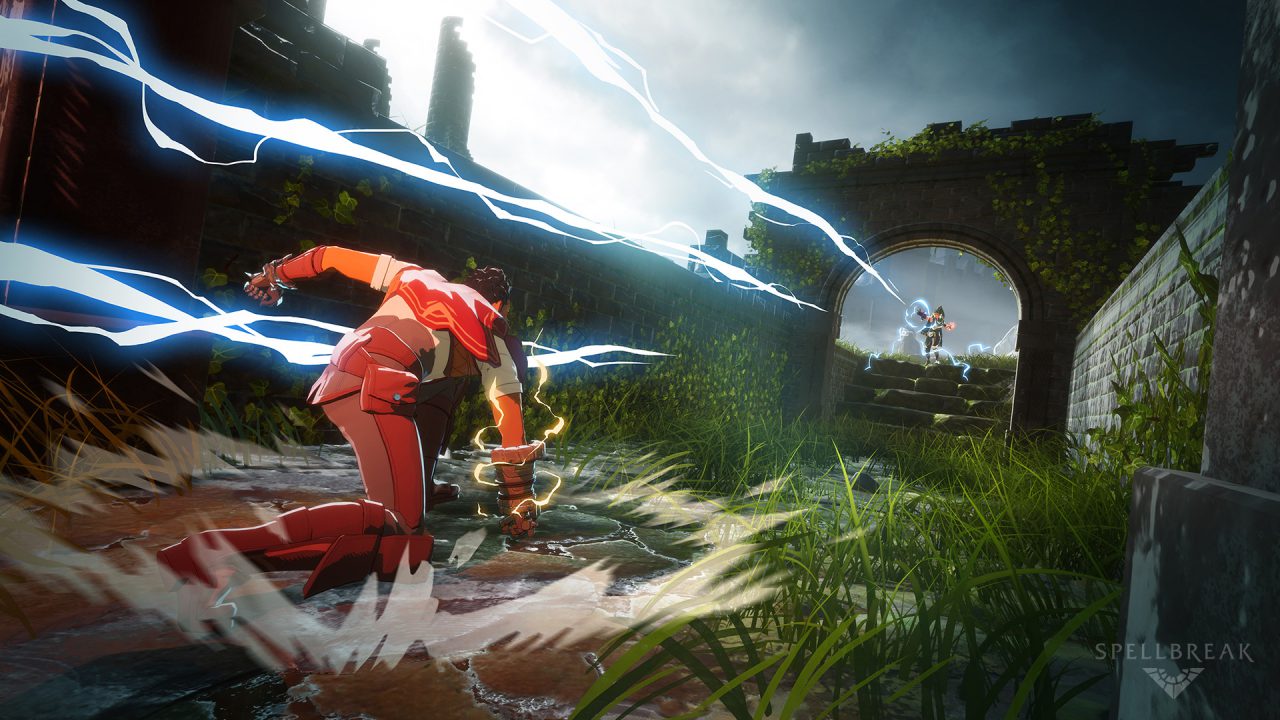 Lots of elements to master.

Players can sign up for Spellbreak’s closed alpha through the Epic Games Store or from Spellbreak’s website. While you wait for access, Spellbreak suggests that you join their growing Discord server. At Gaming Trend, we suggest you stay tuned for more news on Spellbreak and our future review later down the line.