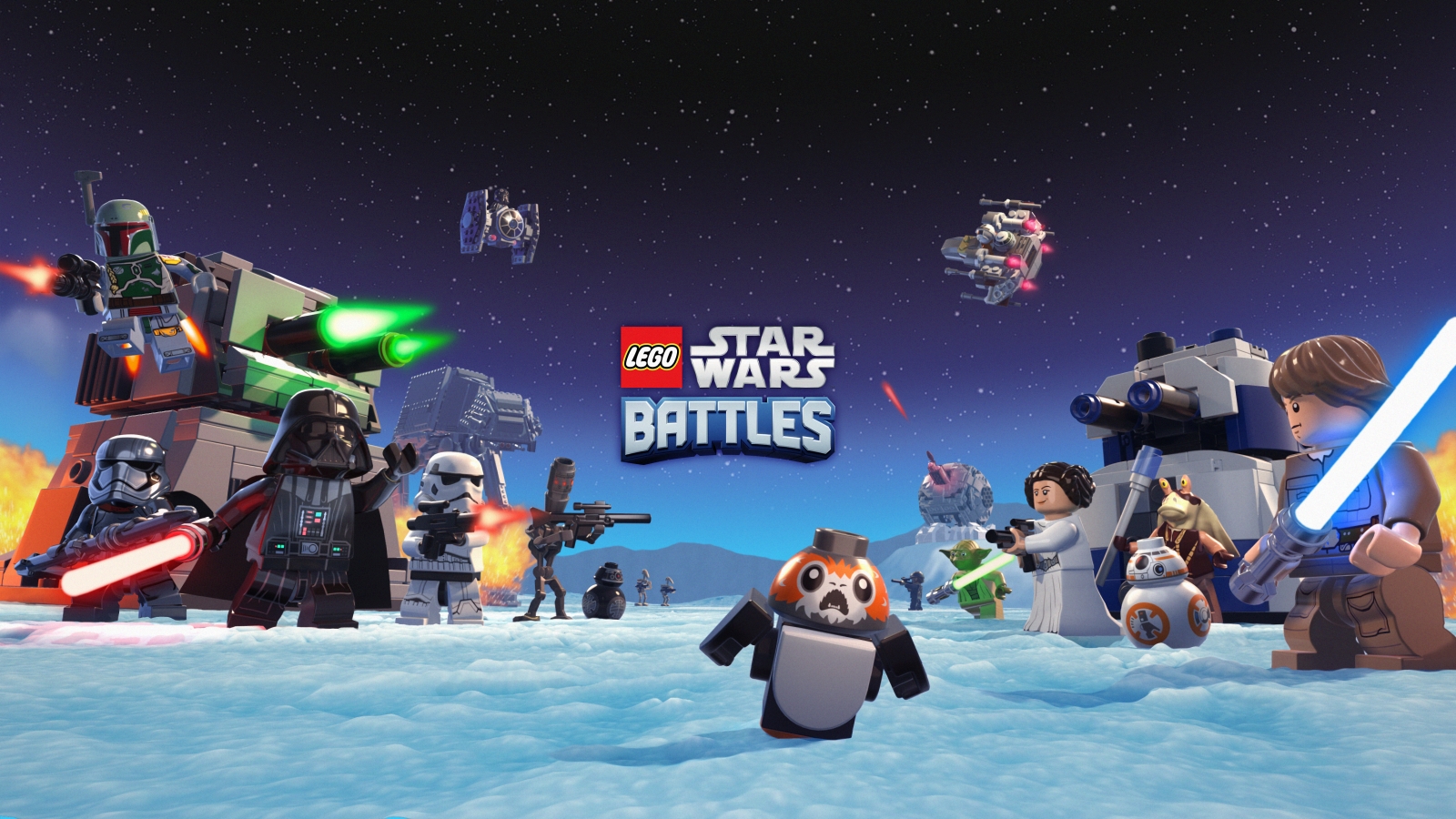 When I was little, I was obsessed with LEGO Star Wars. I played the original PS2 game by Traveler’s Tales constantly, and devoured the original trilogy game on PSP. However, as I got older and LEGO delved into more and more properties, I fell off the series. It felt like each game was exactly the same as the last so, while my littler brother still loved them, I moved on to other games. Sure, I’ve enjoyed some of the recent Star Wars movies and games, but not when combined with LEGO since back in the day. Now, however, that obsession may come back in full.. Uh… Force with LEGO Star Wars Battles on Apple Arcade. We got the chance to attend an early look at the game before it launches this Friday, so let’s dive right in!

LEGO Star Wars Battles is a multiplayer focused tower defense game. After choosing a planet to play on, you’ll be matched with another player and placed on the Dark or Light side. Then, you send out units from your deck with the goal of destroying your opponent’s central tower. If you’ve played the Yuffie DLC for Final Fantasy VII Remake, this is essentially the same thing as that game’s Fort Condor minigame. Of course, instead of choosing what your side of the board will look like before battle, you build everything!

As the line of battle moves back and forth depending on how far your units have advanced, you can place new units from your deck or build towers up to the line. For example, a map we saw had three open spots on each side, and another in the center. To get an early advantage, a player may want to put off building a tower on their side to capture the center. From our brief look and the excitement of the developers, it looks like there will be a ton of depth and strategy in each match.

As this is a mobile game, you may be worried about microtransactions and a pay to win system, but there is thankfully nothing of the sort in sight. The only fee is your Apple Arcade subscription, and everyone is on a level playing field. There are some typical mobile game mechanics like having to wait for card packs, called Scans, to open, but TT games has found a way to make that interesting. By winning or doing well enough in a certain amount of matches, your currently unlocking Scan will be boosted increasing the amount of goodies inside. I don’t often play mobile games outside of single player experiences, but this might just hook me. 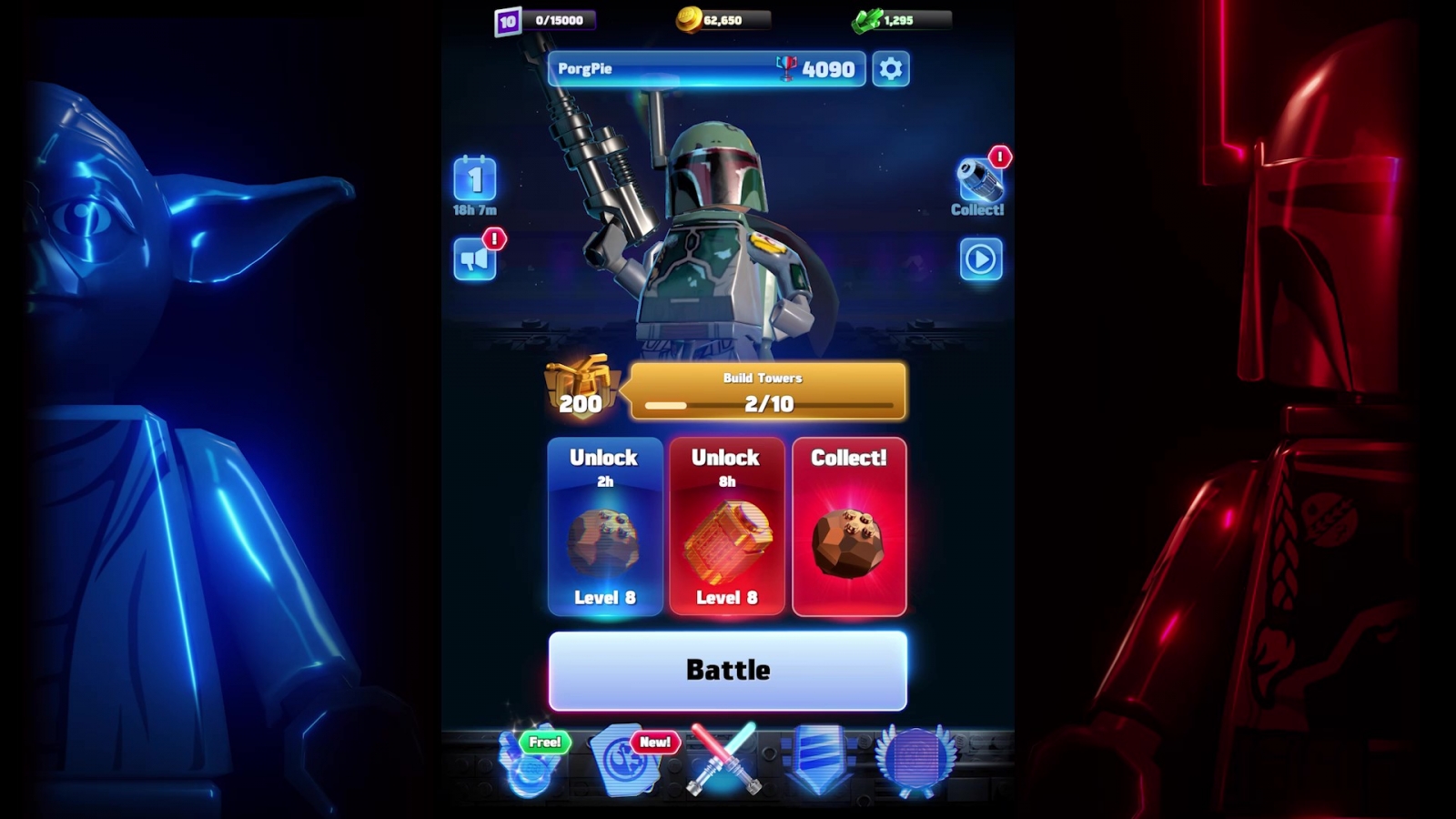 Speaking of single player, Battles does have an offline mode against the AI, but its focus is on multiplayer. There’s no story mode, but it definitely looks to bring the LEGO charm in full Force with playful emotes and seeing the real-time LEGO building animations. The game is a looker as well, you can tell there was love poured into each planet and character with dynamic lighting and real-time reflections. I’m actually a little worried about running this on my rapidly aging iPhone 8 it’s just so dang pretty. While you can play the game on Mac or Apple TV, I’d rather be able to pop it out for a quick match or two which seems to be the intention. Matches go pretty fast and there are daily rewards you can log-in to receive.

The more I see of LEGO Star Wars Battles, the more excited I am to dive in. Look for our review shortly after launch on September 24th.