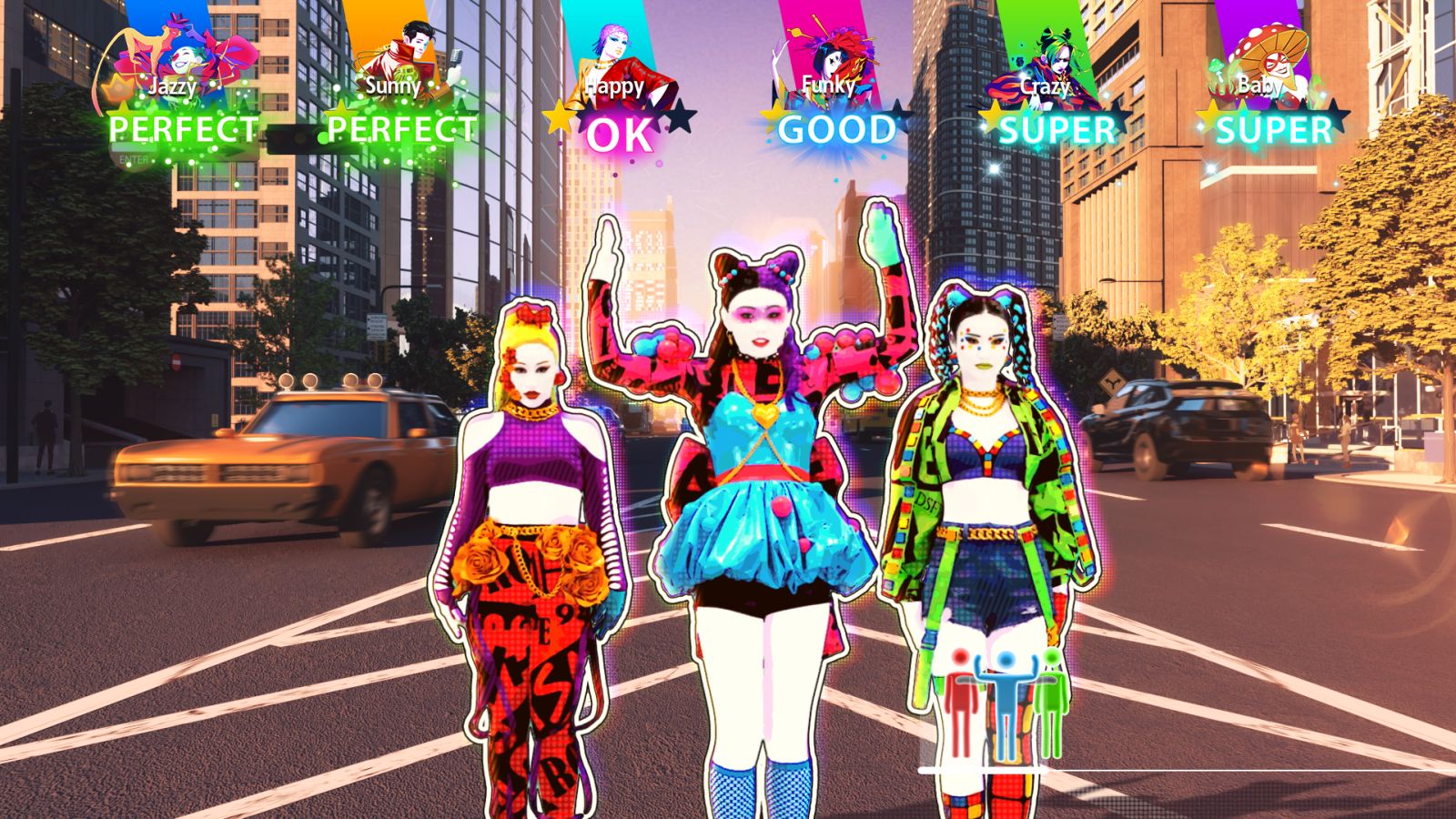 We’ve been grooving to the beat with Just Dance for a while (since 2009, in fact), and while other dancing games have come and gone, Just Dance continues to absolutely dominate the rhythm space. Year after year, the team at Ubisoft has delivered fresh tracks, new dance moves, and features such as improved motion controls, integration with mobile devices, video capture, and much more. Just Dance has been an inspiration for folks to get off their seat and move their feet, becoming an international sensation. Sure as the sun rises in the east and sets in the west, we’ve got a brand new Just Dance coming later this year, but this one…well, heads up, it’s a whole new jam.

The first thing you’ll notice with Just Dance 2023 is that you can see things a whole lot more clearly. The dancers that you’ve followed for years are now far more clearly represented. Sure the game is still a candy-colored explosion, but you can now see enough details to recognize that the folks on the other end of these beats are having as much fun as you. Similarly, the backgrounds are more realistic…well, if you don’t count the giant spacesuit wearing cat that was floating in the background astride a giant whale. Ok, let’s just say it’s clearer than before and call it good. 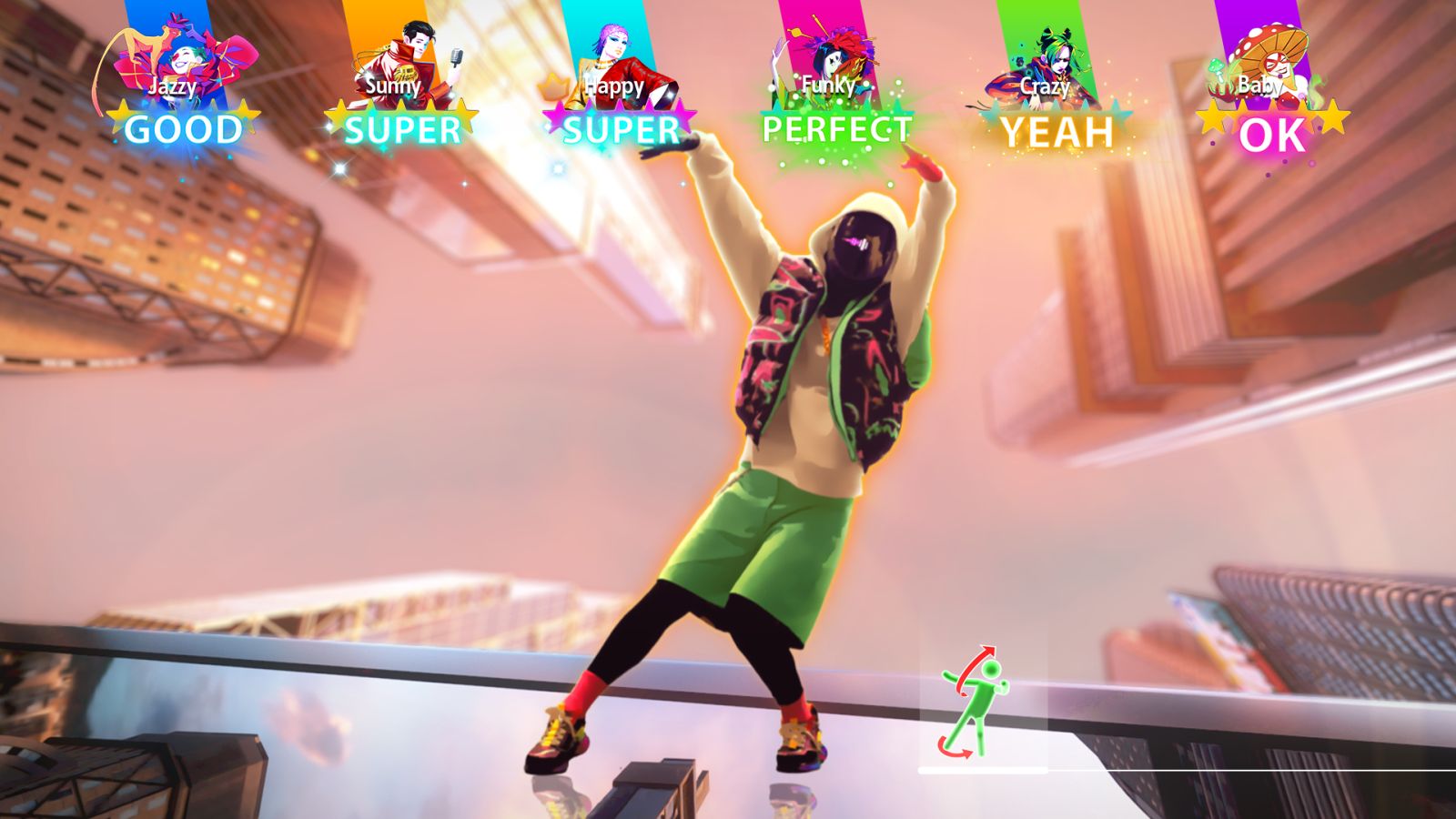 The next major thing you’ll probably notice is a brand new user interface. The system that we’ve been using for years was getting a bit long in the tooth, and the team really took it upon themselves to overhaul it to tie into the next big feature – a revamped song recommendation system. Combined with a fresh art style, it’s now clearer than ever what songs are waiting to be discovered, how challenging they might be, and what your friends think of them. Updated and hip, this new look is still evocative of the Just Dance we know and love, but it’s fresh and bold. The “World-Wide Faves” panel reminded me of really enticing YouTube panels, with the song clearly shown, as well as a look at the dancers you’d be embodying if you jump in. There’s also new organizational tools like star ratings, which are prominently displayed, as well as panels called Playlists that work exactly as the name suggests. Find a mood like “Party Night” or “Savage K-pop” and get that body moving. I’m just happy to spend less time searching and more time playing.

One of my favorite things about this new Just Dance is that the team is looking to do a bit more storytelling with their dancers. We briefly saw some examples of this when dancers were dancing their way through a magical oasis, or living their best life on stage in front of the glittering lights of the paparazzi. 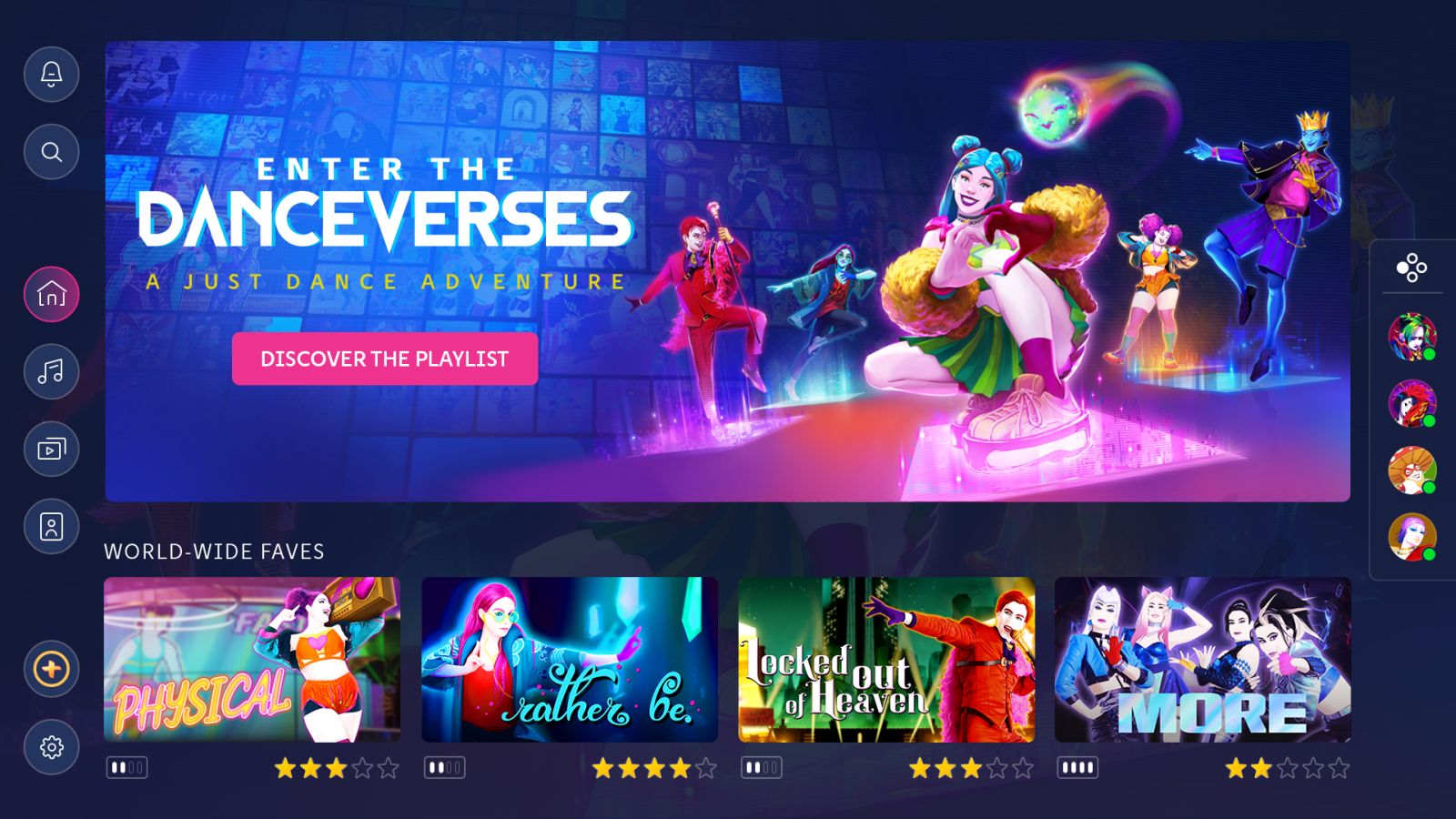 Representation is important, and Ubisoft continues to embrace this. During our brief demo we saw some of the new dancers that we’d get to play, and they came in every color, shape, and size. There’s somebody here you can identify with, and that’s fantastic. If you are going to get out of your shell, it’s great if you can do it with somebody who looks like you do, or at least looks like how you want to be seen.

The biggest addition to Just Dance 2023 is one we’ve been asking for literally for a decade – the game now supports online multiplayer. Now you can team up across the globe to dance with whomever you want, wherever you want. In fact, the game will support up to six players simultaneously, with the ability to run private sessions or to get out there and meet new friends. 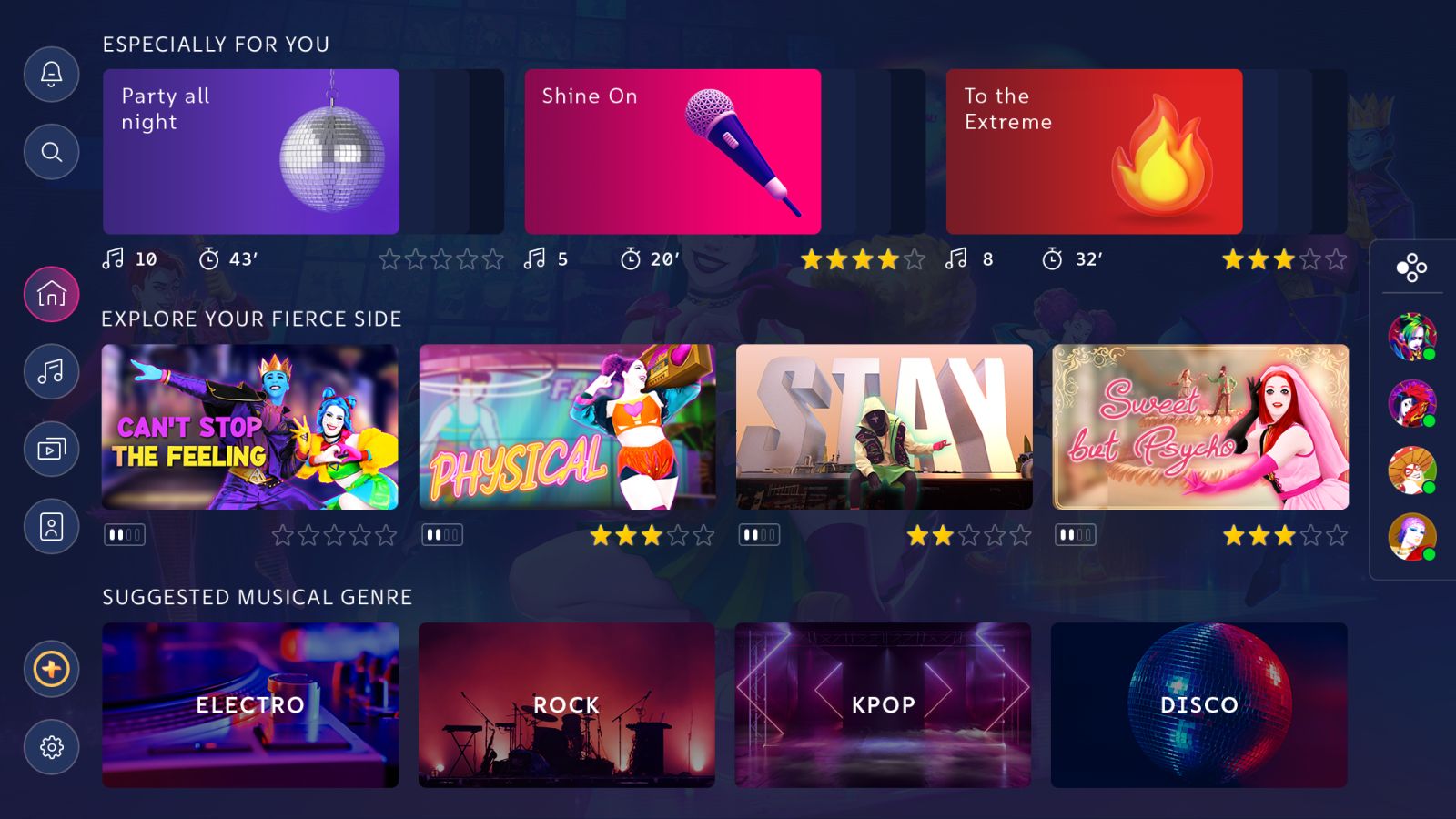 When you do finish up a song with friends, you’ll be introduced to a brand new player screen. A winner with the highest score is declared, of course, but you can also see the profile personalizations you’ve selected, as well as the ones your friends have attached to their player cards.

As in previous years, Ubisoft will be supporting the game with fresh songs via seasons, new challenges, daily curated playlists, fresh game modes, and more. In our short presentation, we saw Can’t Stop the Feeling! from Justin Timberlake, If You Wanna Party by The Just Dancers, Rather Be by Clean Bandit Ft. Jess Glynne, More by K/DA Ft. Madison Beer, (G)I-DLE, Lexie Liu, Jaira Burns & Seraphine, Sweet by Psycho by Ava Max, Locked Out of Heaven by Bruno Mars, Love Me Land by Zara Larsson, Stay by The Kid LAROI & Justin Bieber, and Physical by Dua Lipa, with more fresh track reveals promised to be coming very soon. 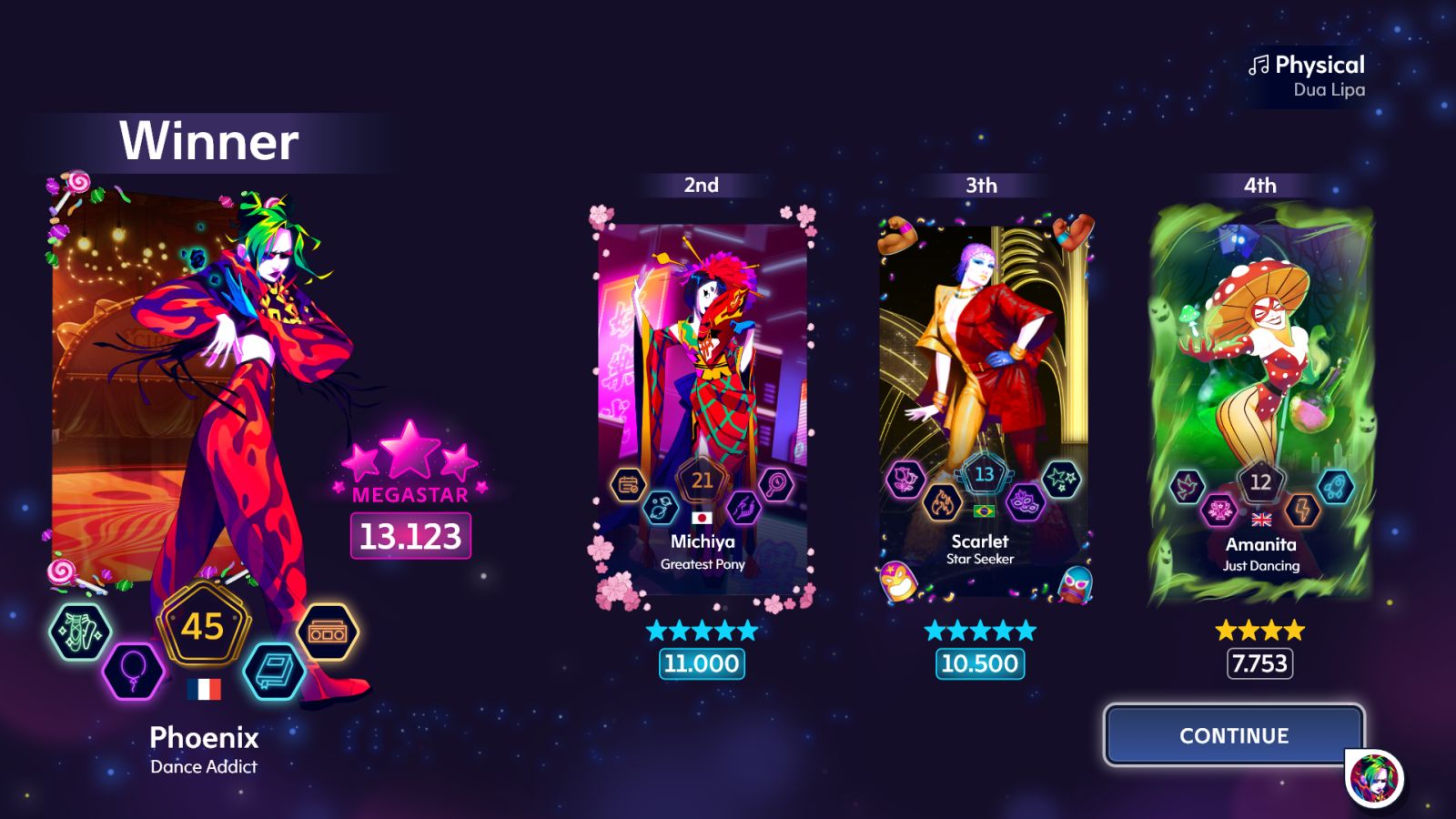 This was our first look at the game, with the promise of more to come. You can look for Just Dance 2023 Edition on Nintendo Switch, Xbox Series X/S, PlayStation 4/5 on November 22nd, 2022, with Stadia coming a bit after the launch date.