The time is fast approaching to build your own park with Jurassic World: The Legacy of Isla Nublar. On March 22nd, 2022, Funko Games and Prospero Hall will launch their Kickstarter for this new, all-included board game which asks if you can do a better job of building a dinosaur park than Dr. Hammond.

The Legacy of Isla Nublar has a number of unique features, starting with its unique approach to its Kickstarter campaign. There will be no stretch goals, no special editions, and no unlockables; the basic pledge covers every feature, figure, booklet, and trinket the game designers want to include. And that’s not a small number of features–the complete kit weighs in at 7 pounds and includes a dozen adventures, comic books to introduce said adventures, 14 dinosaur figures, and a plethora of tools, trinkets, a raptor talon scratcher, and even a mosquito-in-amber-themed D20 to help immerse you in the world of Jurassic Park. 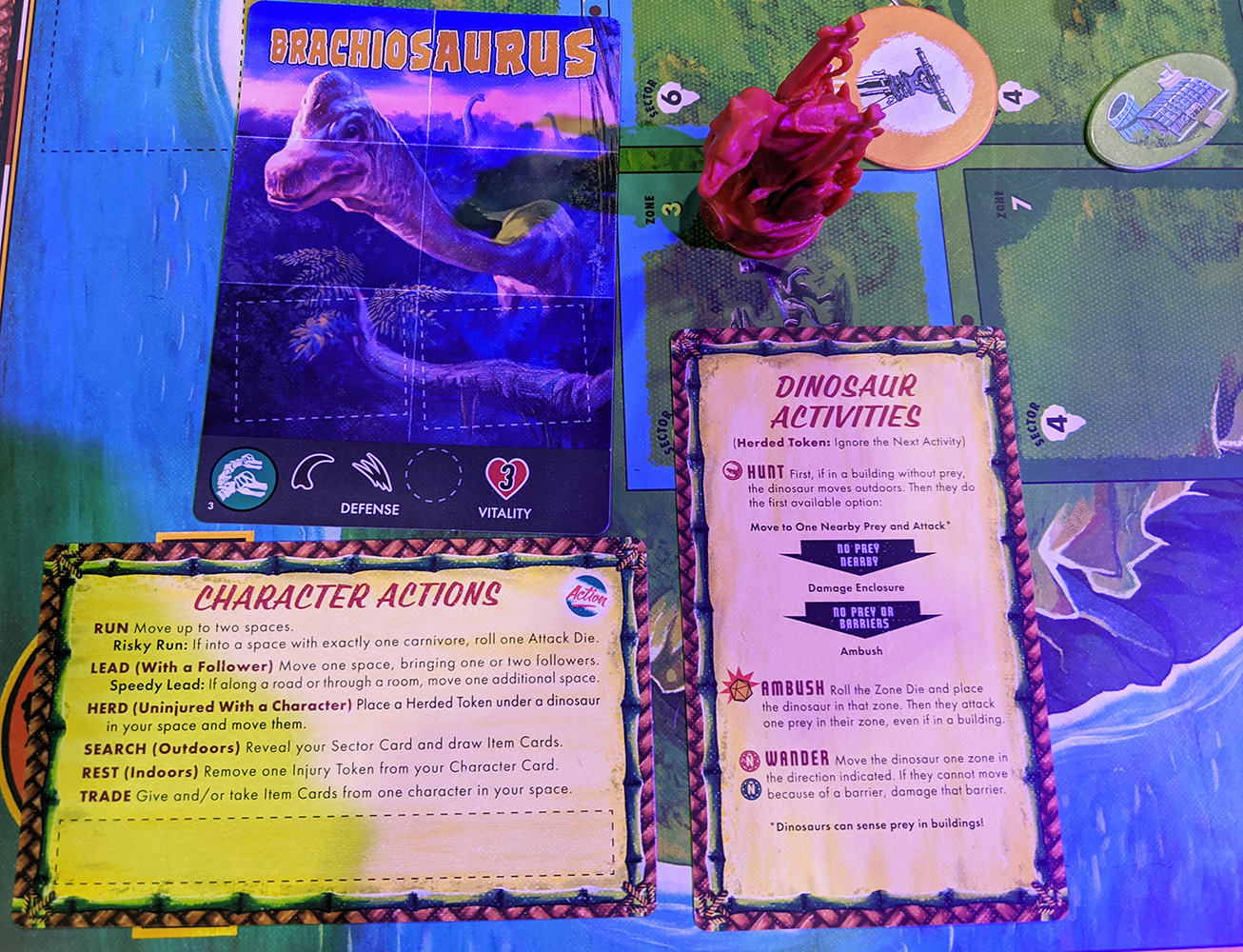 Opening the box, players will get to hop into the adventure with four dinosaurs on the board, two carnivores and two herbivores, and will be able to assume the role of a number of characters who help build the park. Each round consists of nine actions, which must be split between the players you have at the table. Turns can be used to survey an area to get an idea of how the dinosaurs will behave in the next round, constructing buildings or barriers, or interacting with mini-games within buildings.

The Legacy of Isla Nublar is a legacy game, meaning that, outside of the tutorial mission, each play session will permanently alter the map, character abilities, and dinosaurs for all future games. The tutorial mission, which can be replayed indefinitely, is framed as a dream Dr Hammond has while en route to the island. Using temporary tokens and markers, players can get a feel for the rules and pace of the game, but once the envelope for their first real adventure is torn open, the tokens are replaced by stickers, laying the groundwork for future adventures. 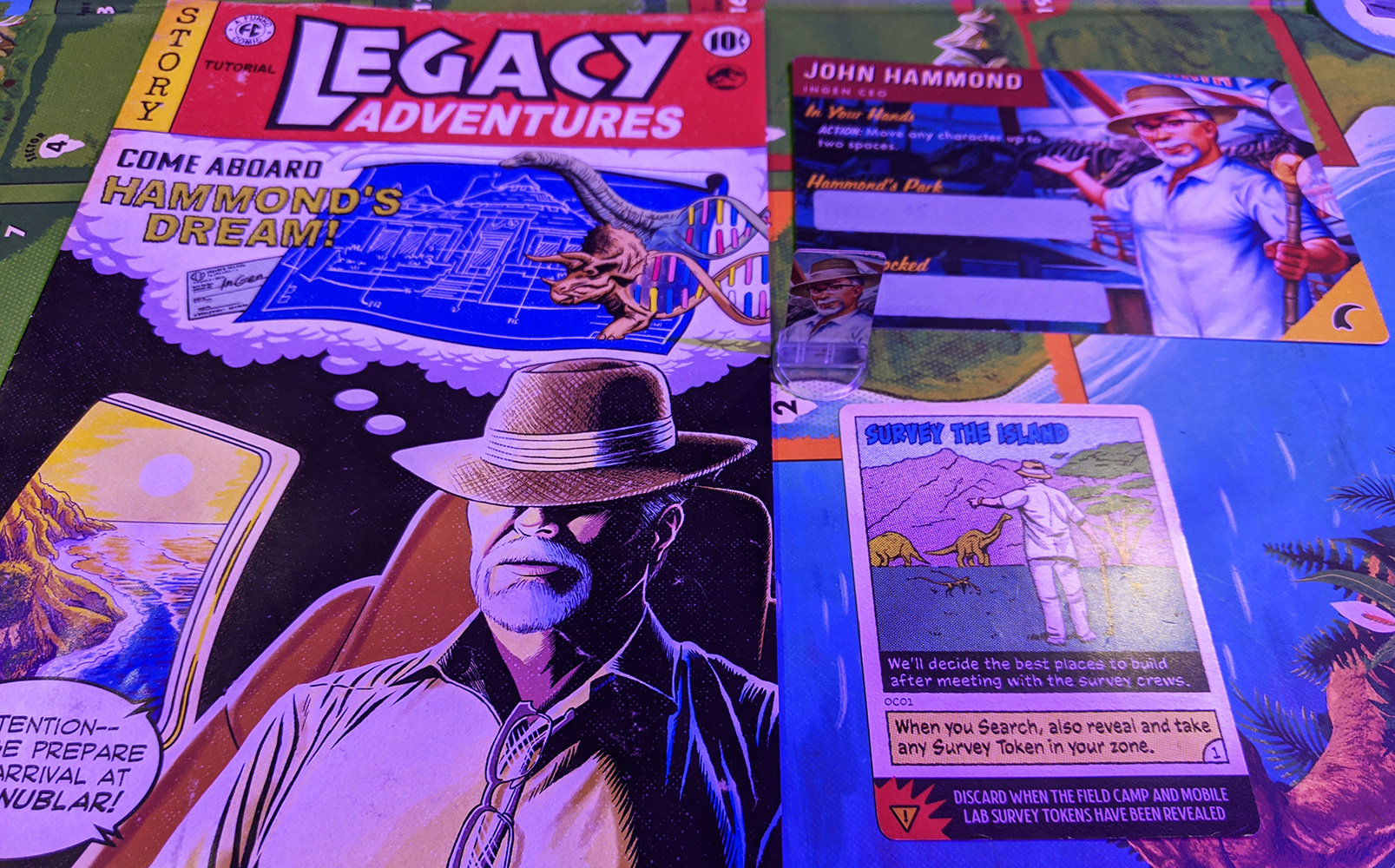 Players can use the DNA lab to unlock new dinosaur types – 4 carnivores, 4 herbivores, and 2 mystery Wu Creations, denoted in purple boxes. What kind of dinosaurs are available to unlock? Do they replace the default four, or are they additional creatures to keep track of? The team was closed-lipped about it all, and no amount of cajoling would get me an answer, nor a peek inside the closed boxes.

Likewise, players can upgrade the playable characters, unlocking new skills. The names of these skills are printed on the character cards, though the details of exactly what these abilities do are hidden beneath a scratch-off foil. You’ll have to budget your moves and plan your upgrades with future gaming sessions in mind, as once something is unlocked, there’s no undo button. 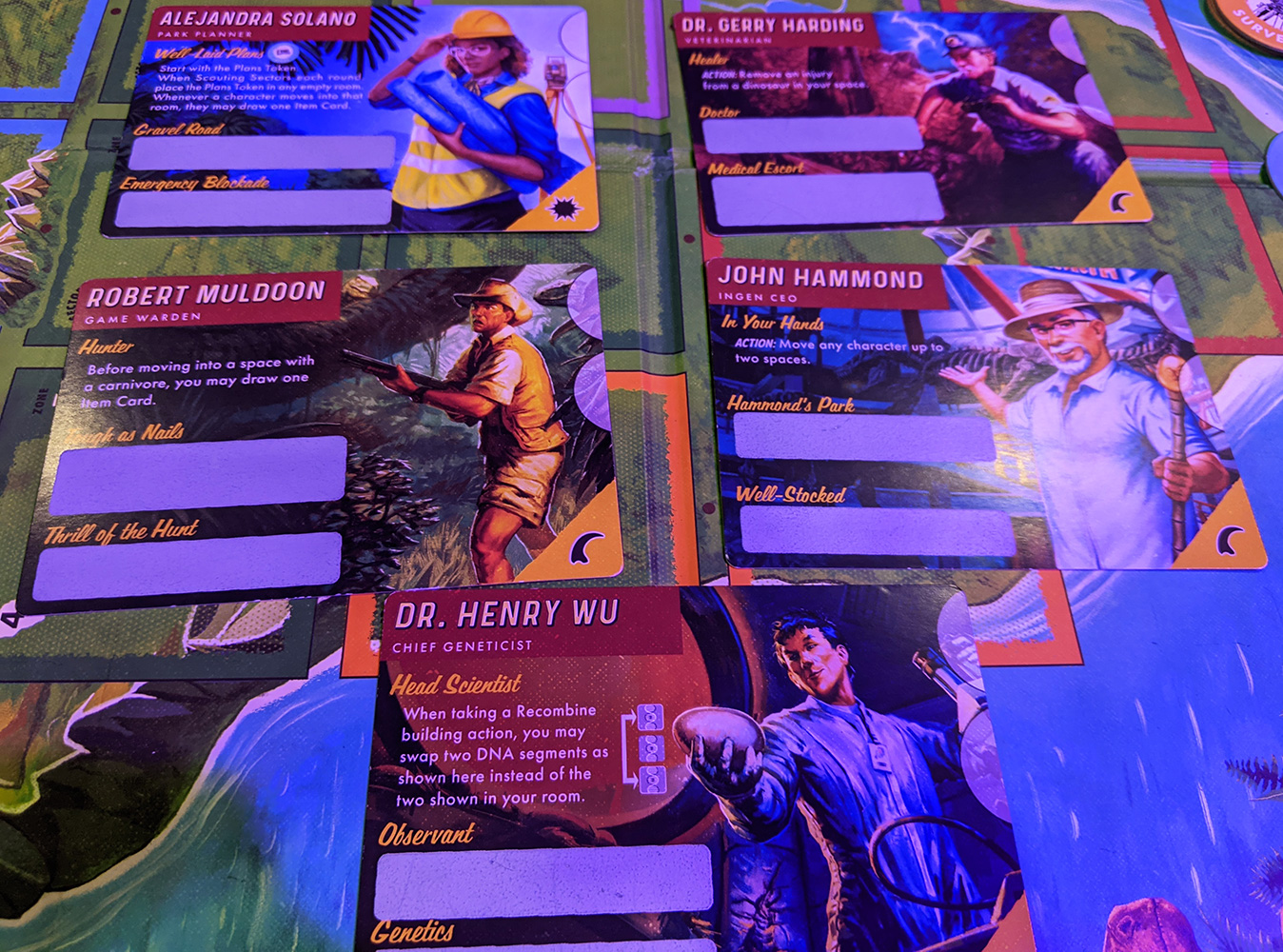 As mentioned before, Jurassic World: The Legacy of Isla Nubla comes with 12 adventures, and each adventure takes 1-2 hours to complete. The game was designed so that even after all 24-48 hours of these adventures have been completed, there is still plenty of replayability.

If you’re excited to start your own dinosaur theme park, then don’t forget to head over to the Kickstarter page and sign up to be notified when the project launches on March 22nd, 2022. Those who pledge can expect to receive their copy of Jurassic World: The Legacy of Isla Nubla in the fall of 2022.