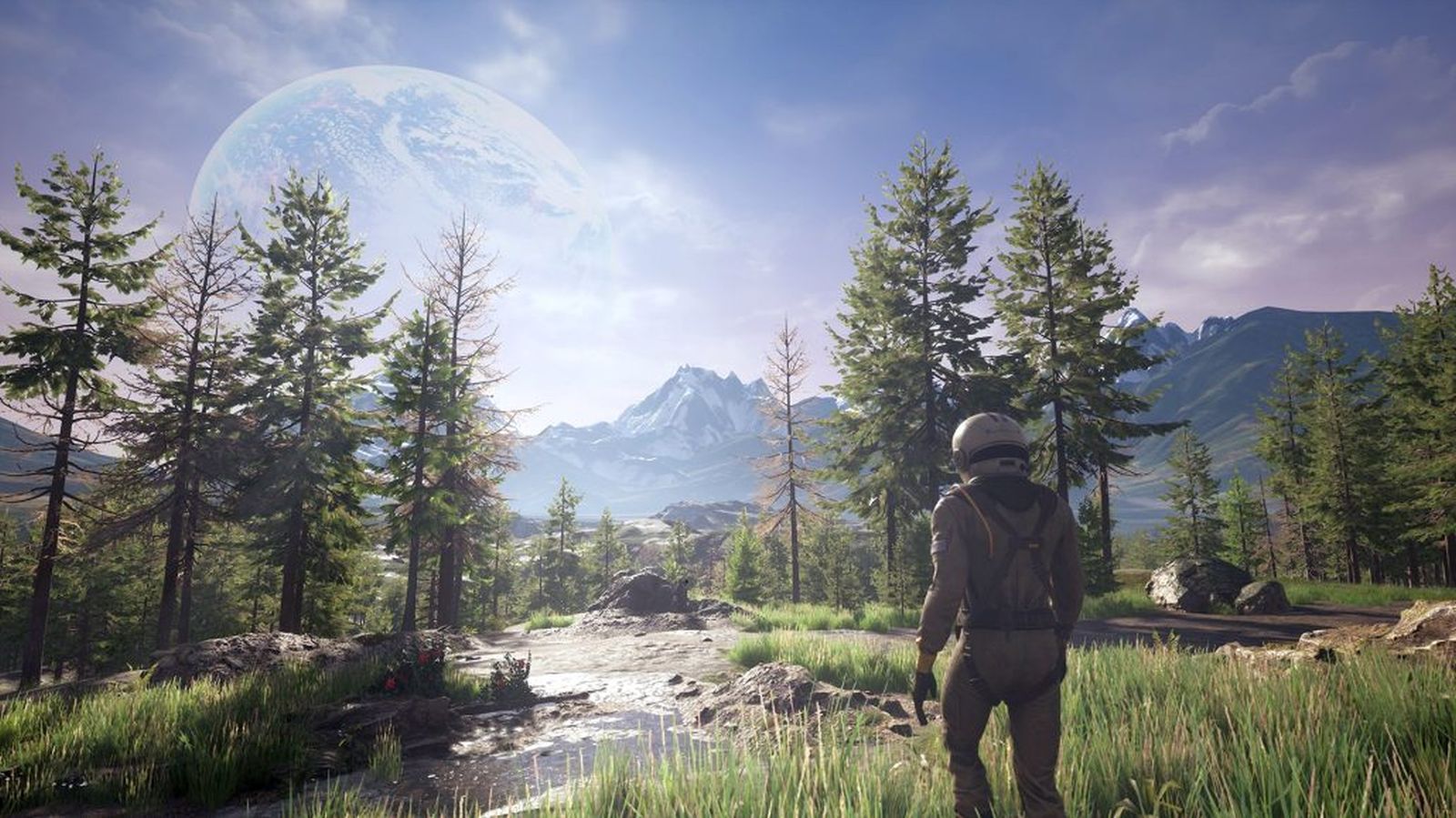 Ok guys, looks like we’ve finally stood up this little thatch hut. What should we build next? By the way, does a bear crap in the woods? Well we are about to find out. As a massive brown bear crashed through our thatch-roofed shanty and ate the entire team, I took a moment to reflect on Icarus and its second beta weekend.

Icarus is a crafting survival game where a team of explorers head to the surface of an Earth-like planet to establish a foothold, gather up important resources, and after 20 days, head back to their space station alive. Naturally, all manner of calamity ensues as wildlife, disease, and even the planet itself seems set on murdering you in fresh and exciting ways.

Dean Hall (the guy behind DayZ) and developer Rocketwerkz have teamed up to bring this incredibly hostile world of Icarus to life. To help test out the mechanisms of the game, the team has given players who preorder access to the game ahead of time in a series of six closed-beta weekends.

Over four weeks the game will be expanded with major features. The initial weekend introduced players to the Forest biome, which you can see in our long-play. In it we encountered all manner of creatures such as raccoons, cashmere goats, fish, bears and more.The second weekend, not content with how dangerous bears are, introduces storms. Light rains, heavy rain, wind storms, and even lightning now wreak fresh havoc on your well-constructed shire. Weekend 3, taking place from the 25th to 26th of September, will introduce Arctic biomes and all of the dangers that entails. No doubt we’ll find polar bears and penguins, but it’s the blistering cold that’ll pose the most trouble. You can see the rest of the weekends ahead below: 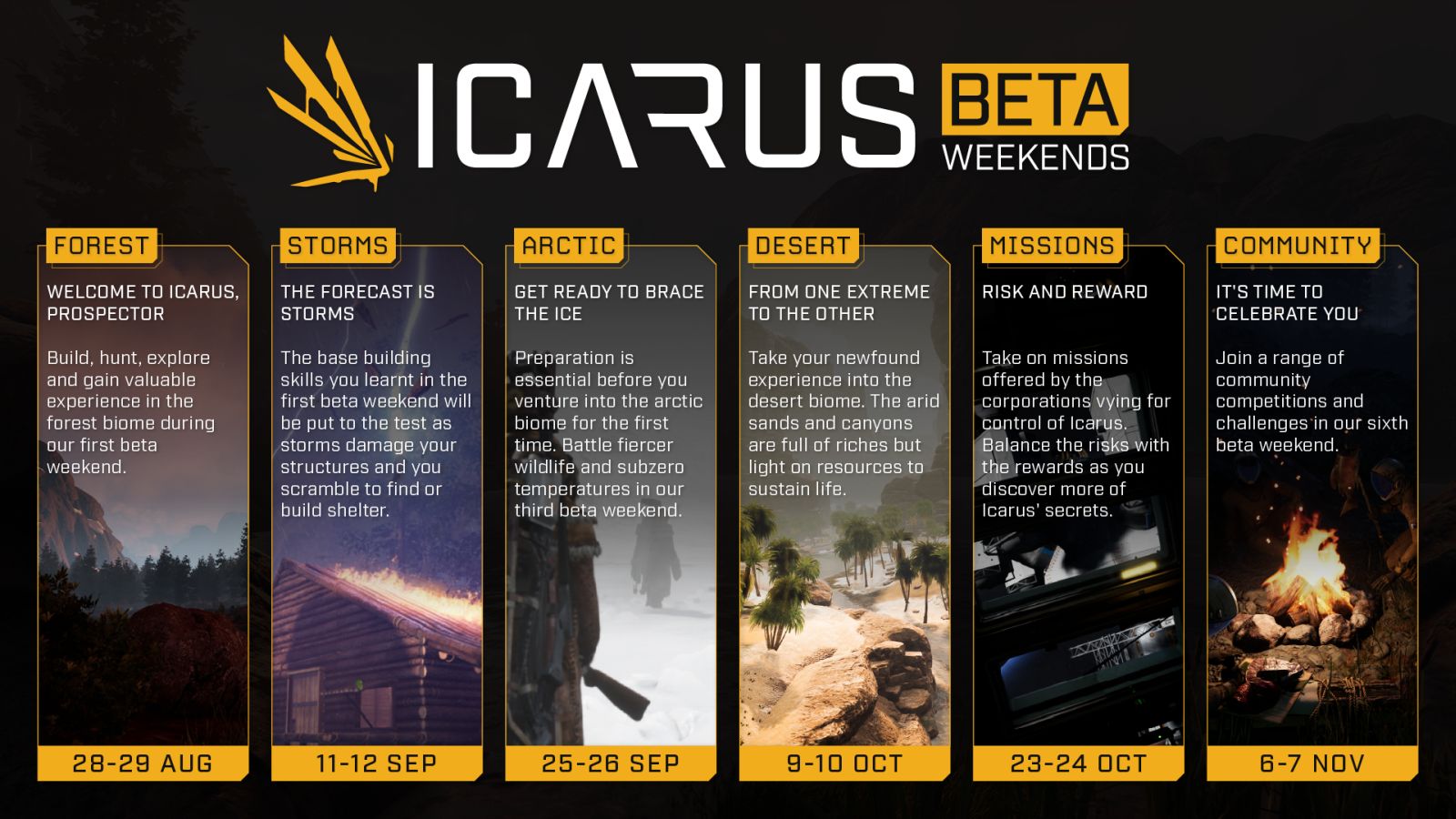 Your character in Icarus is an absolute idiot, setting forth on this journey carrying nothing more than pocket lint. As your feet touch the ground you’ll need to craft your tools to survive. In familiar crafting game territory you’ll gather up rocks, sticks, fiber, and wood to build an axe, pick, skinning knife — if you’ve played a survival crafting title you know the drill.

With some basics covered, you’ll want to establish a base. Your first base is literally a warm breeze away from catching fire as it’s made of thatch. Bumping up to wood will require a lot more resources, but affords double the sturdiness of its predecessor. Stone and sturdier materials lie ahead to be sure, but unlocking each requires leveling up to earn skill points.

Though animals from Earth had been relocated to this wild planet to try to build a stable ecosystem, that doesn’t make it any way more safe. Beyond food and water, we also had to contend with an ever-dwindling supply of oxygen. Mining Oxite and crafting a cheap refinery we were able to create a rudimentary solution, but one not built to last.

David, our resident bow hunting companion, built a sturdy base with a perch where he could hunt from relative safety. The nearby lake provided somewhat safe water (you only ended up with dysentery part of the time), and it’s also filled with schools of fish that are only too happy to sink their pointy teeth into your hide. Holly nabbed us fresh fish with a sharpened stick while Laura policed up rocks and other materials to make a campfire. I did my level best to provide fresh protein using a basic spear, but I found I was far more effective once I upgraded to a bone-tipped version and learned the throwing mechanic. Even a charging bear has trouble surviving a well-thrown spear to the head. 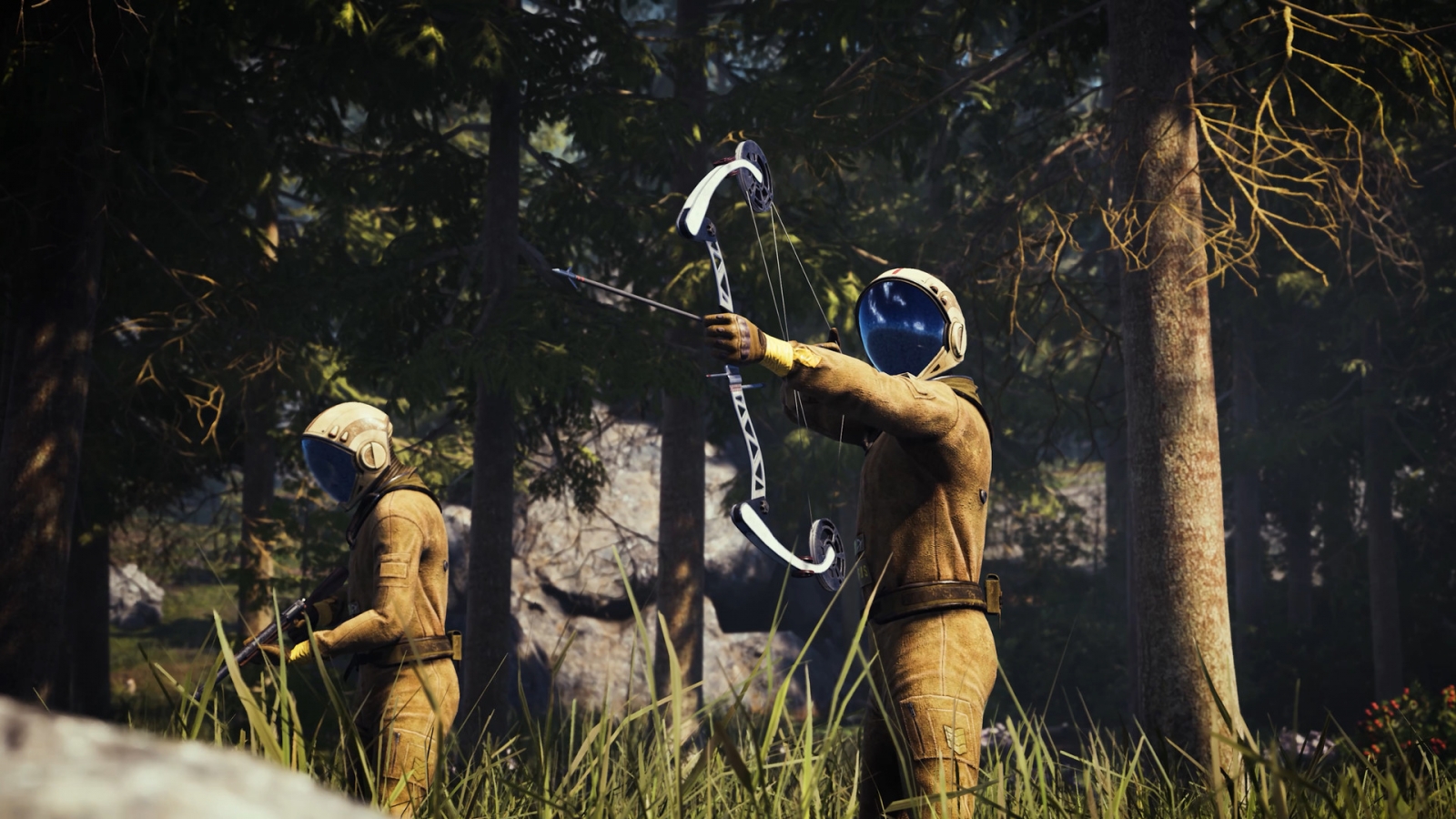 As we rebuilt our house with sturdier materials, we approached the end of the beta weekend. We’d only unlocked the first tier of building materials, and things like steel smelted weapons and more complex machinery lie ahead. With just 20 days to accomplish our mission and return home, would we succeed, or die in the many, many ways that this world would unleash upon us?

The game supports up to eight players, but I wanted to see if it’s possible to survive alone. Well, I can tell you that it’s a hell of a lot harder, but it’s possible. Using the knowledge I’d gained from our outing as a team I rapidly established a base made of thatch and quickly progressed to wood. I built multiple crates to hold the various materials I’d need for future expansion. Knowing that critters liked to get underneath the house, attacking the floor and leaping into my home to eat my face, I boarded up all entry points. Putting up windows that I could close and preparing a repair hammer ahead of time I was able to withstand torrential downpours of rain and wind that would strip the flesh from my bones. I built a smelting forge and a crafting bench and prepped for the next tier of crafting. Unfortunately, none of these preparations readied me for the lightning strike. 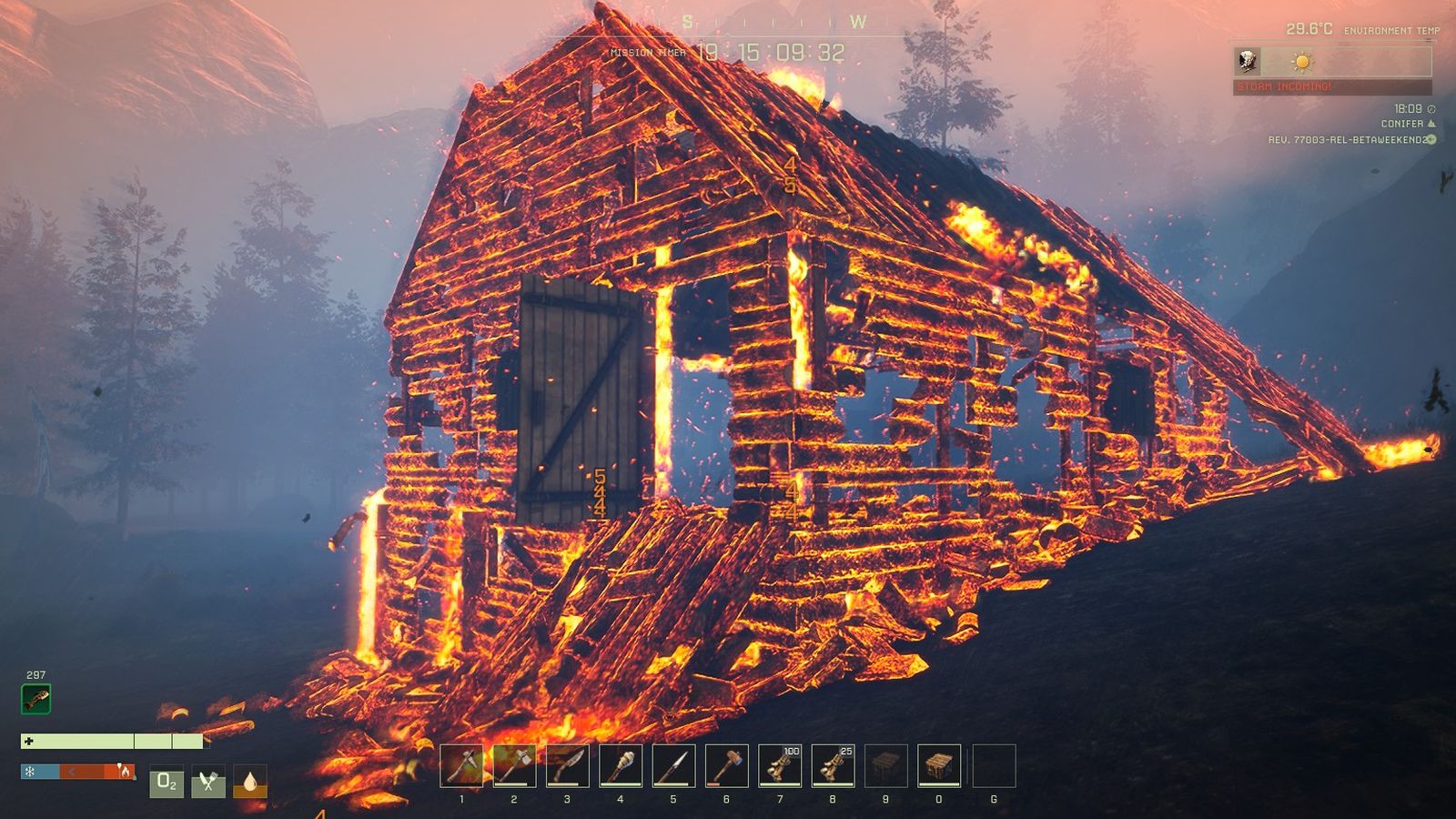 Nature’s fury is absolute, and her destruction both furious and swift. I’d not bothered to research a “fire beater”, and as I watched my carefully crafted log cabin burn to the ground I realized that every skill in Icarus is important, even the most mundane, but none moreso than the simple ones that will keep your hard-earned work go up in flames.

Icarus is currently in Early Access, but currently it is slated for a full release at some point in November of 2021. We’ll be eagerly awaiting more hands-on time with this title, but what we’ve seen so far is extraordinarily promising and downright fun. At least, until the storms come. We look forward to freezing to death next weekend!