Gen Con officially begins today and already announcements are rolling in! Funko Games, celebrating pop culture through the decades, has announced multiple new games and expansions based on popular movies such as The Warriors, The Goonies, The Rocketeer, and Jurassic World. You can check out a trailer for The Warriors: Come Out to Play above and read below for details on each new game and expansion!

The Warriors: Come Out to Play, Based on the ‘70s Cult Classic, Gets Rowdy With a New Cooperative Game; The Goonies: Never Say Die Rocks the ‘80s With an Expansion; And a ‘90s Fan-Favorite Gains a Tabletop Gem with The Rocketeer: Fate of the Future

Gen Con Indy 2021 (Indianapolis) – Known for creating games that appeal to fandoms from every era, Funko Games is honoring 20th-century pop culture through the decades during Gen Con Indy 2021. The celebration begins in the 1970s with the reveal of a brand-new cooperative game The Warriors: Come Out to Play, bikes into the 1980s with the debut of The Goonies: Under the Goondocks A Never Say Die Expansion and soars into the 1990s with The Rocketeer: Fate of the Future, available for purchase for the first time at Gen Con. In addition, Funko Games treks from the 1990s into today with plans to unleash an epic legacy game based on Jurassic World in 2022. 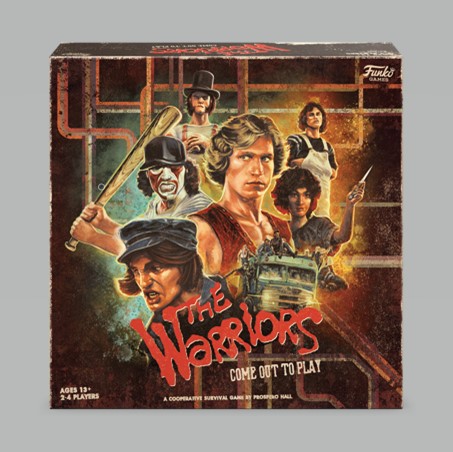 The Warriors: Come Out to Play is an energetic, cooperative game where players navigate New York’s subway system to their home turf of Coney Island to prove their innocence. Based on the 1979 cult classic, the game tells the story of The Warriors, a gang accused of killing Cyrus, the charismatic leader of the Gramercy Riffs.

“The Warriors is one of those films with a devoted fan base 40 years later, who quote every line and nerd out on the peculiar gangs – Baseball Furies, the Punks, and High Hats,” said Deirdre Cross, Vice President at Funko Games. “We have reimagined all the familiar elements from the movie, including the evocative radio DJ, memorable characters and iconic gangs. Prospero Hall’s inventive gameplay and original artwork bring the film’s gritty aesthetic to life, creating an experience that is worthy of the most ardent Warriors’ fan.” 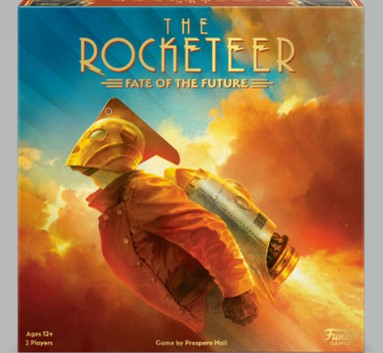 For fans hoping to grab the hottest new game at Gen Con Indy, The Rocketeer: Fate of the Future is on sale for the first time exclusively in the Funko Games booth before hitting store shelves next month.  Another Prospero Hall creation, The Rocketeer: Fate of the Future transports players into the golden age of Hollywood where opponents face off in a two-player game of cat-and-mouse as they work to keep the rocket plans hidden from each other. Tensions are tight through every turn as The Rocketeer and his allies try and evade Neville Sinclair with his band of thugs. (MSRP $24.99, Ages 12+, 2 players) 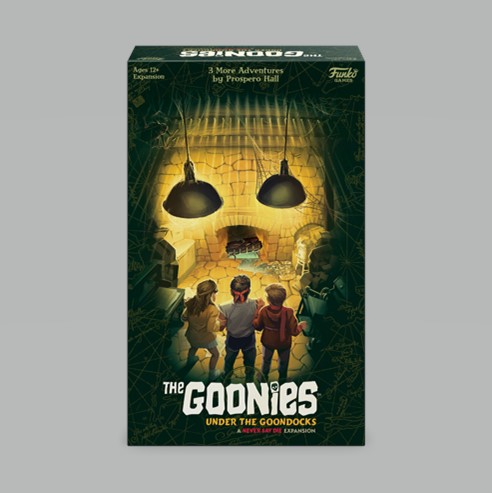 Building on the wild success of The Goonies: Never Say Die released this summer, Funko Games returns to Astoria with a new expansion which continues the story of the original game with three exciting new adventures filled with fresh foes and treasure. In The Goonies: Under the Goondocks A Never Say Die Expansion, players take on the roles of teenagers Andy, Brand and Stef as they race to stop Troy before he unleashes the evils below the Goondocks! Advance copies of The Goonies: Under the Goondocks are available at Gen Con Indy in the Funko Games booth before arriving at Target this holiday. (MSRP $14.99, Ages 12+, 2-5 players) 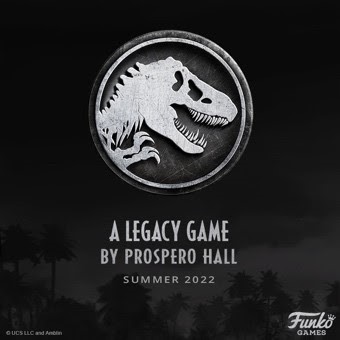 Additionally, Funko Games announces the first-ever legacy game based on a blockbuster movie franchise with Jurassic World. The yet-to-be-titled game starts at the inception of Jurassic Park, taking players through the entire epic franchise and beyond. This all-new experience is designed from the ground up and played over the course of a campaign which changes the game permanently each session. A sneak peek at Gen Con will have to suffice for fans until the game is formally unveiled in 2022.

Funko Games is also hosting the first Funkoverse Exhibition Tournament on Friday, Sept. 17 at Gen Con. The ultimate smack-down will have teams of three going head-to-head over five rounds of elimination until one team emerges victorious! Win or lose, all participants get to take home exclusive swag and prizes. All ticket proceeds will be donated to Gen Con’s charity partners.

Stay tuned to Gaming Trend for more info from Gen Con and for all your entertainment news!

Related Articles: Gen Con, Jurassic World, Tabletop, The Goonies: Never Say Die, The Goonies: Under the Goondocks, The Rocketeer: Fate of the Future, The Warriors: Come Out to Play
Share
Tweet
Share
Submit