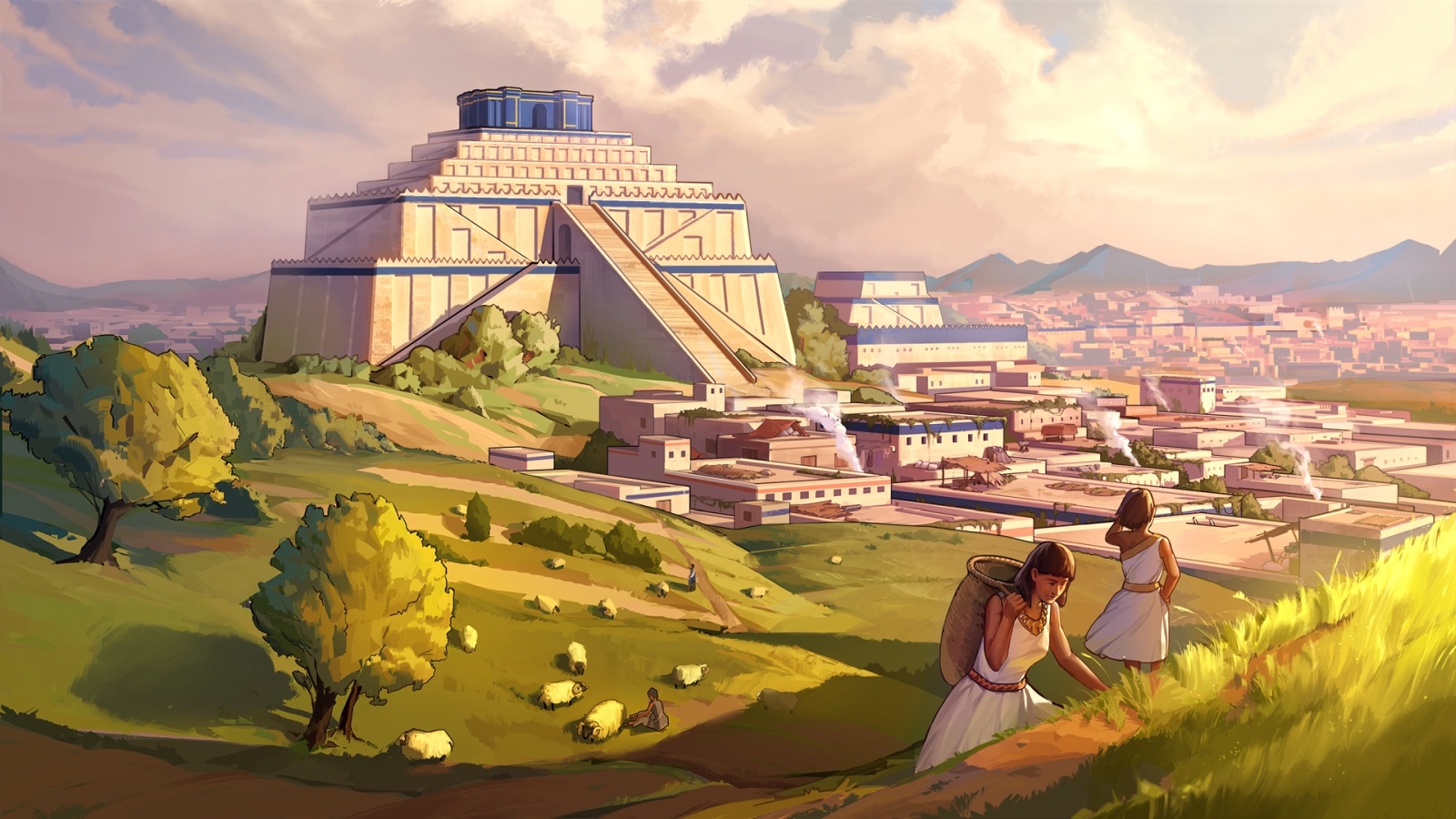 Humankind, the upcoming turn-based historical strategy game from AMPLITUDE Studios, had an OpenDev preview on July 30th, and I got to go hands-on with game-play for the first time. This short, timed scenario was focused on exploration, and left me hungering for more. While turn-based strategy isn’t usually my forte, I do enjoy city building games, and the description for Humankind pulled me in. I’d like to give a huge shout out to an awesome Twitch viewer named morismichael, he popped in while I was live streaming the scenario and helped me figure out some not so obvious things! Without him, I don’t think I would have had such a successful time.

You can watch the entire Babylon scenario in the video above, and get a good laugh as I fumble my way through trying to figure out how the game works. I’d say I started to get the hang of things about thirty minutes in. By the time the scenario ended at just over an hour of game-play, I was just getting into the swing of things and wanted more. I built some food and workshop buildings in Babylon, but my main focus was taking my Scouts out to look for new places to conquer. As I explored, wild animals such as deer and mammoths started to roam near me on the map. Spoiler alert, I got trampled by a LOT of mammoths! But once I got some more complex research done, I was able to build stronger military units to take on the mammoths, and just when things got really fun, the scenario ended. 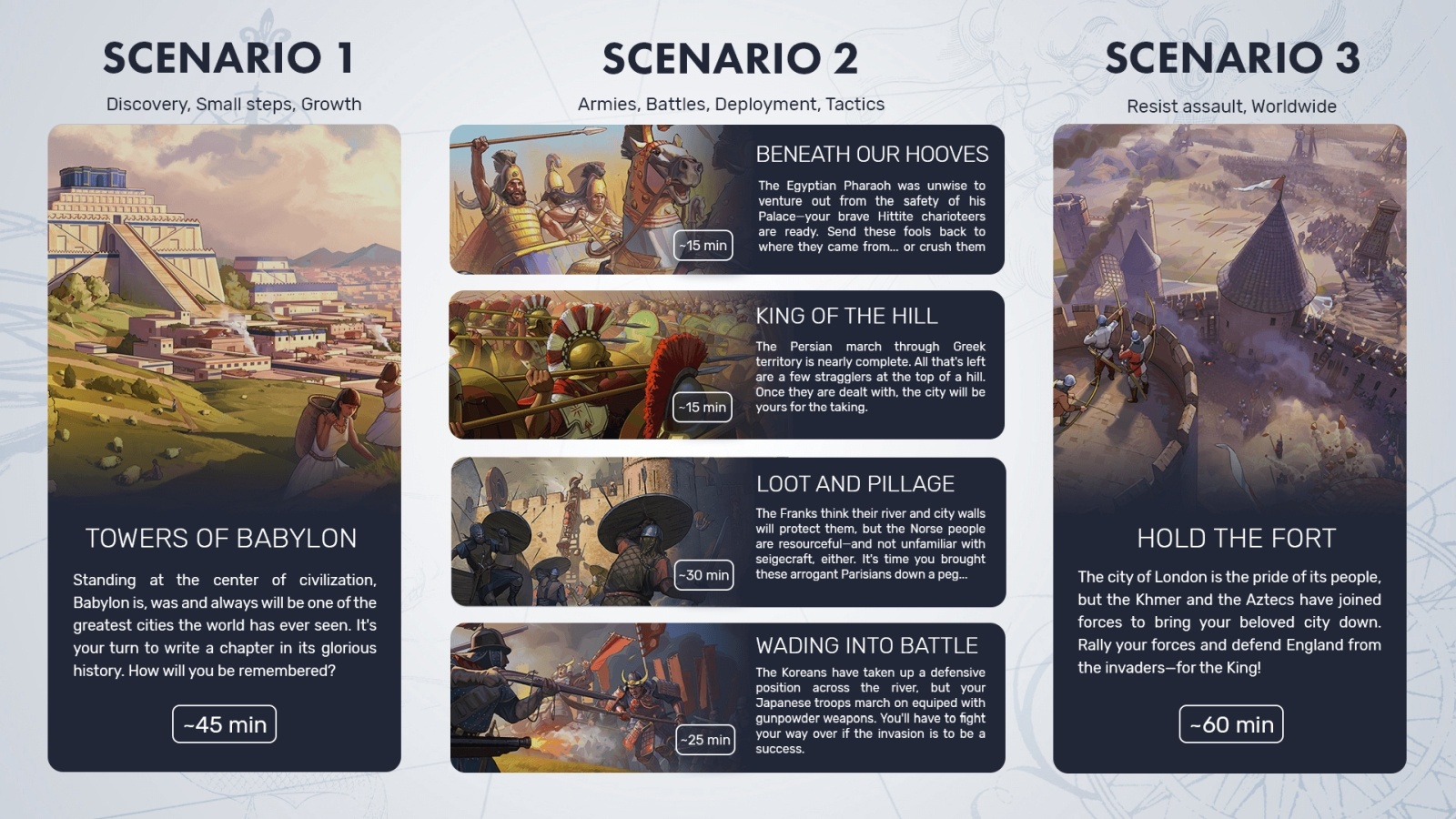 A preview of the OpenDev scenarios. Scenario 2 begins August 6th.

While out exploring on the map, there were several nodes I was able to obtain and once I researched Horsemanship, I was even able to conquer a tile that had wild horses on it and turn it into a horse ranch. Eventually I came upon a sanctuary tile that I was able to form an Outpost on. The Outpost can develop into part of your city, and you can even move them to new tiles once it’s established. You can build infrastructure onto these Outposts just like your main city. Unfortunately I didn’t get to explore or play with this feature too much in this scenario, but am eager to dive deeper in the future.

I wish I had paid more attention to how combat worked earlier on in my scenario, as I lost several Scouts due to being unaware that the lone deer I was fighting had two huge mammoths as backup waiting in the wings. Just when I got the hang of it, and built up some powerful military units the scenario came to a close. I absolutely cannot wait to hop back in and try battles again now that I (think) I know what I’m doing.

While this was just a small glimpse at the game, I really enjoyed it and am eager to join in on the next OpenDev on August 6th. After my exploration of Babylon was over, there was a short feedback questionnaire that I was happy to send to the devs with my thoughts. Humankind has piqued my interest, and after jumping in and seeing the gameplay I will definitely be supporting this game as it develops.

Humankind by AMPLITUDE Studios is available on the Steam store, and while it’s not available for purchase yet, you can add it to your Wishlist.