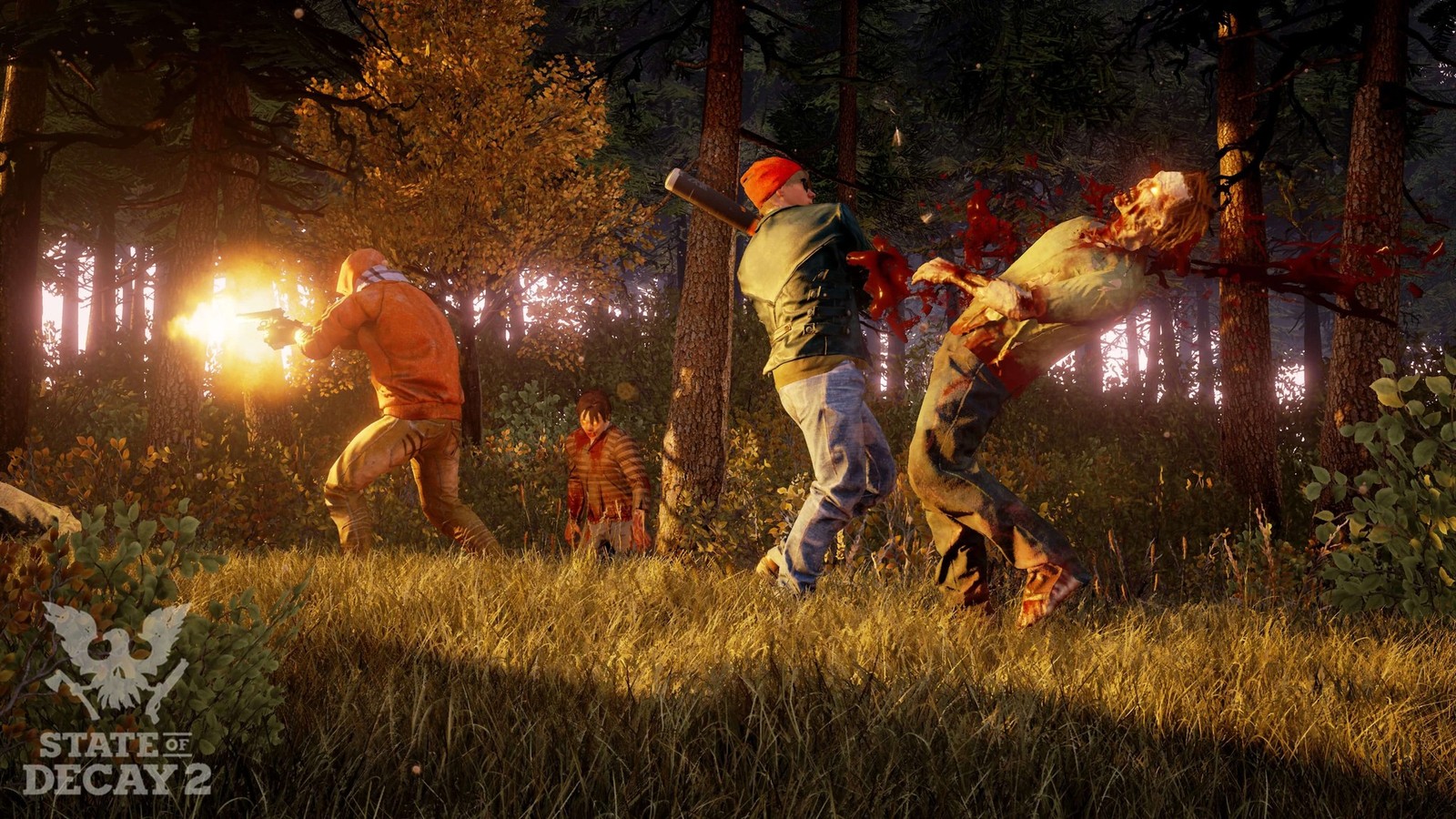 State of Decay 2, the highly anticipated follow-up to the hit Xbox Live Arcade game by developer Undead Labs, comes out in a few short weeks. Luckily for you, the developers have given us a sneak peek of the zombie-slaying that awaits players on May 22nd.

First up, the single-player experience. Like the first State of Decay, the sequel combines complex survival and settlement-managing mechanics with third-person action. I found the sequel to be bigger, shinier, and just all-around better in just about every way. Here’s some 4K footage captured on the PC version of the game:

45 Minutes of State of Decay 2 - Singleplayer

Of course, one of the biggest upgrades with this ambitious sequel is the 4-player co-op capability. Multiplayer is simple and dynamic. The host only needs to invite some friends to their game, and those players can bring whichever of their characters they want into the host’s world. Loot is automatically divided in each area to prevent infighting, and each of the guest players has the added benefit of effectively pressing “pause” on their own worlds, allowing them to farm resources for their settlement without the stress of the clock weighing down on them. I found multiplayer in State of Decay 2 to be much faster, more action-packed, and oftentimes hilarious. But don’t take it from me! Here’s the co-op mode in action:

40 Minutes of State of Decay 2 - Multiplayer

State of Decay 2 debuts on Xbox One and Windows 10 PC on May 22nd for $29.99. Or, for those who looking to get their hands on it as soon as possible, the Ultimate Edition will give players 4-day early access and other goodness for $59.99. For more on State of Decay 2, including our full review later this month, check back here at Gaming Trend!