Last year, Off the Page Games turned a remarkable award winning comic, Mind MGMT, into an incredible board game which blew both Mike and I away. Now, they’re working on another game based on another award winning comic! Horror County, written by Cullen Bunn and illustrated by Tyler Crook, was nominated for a Bram Stoker Award in 2015, nominated for an Eisner Award for Best New Series in 2016, won the 2016 Ghastly Award for Best Ongoing Title, and Bunn and Crook won the 2016 Ghastly Awards for Best Writer and Best Artist respectively. So yeah, Mike and I were pretty excited to visit Off the Page at Gen Con and see if they were cooking up another masterpiece. 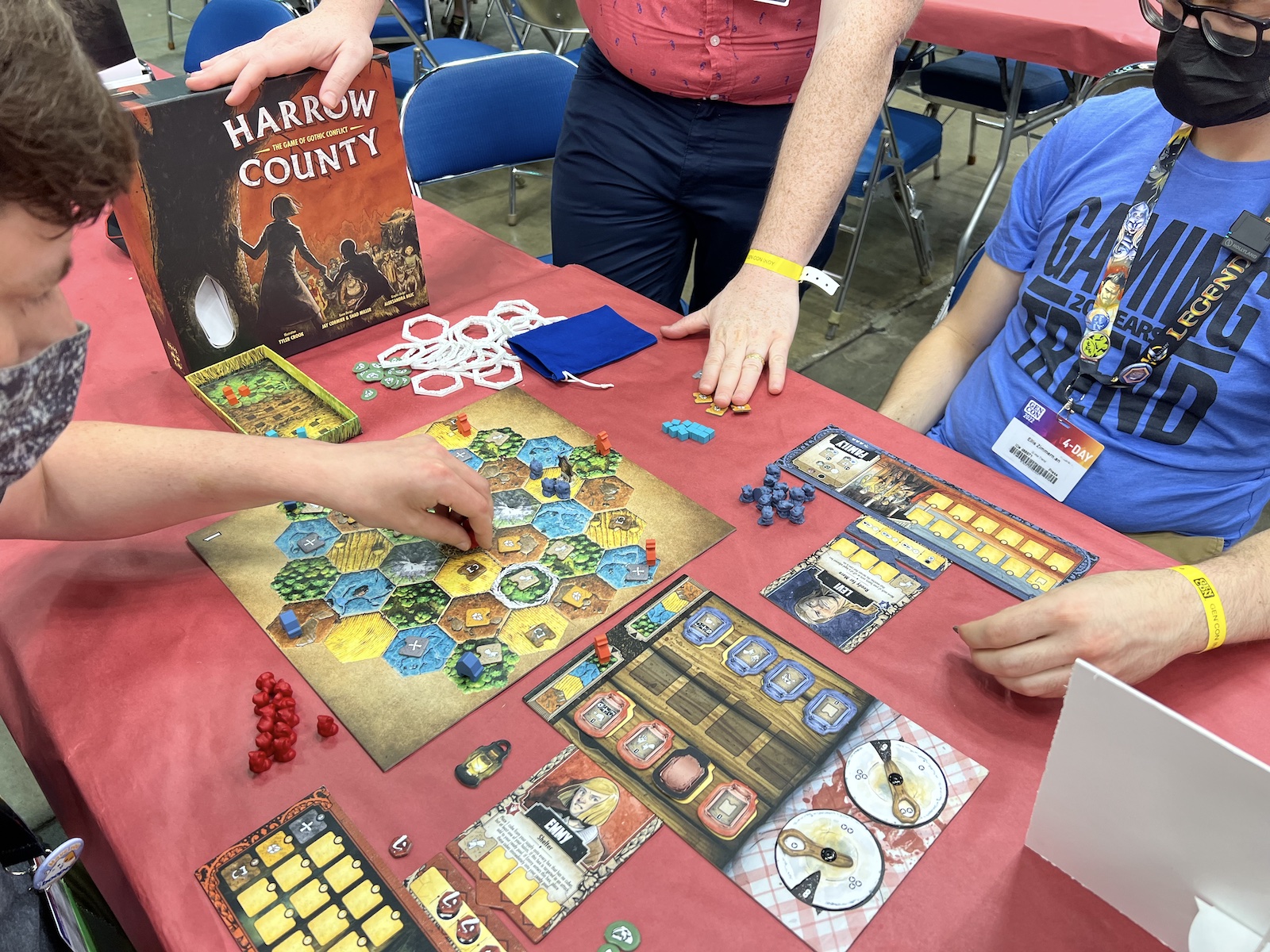 Harrow County is a wacky asymmetric 1v1 duel with several factions to play as and even the possibility of a third player joining! The primary goal of Harrow County is to be the first player to reach seven points and each faction has different methods for obtaining those points. As the Hester family, I scored points by destroying my opponent’s buildings, but my opponent, playing Emmy and the Protectors, scored points by rescuing villagers. Two methods of obtaining points are shared by all factions, killing an enemy haint (minion) or ending a round with their own haint on the center tile.

Here’s how it works. On their turn, players choose between four actions, without repeats, represented by mason jars. Both players have the same four actions, but they may differ slightly. The first action involves several smaller actions: moving, spawning haints, or adding strength cubes to the battlegrounds. The second action involves wild actions, which can be used as any of those three smaller actions and grows in number of actions each time it’s used. The third action differs widely between factions, and gears primarily towards accomplishing each faction’s main goal. As the Hesters, this action placed down storm tiles to devastate my opponent’s buildings. Lastly, the final action involves combat. In short, combat is resolved by dropping cubes representing each player’s color down a tower contained in the game’s own box! The player with the majority of cubes exiting the tower wins the battle, and throughout the game, players can increase their odds by adding more cubes to the pool. 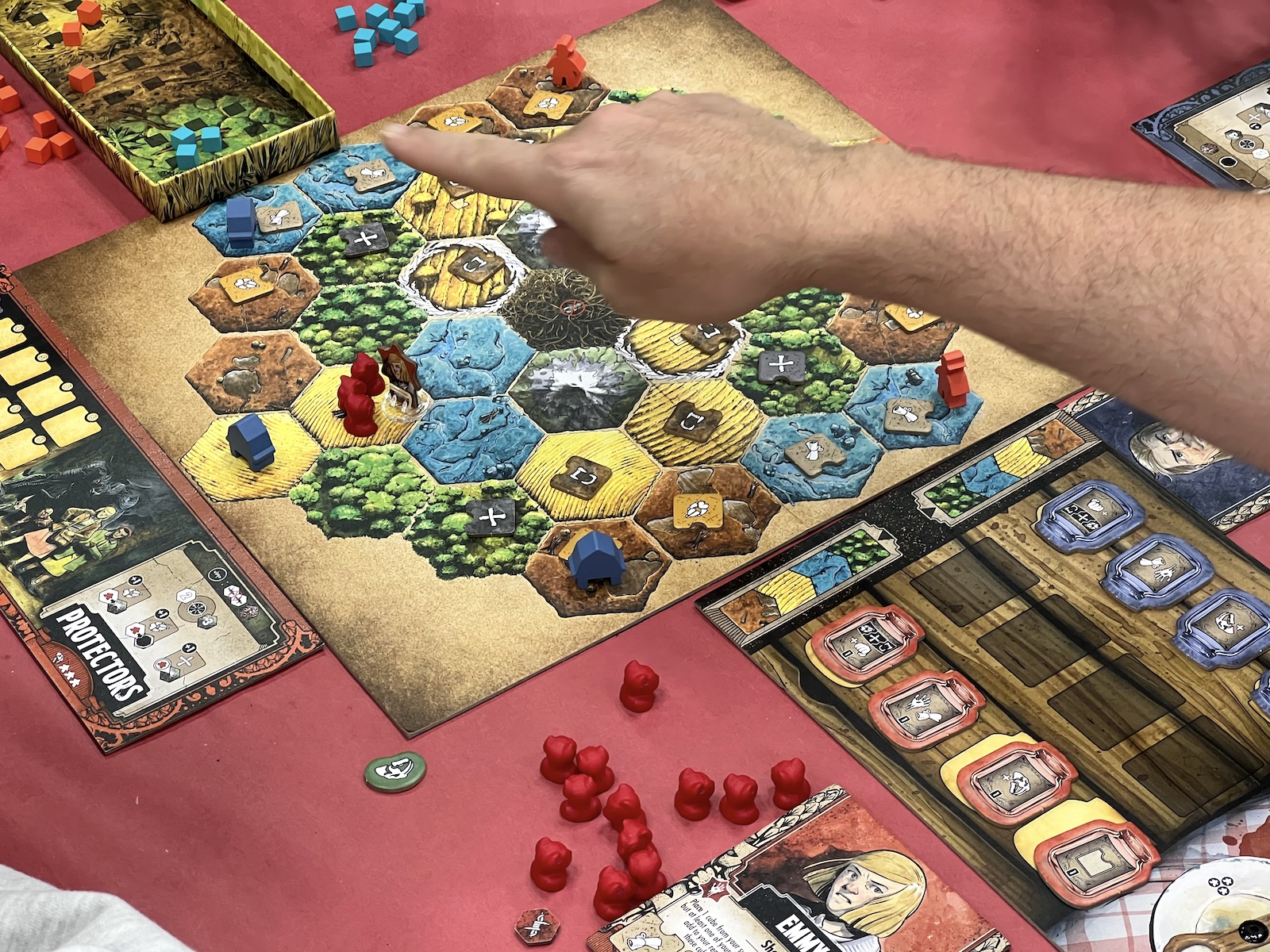 My first experience of Harrow County was riveting. My opponent launched ahead of me by two points at the start of the game but I managed to stay on his heels and nabbed my seventh point just in the nick of time! I felt like my opponent and I were playing tug of war with three different ropes at the same time. Too much focus on one rope left another vulnerable. This triple tension led to an on-the-edge-of-my-seat experience where we both could obtain our final point several ways, like three neck and neck races at the same time.

Harrow County already looks very promising and there’s plenty more we haven’t seen. We’ll be keeping an eye out, because Harrow County launches on Kickstarter this November, and we’re both excited to see what else it has in store!