Battle royale games have been a highlight of the gaming community for years now, whether it be PUBG, Fortnite, Apex Legends, or the many other takes on the genre. You’d think that people would be tired of this game type by now, but adding new twists and features can revitalize it. Watchers seems to be aiming for that goal by giving players something to do after death. Instead of being out for good, they can potentially affect the remaining players. This post-mortem gameplay offers something not seen in the genre and from my time with Watchers, it definitely gives the game a competitive advantage.

Watchers is a top-down battle royale game with a cartoonish look to it. Instead of other games that have between 50 and 100 players, here you only have 24. Also, unlike other games where you dive out of some sort of drop ship, Watchers has you pick one of the sections of the map to spawn in, and when the loading timer runs out, you are spawned in a random spot in the selected area. It’s a bit lackluster not being able to leap into the air and glide to a location like a badass, but it makes sense given the top-down nature of the game. 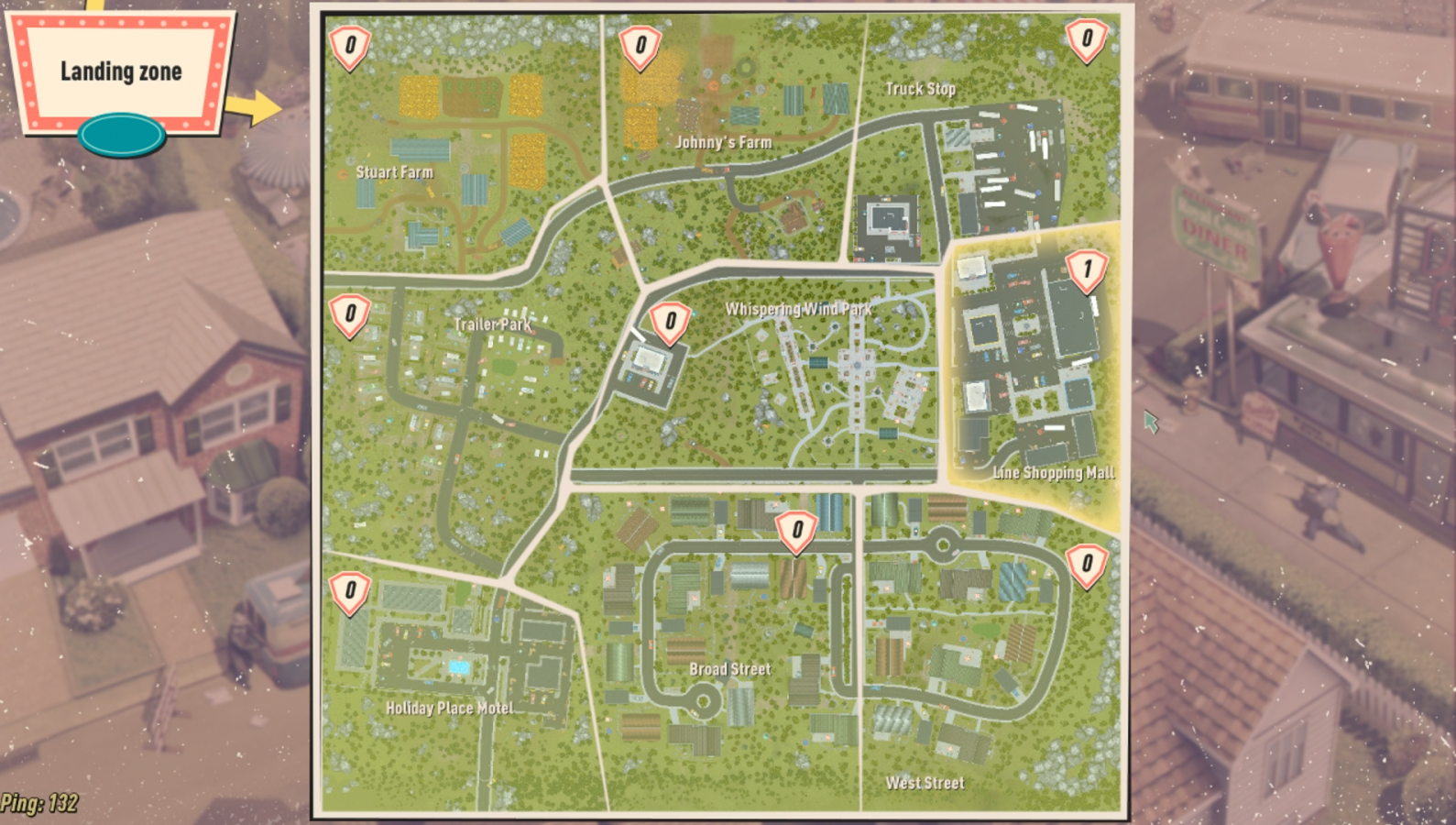 The basics of the game function like the typical battle royale: explore the map to find weapons, ammo, and tools that you can use to kill other players. The difference is you don’t have an inventory or backpack to collect a bunch of items in. You have five slots to fill and that’s it. A weapon takes a slot of its own, handfuls of grenades share a slot, and each medical item fills a slot. This extremely limited carrying capacity forces you to think carefully about what you keep and leave behind. I don’t like being unable to take a bunch of items with me, but on the bright side, it eliminates you stopping to look through your inventory to see what you’ve collected. Don’t worry, ammunition doesn’t take up any slots, so no need to worry about ammo clogging you up. Another difference is that there isn’t any armor to wear, but there’s an armor consumable that gives you full armor when used. It’s an interesting way to handle armor, to say the least.

Besides the weapons and tools to fight with, you can also pick up parts. These parts can be used at workstations that are scattered around the map. If you collect enough, you can spend them in order to upgrade the weapon you’re currently holding. This helps you do more damage and have a better chance of wiping out the competition. 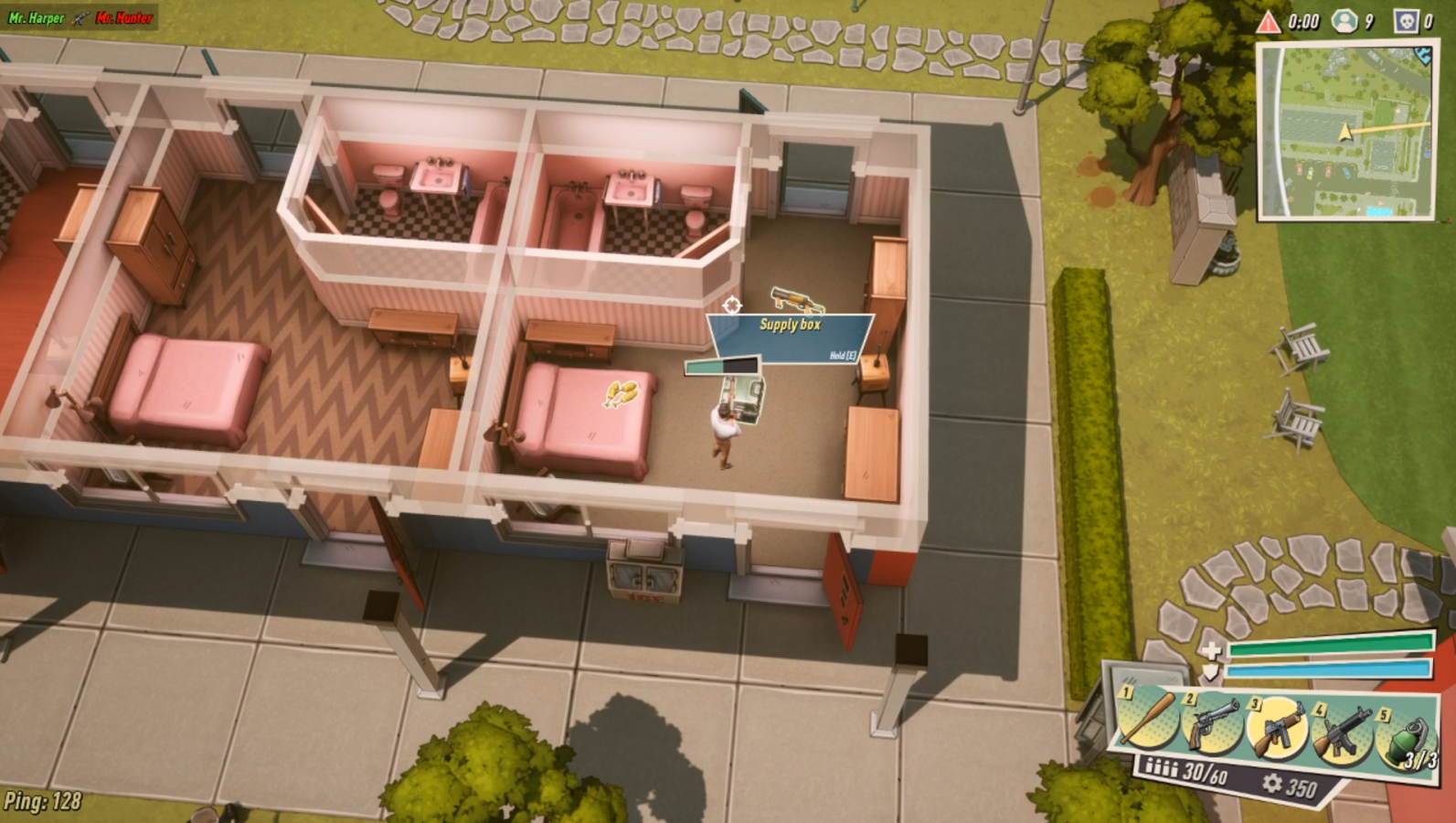 In typical battle royale fashion, there’s a timer that counts down the shrinking of the ring. You’ll want to outrun the ring and stay in the safe zone in order to avoid taking unnecessary damage and potentially dying. Speaking of dying, one of the draws of Watchers is the fact that death doesn’t end your experience with that match. When you die, you become one of the Watchers. As a Watcher, you can hop between the remaining players and observe their actions. You can even choose your favorite player to root for and gain bonus experience from their successes. Additionally, you can pick somebody to place a kill bet on, and if they kill somebody within a certain amount of time, you gain energy. You can periodically place the kill bet and even change who you’re placing it on.

The energy that you obtain from a kill bet goes towards filling up an experiment meter. This meter is only available in the Watcher mode, and it gives Watchers an opportunity to affect the remaining players. If you completely fill the meter, you’ll have access to whatever random experiment your meter started with. There are a good variety of experiments, including a zone that temporarily speeds up anyone within the area, a magnetic portal that pulls bullets towards it, an explosive workstation, and more. I know I haven’t seen every experiment that the game has to offer, but I’m interested to see what else there is to play with. 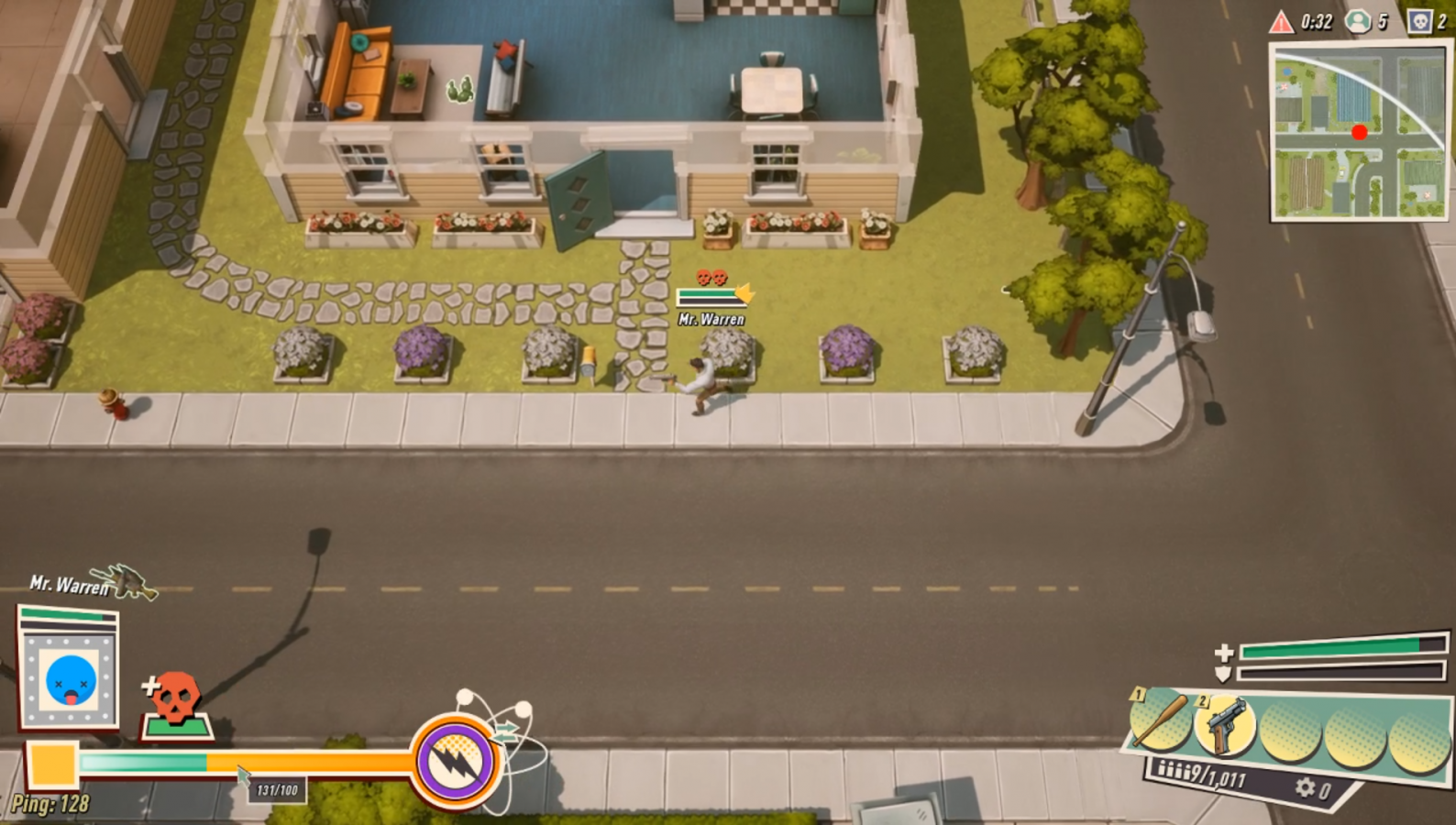 From my time with the beta, the game ran pretty well. I didn’t notice any visual or audio bugs, and I didn’t have any connection issues. The one downside is that it took a few minutes to find a game on average, but I’m fairly certain that it’s because of the specific beta times and the fact that there may not be many people testing out the beta right now. The longest I waited was about four or five minutes, and the shortest was about 45 seconds, which wasn’t too bad all things considered. Taking into account that the game is going to be free-to-play, I have a good feeling about it. It might not be the best battle royale out there, but as a free alternative, I think it’s worth checking out when it officially releases. Watchers doesn’t have an exact release date yet, so if you’re interested, keep an eye on the Steam page and get ready. So remember, death on the battlefield isn’t the end; you may just leave your mark with your influence as a Watcher.