Ubisoft has just announced that Episode 2 for Ghost Recon Breakpoint has arrived, featuring new missions with a Splinter Cell crossover, new classes, and the new “Ghost Experience”. Here’s a full slate of what’s to come with the new episode.

The ghost experience probably introduces the biggest set of changes, but do not fret as it is all optional.  You can now play with the ‘regular mode’ which is Ghost Recon breakpoint as it launched, or the new Immersive mode which goes for a much more realistic mode (no mini map, you lose spare ammo when you change magazines, you can only hold 1 or 2 primary weapons at once, limited bandages etc).  There is also a ‘custom mode’ that is available where you can change a whole slew of settings to make the game play the way you prefer. As you can see in the image below there are several knobs to tweak the game settings how you wish. 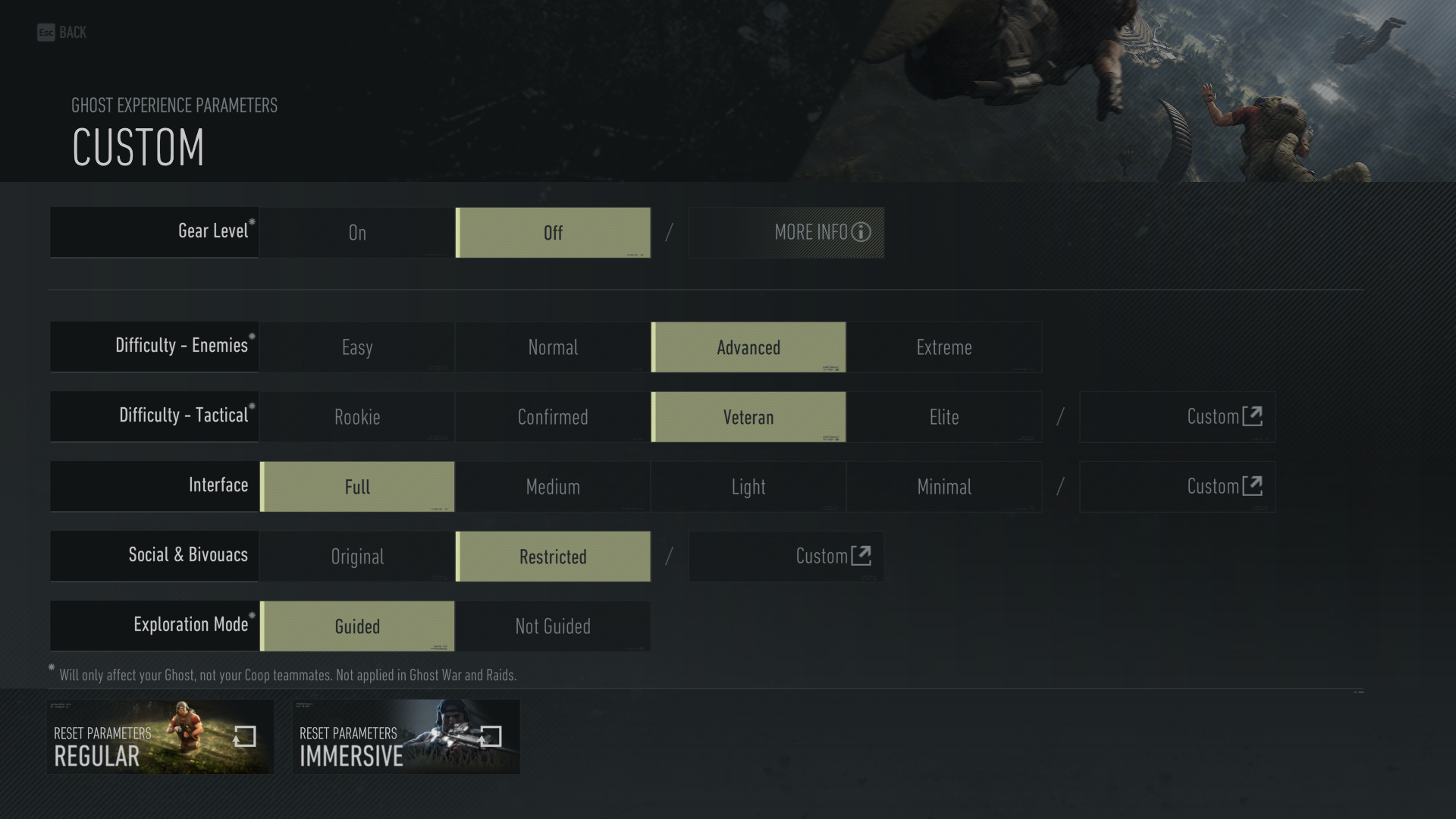 Settings for The Ghost Experience

Ubisoft posted a trailer for the ghost experience that highlights some of the specific changes.

I am glad for the option of removing the gear score on items as that felt really clunky in the base game (the stat differences of guns were pretty miniscule in my experience regardless of the gear score for that item).  I am not hardcore enough to have no mini map, and no tracking of the enemies so I am glad you can go for a middle ground approach to change some aspects of the game and not others. I particularly noticed that the game felt a lot different just from not having an unlimited supply of helicopters, and made me a lot more considerate about how I planned to approach the mission sites I was headed to.  For folks that didn’t care for Ghost Recon when it first released they may enjoy the immersive mode, and it can certainly make for a much more challenging experience if you can be disciplined enough to leave the settings that way. 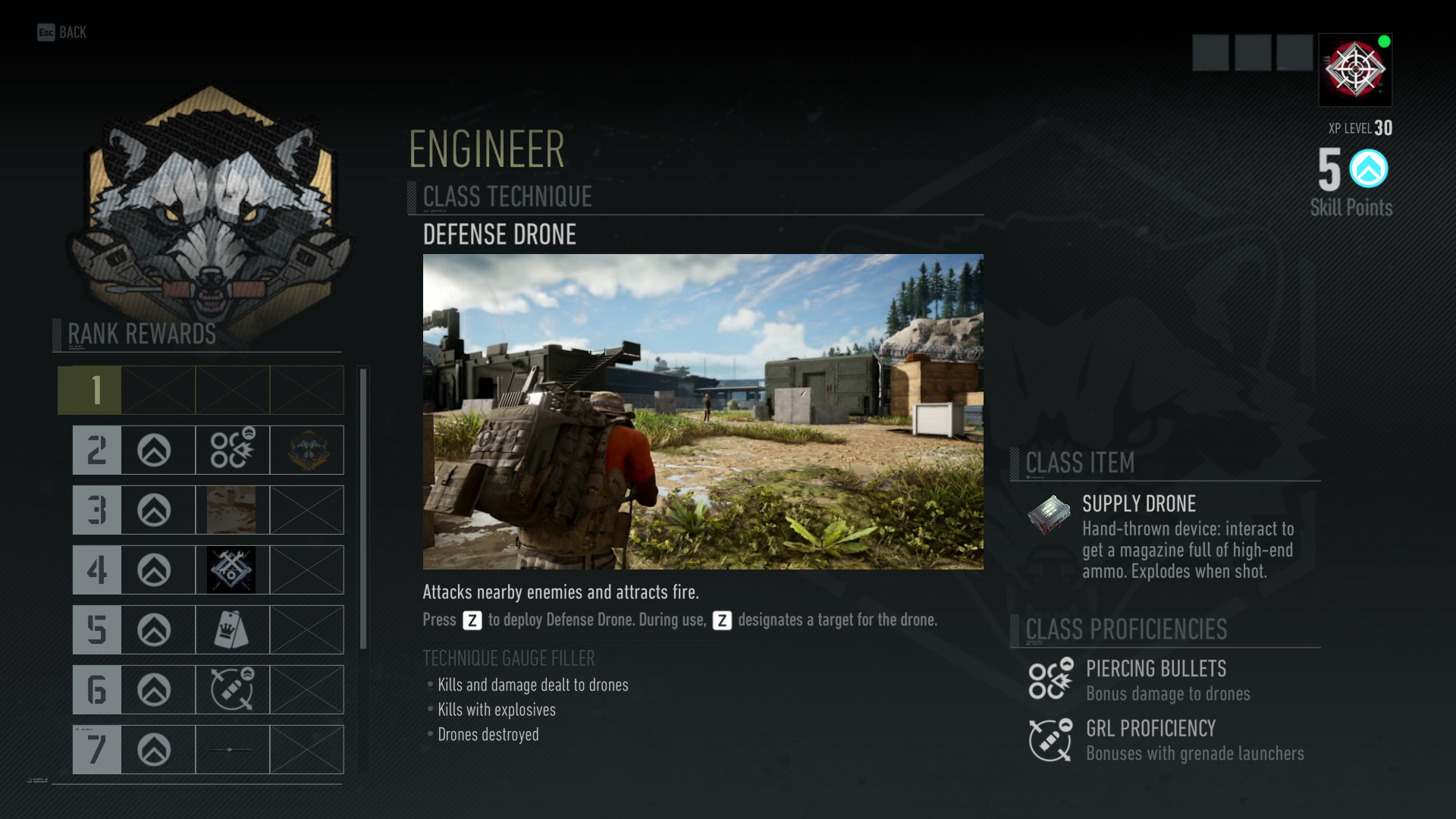 The engineer has a defense drone for their special ability that can be used to take out multiple enemies in combat.  When playing solo it is rather handy to have this drone around to distract your enemies if you get into a fight with multiple enemies.  The engineer’s special equipment is an ammo case that gives you “special ammo” for your weapon. Most enemies die quick enough that I didn’t notice a big difference between the special ammo and regular ammo, but I suspect if you are going against some more powerful drones it would be rather handy. 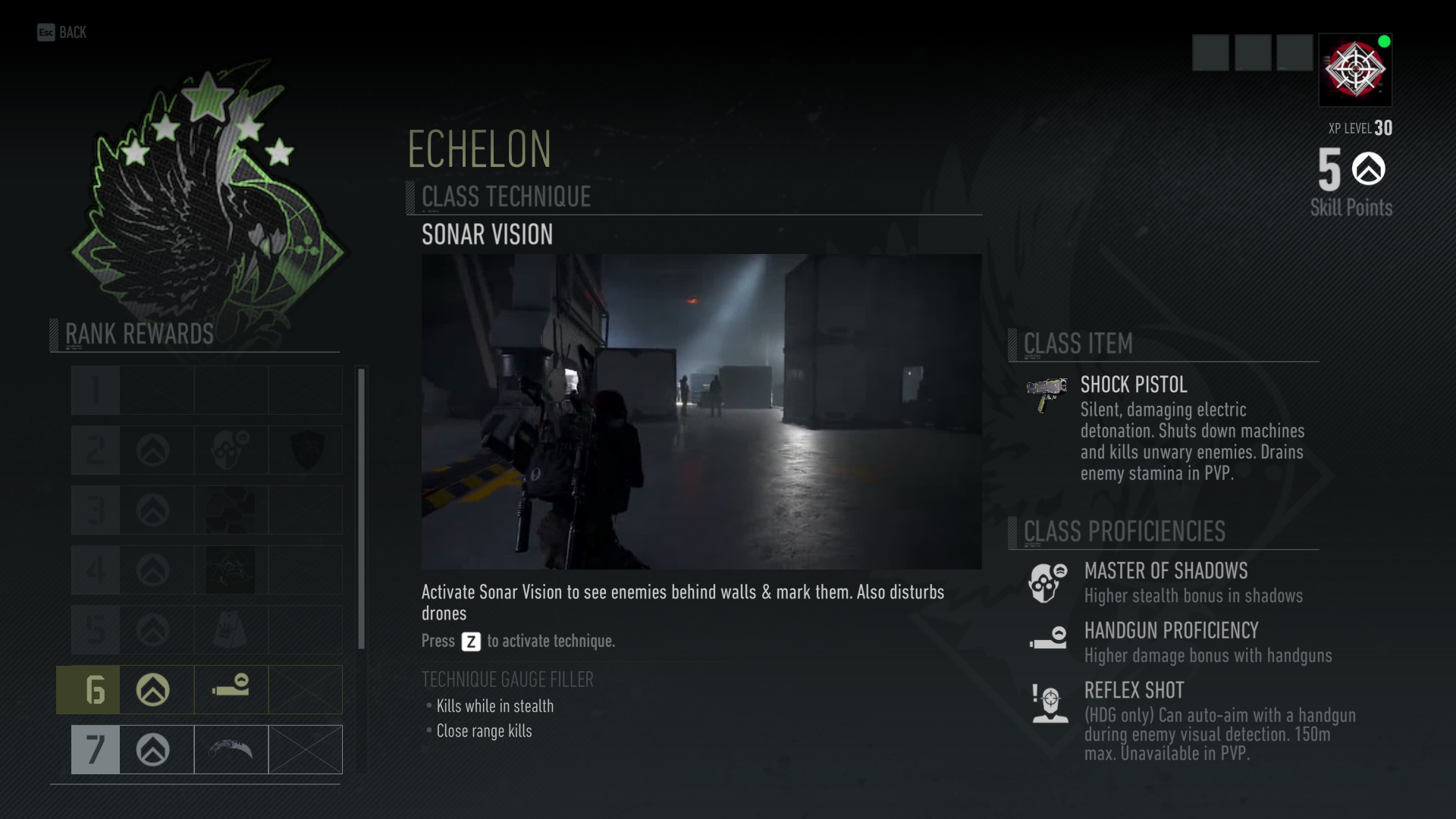 The Echelon focuses on stealth and close quarters combat, and gives bonus damage to pistol weapons, as well as a quick aim ability that allows you to auto aim at an enemy if they are about to spot you as you sneak around.  The Echelon’s special ability is a sonar vision that allows you to see enemies through walls. The special equipment for the echelon is the shock pistol, which can silently take out a group of enemies in an area at once. Unfortunately the shock pistol only has one round in it, so you need to be judicious in its use.

Nomad gets some intel for a mission and it turns out an old friend Sam Fisher is on Auroa.  Episode 2 includes 8 missions where you work with Sam to find a mysterious strategist that is kidnapping military experts across the world.  As a fan of the Splinter Cell series I was quite excited to see Sam, and you can unlock Echelon gear as rewards for doing the missions (including the signature 4th Echelon goggles).

Overall I found this release to have interesting missions, and I really enjoy the Splinter Cell crossover.  The Ghost experience settings let me change some of the portions of the game that I wasn’t a fan of in the original release.  If you haven’t played Breakpoint in a while, or you are a Splinter Cell fan I suggest checking out episode 2.