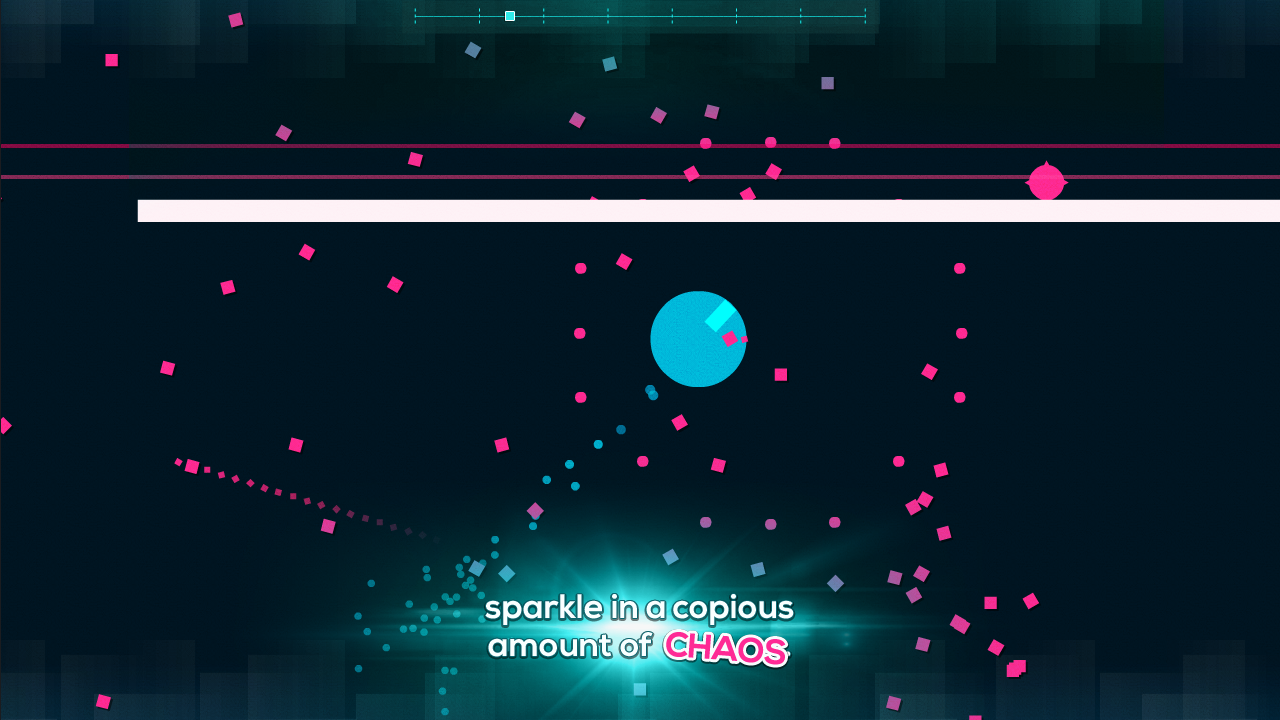 Throughout the Playstation Experience, there was always one booth pumping music, with a single TV that was always occupied. After listening to it for the better part of a day, our curiosity finally gave in and our team wandered over to play. It was the first of many sessions that weekend on what ended up being our biggest surprise of the show: Just Shapes & Beats.

The easiest way to describe Just Shapes & Beats is as a shoot ‘em up, but you can’t shoot back. As one of four tiny geometric shapes, you have to dodge, duck, dip, dive and dodge through an onslaught of pinks blasts and bullets. Checkpoints dot the way, but if you die, you’re jumped back to the most recent checkpoint line.

The shapes portion is all movement, but the beats play into the action by being the rhythm for your oncoming attacks. Big drops and thumping bass lines are you early warning for when attacks are coming, so you know when exactly to dodge. You have a dash that makes you invincible for a short time, but it doesn’t last forever — dashing in time with the music becomes critical to later areas where pink lines and bullets become nigh-impossible to dodge.

The game combines the two facets of shapes and beats into a simple, engaging experience that stood out among the many co-op and competitive experiences we played that weekend. Thumping along to the rhythm, dodging in and out of dangerous areas to revive teammates, barely losing to the boss and having to start all the way over again; this game is so easy for anyone and everyone to pick up and play.

We didn’t have time to check out what single-player is like (probably really difficult), but it’s better in some ways. This is a game that seems designed to capitalize on how much fun it is to play with friends. The moments when something new comes and all of you are freaking out, trying to find a safe spot to hide or dashing into oncoming fire to revive people, it gets hectic and exciting fast. Those experiences kept us coming back and introducing new people to it all weekend long, and it’s definitely on our watch list for 2016.