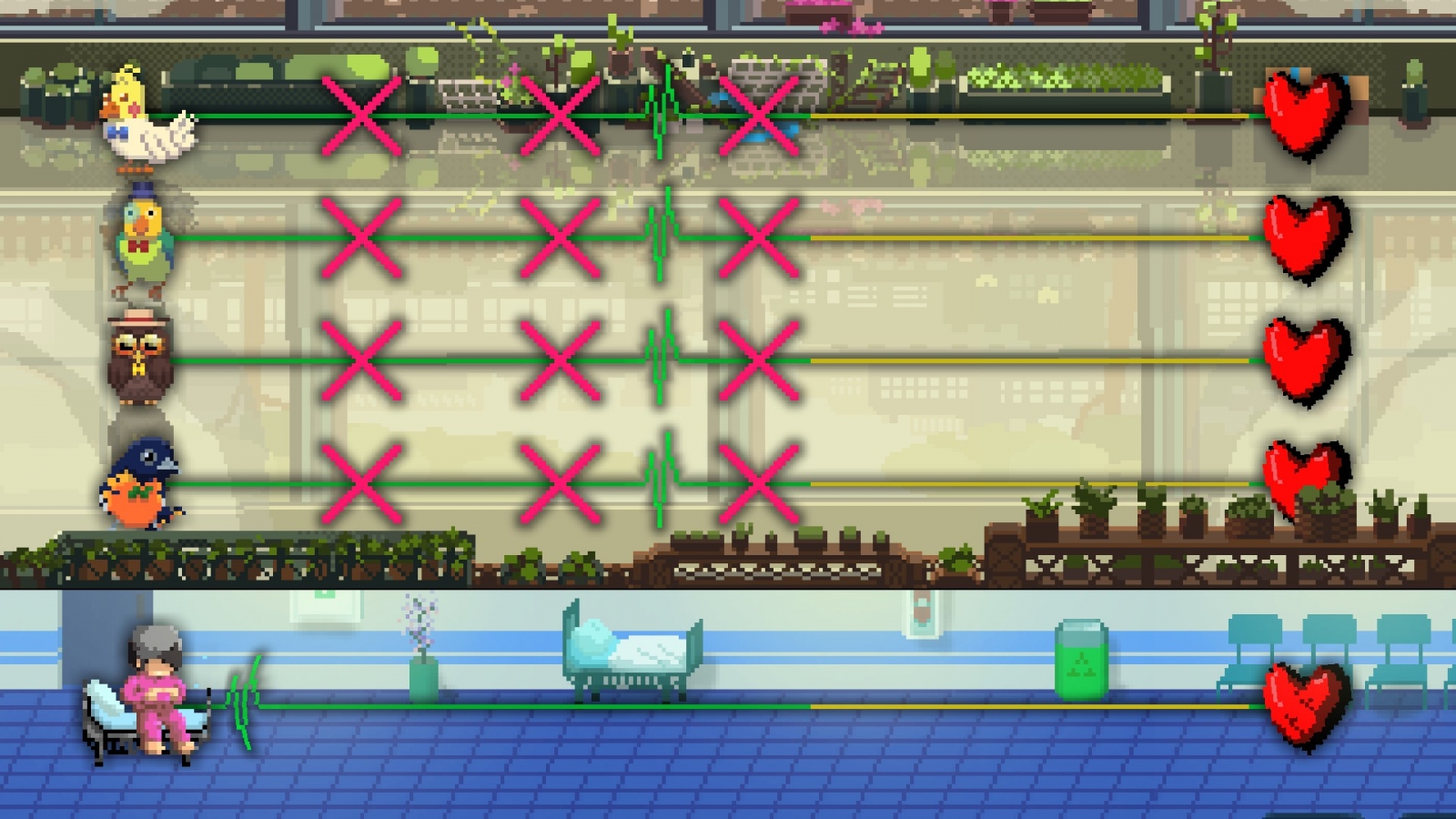 We like talking about long AAA development cycle times, but my most anticipated game still in the cooker is actually the indie music game Rhythm Doctor. After getting contacted by 7th Beat Games and playing a demo back in 2017, I was hooked immediately at the deceptively simple and wacky premise. Unfortunately, the only problem with a small taste of greatness is that the wait is excruciating, but over three years later (and nearly seven years of development!), the Early Access build of Rhythm Doctor is here and, to quote some recent vernacular, it slaps. 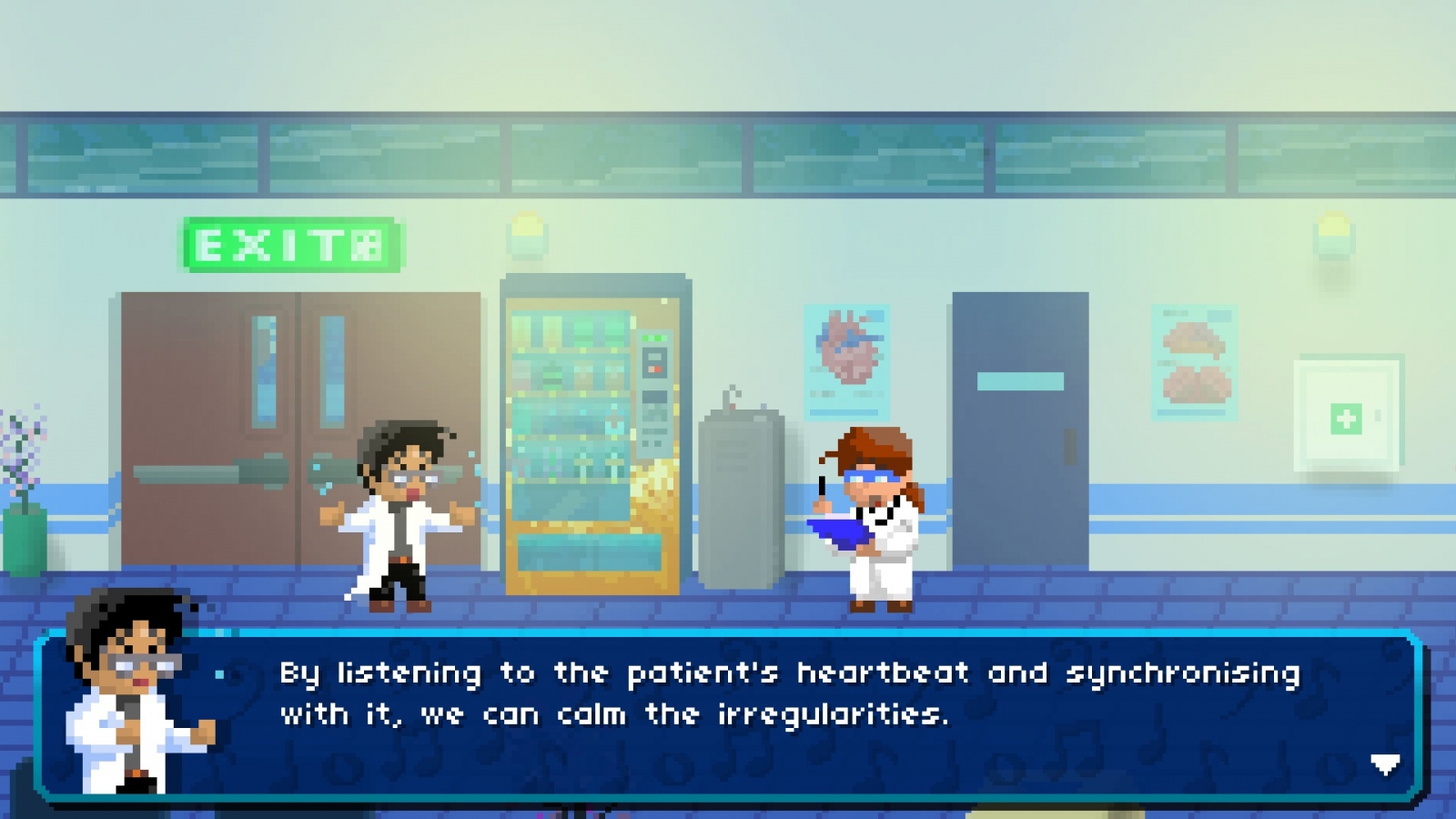 Rhythm Doctor hosts a unique idea where you’re an intern at Middlesea Hospital, which currently hosts the titular Rhythm Doctor initiative. Due to current situations, you’re working in a remote setting helping patients from afar. While the game references the recent pandemic as a reason for this, the premise was actually the same back in the 2017 demo; a remarkable coincidence! The patients that come in have irregular heart patterns, which must be constantly checked by pressing the Spacebar once every seven (or two) beats. This is easier said than done as you’ll have to deal with different time signatures, music styles, and even visual distractions throughout each of the over 20 stages. Thankfully, doctors Paige and Ian will help you acclimate to different rhythm patterns every few stages. 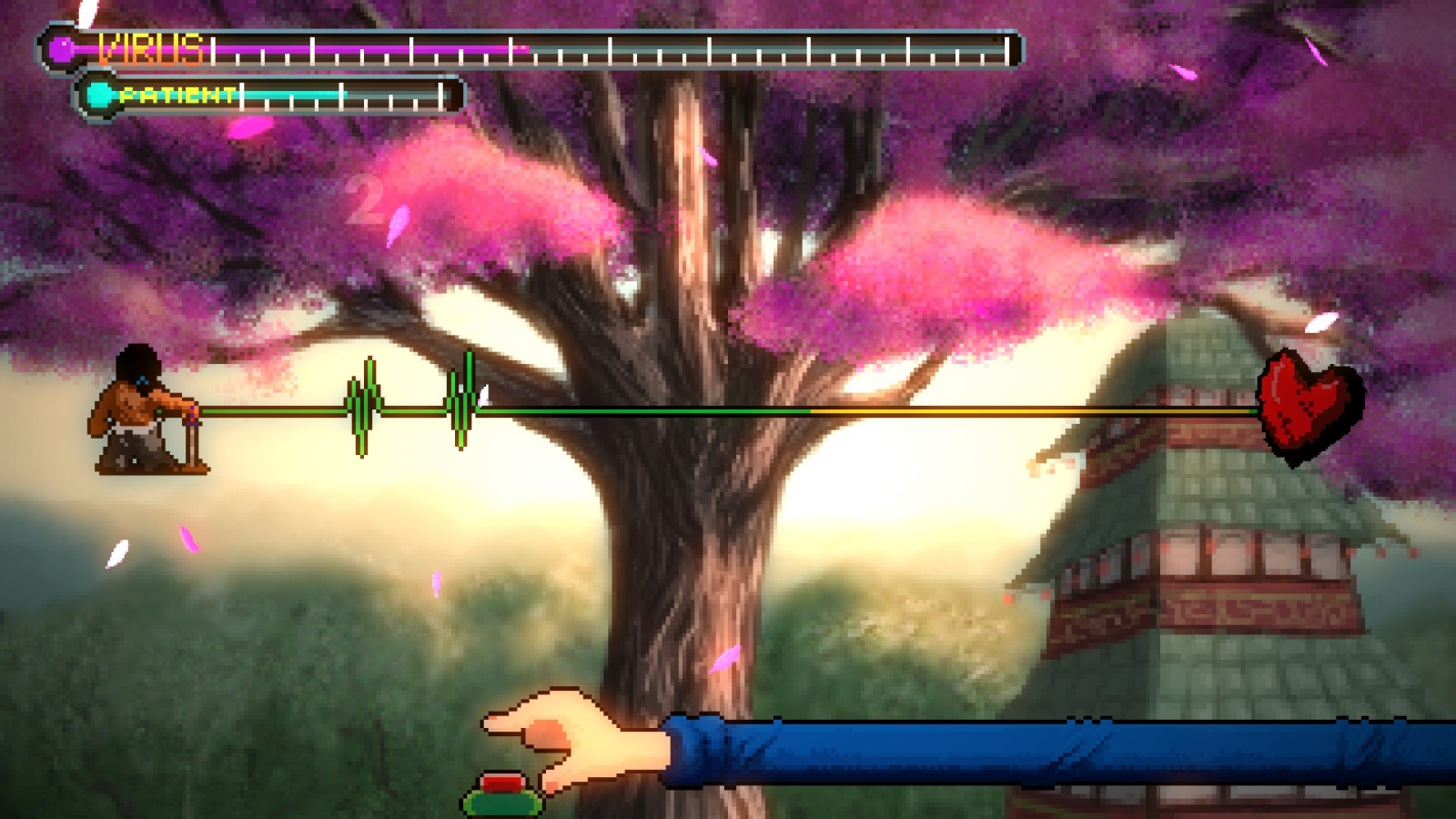 While I don’t play at the godlike level of most arcade rhythm games, I still can hold my own with the harder gameplay of the genre, and in that aspect Rhythm Doctor delivers. The challenge here isn’t with hundreds of notes coming at you in the span of seconds, but rather a true test of rhythm with music theory. It might seem like a lot of the stages feel unusually difficult, but dig deeper into the weeds and you’ll find some serious ideas within this silly game. You’ll deal with backbeats and syncopation with swing tempos, and while I only failed a couple songs from my normal playthrough, the Night Shift versions (alternate routines that act as extra stages) will challenge even the most grizzled veteran. It’s a difficulty curve that might seem unreachable to the uninitiated, but there are a few accessibility options that will ease you into the game. Rhythm Doctor won’t hold your hand, but it will throw you a bone here and there.

The best part of Rhythm Doctor lies with its soundtrack, which features a mix of indie licenses and original tracks to make an eclectic mix of tracks that feel refreshing and unique. You have everything from techno and dubstep to lo-fi and even swing music, and there were times when I played a stage again just to listen to the featured song. I hope that the soundtrack can be released on a compilation someday, because I’d buy a copy and then more copies for friends; it’s just that good. My all-time favorite stage in the game so far is the Act 2 boss, All the Times (better known as Window Dance due to the visual effects of the song), which sports killer background music and trippy visuals of the game window moving to crazy coordinates, which means you’ll need to rely on your rhythm rather than visual perception. It’s a fun stage and seriously one of the best moments I’ve ever had in a rhythm game. 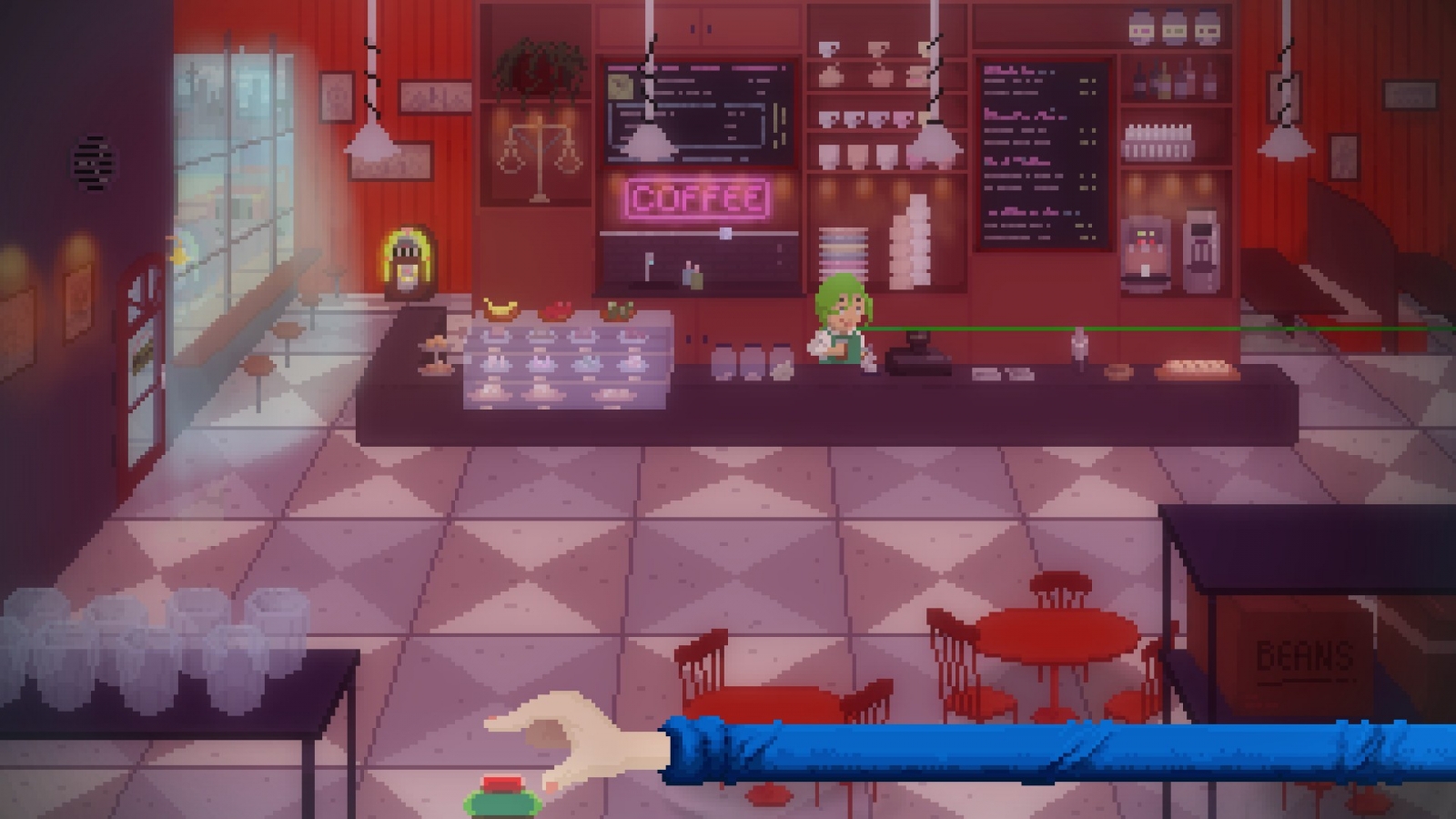 For those that have been keeping up with the game since the early demos, the graphical style of the Early Access version got a revamp, which makes the pixel art pop in places where it didn’t beforehand. It’s not going toe-to-toe with the AAA PC titles of the world, but the fact that it can run on most any laptop or computer and look great with a stylized theme is wonderful.

I forgot to mention the custom level editor is nothing short of amazing. While I’m not creative enough to make my own stages, there are a lot of tools here where you can make your own tracks and maps. You might be limited to the official sprites and verified artists in the Steam Workshop section, but there are tons of unique songs released there thanks to a supportive and active community of Rhythm Doctor fans, and the results are just as good as the official tracks. I can’t wait to see what other songs will be featured in the Early Access build here! 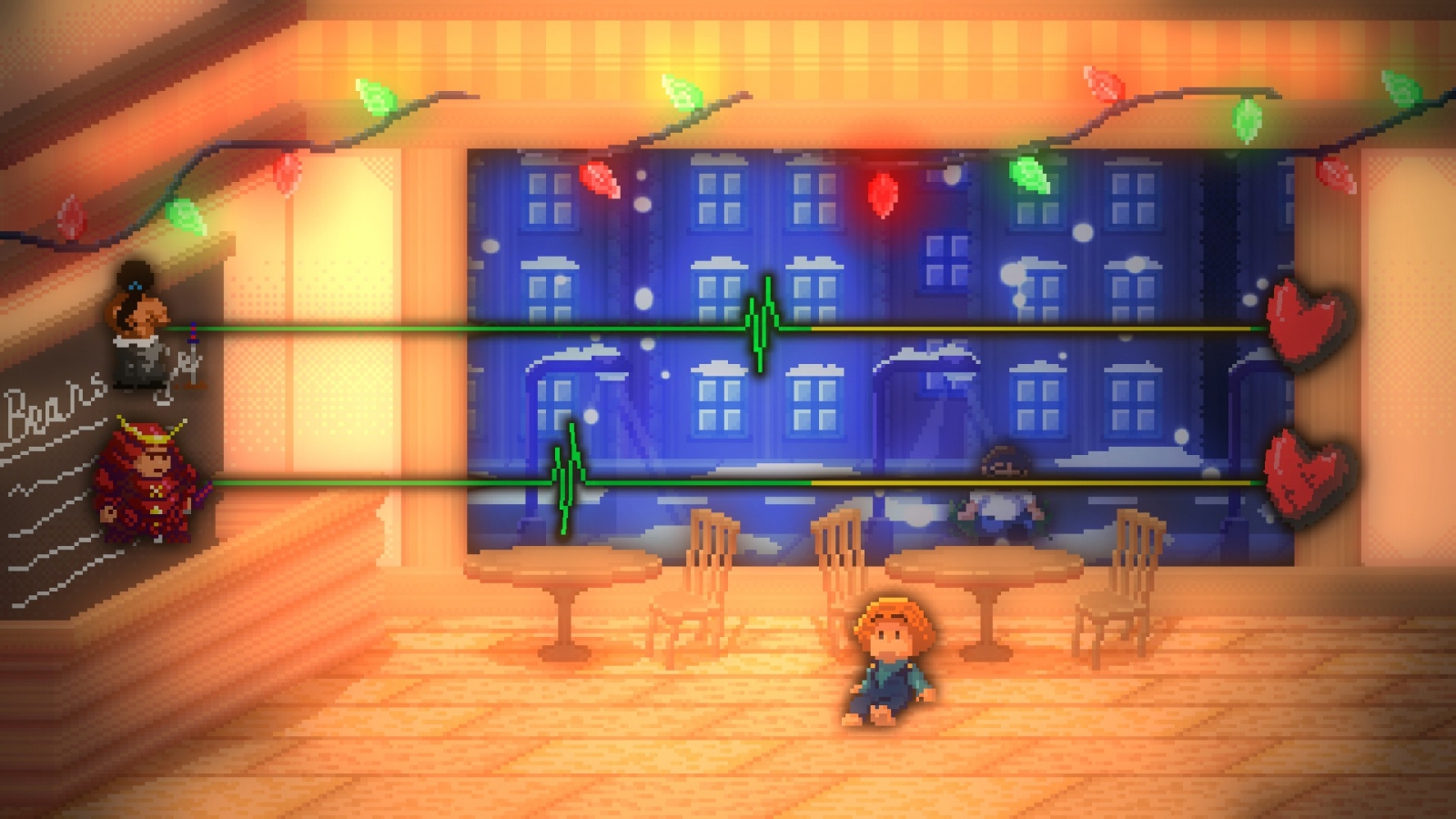 Rhythm Doctor may be in Early Access but it’s on track to be one of my favorite rhythm games of all time. With a unique premise, wonderful adherence to music theory, and an addictive gameplay system, this is one package that you need, stat!