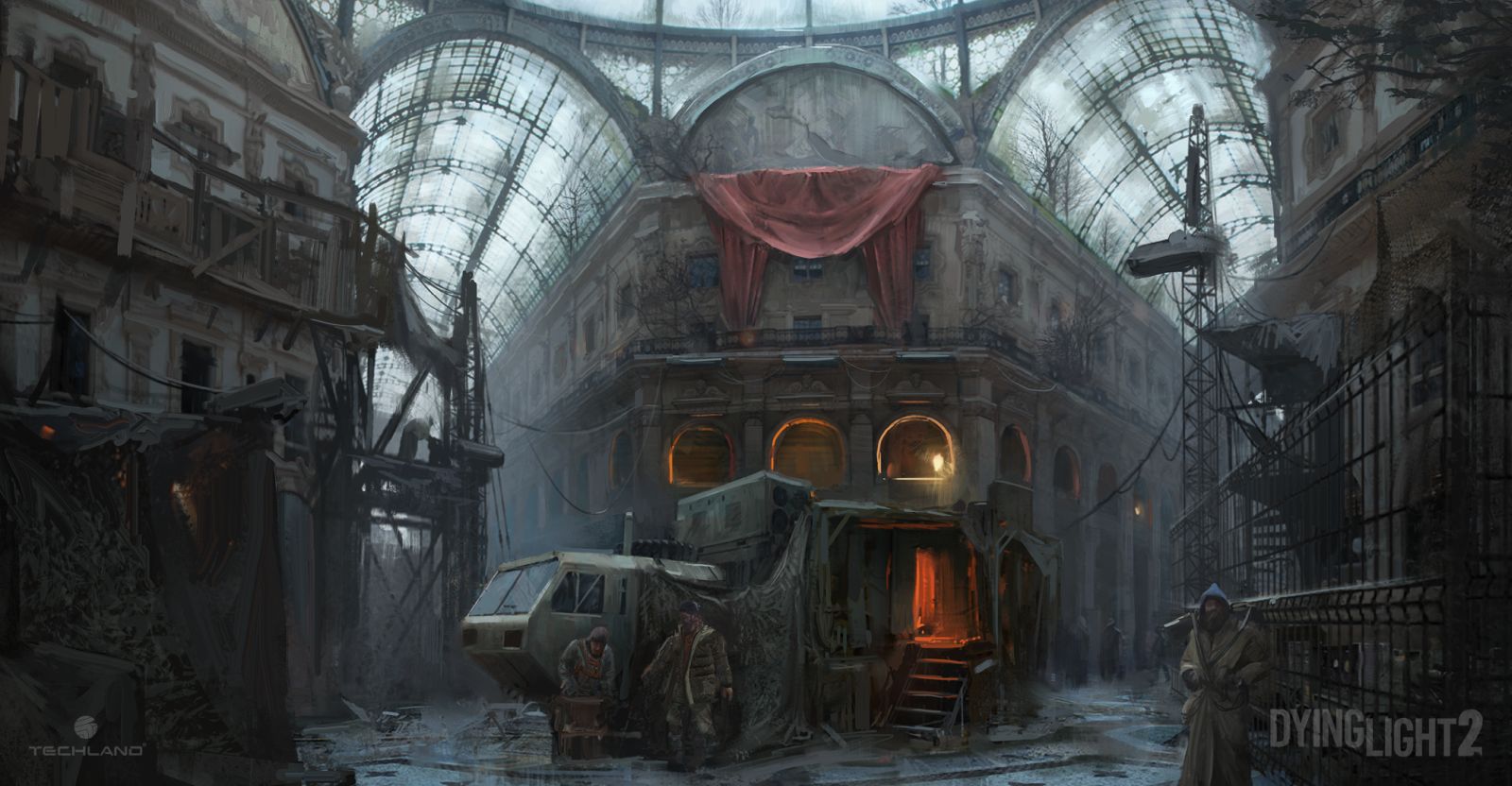 We’ve been eagerly watching the progress of Dying Light 2: Stay Human since its announcement in 2018. Originally slated for 2020, the team decided to delay it to December of 2021. But the team needed a little more time for something this ambitious, so they slid the date just a little bit to February 4th of 2022. After a great deal of waiting, we have finally gotten our hands on the game and I’m happy to report that it’s very much worth the wait. Setting off on a four-hour free-roaming preview, I’ve got a whole lot to talk about, so let’s get started.

If you need a quick refresher on Dying Light, the broad strokes are that a zombie apocalypse has struck the Earth. Our protagonist in that game, Kyle Crane, is sent in to find a possible cure. Well…despite some very real successes, he failed. Some might argue spectacularly. Dying Light 2: Stay Human picks up 20 years after the collapse with a new protagonist, Aiden Caldwell, a freelance runner trying to find his lost sister Mia. He’s heard that a group called The Pilgrims might have information on her whereabouts, so he’s embedded with them in one of the last bastions of humanity in Europe simply called “The City”. 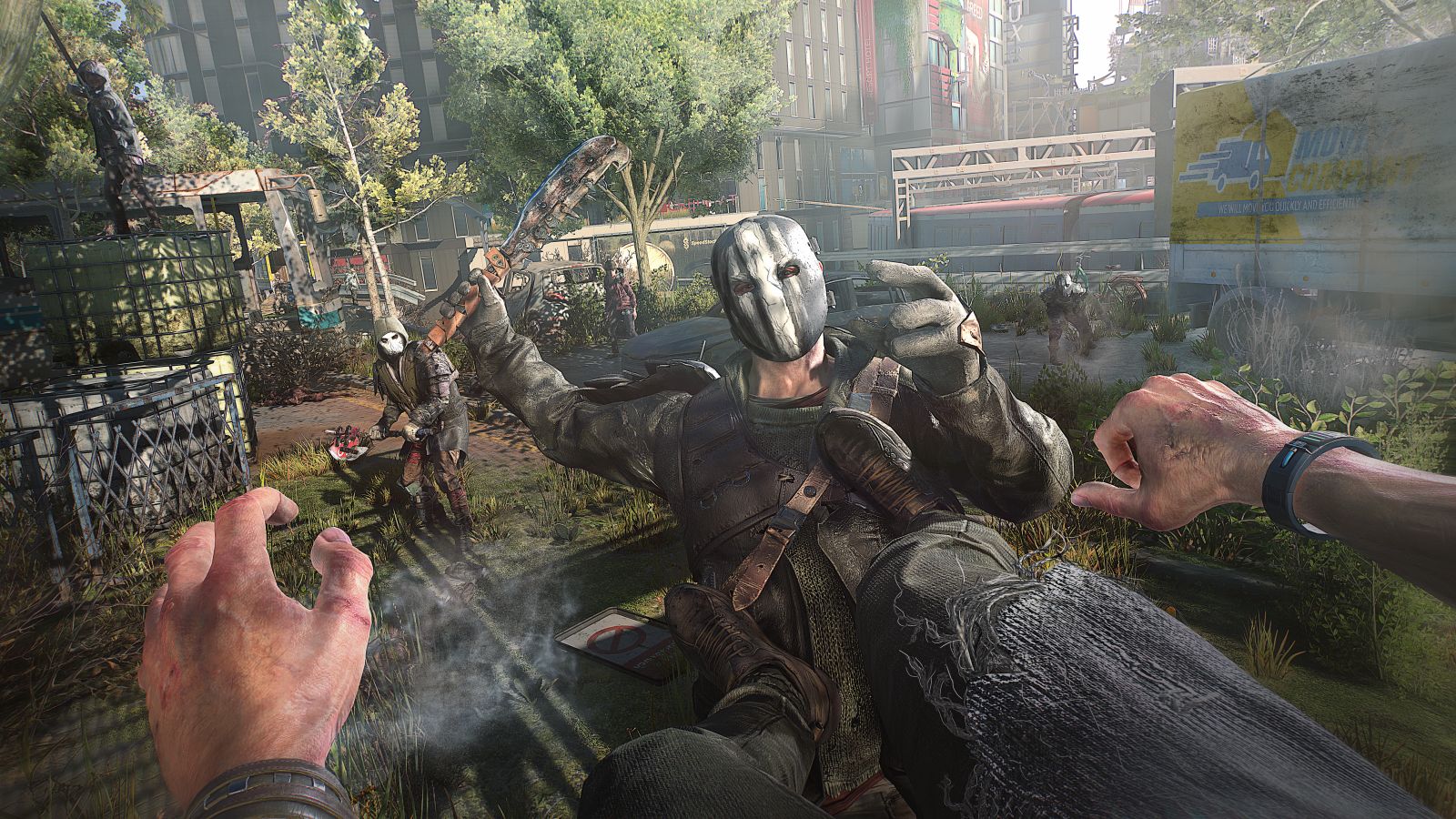 There are three factions that control The City — The Peacekeepers, a group devoted to trying to rebuild The City through restoring law and order. More than a military faction, they also have the best access to weaponry that could be invaluable to your fight against the zombie horde that continues to ravage The City. The Survivor faction are more like average folk, just trying to find a way to restore humanity to what remains of society. They focus on cooperation and trying to build order through mutual trust. They are also less equipped for the undead threat, instead of focusing on the resilience of mankind. The final group is the Renegades. They just want to watch the world burn. Happy to embrace the chaos, they are as opportunistic as they are cruel. As it was in the previous game, there’s more here than meets the eye, but that’s for you to discover.

By this point the world has fully collapsed, with the only safe spaces being cobbled together structures perched precariously on top of old buildings. The outbreak continues to ravage the planet, with the streets being completely overrun. During the day, the infected roam freely, having left their nests to scour for food. This presents an incredible threat, but also a great opportunity. In Dying Light 2, these nests empty out during the day, leaving them mostly undefended. Any loot that remains will be at least marginally less defended. As Dying Light 2 retains the RPG-like crafting systems, this is likely where you’ll find those sweet, sweet legendary blueprints. And wow will you need them, because the infected are far more dangerous than before. 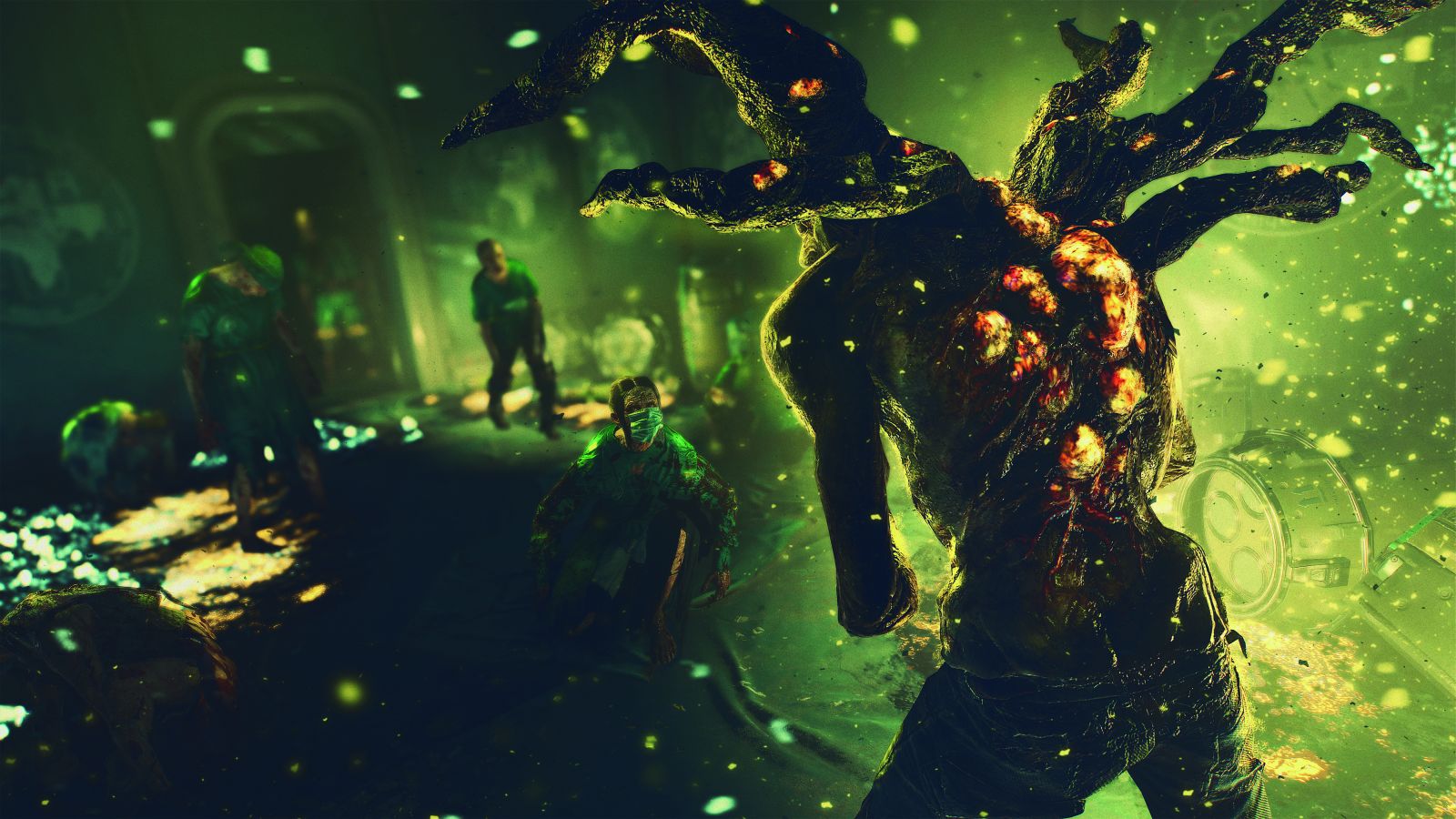 Speaking of crafting and weapons, there’s a ton of new long-ranged weapons of opportunity including spears that can be used in a pinch. Crossbows, shotguns, axes, shovels, and everything in between mash-up with the new upgrade system to create all-new weapons. I managed to pick up one that occasionally electrified the people I hit, as well as anything nearby. I could honestly spend this entire preview on just weapons and upgrades and still not even scratch the surface.

The team at Techland has tightened up the parkour, using everything they’ve learned from the previous game and expansion to make it more fluid and flexible. Wall-running, leaping and rolling, and otherwise navigating the dangers of The City while running at full speed is incredible satisfying. The team has captured over 3000 parkour animations to ensure that this main pillar got the attention it deserved. As a result, it feels more natural, and as you spend upgrade points it grows with you. There’s nothing quite like doing a leaping run over an obstacle, vaulting off the side of a tall building, air-swimming on the way down only to break your fall on top of a zombie, crushing their skull into the pavement, all without missing a step. 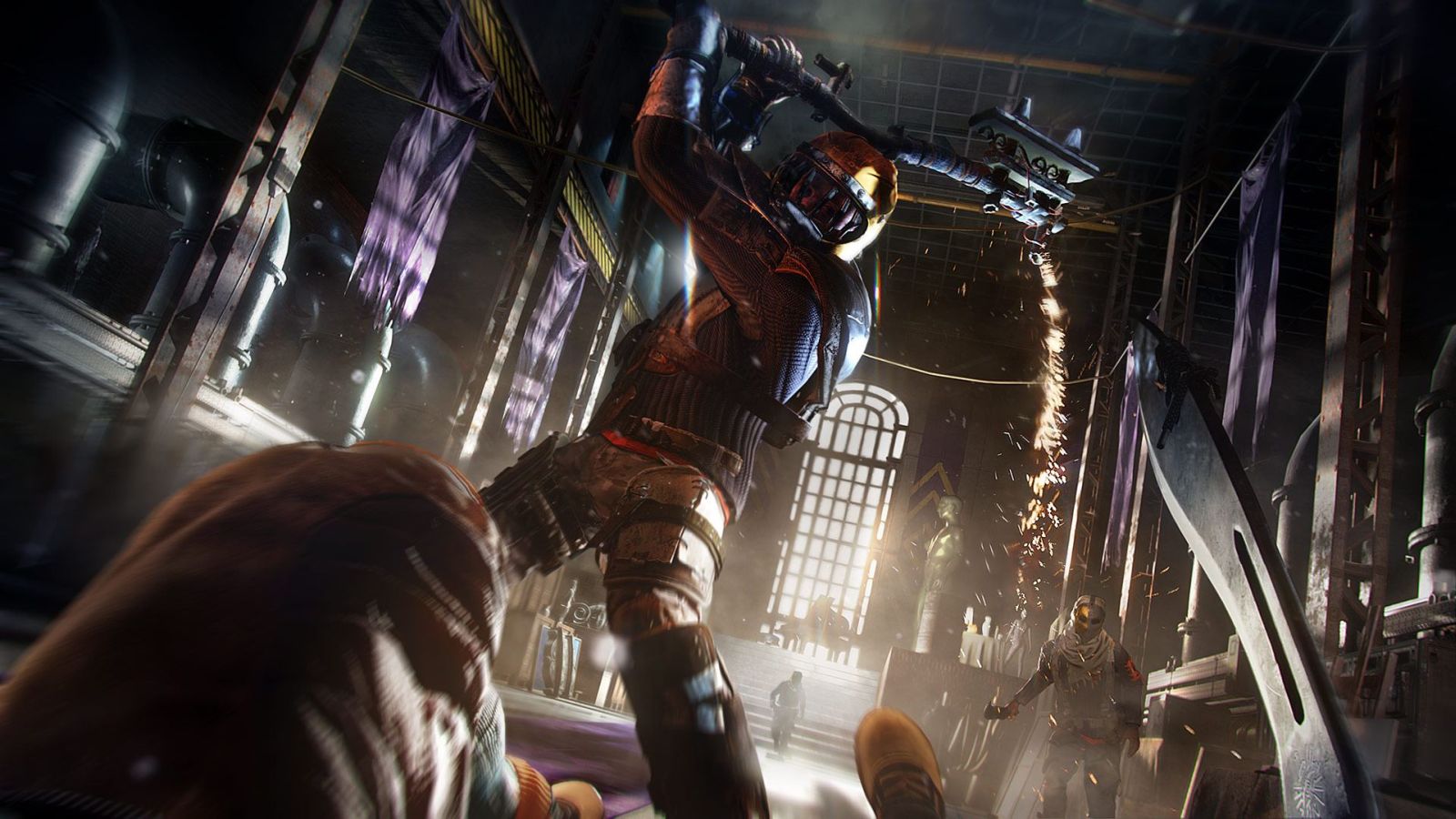 If there’s one thing that’s immediately obvious it’s that this sequel got an incredible graphical upgrade. Character models and facial capture are significantly better, but the lighting is magnificent. At night you’ll see shadows elongate and stretch as you cross a light source. Monsters shuffling will cause those same shadows to undulate and shift as they shamble through the streets. Ultraviolet lights are a sign of defended human settlements and they look gorgeous. In fact, all of the lighting is the same top-shelf quality we’ve seen in other recently-released titles with real-time lighting. When you are navigating through dark tunnels, being able to see the shadows of your enemies adds a whole new dimension to the game. RTX is on full display here, and it is absolutely gorgeous.

As I began to explore The City I found myself inside more expansive buildings than in the predecessor. It creates new and more claustrophobic battle spaces but also restricts you from simply escaping to re-engage. Learn the timing of combat or proceed at your own peril. It was inside one of these buildings that I first encountered something entirely new — the Howler. 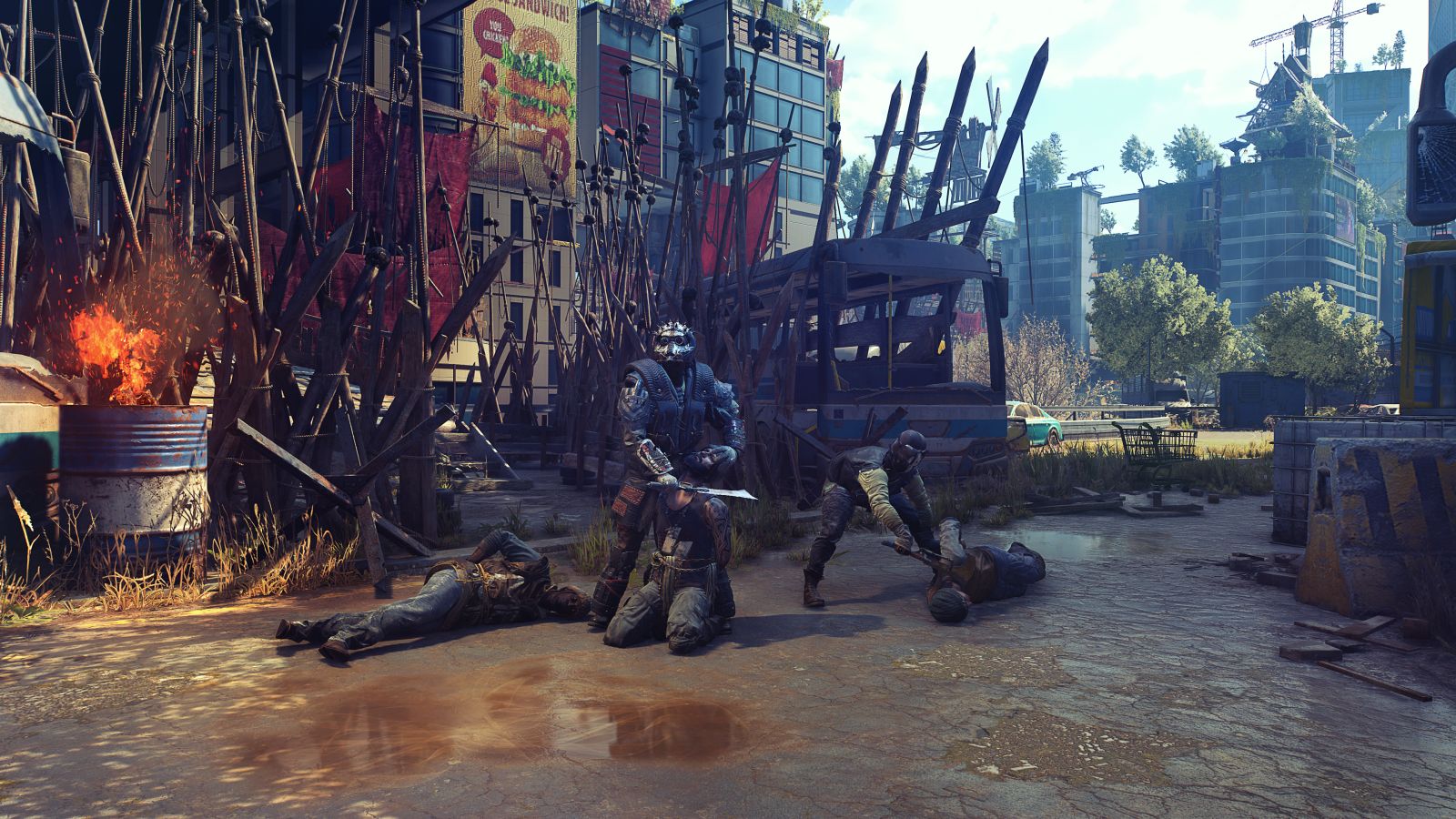 Carefully moving through a confined space in an old abandoned school I ran across an infected with a glowing portion on their chest, sallow sagging skin draped over an emaciated and somewhat deformed body. Its head turned and spotted me, but instead of simply rushing to smash my head in, it issued forth an ear-piercing screeching sound. Suddenly I found myself awash in shoulder to shoulder undead. This Howler had just informed every infected in the area of my presence, and my stealth engagement just turned into an immediate need to flee. I have no doubt that there are other new infected to tangle with, but these Howlers might just be the worst of them.

Talking with the team, they tell me something that was immediately apparent — Dying Light 2 is a staggering four times bigger than the previous game. To help make all that extra space feel alive, the team has built a branching storyline system. As you explore and take on main and side missions you’ll be presented with choices. You’ve reclaimed a space and re-established power, but who are you going to align with to reclaim it? Giving it to the Peacekeepers could grant you access to some cool military tech, but you can bet that the Survivors and Renegades will have something to say about that. As you continue to make decisions like these you’ll further align with one faction or another, slowly transforming the city itself. Peacekeepers taking over a space will make it more militaristic and defensive, where the Survivors might install a community garden to help keep their community fed. The city will evolve as you follow your journey, so it’ll be interesting to see how it turns out. No matter what you choose, this almost guarantees a second run just so you can see all of the other possibilities. 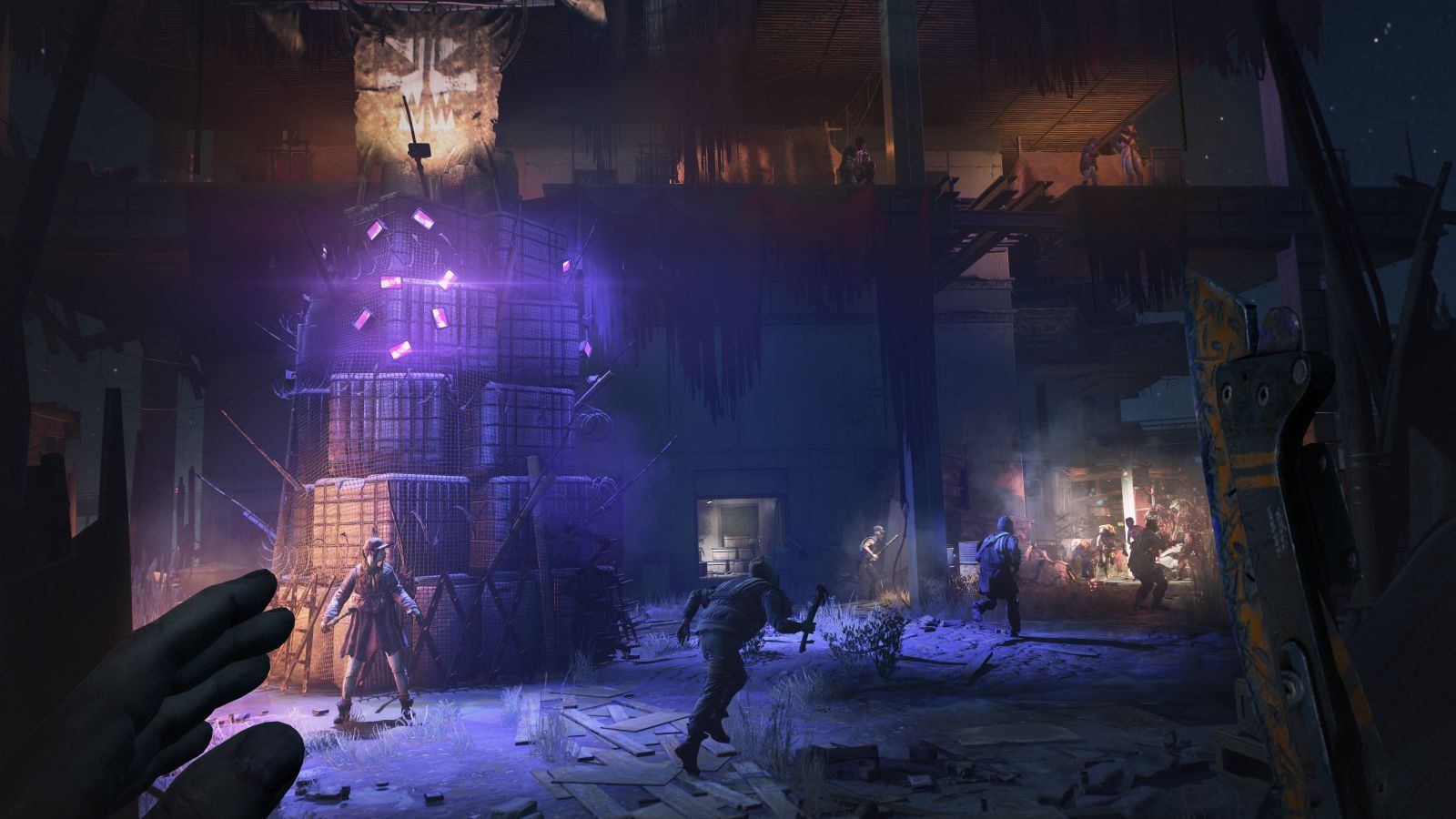 Another way the team is making the far larger world navigable is with new tools. You’ll get an upgrade to your grapple gun, but eventually, you’ll also gain access to a paraglider. Riding updrafts, this new tool is very useful for crossing vast differences as well as navigating some of the skyscrapers we saw nearer the end of our time with the game. The buildings are taller, more dangerous, and should bring a whole new dimension to exploration this time around.

As my time with Dying Light 2: Stay Human came to a close I found myself with one thing in mind — I wanted to keep going. That’s a good sign. Even after four hours I felt like I hadn’t even begun to plumb the depths of all the improvements Techland is bringing to the table. Bolstering one faction can crumble the other, closing off access to large chunks of content unless you play through a second time. There are seven district regions to explore, and I have no doubt there’s plenty I’ve not seen on top of that. Frankly, even with all I did get to see, it’s hard to know where to even begin, and we didn’t even get to try the four-player cooperative action! There are teams that delay because they couldn’t get their code in gear to hit a deadline, and then there are delays that are just to give the team the time to catch up to their incredible ambition. This is the latter. 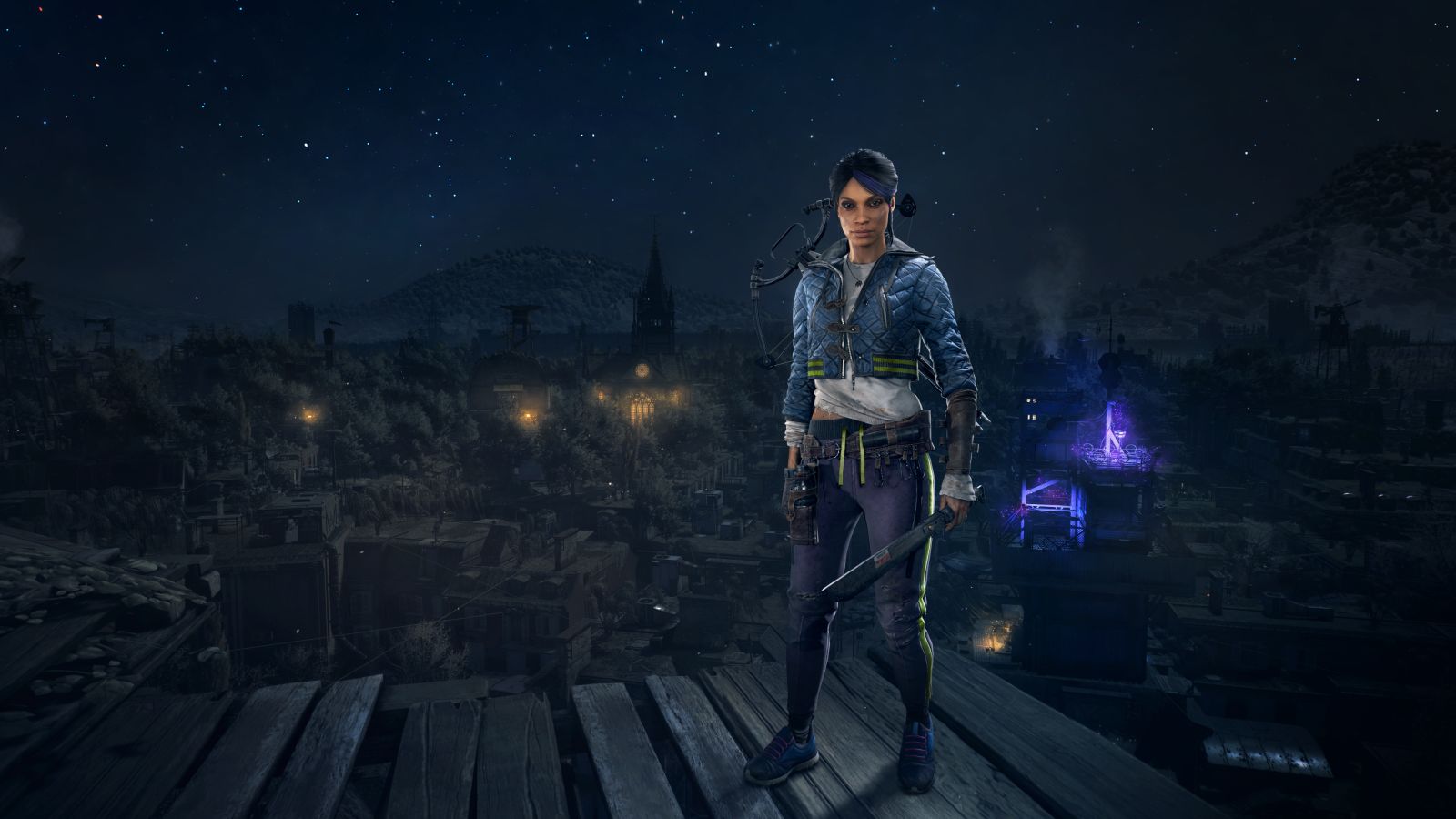