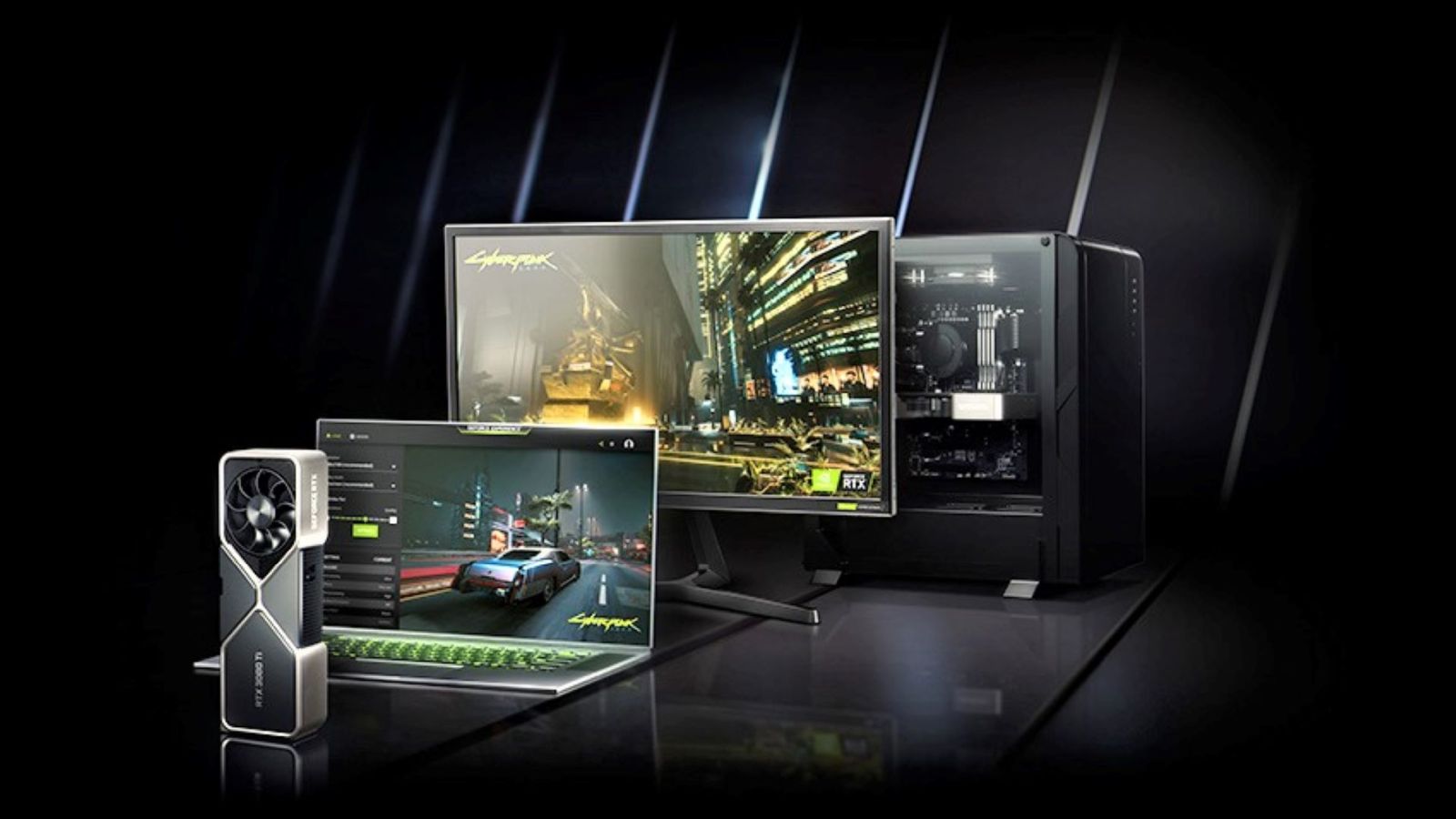 If you saw our review for Marvel’s Guardians of the Galaxy, you probably spotted our look at just how well DLSS is implemented in the game. We saw an RTX 3060 go from 7 frames per second all the way up to 60 in 4K! Absolutely amazing, right? That sort of improvement often comes at a small hit to edges while in motion. Well…maybe not anymore.

Yesterday we got to sit in on a tech brief with NVIDIA to look at their latest update to DLSS — DLSS 2.3 (Hey! What happened to 2.2?). Available by the time you read this, there’s a wealth of improvements, on top of a brand new tool, and even a surprise for those of you not using NVIDIA’s cards. Surprised? I know I was. Read on, or check out this video:

What’s the Latest? DLSS 2.3 & How It Keeps Learning

There are just over 130 titles with DLSS enabled, with 45 of those coming in the last quarter alone. DLSS, or Deep Learning Super Sampling, operates by taking three reference frames and passing them through an advanced AI to output a high-resolution frame that is often better than the original, and at a higher framerate. Sometimes, however, it can result in some edges in motion having slight artifacting when moving at speed. It’s subtle, but you can see this on the highest framerate option for Cyberpunk 2077 where the edge of a car or the side view mirrors might look less crisp than you’d expect. No longer. With DLSS 2.3, this ghosting is completely eliminated, improving the overall image quality across the entire scene. We saw another effect in motion with another DLSS-improved title, DOOM ETERNAL. Fire particle effects could sometimes pick up a “mouse tails” type effect. Now they look like fire embers, as was intended. Since it’s baked directly into the Game Ready Driver released today, you’ll have to do precisely nothing beyond upgrading your drivers to enjoy the improvements. 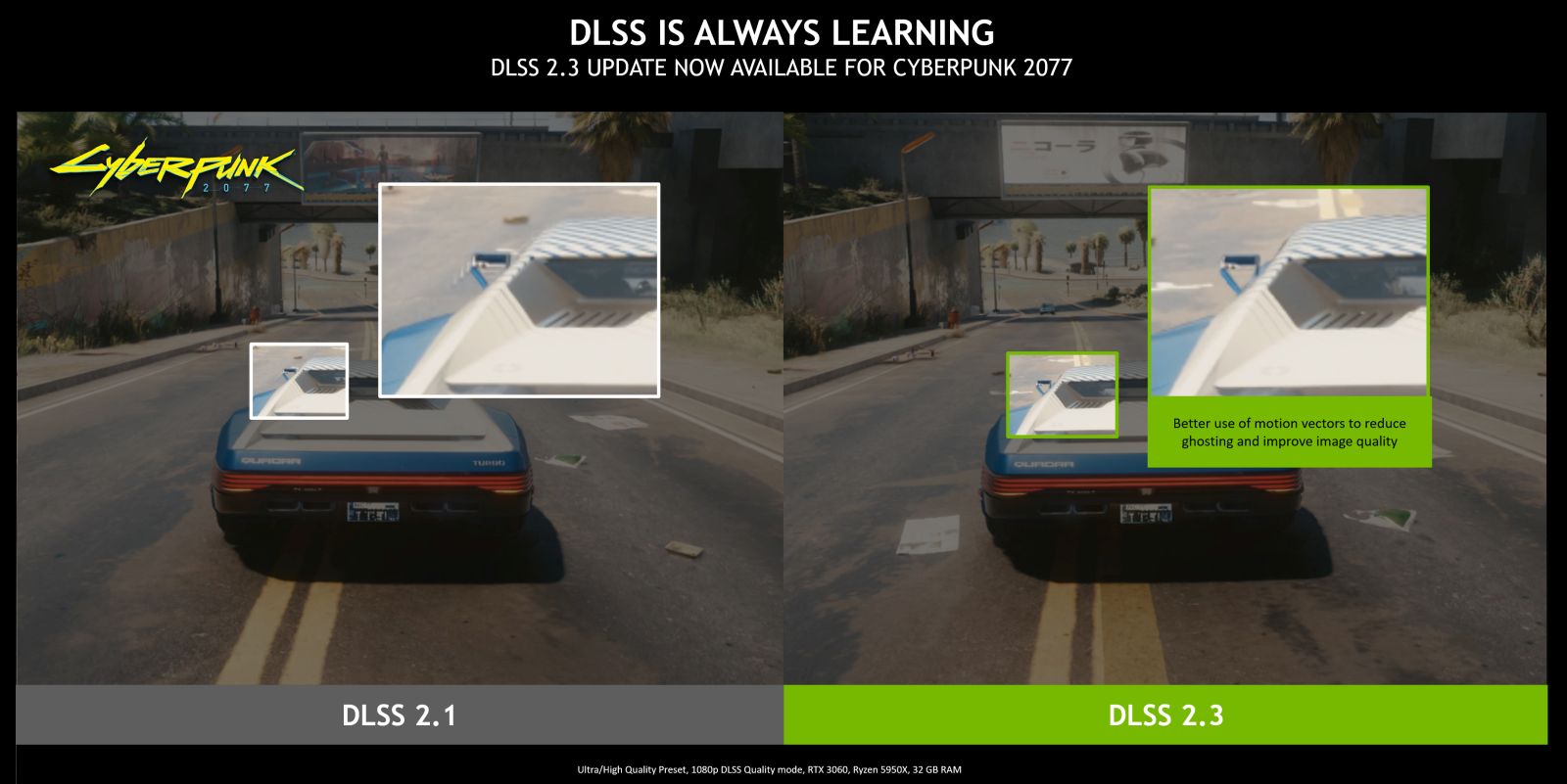 There are a number of games that have already released with DLSS 2.3 including:

All of this is great, but what if you don’t have an NVIDIA card, or the game you are playing doesn’t yet support the tech? Well, you’ll be happy to know that there’s something here for you as well. With this newest update to the GeForce Experience you can now enable Spatial Upscaling for all games. While in game you can bring up a panel to select image scaling with sliders to directly control image render resolution and overall sharpening. Using this overlay in real time lets you tweak the image to precisely the right visual quality without having to save, exit, and relaunch.

For the developers out there, an Image Scaling SDK is also available on Github, meaning this tech can be applied regardless of what card you are using. Better still, this new SDK is also cross-platform compatible, meaning it’ll work on the latest crop of next-gen consoles as well. Based on the examples we saw, you’ll see some improvement while using spatial upscaling, though not nearly as clean or as fast as DLSS. Still, it’s handy in a pinch where a game doesn’t support DLSS natively.

The reason this SDK approach doesn’t quite yield the same stratospheric improvements as DLSS comes down to reads and feeds. Namely, that Spatial Upsampling only uses a single image for sampling data, which it then passes to a fixed algorithm for interpretation. 2.2 million points are sampled, and when it comes out the other end you end up with a 3.5 million pixel output, effectively sharpening the image and doing so with a slight framerate boost. Conversely, DLSS samples three frames, pulling in over 6 million pixels of input which is then passed through an AI Network to generate the same 3.5 million pixel output. The difference manifests most often as a shimmering at the edges of distant objects. As every new frame comes in, the shimmer continues because you get a different outcome from the algorithm on that frame. With DLSS, especially 2.3, this is completely eliminated simply by having more data to make cleaner decisions. Well…the cool thing is that you don’t have to take my word for it anymore. NVIDIA’s got a whole new toy to play with. 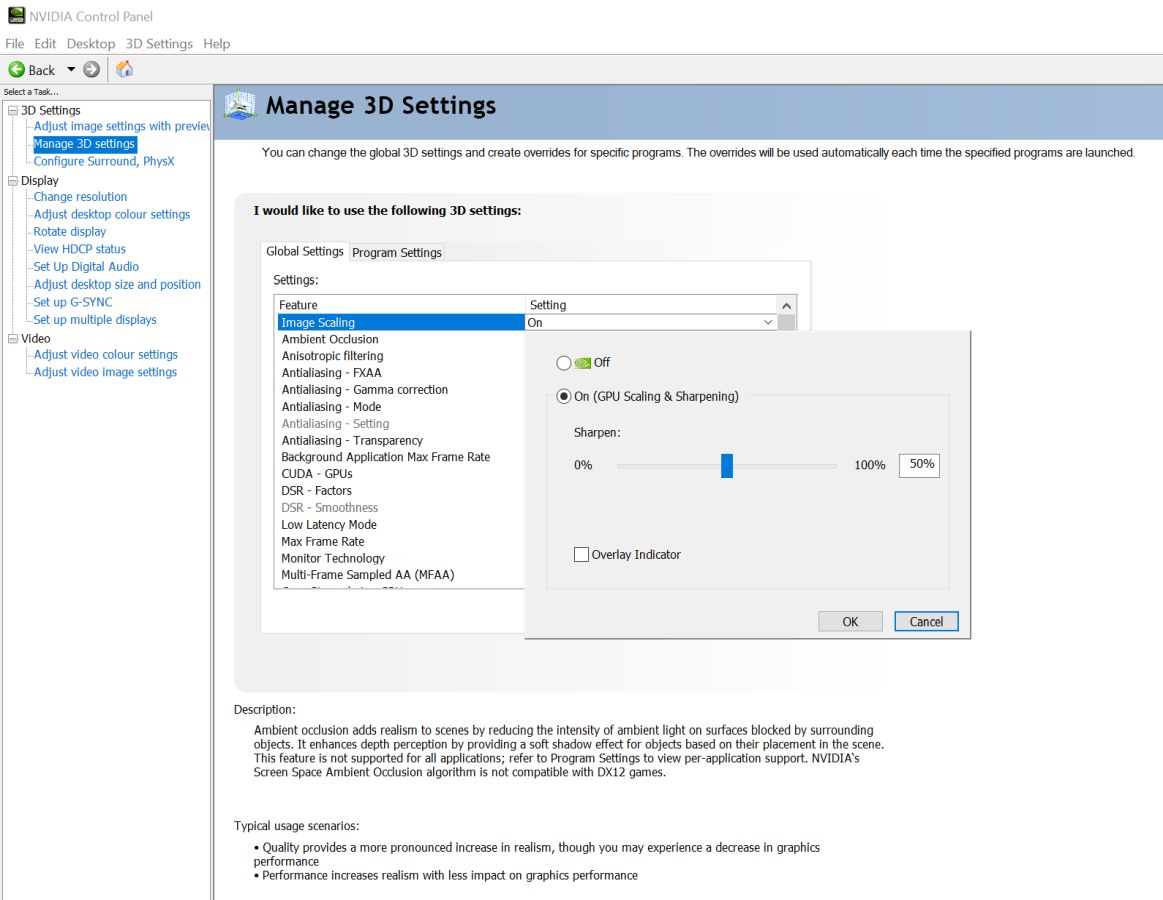 Alongside this improvement to DLSS, NVIDIA is releasing an Image Comparison and Analysis Tool, or ICAT for short. Using a simple drag and drop interface and a handful of sliders, you can now pull in multiple sources to create those cool A/B sliders that allow you to pull the frame back and forth to see the differences. This is handy for showcasing DLSS On and Off, or different video sources. Unlike those static image tools, however, this can now be done with videos.

Zooming in on an image will show you how two stills differ, but it’s often in motion where you see the largest amount of artifacting or the aforementioned shimmer. Well, now that’s possible as you can pull videos into the ICAT tool, zoom in on them, and then slide the line back and forth to show the differences. I cannot overstate just useful this tool will be in our comparison videos as it’ll allow us to not only showcase side-by-sides, but also give us new ways to show image quality in addition to framerate improvements. Best of all, and just like tools like FrameView, it’s free, so feel free to try it for yourself. 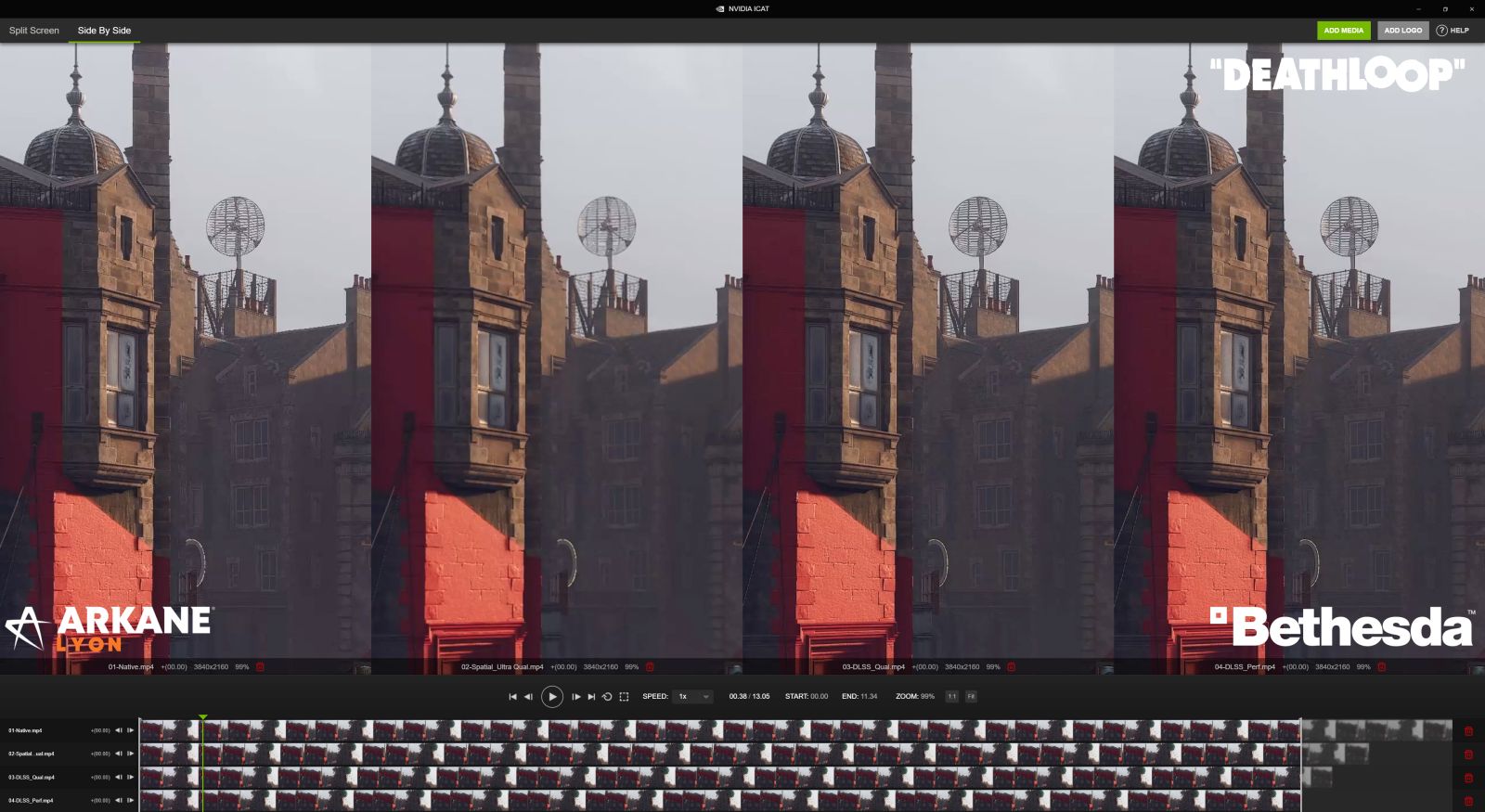 Game Ready Drivers 496.76 are now available via the GeForce Experience, or at the official NVIDIA homepage.