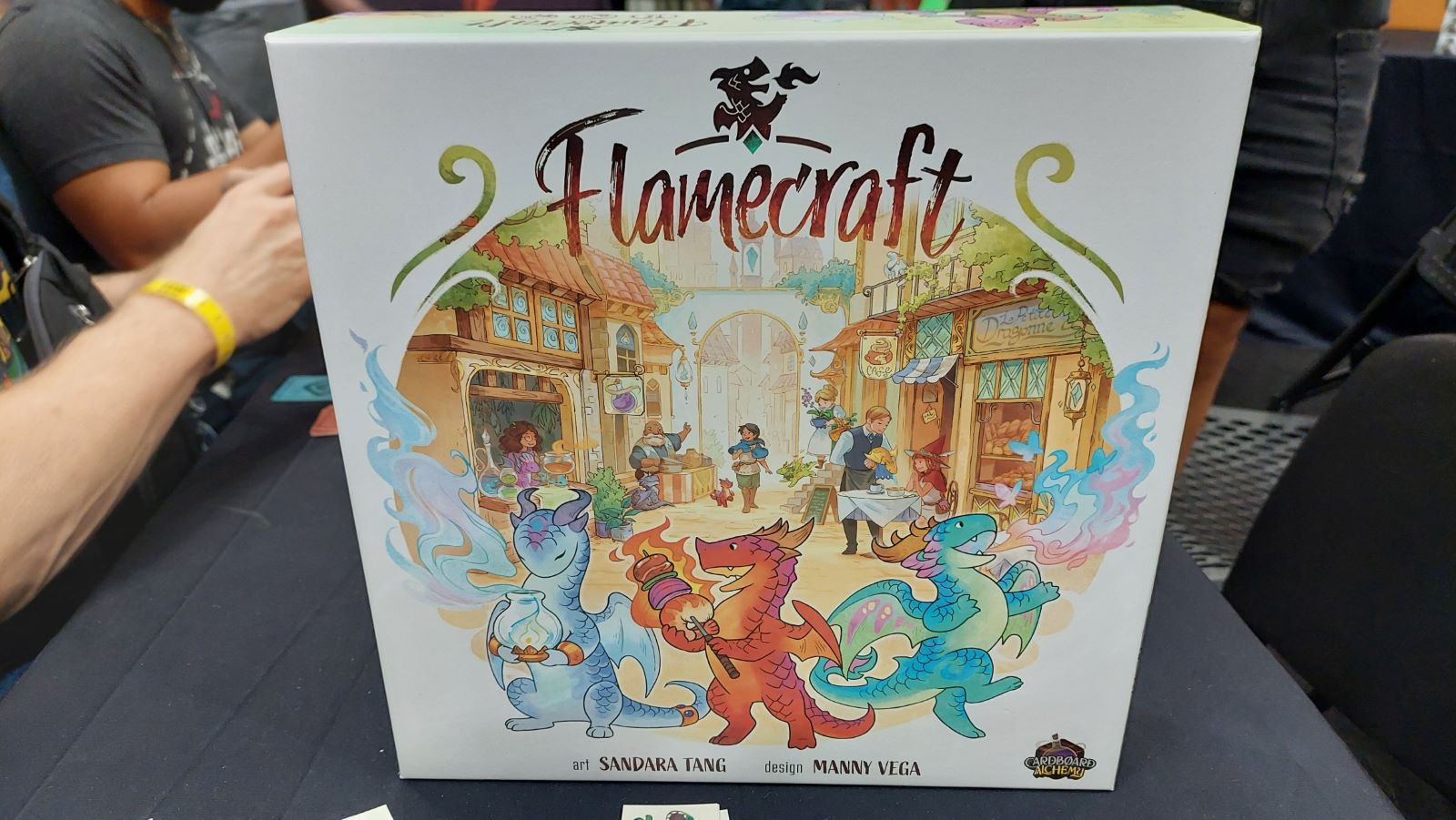 I’m sorry. It’s too late. You’ve already clicked the article and seen the feature image. There’s no turning back. You’re in love. There’s no resisting what could be the cutest, most enchanting board game ever made. No kidding, when I saw Flamecraft in person at Gen Con this year, I audibly gasped. Flamecraft’s charm might make it the best introductory board game yet. 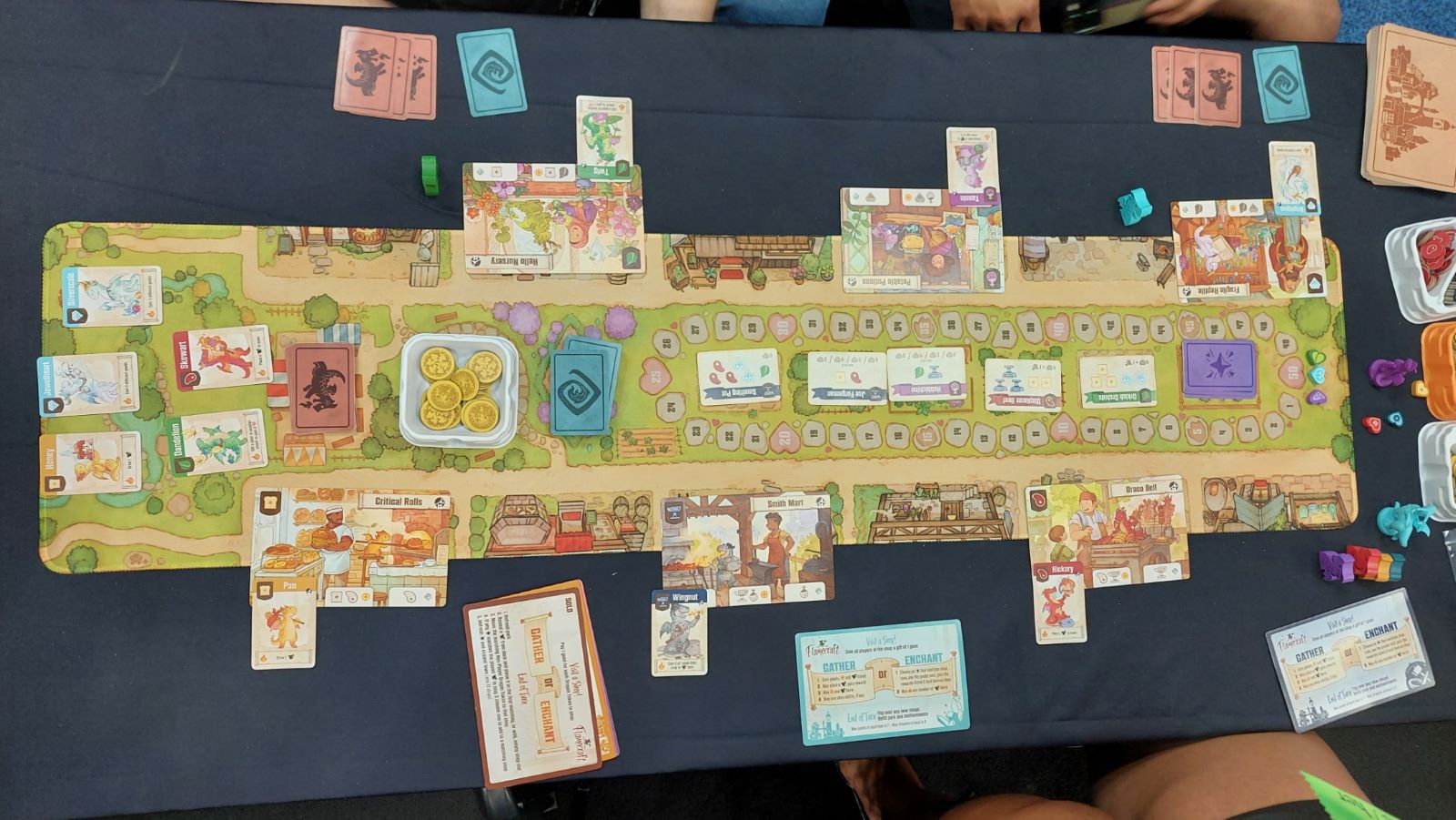 Available for pre-order now, Flamecraft, from Lucky Duck Games, envisions 1-5 players as dragon experts, called flamekeepers, tasked with befriending cute little dragons and enticing them to produce marvelous wonders like… bread. The dragons of flamecraft don’t hoard gold or roast townsfolk, they bake cakes and roast kabobs. Each dragon, of which there are six types, is unique, named, and cuter than a giggling baby. 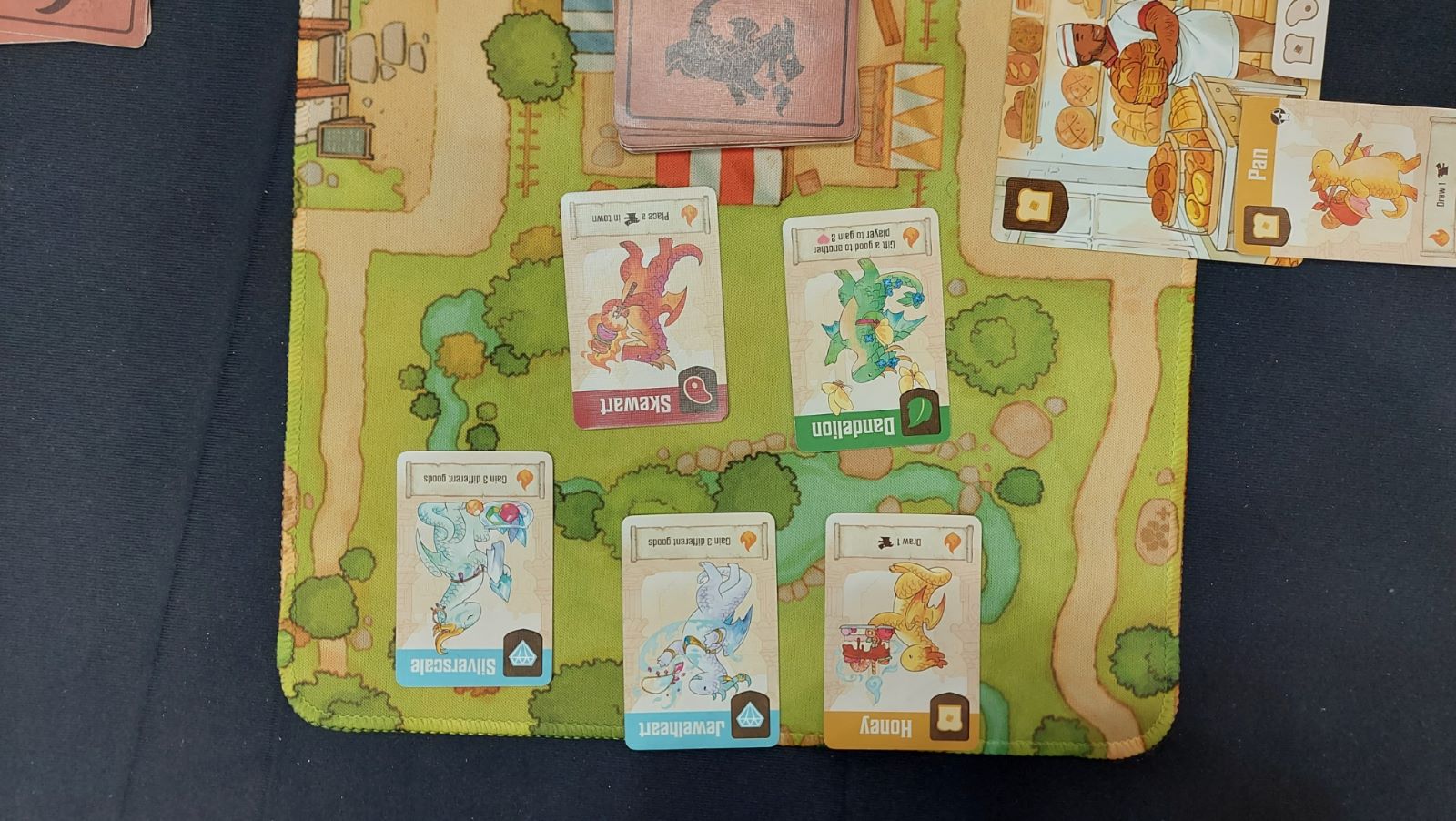 The goal of Flamecraft is to have the most points at the end. Points are obtained in several different ways, I’ll explain shortly. On a player’s turn they have two options, gather or enchant. When gathering, the player chooses a shop on the board and gains all resources listed on the shop and any dragons placed there. Then they may place a dragon themselves if a slot is open, and gain a small reward for doing so. After that, they may use the ability of one dragon there. Each type of dragon has their own ability, a couple of which being drawing a dragon or gifting a good to another player for two points. Lastly, they may use the shop’s ability if it has one. 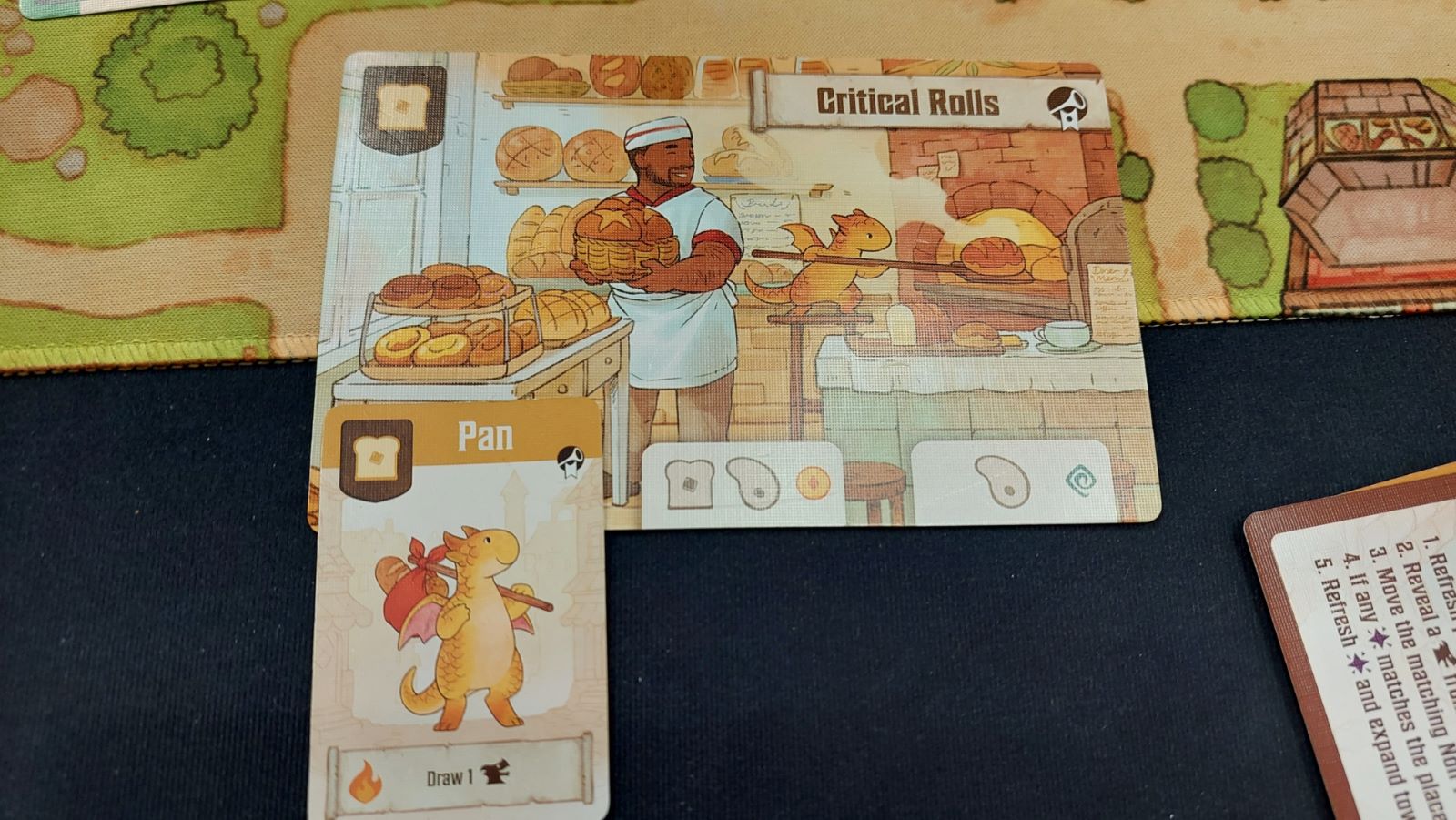 When enchanting, a player spends their collected resources on an enchantment, earning points in doing so, before placing it on a matching shop. Then, they may use the abilities of all dragons in that shop. Enchantments are one of the main ways of scoring points. Another way is fancy dragons. These dragons function as personal end-game scoring objectives. One of them is named Chonkers! 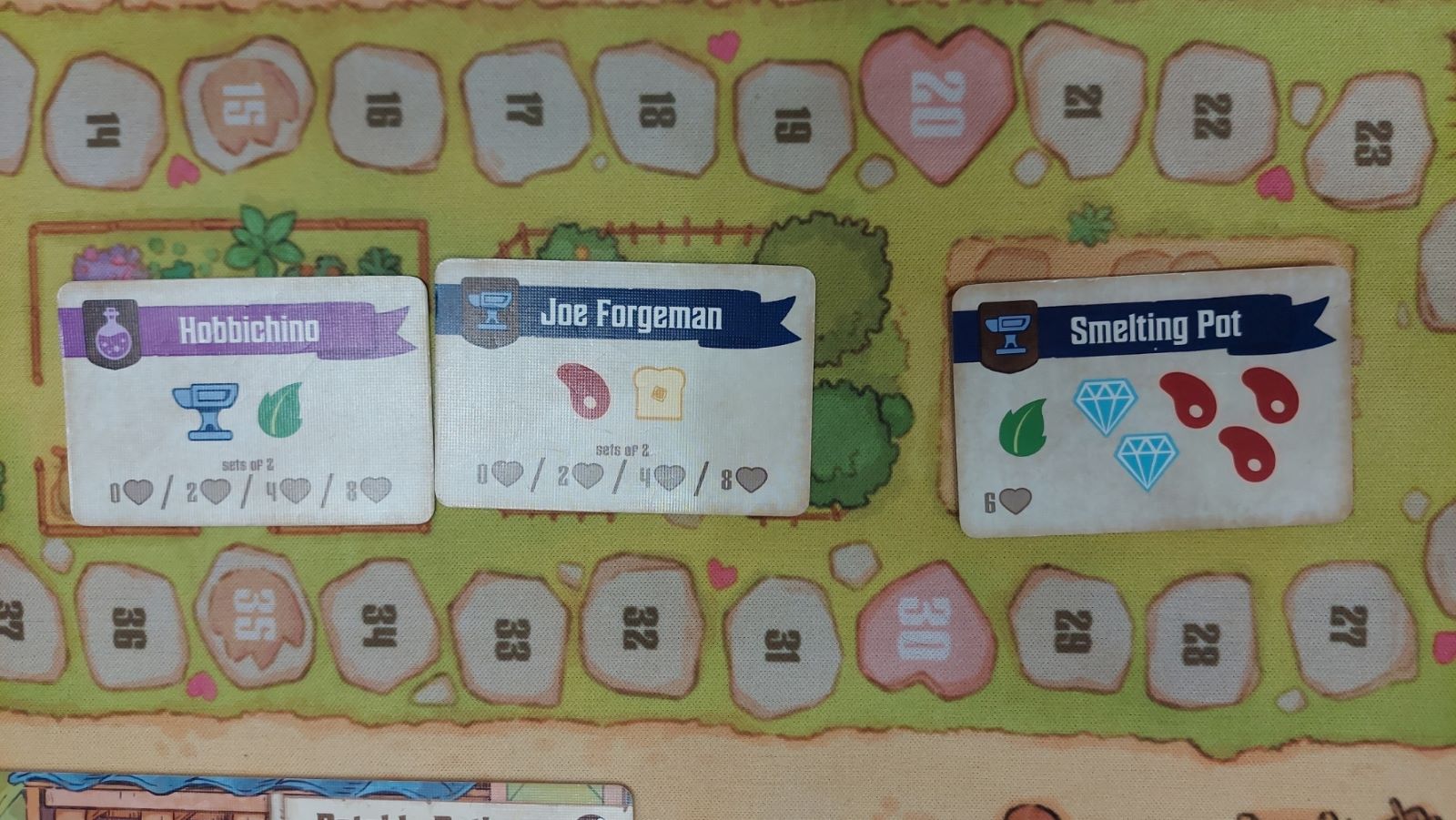 Throughout the game, players will collect dragons, fill up shops with them, place more shops on the board, and fill those up too. Along the way, they’ll collect resources and spend them to fill shops with enchantments and earn points. Uniquely, Flamecraft’s engine building is communal, which facilitates friendly gameplay while maintaining an overall competitive experience.

Flamecraft is fairly simple, absurdly charming, yet still plump with strategy. I’m going to keep a close eye on this one, this might be the new go-to for introducing new players to the hobby. One of the dragons is called Propane. You know what that means? Hank Hill would play this game. Name one other board game you could convince Hank Hill to play, I dare you.