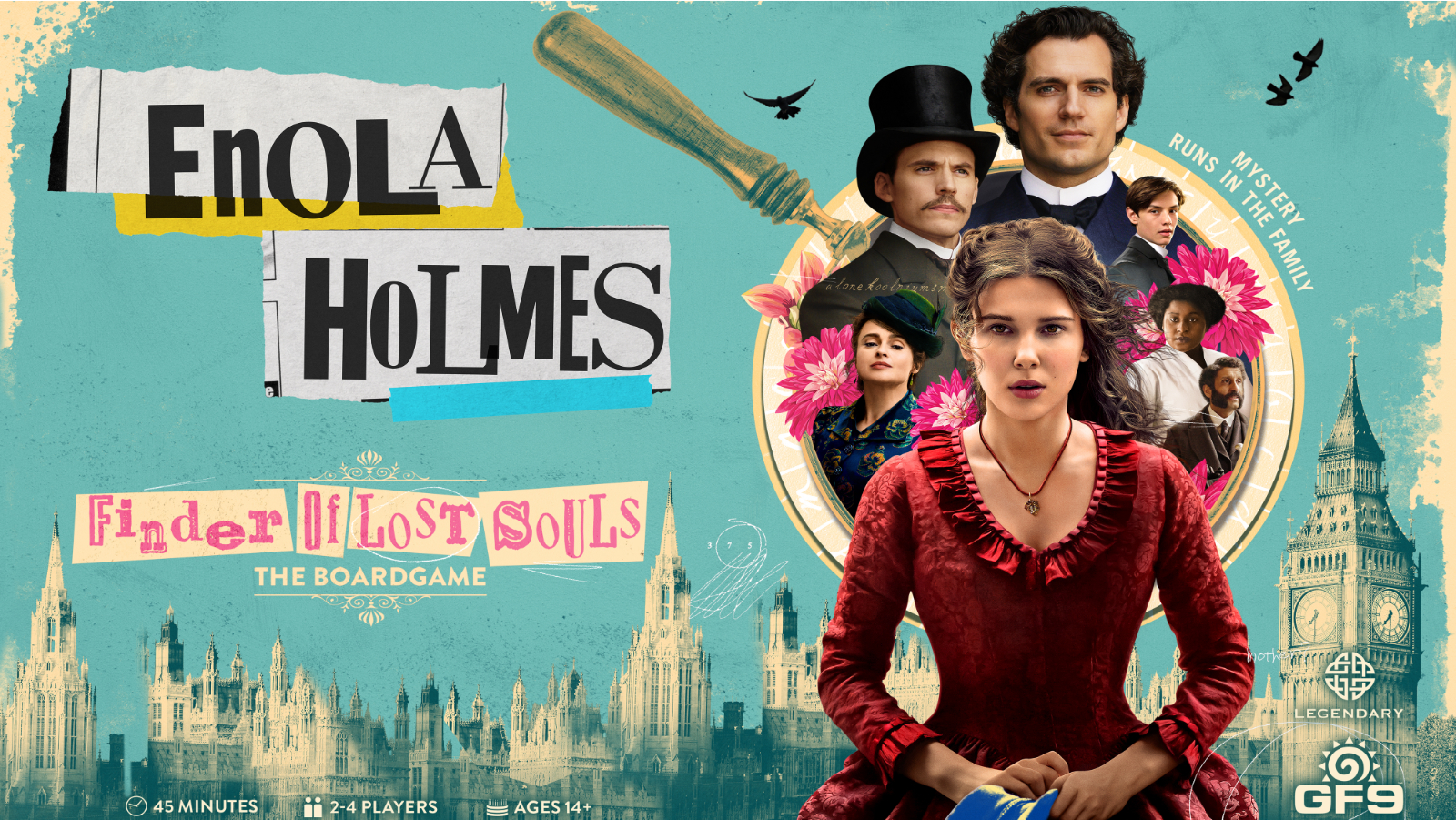 Enola Holmes: Finder of Lost Souls is an all-against-one cooperative family game, where detectives travel around London solving puzzles to pick up clues to use in their deductions to solve the crime before the criminal get’s away scott free. In the carrying out of their heinous crimes, the criminal has left clues, a cypher in the language of flowers (a code used in Victorian times for communicating secrets) scattered across London. 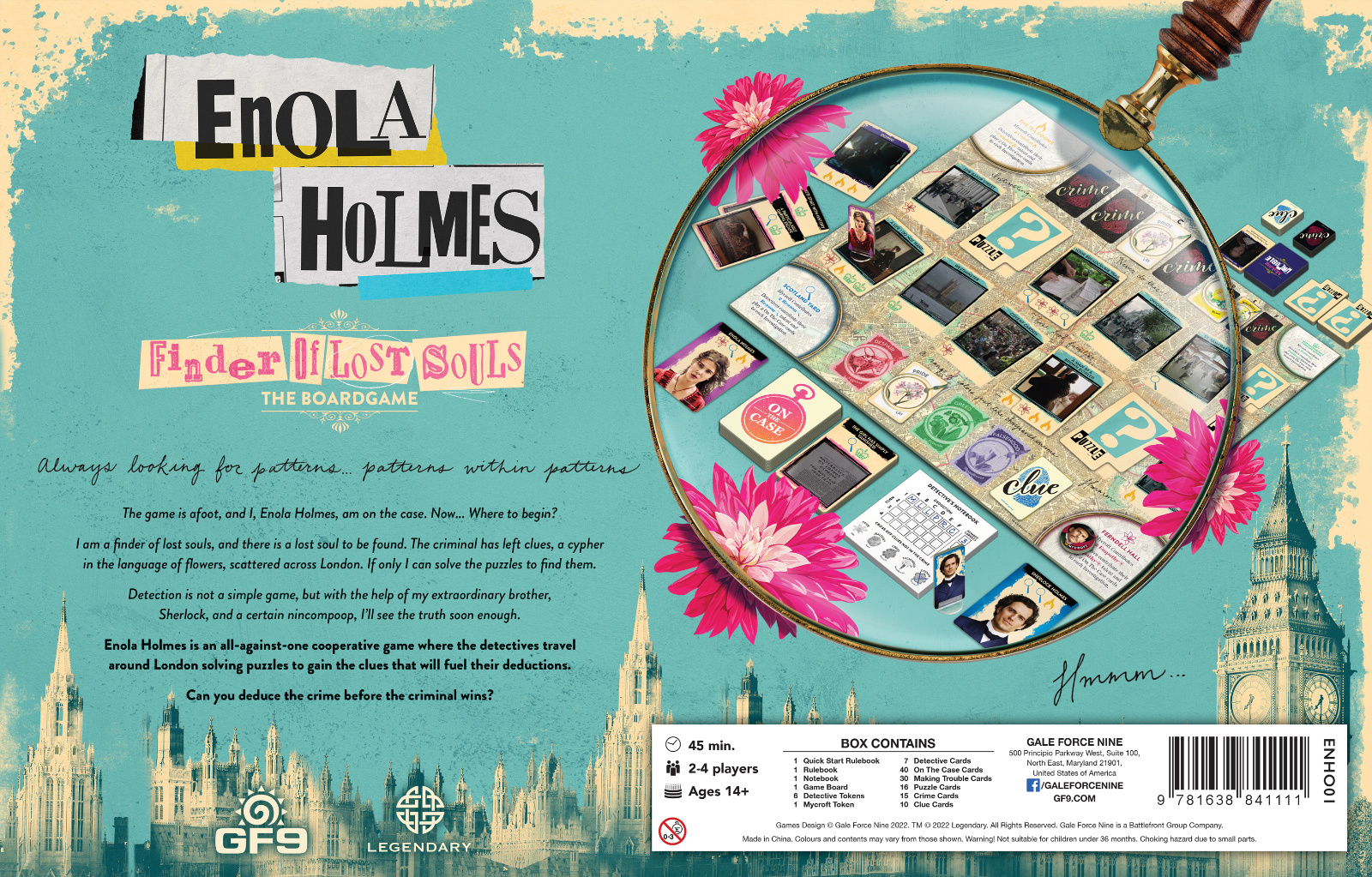 The players solve the puzzles along the way to find the clues, and solve the crime. The game has complexities for the regular gamer to enjoy, but the format means it’s perfect also for families who can work together to help younger players. Enola Holmes: Finder of Lost Souls hits stores in November making it perfectly timed for holiday & gift purchasing in time for Thanksgiving. 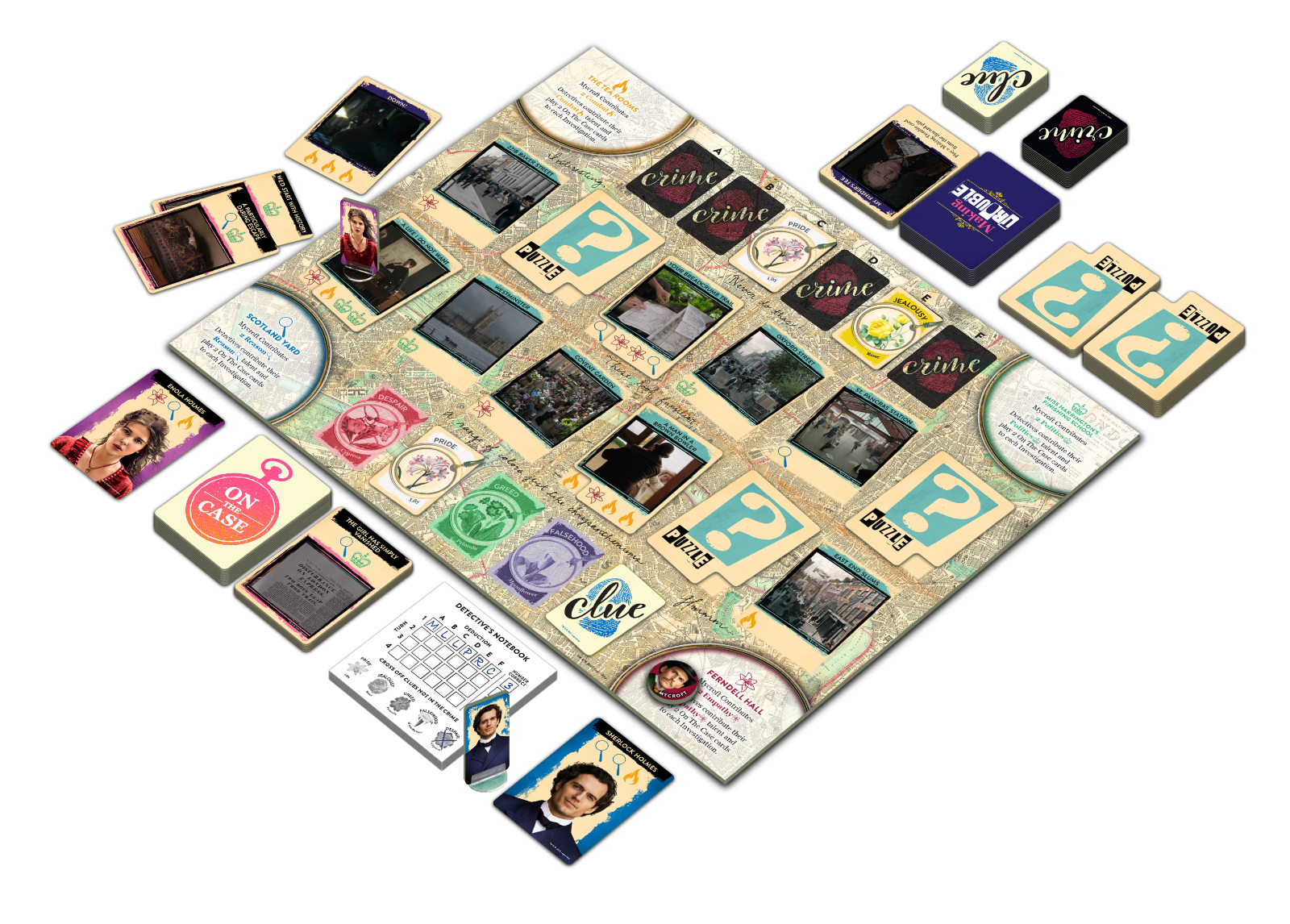