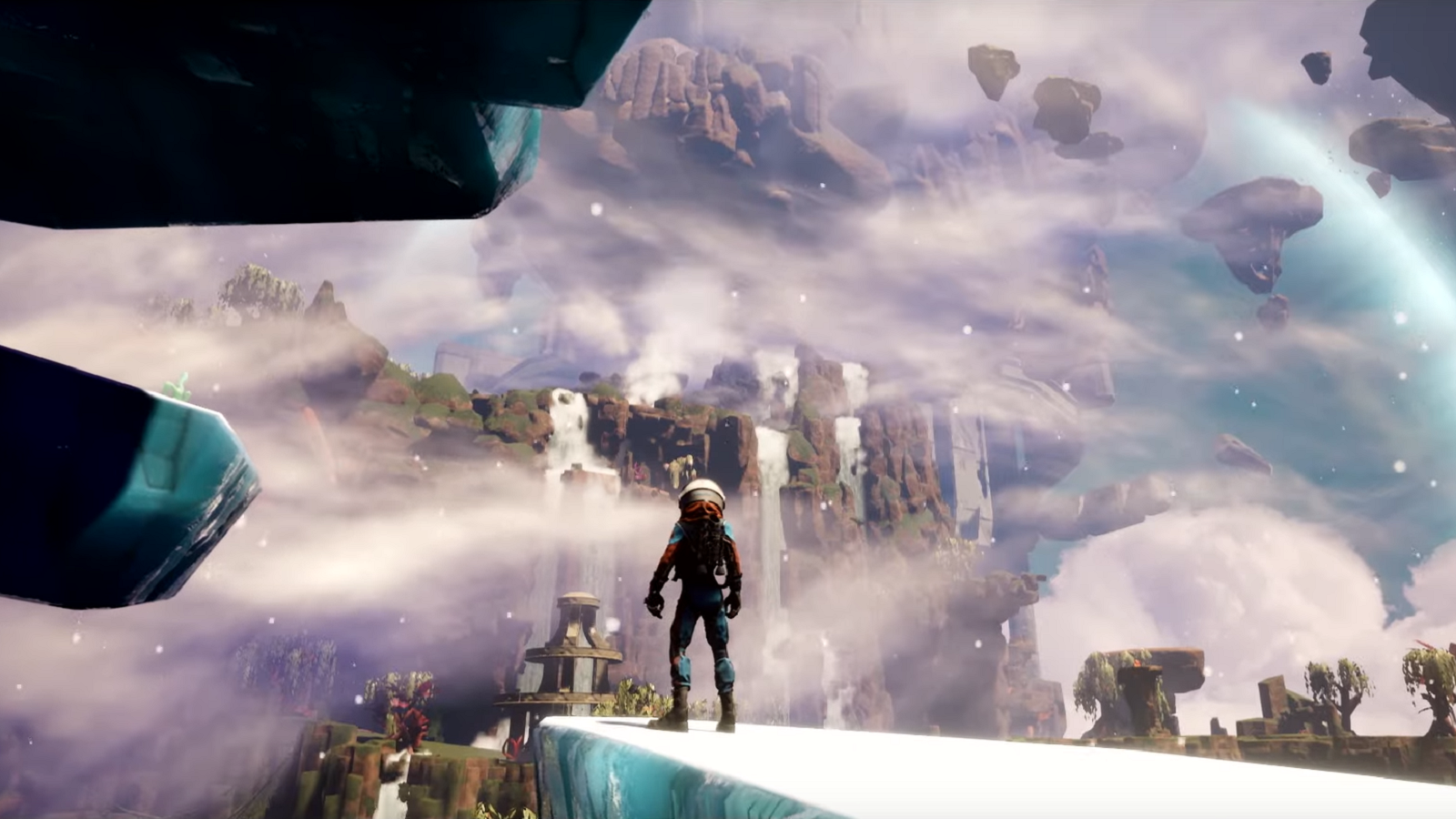 Often times, exploration games have a dark premise, usually with a post-apocalyptic feel beneath a beautiful world. However, Journey to the Savage Planet is more than your typical exploration game, it’s a whimsical journey through the uncharted.

While there were objectives I could complete during my playthrough, such as finding alien structures on this planet that was seemingly devoid of alien life, I could also scan lifeforms around the planet and just, simply put, explore. The world was colorful with distinct sections and unique creatures. One of these creatures was a puffy round bird that cooed at me in curiosity with wide eyes and complete non-hostility. 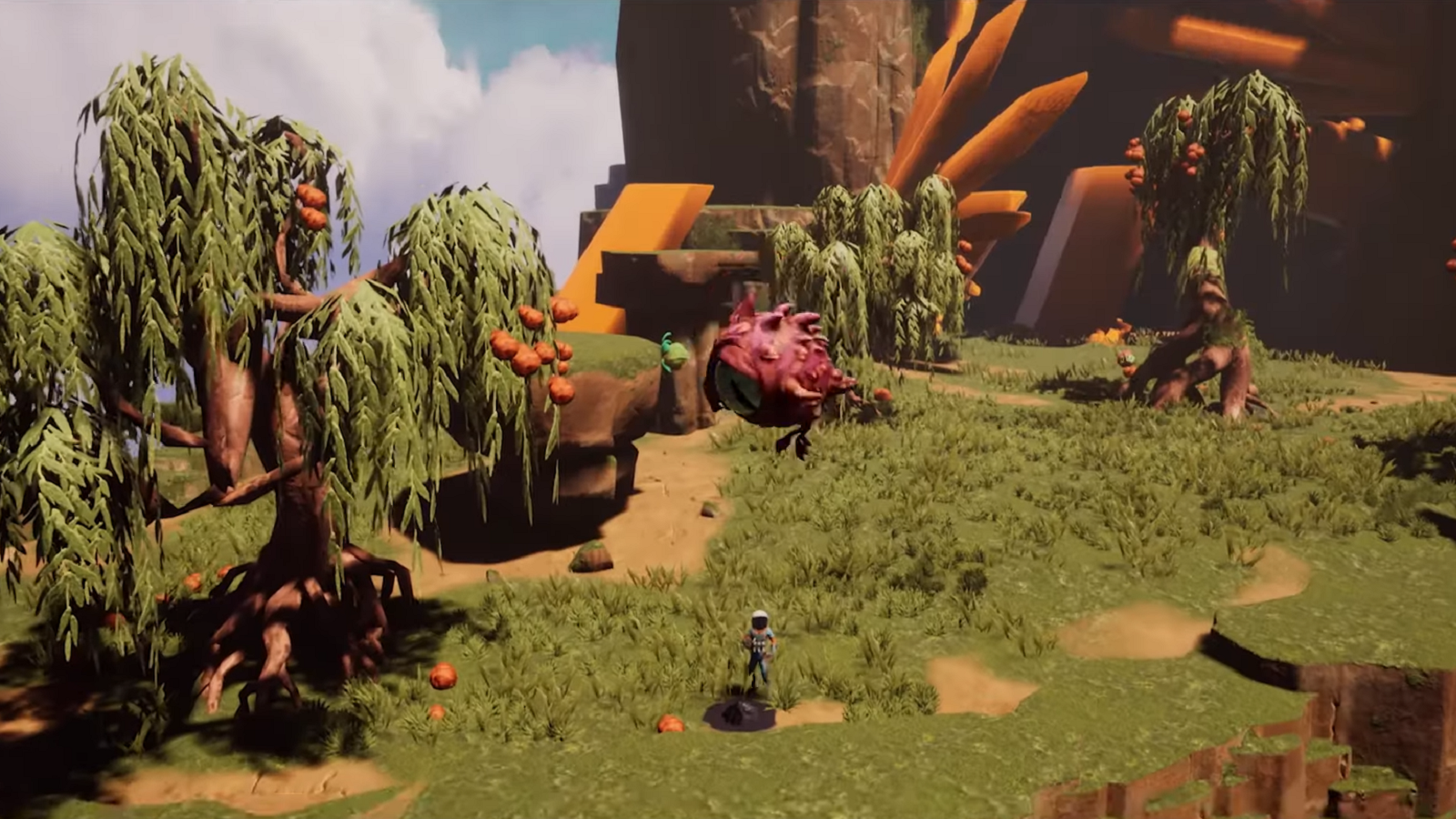 So I punted the little bastard into orbit. In fact, I could kick almost everything I saw, or slap it, or even shoot it. However, the bird did not like that I kicked it, as upon landing it charged at me until I put it down for good. Sorry little dude, but you’re just too kickable.

These birds weren’t the only thing inhabiting the land. There were also creatures with two heads that ran away screaming when I approached them. Hitting them split them into smaller, one-headed versions of themselves with higher pitched screaming. I couldn’t kick these guys as far, but they were fun to chase. 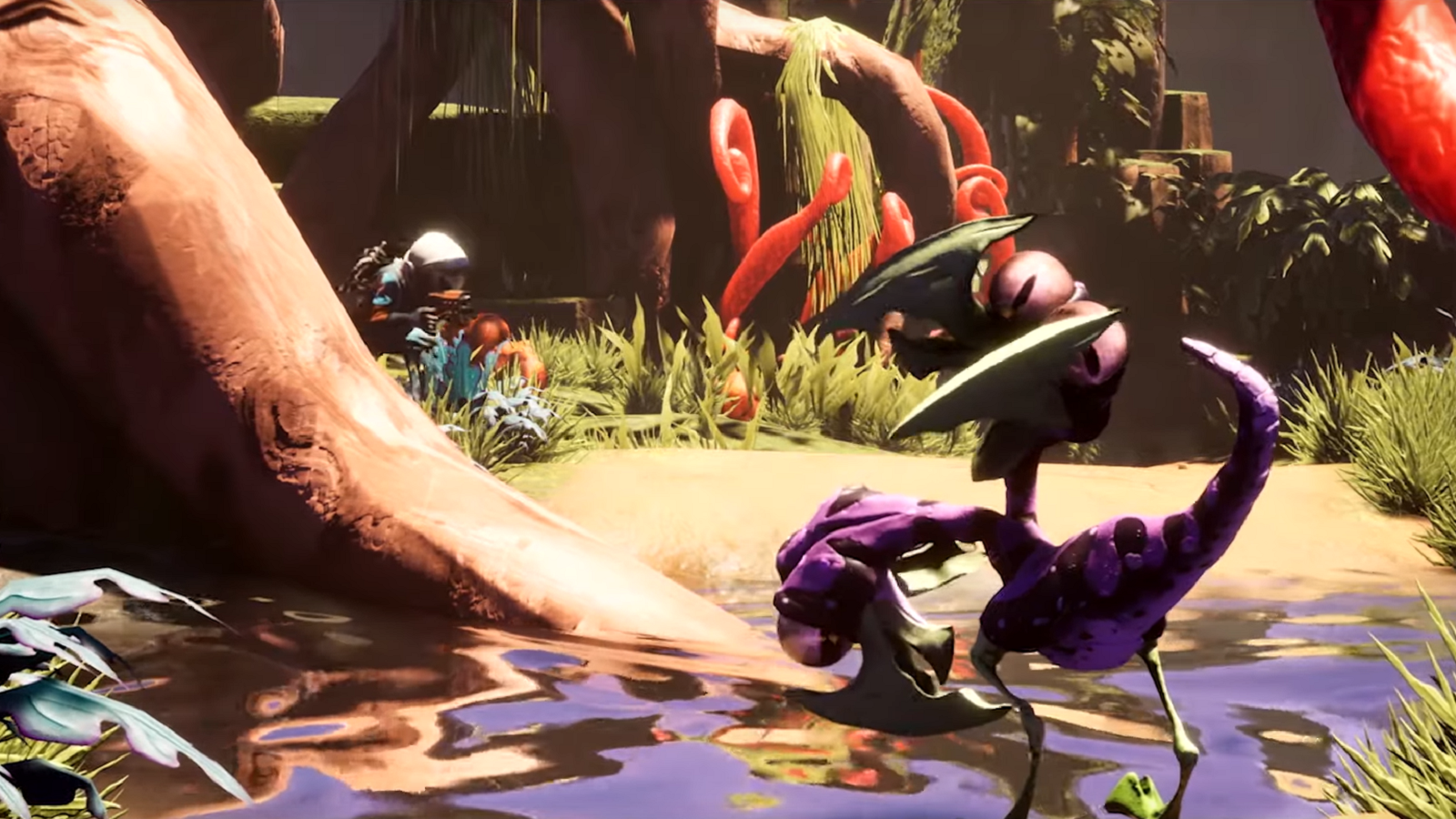 Journey to the Savage Planet is all about exploring, and you can’t have a good exploration game without good mobility. At the beginning, you’re given the ability to jump further with a jetpack. The jumps are momentum-based, so you have to be confident that you can leap over the gap or else you’ll have to start at your ship again, losing the materials you have yet to deposit. Later on, you can get your hands on the grappling hook for even more agile fun.

Journey to the Savage Planet is actually more of a parody game rather than an ambitious explore-the-universe type of game. The narration is amusing, the sounds your character makes are comical, and there is a sense of whimsy during the entire thing. I never felt pressured to complete any goals, and while there were bits of dark humor and moments of hostility from the creatures, I never felt like my character was in serious danger. 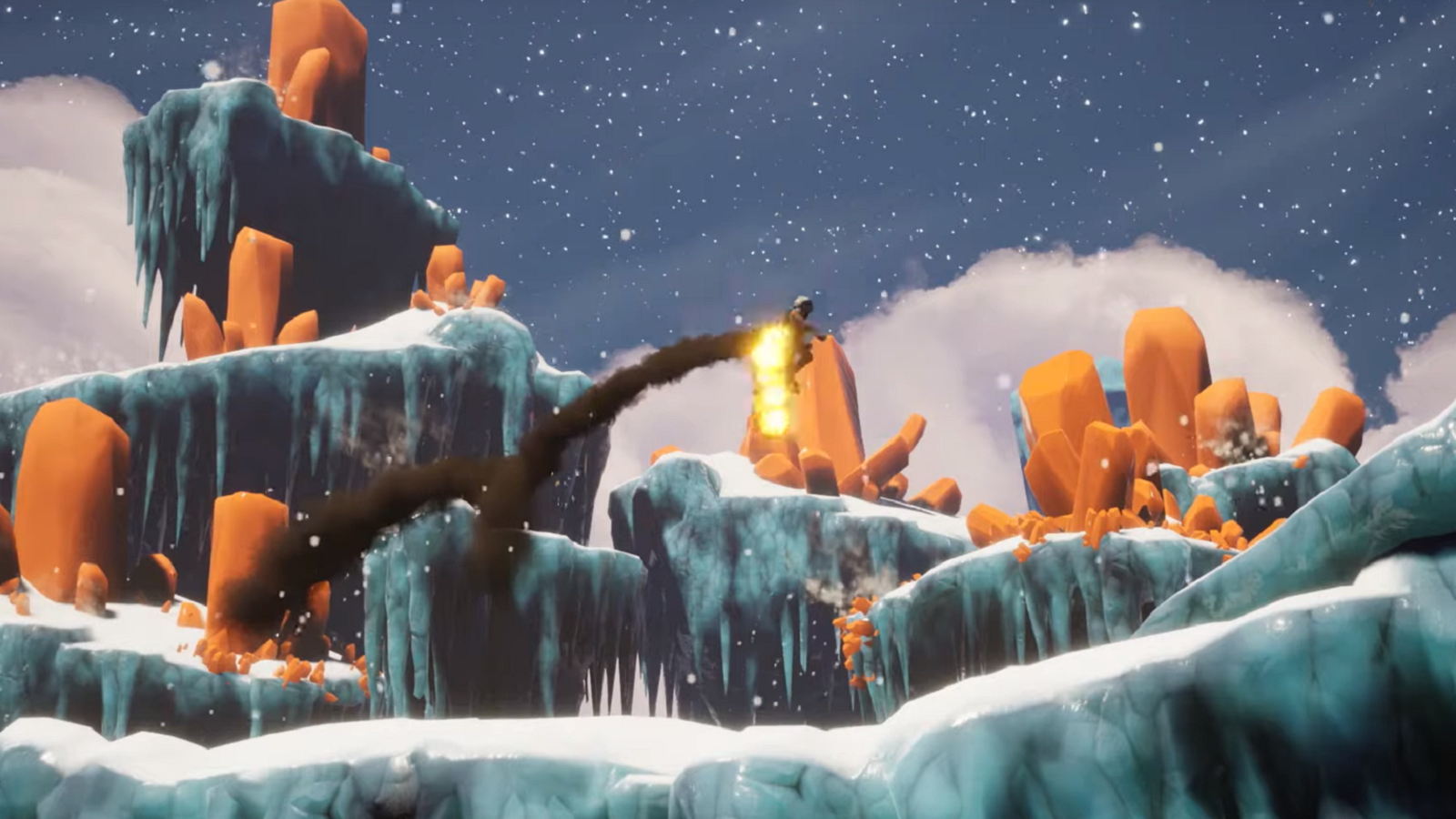 Fun fact: Originally, the developers wanted to avoid putting a gun in the game. I’m assuming they thought that fists and feet were enough for the game, and sometimes it feels like you don’t have to use your gun, but there isn’t any other way to take out flying octopus-like aliens that shoot ink at you.

Journey to the Strange Planet will be released in 2020. Check back with Gaming Trend for more hands-on coverage out of E3 2019.