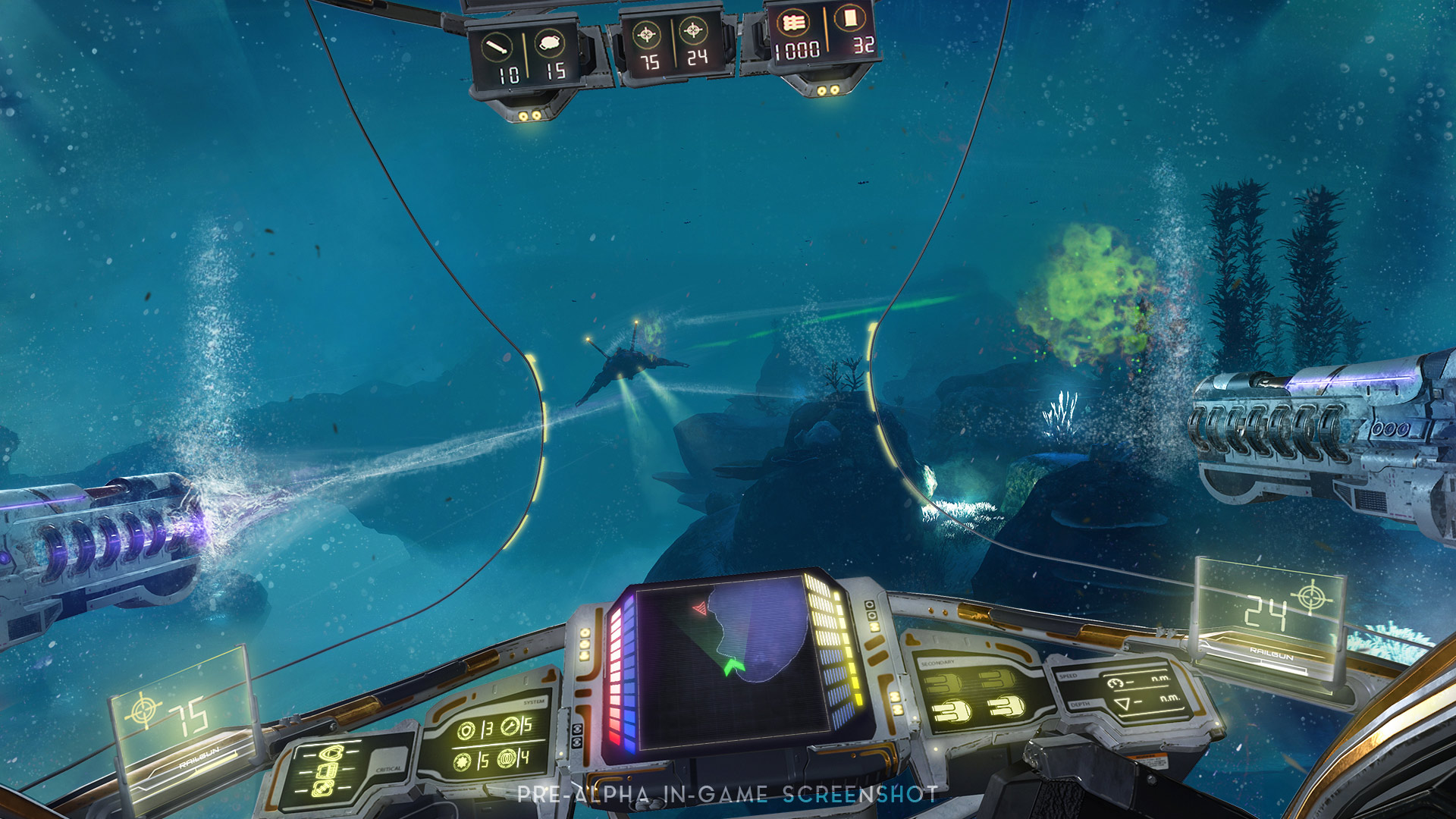 I’m just a young whipper-snapper, so I don’t remember when the first game in the AquaNox series launched back in 1996. The gameplay was unique — a first-person, submarine-based shooter — but after two sequels, the series went off-radar for years until gamers successfully funded a follow-up on Kickstarter.

I saw the game at E3 this year, but I’m not sure if this is a series that needs to resurface again.

Digital Arrow and Nordic Games are developing the new title, Aquanox: Deep Descent, and the gameplay seems to honor that of its predecessors. Players navigate the depths of the ocean in a post-apocalyptic version of Earth by means of armored and weaponized submarines in both a 4-player drop-in co-op campaign or in online PvP modes. During our behind-closed-doors interview, a developer walked us through an early portion of the single player.

Players return to their underwater base in the game to upgrade and customize their submarines.

Aquanox runs on Unreal Engine 4, and it’s a pretty game, but by the end of the demo, I was underwhelmed by the ever-present blues and blacks of the sea floor. We only saw one slice of the game, sure, but if the intention was to arrest me with its beautiful sights, the slice we saw didn’t work for me.

My bigger complaint regards the combat. There’s a tremendously deep upgrade system for your submarine, but according to the developer who guided our demo, winning in dogfights comes down to skills, not stats. A handy dodge mechanic propulses you away from incoming projectiles if you time it right, and to prevent damage, you can smartly use rock formations in the environment, but aside from those elements, combat wasn’t particularly taxing. The single-player campaign is apparently 10 hours long, but I didn’t get the impression that the combat would be fulfilling for half that time.

We didn’t get to see the PvP modes in our demo, so there’s a chance the campaign is more of an appetizer for the game rather than the main course, but we’ll find out if this is fast food or fine dining when the game launches sometime this year.