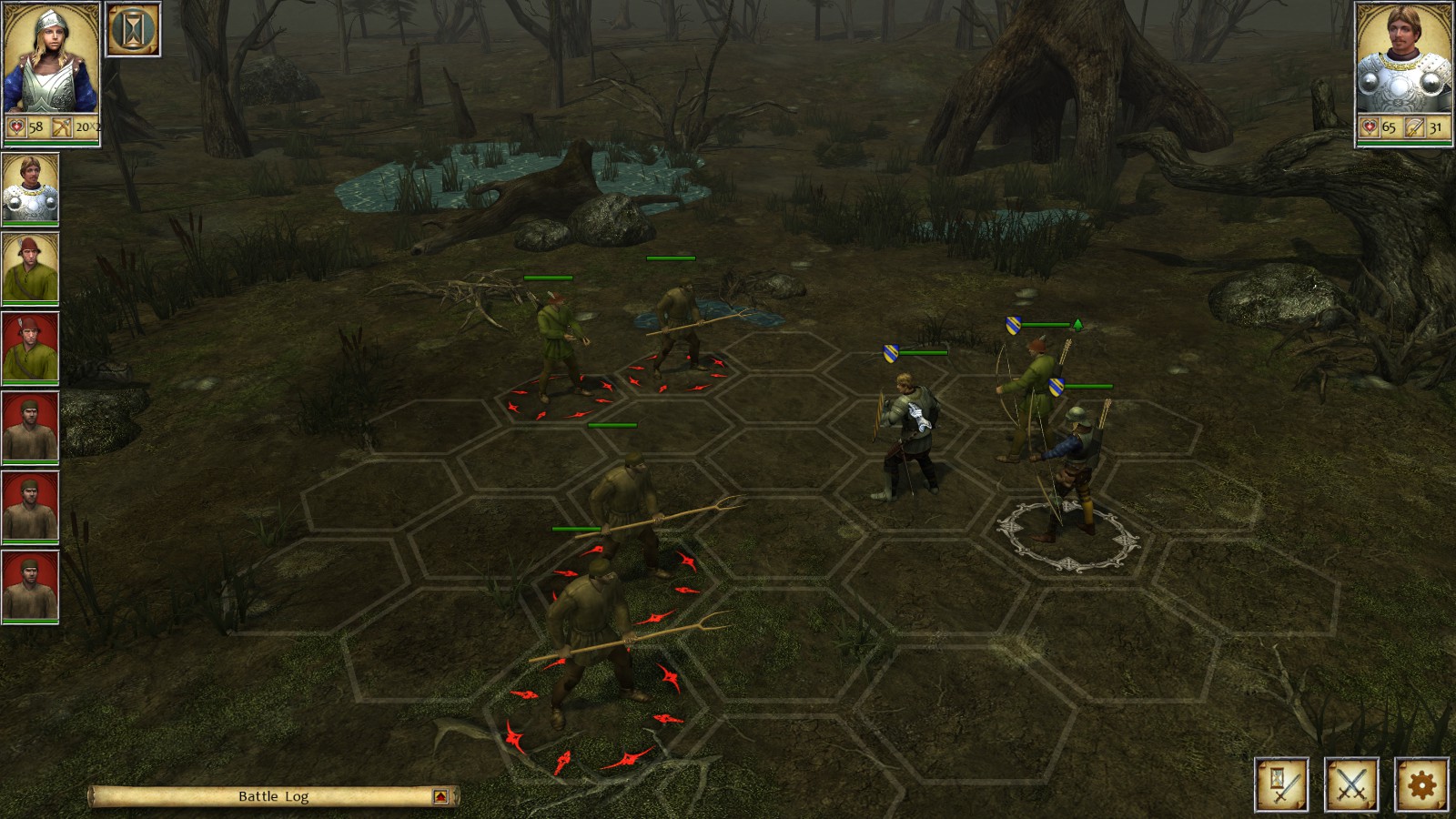 About two weeks ago I paid a trip to Boston to attend PAX East 2015. While there I played many games, and while I’ve selected a Top 5 I haven’t talked much about the other games I saw there. Getting a lot of work out of the way, I spent some time catching up on the preview I received there and spent a few hours playing a certain strategy game I saw on the floor.

That game was Legends of Eisenwald a low-fantasy turn-based strategy RPG. I spent a few hours with the game recently, and I think it’s average despite critical weaknesses that hold it back.

Combat is probably the lowest point for Eisenwald. This is mostly due to poor execution. You aren’t allowed to move your own units, meaning you can’t reposition ranged units as necessary. The only way to move a unit is to make it retreat to a tile the game itself selects or, as a melee unit, have it move in order to attack a nearby enemy. The inability to position your ranged units except by deciding their position in the formation before battle limits their usefulness in a way that makes combat unfair instead of genuinely difficult.

Being unable to reposition your ranged units means that if your frontline falls early, you are doomed.

Of course, melee units suffer less from this particular issue, but they are not entirely free of it. Being unable to reposition one of your swordsman in order to prevent opponents from advancing past them and towards the backline makes Eisenwald a game rushing to kill the enemy rather than a game of tactics. Even further restricting you, stats decide the order in which all units in a combat encounter move so you can’t even make your decisions in a way to counter the enemy’s strategy.

Limiting your strategic options like this makes the combat less compelling than it has the potential to be, especially considering that special effects and animations are fairly limited. This leaves combat both visually unsatisfying and mechanically restrictive,. Winning a fight is far more about the planning you do beforehand than the fighting itself.

The customization also appeared pretty underwhelming. When you start the game you are allowed to pick from a few different classes to start your main character as. Only the gender of those characters is decided for you and you can’t alter their appearance or starting equipment. You can also choose a coat of arms, but the options are extremely limited (you can’t even choose the colors). The only thing you really do have full control over as far as appearance is concerned is your name.

You must prepare to fight in the overworld map.

What Eisenwald really does well is almost entirely outside of the game’s combat. The overworld map you explore looking for quests and such is much more enjoyable to play around in. This map puts you in sandbox of sorts where you can try and capture buildings that increase your in-game gold income and of course prepare for the coming battles. The narrative is also non-linear and decision-driven.

This makes progression very satisfying, as you are building up your forces in order to acquire more powerful and versatile forces to fight with. Preparation for combat is also quite engaging, as you have to work to equip your units with the proper equipment, decide on upgrade paths as they gain more experience, setup combat formation, and manage your funds in order to make sure you have a reasonable chance of success. In addition, if you want to use your cavalry you will need to fight on the right terrain, as in certain locations all soldiers in possession of a horse will be forced to dismount in order to fight.

Combat is the core of a strategy game, and it’s dragging a majority of Legends of Eisenwald down with it as long as these restrictions are present. So when it comes down to it, even given it’s deficient fighting, I’m still looking forward to playing more Eisenwald. While that combat isn’t impressing me yet, most of what surrounds it is, and I want to see more in order to really dig into these things.