I fell in love immediately. I knew I was going to like Deal With the Devil as soon as I saw it, and It only got better from there. Just look at that cover! Its got two small goofy lions, a derpy fish person, a flustered pope, a silly fat man, an imp thing, and a queer man with a 10/10 hat, 10/10 beard, and 11/10 eyebrows. Enchanting, I know, but wait until you see the rest. 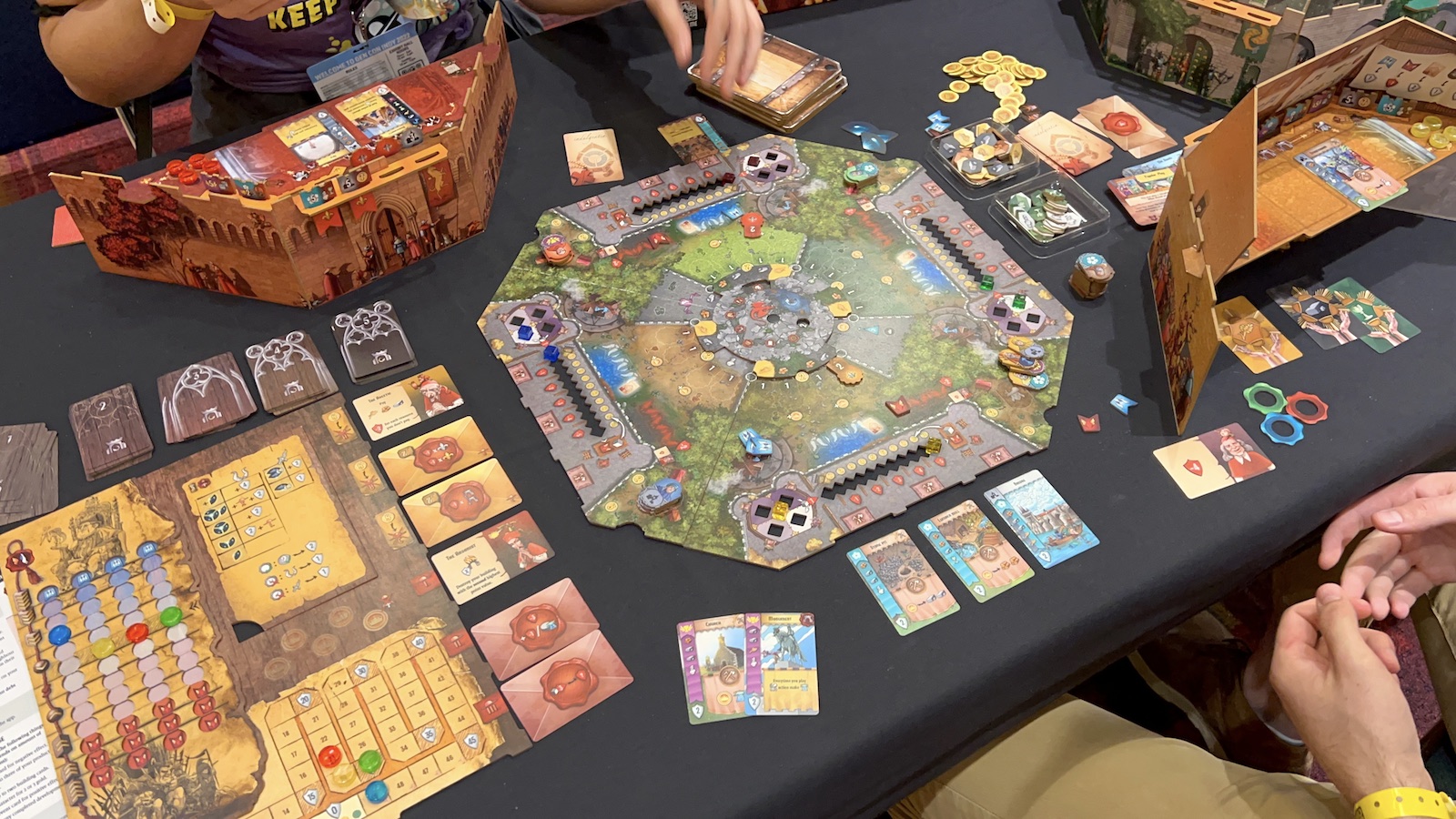 Deal With the Devil, from Czech Games Edition, is a euro game set in a fantasy medieval world. Exactly four players secretly take on one of the four hidden roles: a devil, a cultist, and two mortals. The devil starts with lots of resources but no soul while the mortals start with scarce resources and a whole soul. The cultist lies in between and starts with a bit of resources and two thirds of a soul. Resources are used to build grand buildings and earn points while souls are excellent for avoiding punishment. 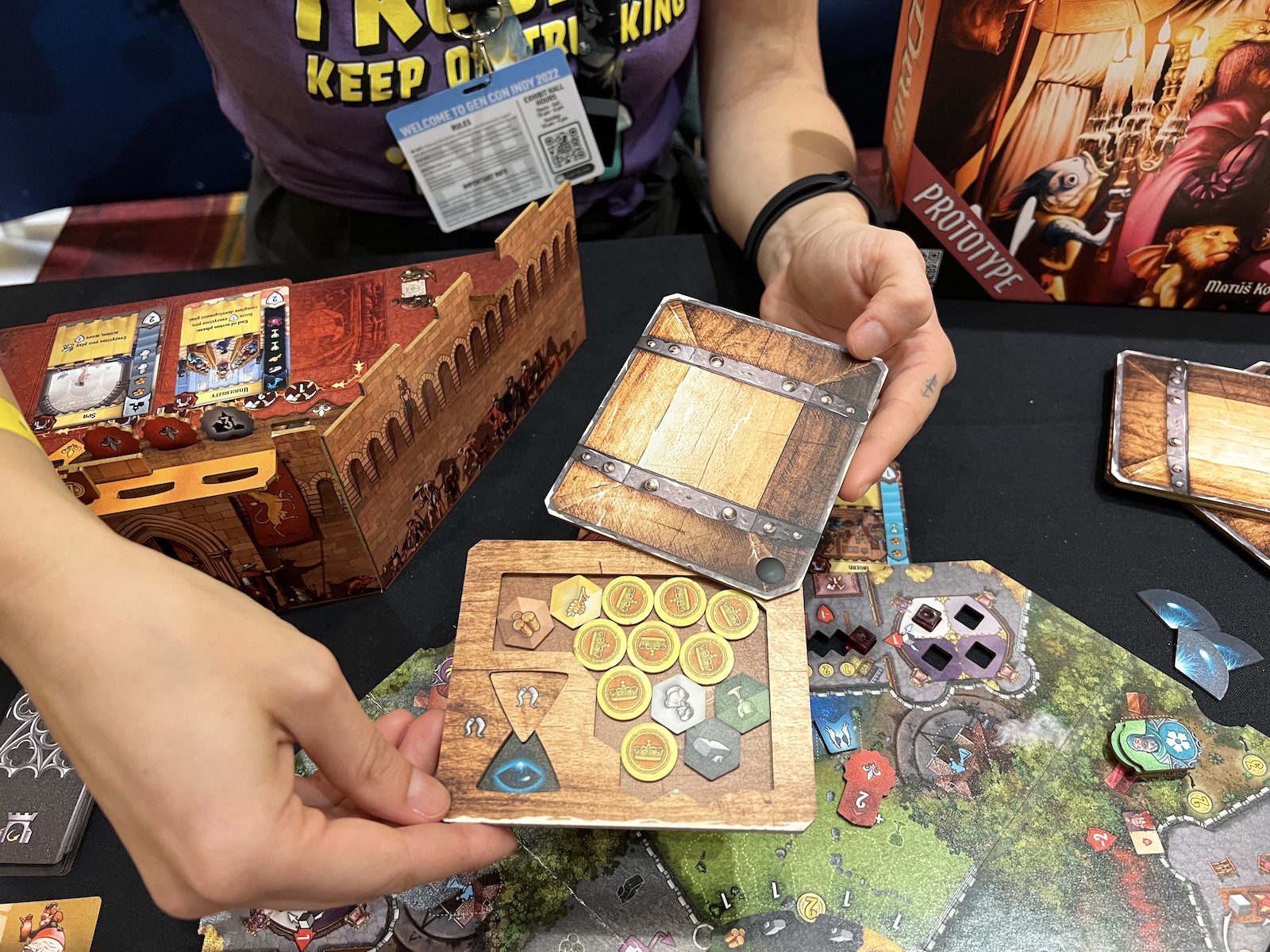 Punished by who? Why the Spanish Inquisition of course! At various points throughout the game the Spanish Inquisition will visit and demand to see who does and does not have a soul. Those who can’t meet their demands are severely reprimanded. If players are too naughty they might even get their own personal inquisitor. Their art is just lovely too. When I saw them I thought, “Yeah they totally look like they would order someone to be flayed alive and feel righteous about it.” 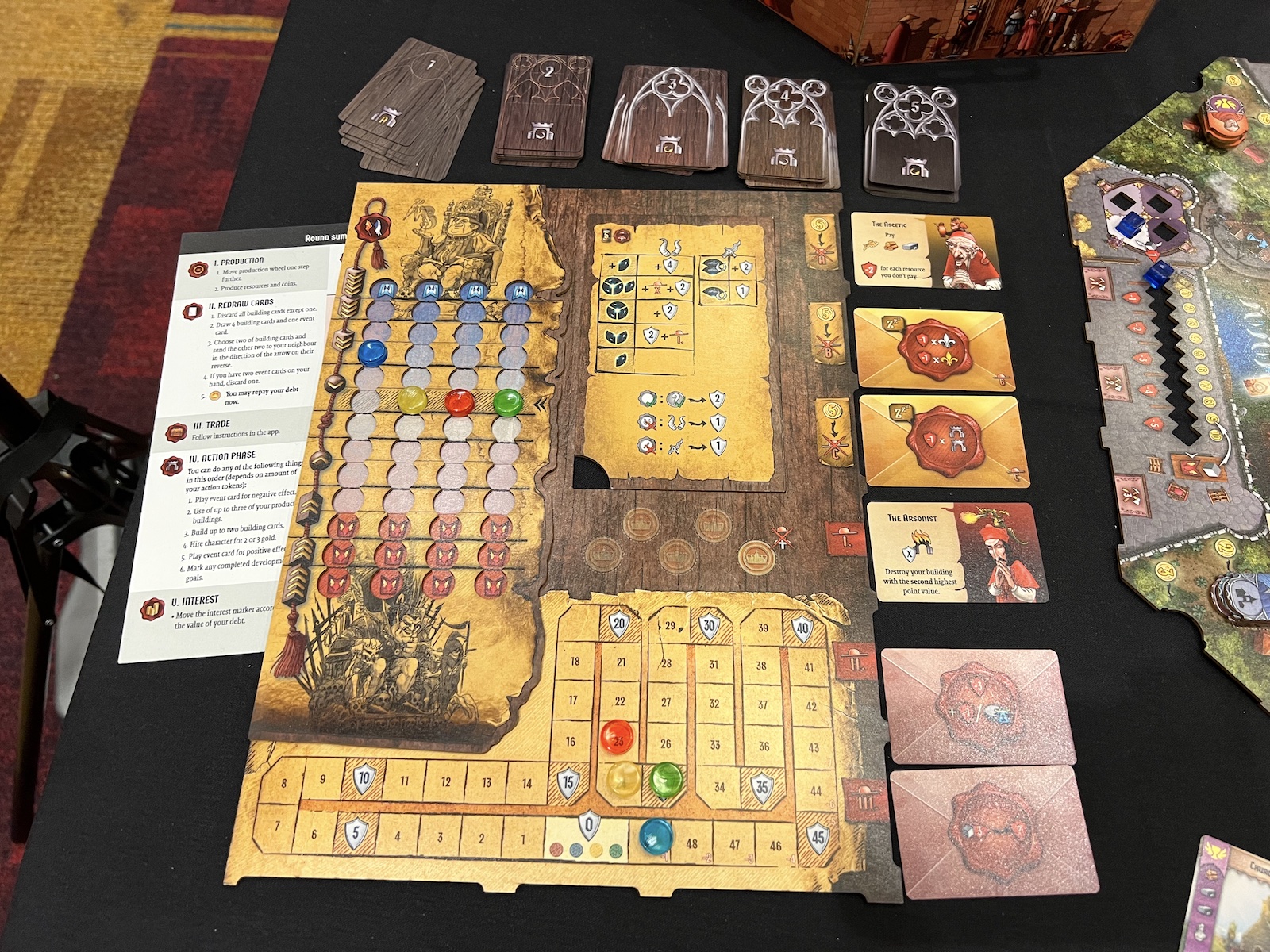 Several other aspects of the game stood out to me as well. One of my favorites being the double decker player screens. The lower level of the player screen permanently hides each player’s role and resources, while the smaller second level can be hidden and revealed with ease as a part of planning and action selection. Another interesting detail was the trading. Players create their offers then close them up and shuffle them together. This way players can see which role they are trading with but not whom that role belongs to. Supposedly during playtesting there was a situation where the devil sold his soul to the cultist. Splendid. Don’t forget this is an engine building euro game I’m talking about. 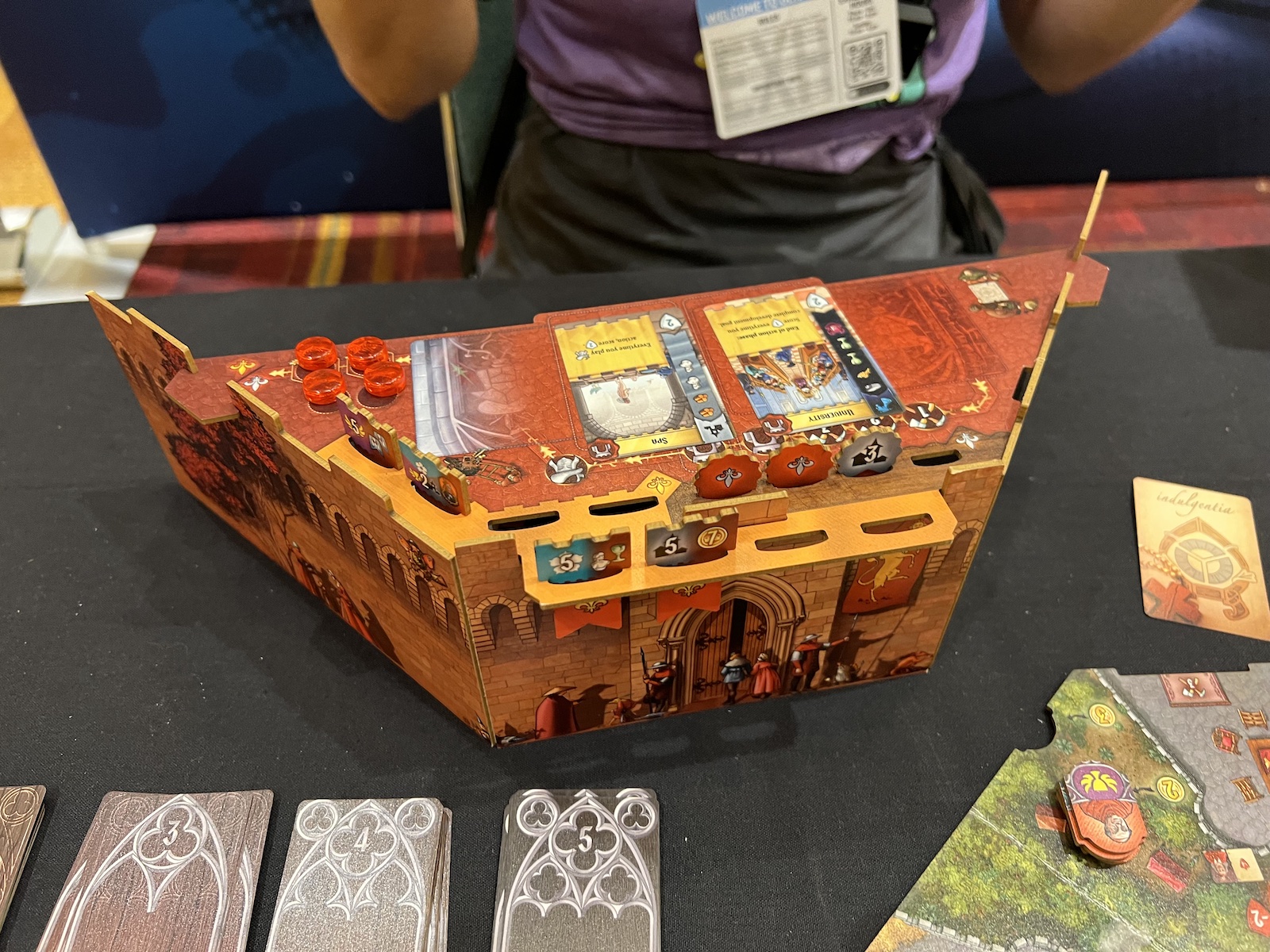 Deal With the Devil does come with a companion app, but before you get your knickers in a twist, It’s only used for assigning and maintaining the secret roles. Don’t let such a small oddity shy you away from  exciting features of this game. Deal with the Devil is bizarre, novel, goofy, charming, mysterious, and it’s a chunky euro game. I feel as though this game was designed specifically for me and I’m ready to trade my soul for it, well, I would if I had one. But that’s ok, Deal With the Devil won’t be released until Essen Spiel so I still have some time to… do some collecting. 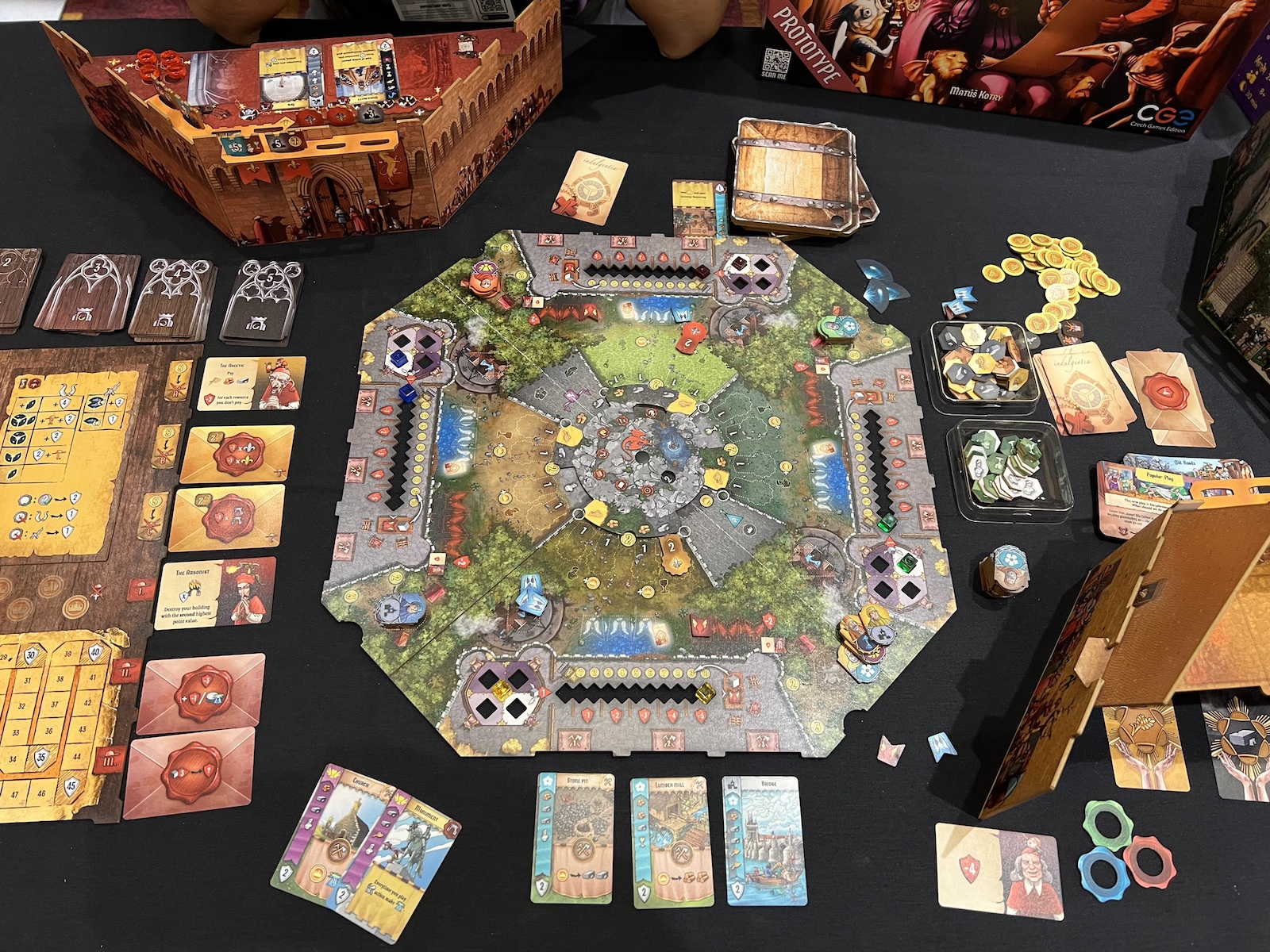