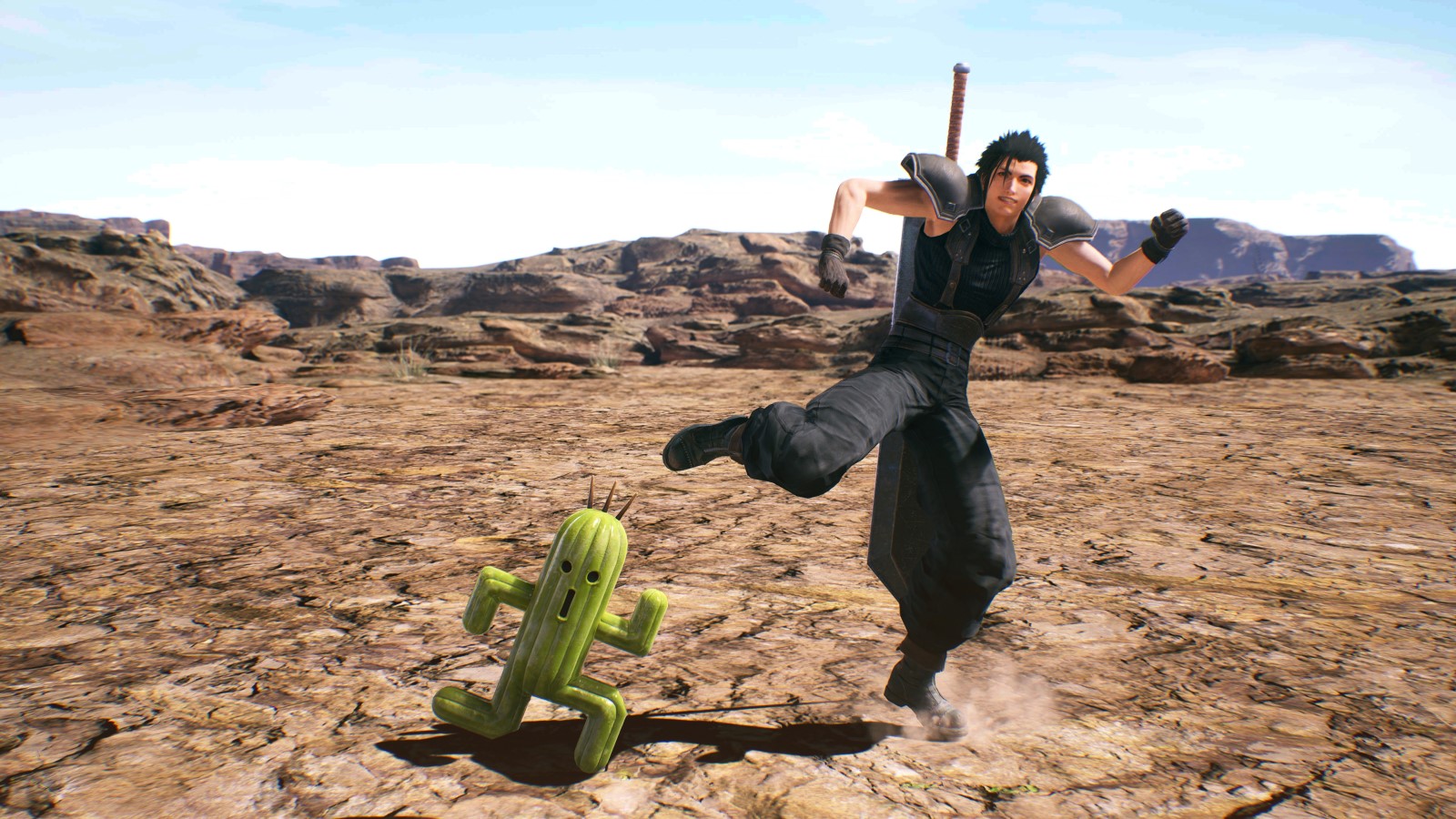 Crisis Core: Final Fantasy VII Reunion is the highly anticipated upcoming remaster of the 2007 PSP action RPG Crisis Core: Final Fantasy VII. The remaster aims to give players the best gameplay experience possible by providing newly remastered visuals, gameplay improvements, fully voiced audio in English and Japanese, and more. While I never played the original game, I can confidently say that the remaster had a lot of effort put into it, and has many features both fans and newcomers will enjoy, despite some being inconsistent in quality. 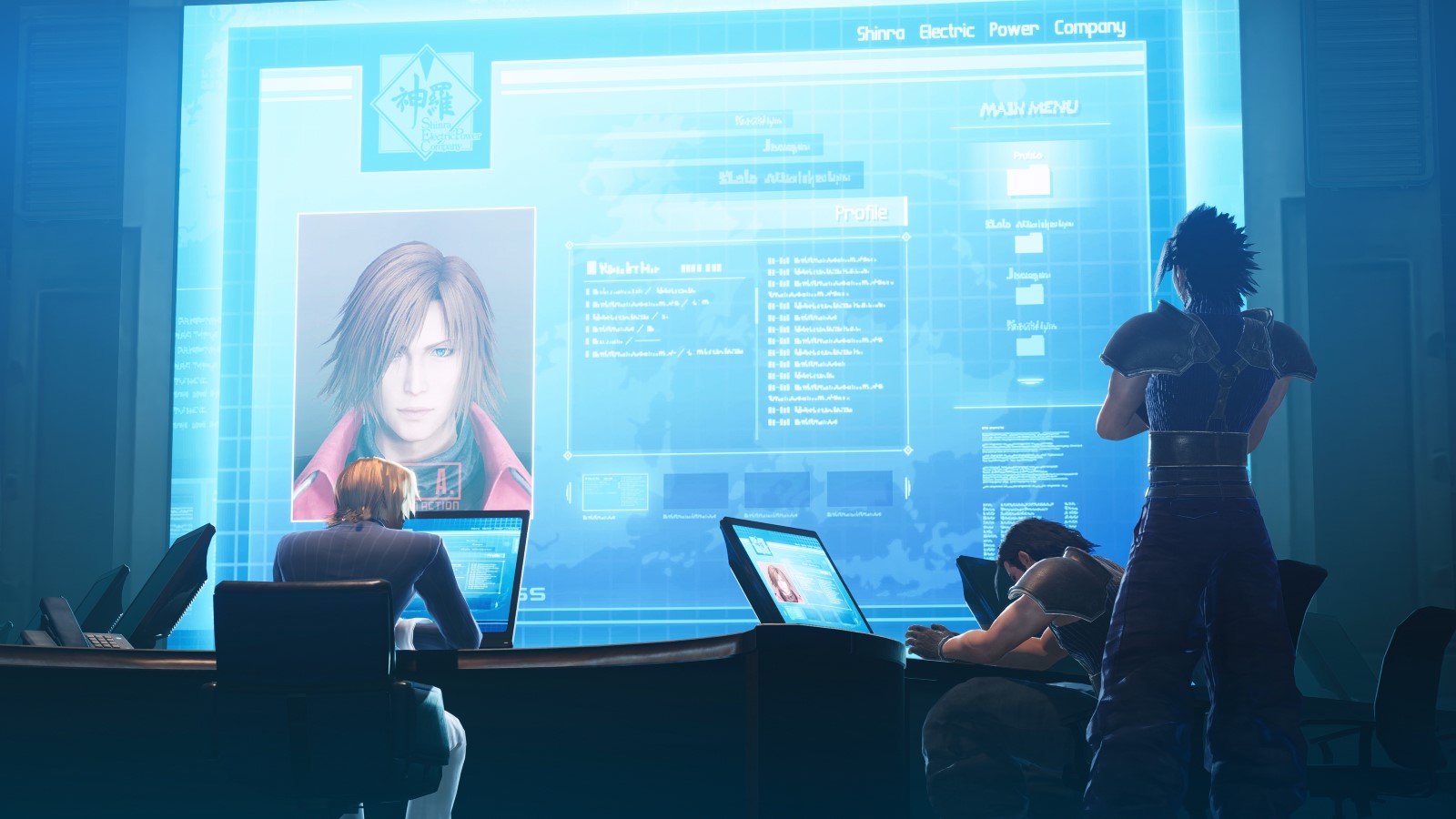 Crisis Core: Final Fantasy VII Reunion takes place seven years before the events of Final Fantasy VII and follows protagonist Zack Fair, a second-class Shinra SOLDIER operative tasked to seek out his lost fellow SOLDIERs Genesis, and his mentor, the senior 1st Class operative Angeal. After a series of events, it’s discovered that Genesis and Angeal have become deserters, so Zack is tasked to stop them before they enact a plan that threatens both the fate of Shinra and the world at large. Zack also meets several familiar faces, such as Sepiroth and Aerith, who help him on his journey.

Crisis Core does a great job of telling the stories of some of our favorite characters in Final Fantasy VII. It excellently contextualizes the events to happen in the succeeding game through the eyes of the protagonist Zack, who serves as a nice contrast to Cloud. He’s more cheerful, relatable, and likable as a person. While I’ve yet to complete the story, I can at least say that what I’ve played so far has been quite engaging. Each character is endearing in their own way, and the new Japanese and English voice cast did a fantastic job voicing the previously voiceless characters and bringing out their personalities. 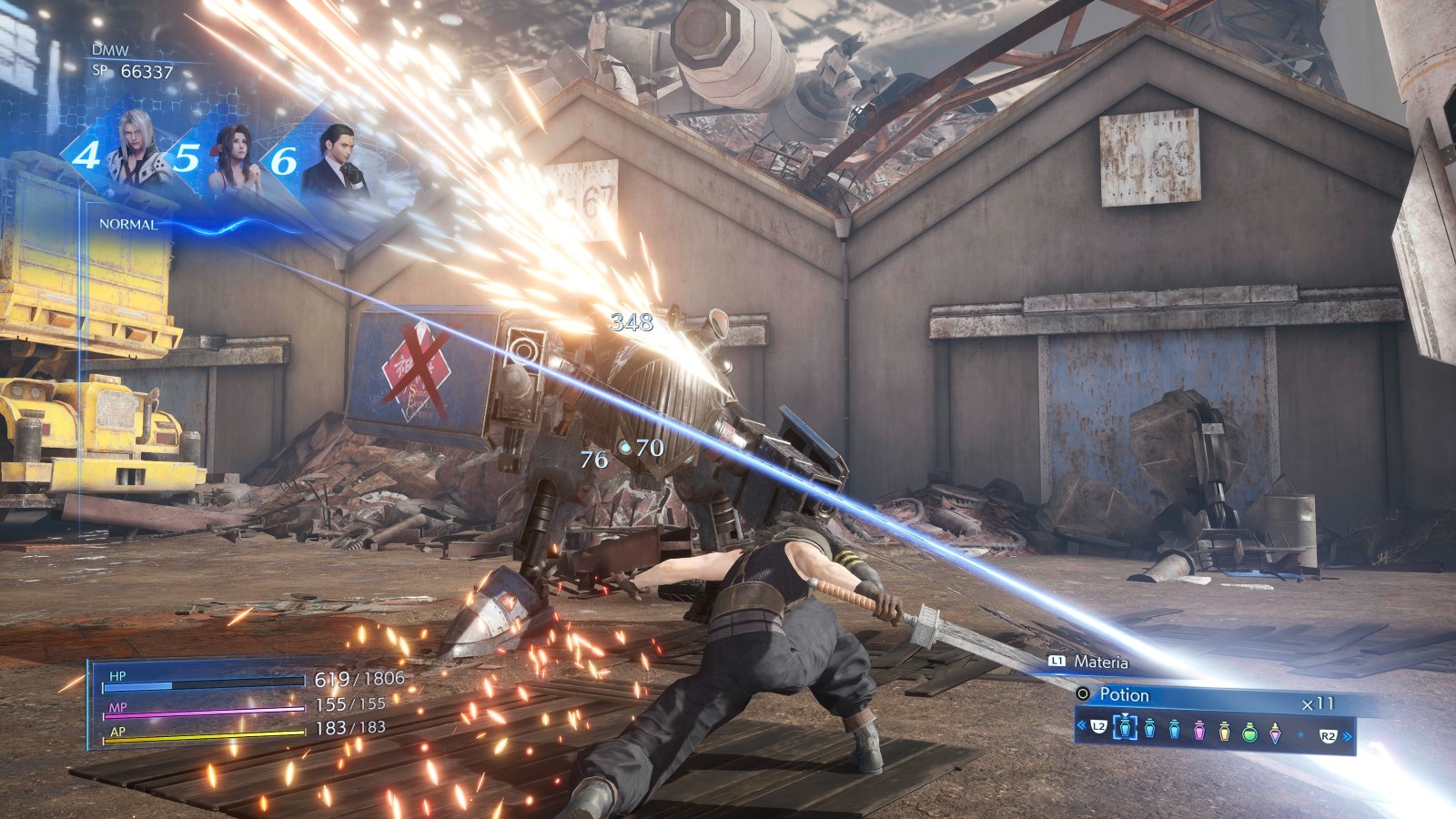 The gameplay in Crisis Core Reunion is nothing short of fantastic. Upon starting, players will be bombarded with all manner of tutorials for the game’s several gameplay elements, most of which are featured in other Final Fantasy games and Final Fantasy VII. These include the different types of elements, equipable Materia, special attacks, magic spells, consumables, as well as the HP, MP, and AP bars. However, a unique feature of the game is its central slot-machine-like mechanic known as The “Digital Mind Wave.” This mechanic works according to the player’s actions in combat. It features two sets of three spinning wheels, one holding the numbers one through seven, and another showing an image of characters Zack has met and befriended throughout the game.

The wheel will only work once the player has acquired at least ten SOLDIER points during combat. If they’re lucky enough for the wheel to hit two of the same number without an image appearing, they’ll get neat combat bonuses for a brief period, such as unlimited spell usage, unlimited skill usage, and sometimes invincibility. Should the numbers line up as “777”, Zack will gain an experience level that increases his overall stats. Additionally, if the second wheel lands on three of the same character image, Zack will acquire a Limit Break ability based on the character, which can either be a skill that heals Zack or an attack that deals significant damage to the enemy. Once players progress far enough in the game, they’ll unlock the use of summons, which also have pictures randomly appearing on the character image wheel.

The DMW mechanic is unlike any mechanic I’ve personally encountered in a game before, and has very distinct advantages and disadvantages. The system minimizes things the player has to worry about, such as a leveling system and the need to keep track of a bar to perform limit breaks. It also makes combat fresh and entertaining by forcing players to use all their tools in a fun way. It feels like a treat every time you get a bonus. However, it also has a tendency to make things needlessly tedious, specifically via the aforementioned leveling system, which is all left to chance. As a result, unlucky players are forced to grind incessantly in order to increase their chances of raising their stats to face difficult foes. This process can be brutal, especially for a game that uses a semi-random encounter structure. 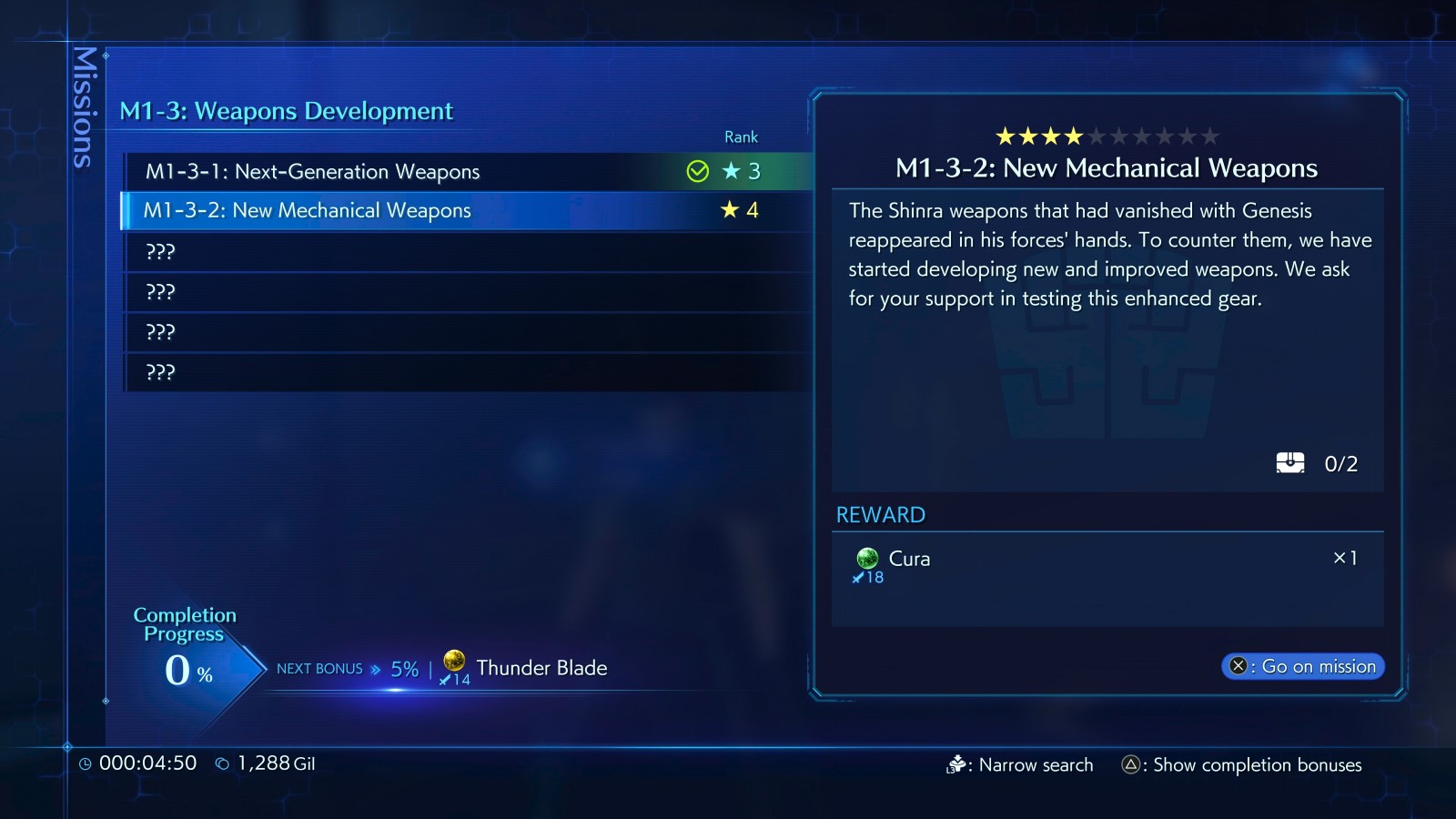 This isn’t to say that Crisis Core is a particularly tough game, as it implements an odd system where players can purchase restorative items in the “Shop” section of the in-game menu. What makes this strange is that players can purchase these items virtually any time outside combat, even after dying to a  boss but before restarting the fight. Players will also get their bars restored at each save point, which makes things even easier for the player. While this system may have been implemented to balance out the lack of an easy mode, I feel it might’ve been a bit too much. All that said, the real-time combat is still highly engaging, and defeating the several well-designed enemies and bosses always feels satisfying.

When not experiencing the story, players can tackle all side missions from save points and the hub area before moving on to the linear story missions. This differs from Final Fantasy VII proper, where players can take on all missions while freely exploring locations like Midgar. 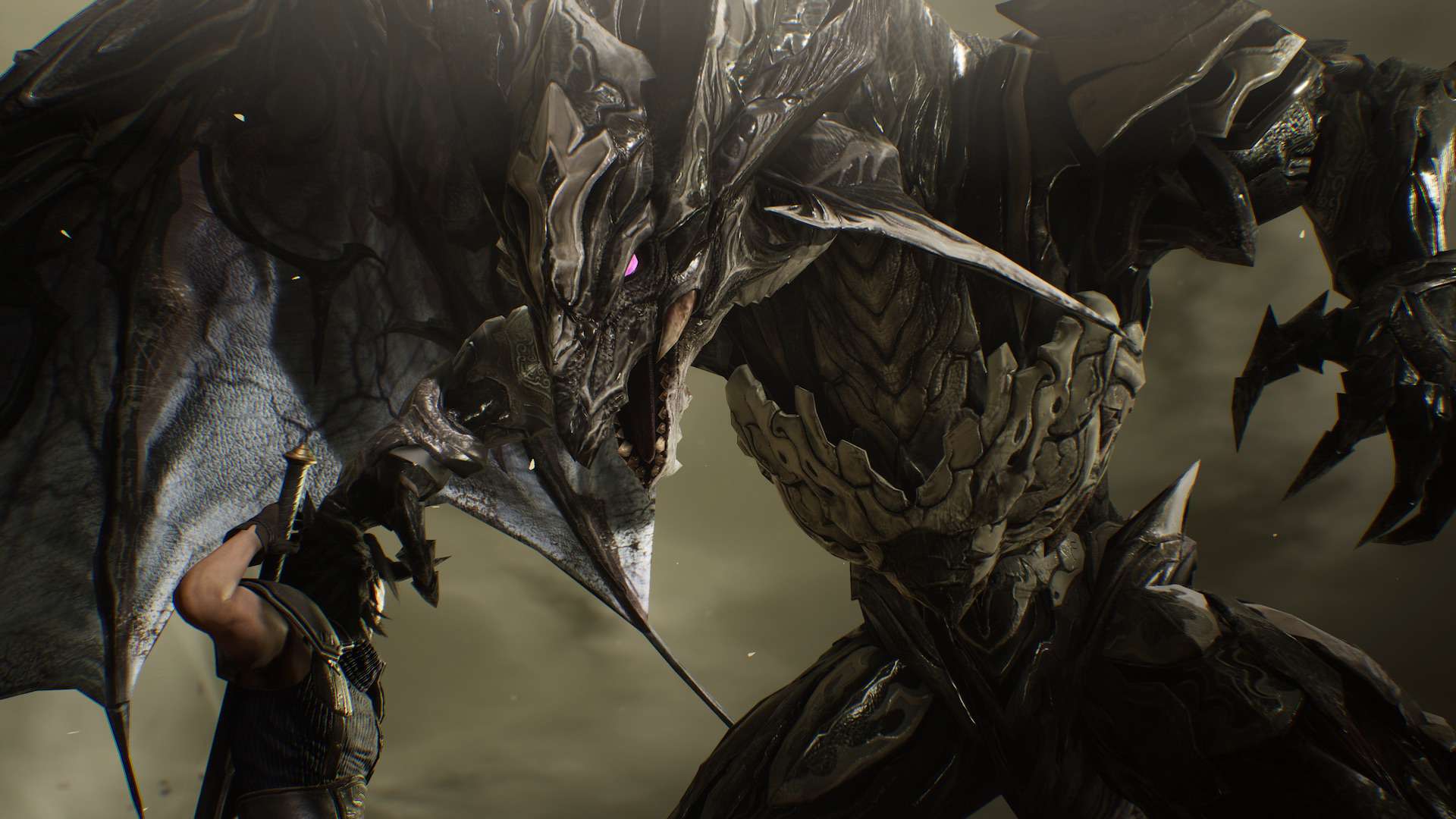 Performance-wise, I’ve had no issues with bugs, glitches, or framerate dips so far, and the game runs smoothly and consistently in 120FPS and below. Final Fantasy VII Reunion also sports amazing remastered visuals. The character designs are crisp and incredibly detailed, and the art direction is fantastic. The level designs are virtually night and day compared to their older counterparts. My only issue with the overall visuals is that the fully rendered cutscenes seem to be the least improved aspect of the game. They look like they’ve been ripped straight from the older version of the game. While I understand the game isn’t meant to be a complete remake, it is worth mentioning the jarring feeling when cutting from looking at the incredibly detailed models in gameplay to looking at awkward-looking models in cutscenes.

Overall, Crisis Core: Final Fantasy VII Reunion has provided a great experience so far despite some questionable gameplay features, and I can’t wait to see what the rest of the game has to offer.