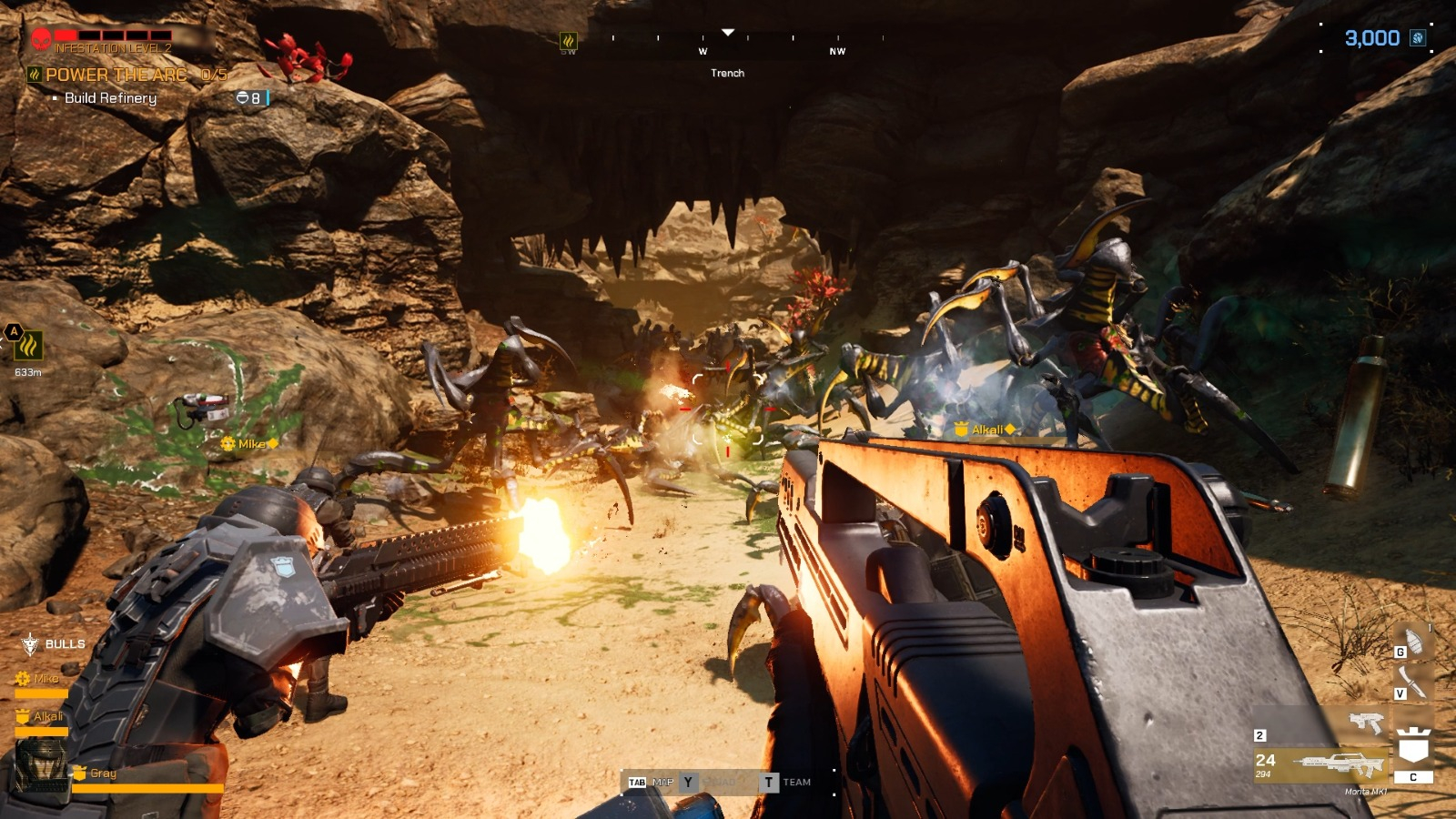 Today, Offworld Industries announced their latest title in development, Starship Troopers: Extermination. A 12-player co-op FPS sees you building defenses and banding together with squad mates to fight off the incoming swarm of bugs. Key features from the announcement include 3 different player classes, 5 unique bug types, and much more. A target release is sometime in 2023, so while you wait check out the teaser trailer below:

Starship Troopers: Extermination puts players on the far-off front lines in an all-out assault against the Arachnid menace. Squad up as a Trooper in the Deep Space Vanguard, an elite Special Forces group within the Mobile Infantry. And get ready to stomp some Bug because no Trooper will ever stand alone as they line up shoulder-to-shoulder with their fellow Vanguards—trusty Morita Assault Rifles in hand—to battle against hordes of bloodthirsty insectoid aliens on the hostile surface of the planet Valaka.

–Cooperative Gameplay – 12 players can team up in squads of four to defend their base, complete objectives, gather resources, and try to kill every Bug in sight.

–Three Playable Classes – Choose from Assault, Support, and Defense classes to best suit your playstyle and support the rest of your squad.

–Class Progression System – Unlock new weapons, equipment, and perks for each class to become an elite warfighter among the Deep Space Vanguard.

–Large-scale Battles – A massive map with five unique zones, and swarm-based combat with hundreds of enemy Bugs on screen delivers the sense of an overwhelming planetary war.

–Ground War – Retake bases and refineries, destroy hives, and complete a variety of side objectives to wrest control of the map away from the Bug menace.

–Ping system – Communication is key! The ‘Ping’ system gives players a quick and easy way to call out points of interest, objectives, incoming enemies, and more to teammates.

Work together to complete objectives, acquire resources, build and defend your base of operations, and then escape to the extraction point together. The battle will be intense but, as hardened warriors standing for all of humanity and the United Citizen Federation, leave no inch of ground safe for the Arachnids!

Suit up and ship out, Troopers! After all, the only good Bug is a dead Bug!