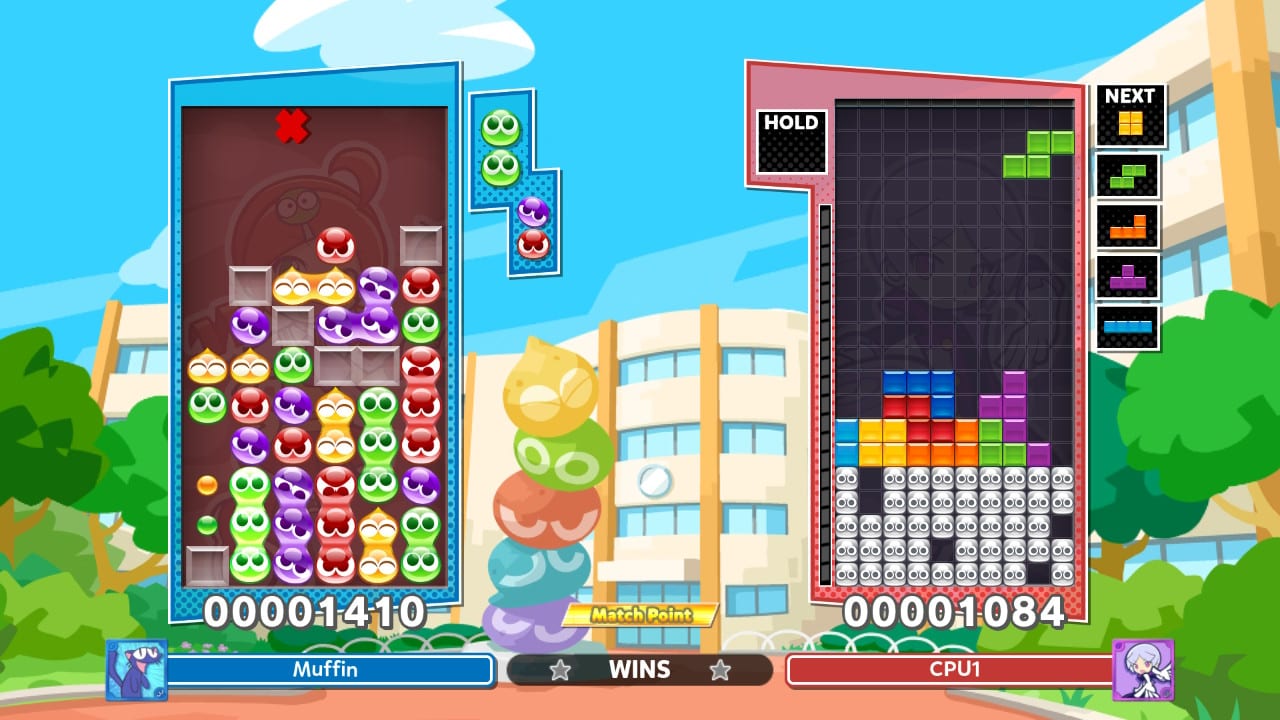 Fighting game crossovers have become popular over the years with titles like Marvel vs Capcom bringing in crowds at tournaments, but a few years ago SEGA made the bold choice of crossing over two competitive puzzle games. This was a success, as Puyo Puyo Tetris stood as not only a good versus game, but great Puyo Puyo and Tetris games respectively. This year, SEGA is giving Puyo Puyo Tetris the same treatment they give their Puyo Puyo titles and is giving us a sequel with everything that worked plus a new mode and a new story. 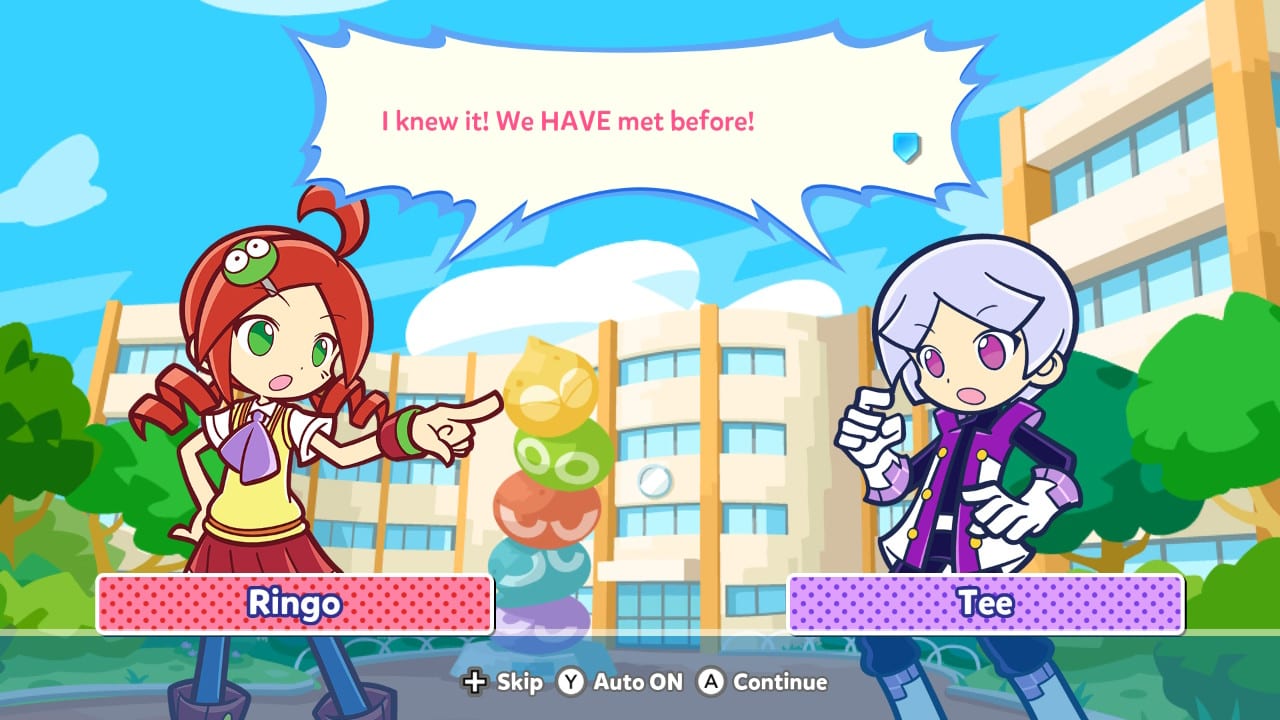 Puyo Puyo Tetris 2 has all of the returning modes from the first entry with a few more surprises. Like the original, we have versus, where players choose to play either Tetris or Puyo Puyo, swap, a mode that alternates between the two, fusion which adds Tetris and Puyo Puyo together in a strange twist, fever, which is clearing a set of boards, and several solo challenges. 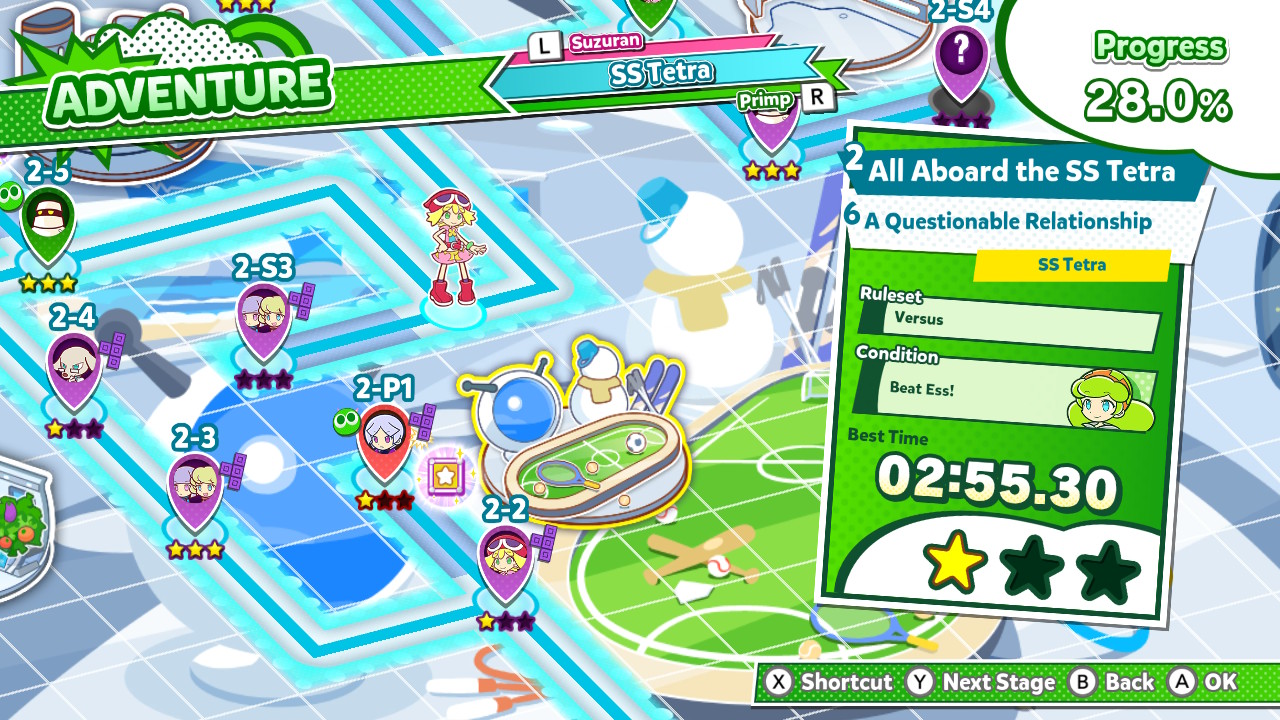 The two features that make Puyo Puyo Tetris 2 stand out are the new Adventure mode and Skill Battle. Adventure Mode is more than just a linear set of levels this time around, as there is a map where players can choose to go to special levels, or skip them if they prove to be too difficult. These levels jump between different modes, and one of these that you’ll encounter is Skill Battle. 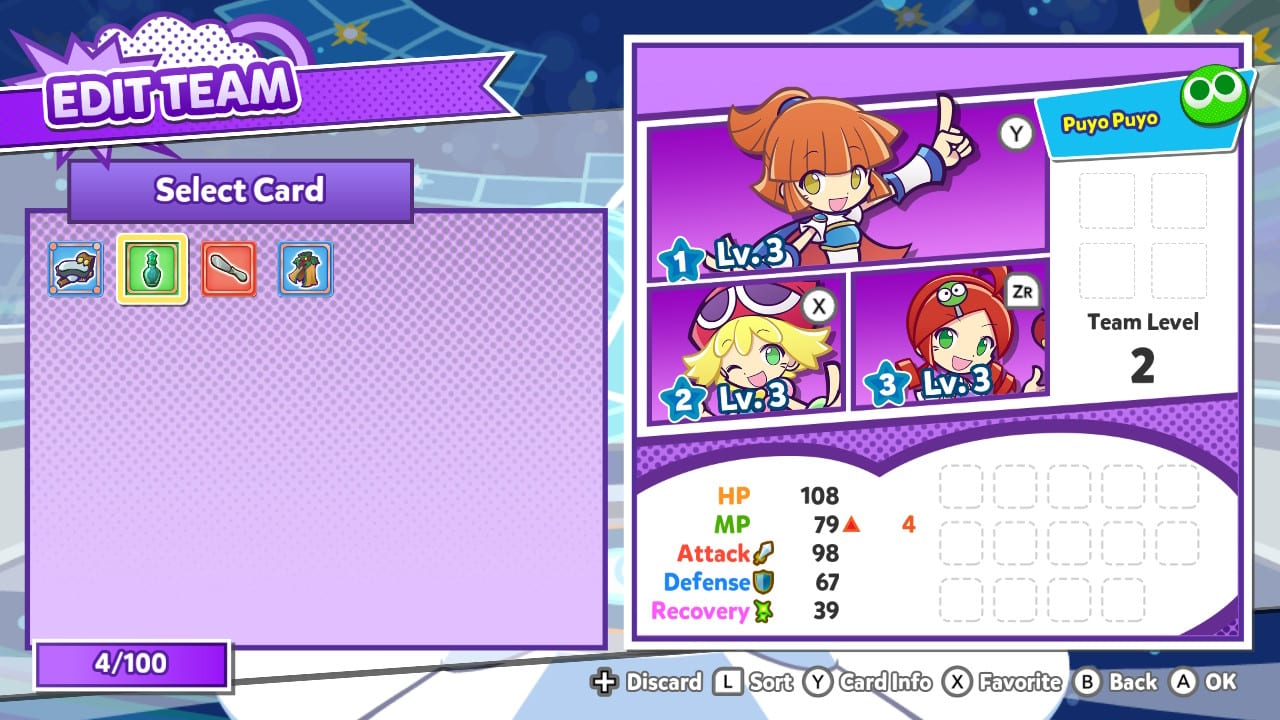 Skill Battle is a little different than previous modes. Previously, the characters you select to play didn’t affect how you play, but each character will have their own set of skills this time around. Instead of playing to be the last standing as pieces rise to the top, you’ll be playing with HP which lowers when your opponent creates a chain or pulls off a large play.

The skills in Skill Battles come from the characters. You have a team of three characters, each with their own unique skill which can range from giving you HP, clearing two lines at the bottom, or clearing an entire Puyo color. The more you play with these characters, the more you level up, which means HP will increase as well. 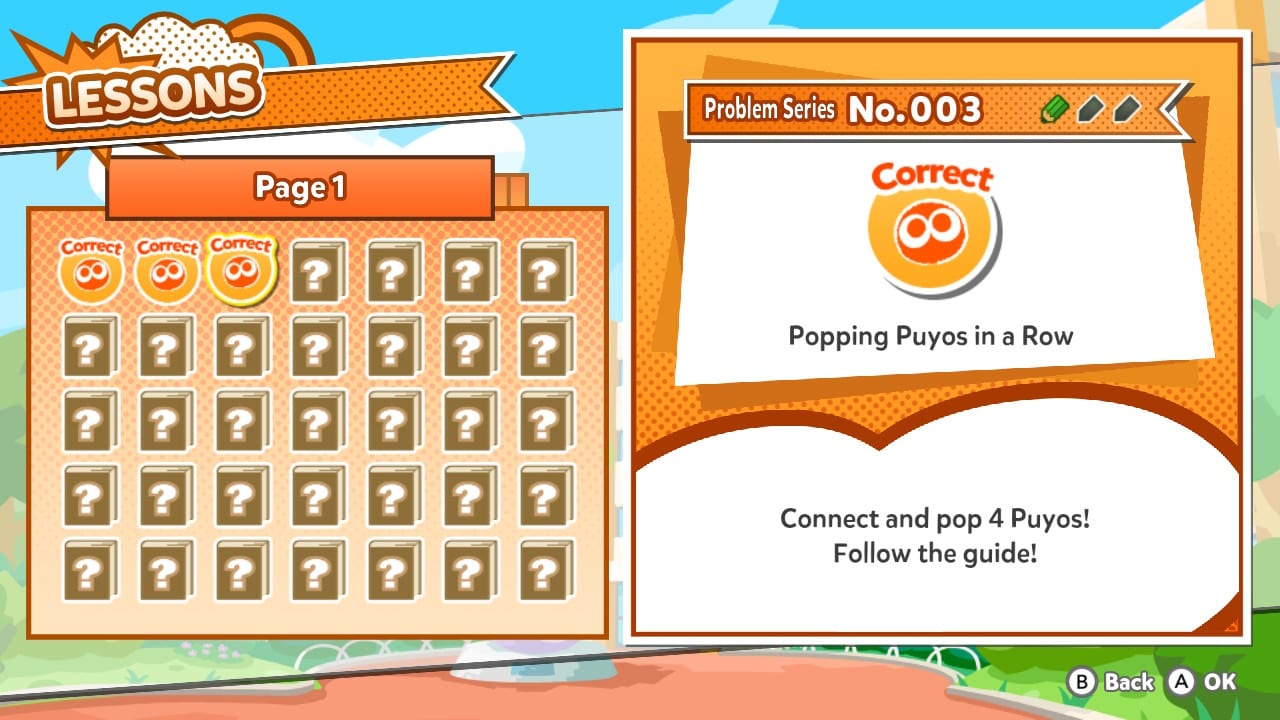 One less-talked about feature are the Problems in lesson mode. Previously, you were given three different sets of lessons to choose from: Beginner, Intermediate, and Advanced. Now, most of the play styles have problems that you can solve based on what you’ve learned. These are really helpful if you’re trying to become a master at a certain style of play.

As we get closer to Puyo Puyo Tetris 2’s release date, we’ll learn more and see more changes to the game. For now, it seems like it’s going to be more of the same, which isn’t necessarily a bad thing. Puyo Puyo Tetris 2 will be released on December 8th, 2020 for Nintendo Switch, PlayStation 4, PlayStation 5, Xbox One, Windows PC, and Xbox Series X. Keep in eye out for our full review when we get close to the release date.