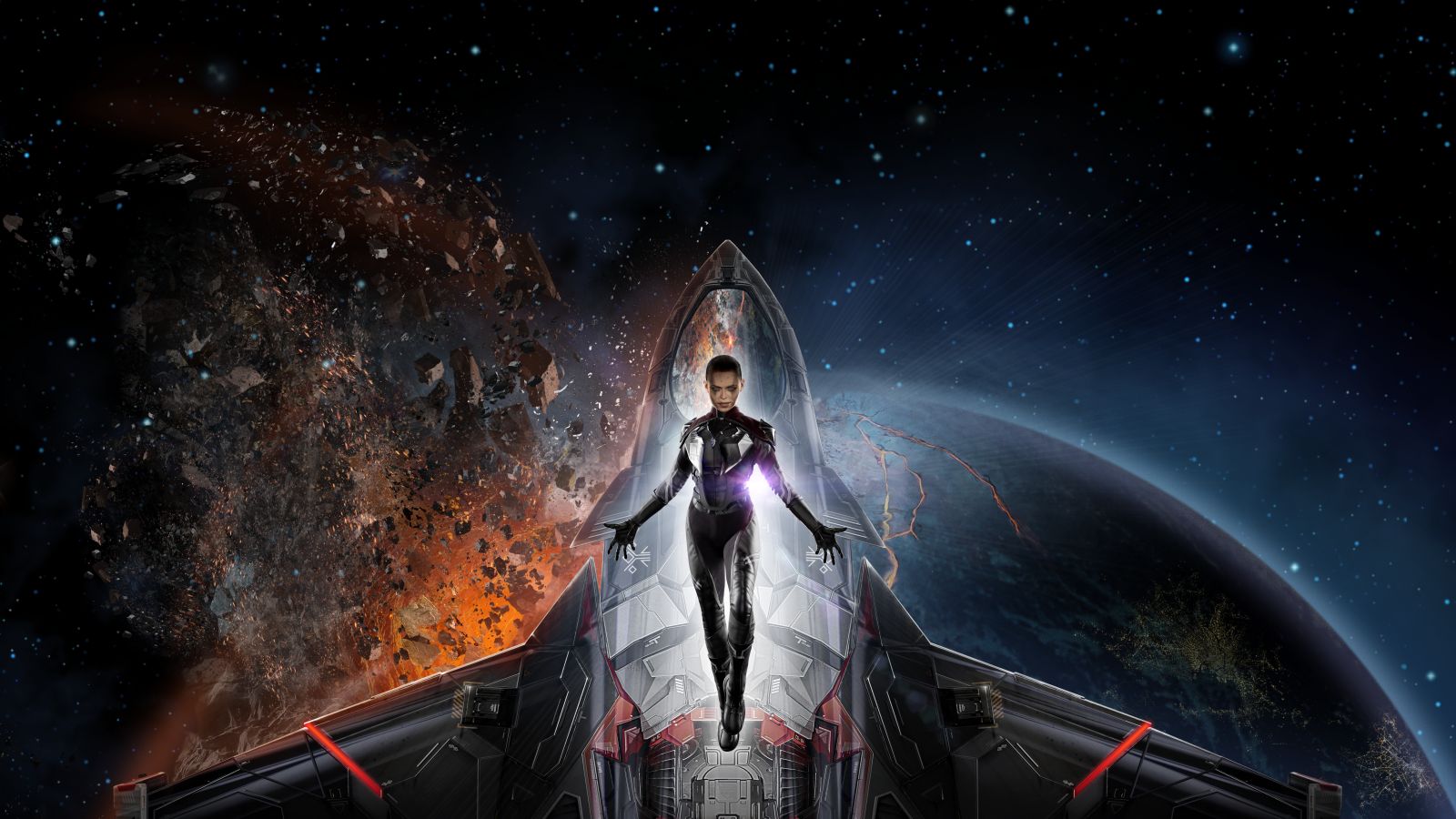 Chorus hands-on preview – The Melding of Woman and Machine

When I saw Starbuck flip her Viper 180 degrees, invert, and unleash a barrage of HE rounds at an incoming Cylon fighter, I was completely hooked on Battlestar Galactica. The show was very much focused on the struggle of humanity against their robotic oppressors, but I relished every moment the pilots catapult-launched from the titular battleship to engage in exciting dogfighting. I’ve been chasing that dragon ever since, waiting for the high-speed space game that could deliver the feeling of being a zero-g hot shot Viper jock, able to turn on a dime and take on insurmountable odds. Well, if the hour long demo I got to play of Chorus (stylized as Chorvs) is any reflection of the full game, we’ve got it.

Chorus tells the story of Nara, the former right hand of the Great Prophet — the leader of a cult-like force called The Circle that has exerted a grip on the universe that approaches absolute. Under the false flag of unification and eternal peace, this cult promised a state of perfect harmony for humanity — something The Circle calls “The Chorus”. Using an unnatural power, the Prophet has conquered the galaxy, and with Nara’s help they ripped the planet Nimika Prime apart. Broken and facing the reality of what she’d done, Nara puts herself in a self-imposed exile for seven years. In doing so, she abandons her living and sentient ship named Forsaken. Now, bent on stopping The Circle, she has re-established an uneasy relationship with Forsaken in a bid to try to undo all of the damage The Circle and the Great Prophet have unleashed on humanity.

The demo I got to play starts several hours into the game, well past the inciting event and scenarios I’ve described above. Nara is trying to help several refugees who are fleeing from The Circle while she deals with her own inner demons. Nara seems to be saddled with some sort of dark traveller, a disembodied voice that seems to be driving her. Nara seems to whisper to herself everything from combat dialogue to internal motivations. While we don’t have a clear story explanation yet, it may have to do with “The Faceless”.

The Faceless are the mysterious and somewhat ominous source of Nara’s incredible reality-bending powers. You see, Nara is able to essentially teleport, leaping behind her foes using a power called Rite of the Hunt, lining up the perfect shot on their hindquarters. Undoubtedly more powers await Nara throughout the course of her adventure, but when something is this immense and powerful, you have to begin to wonder at what cost.

When not in combat, Nara can use another power called Rite of the Senses to see not only hidden objectives and crates, but also the hidden contrails of the various ships in the area. In this short demo we used it to uncover ships that were hiding from pirates, and unfortunately from us. After all, up until this point we were the enemy — changing the hearts and minds of the people we once oppressed will be a challenge. It’ll be interesting to see if developer Fishlabs leans into this skill for more than searching for hidden goodies, or if it finds its way into deeper mission types.

One mission type we only glimpsed during a guided portion of our demo was one of the many mazes in the game. The Faceless strongholds are transdimensional, labyrinthian puzzles you’ll need to solve to regain Nara’s powers. We also saw several quick cutscenes of Nara outside the ship, interacting with Forsaken and walking around in the reality-bending structures, but that’s a mystery to uncover at another time. 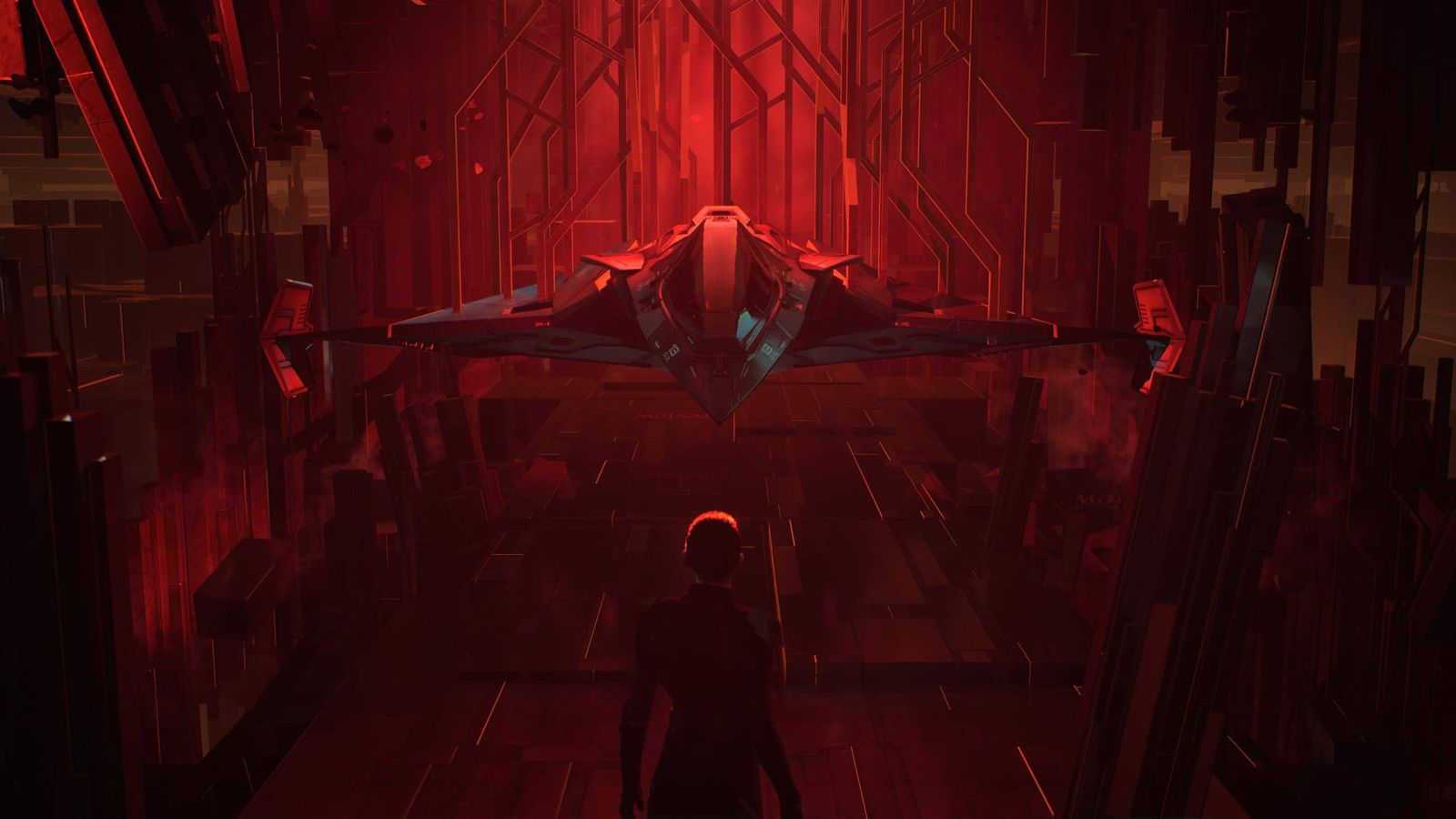 Combat is Chorus is blindingly fast. Forsaken is a living ship, able to pull off high-speed maneuvers that allow Nara to take down otherwise insurmountable amounts of enemies. Boosting with the left trigger, you’ll hurtle forward with a powerful boost, but the magic happens when you combine that with the left bumper. Forsaken’s wings expand, allowing him to drift while continuing to hurtle forward. This angle lets you flip, spin, and otherwise whip Forsaken into a position to line up to unleash one of his three weapons to take down enemies. Some foes succumb faster to the Gatling guns, others have shields that require focused fire from your laser cannons, with missiles being used to punch through heavily armored targets. A fourth direction on your D-pad will allow you to repair Forsaken, though staying out of combat will allow his shields and eventually his health to regenerate.

While taking on swarms of foes is a power fantasy come true, taking on Corvette-class ships is even better. Using the Rite of the Hunt power, Nara is able to teleport past the shields on these ships, unleashing all of Forsaken’s considerable power on the inside of these ships, obliterating them from the inside. The developers told us that there are capital ships, as well as boss battles and other dangerous foes to encounter, though we didn’t get to experience that in our demo. Still, even during this short demo we got to see one section where we had to take out energy cells on a pair of defensive structures before they re-activated, and another where we had to take out ship launch pads and supplies to eradicate an enemy base. It’ll be interesting to see what other challenges lie ahead, but the team tells us that there will be a critical path as well as side missions to tackle while you explore.

Between missions you can land at various locations to equip yourself. Throughout the various locations in the game you’ll be able to gather up new equipment, following the tried and true MMO equipment ranking style from common the legendary. New shields, improvements to armor, engines, thrusters, and more will allow you to build up Forsaken into a weapon that matches your play style.

Saving the best for last, I have to mention that Chorus has one of the best soundtracks I’ve heard in a long time. Portugal-based composer Pedro Macedo Camacho has provided roughly two hours of reactive music that fits the action perfectly. It’s haunting and eerie while you explore the deep dark, diving into a growly 80s-synth that I absolutely have to have for my collection. 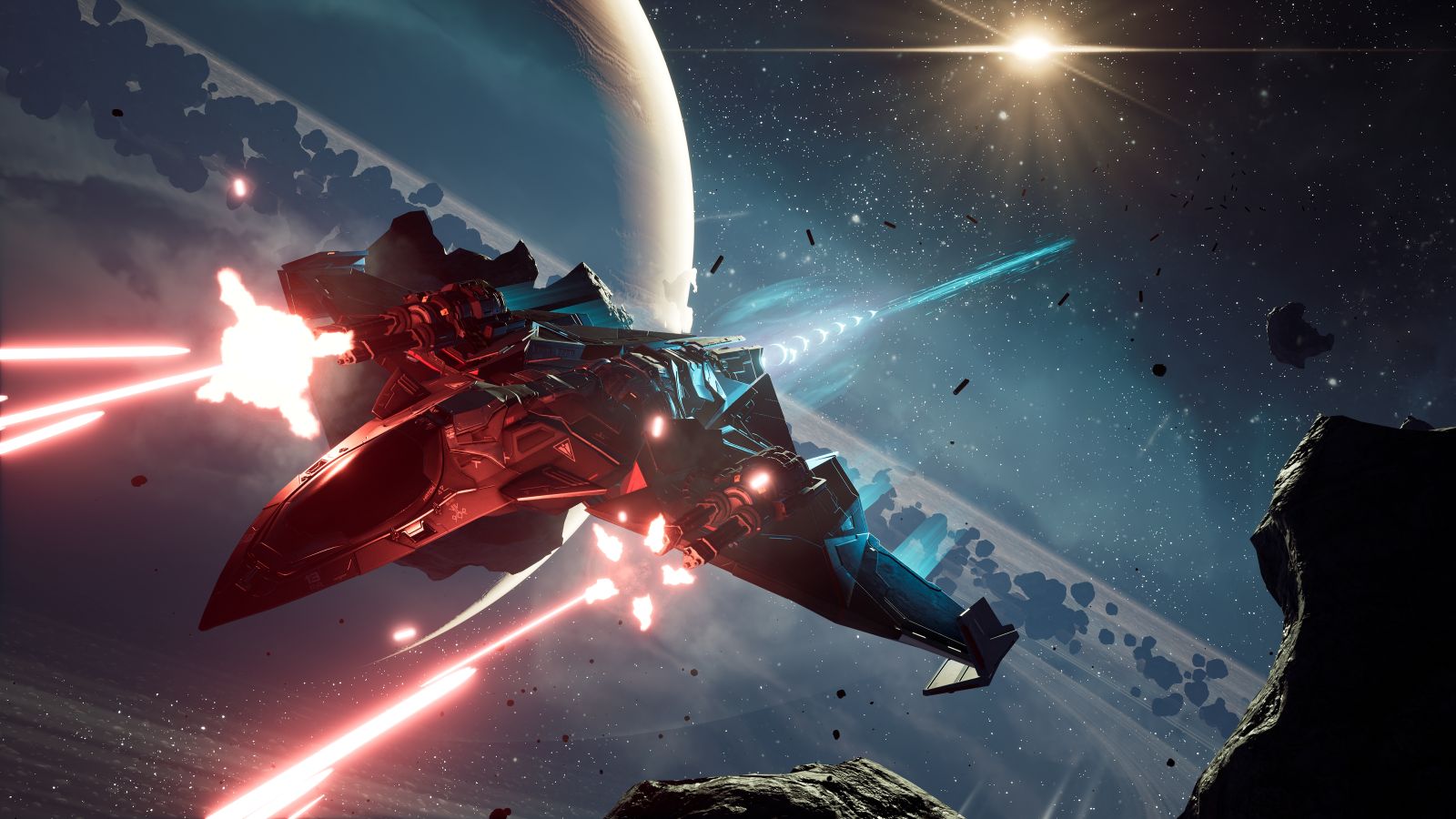 Chorus wasn’t even on my radar until a week ago, but now it’s on my must-have list for 2021. The dual-protagonist sci-fi storyline, combined with an absolutely incredible combat system and awesome soundtrack looks like it’ll be something quite special. After so many years of slow-moving space combat, I just might get to fulfill that high-speed Viper jockey fantasy.

Look for our continued coverage as we run up to the December 3rd 2021 release date on PC, Xbox Series X/S, Xbox One, PlayStation 5 and PlayStation 4, PC, Stadia, and Luna.

Chorus hands-on preview – The Melding of Woman and Machine