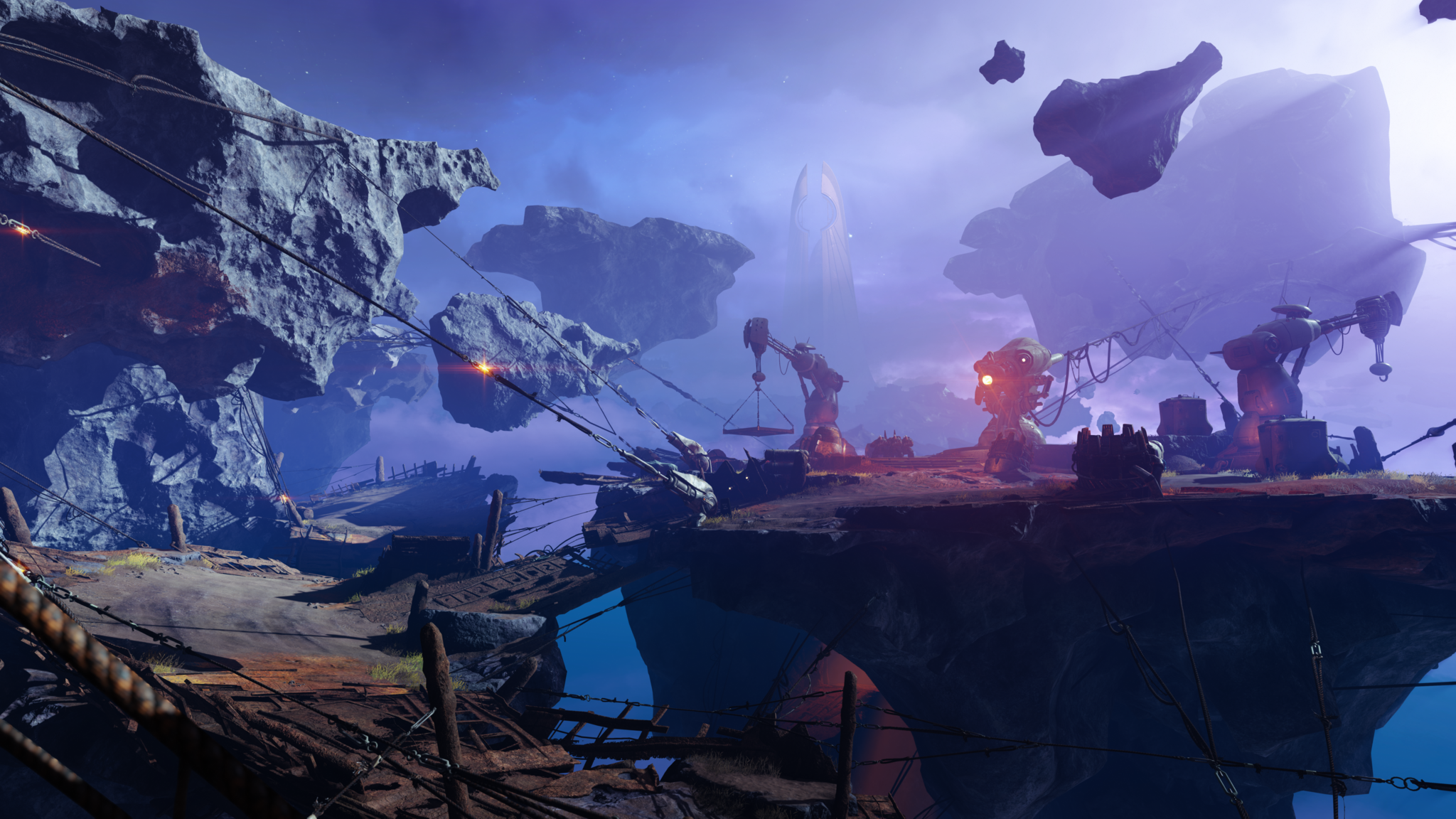 This morning, Bungie announced a new expansion coming to Destiny 2 this fall, called “Forsaken.” As a longtime fan of the franchise, who has been along for the ride during all of the incredible highs and disappointing lows, I found myself overwhelmed by the sheer amount of new content included in the reveal. Destiny 2: Forsaken will introduce a new PvP/PvE hybrid game mode called, “Gambit,” a new campaign, a new endgame hub that will host a raid and other activities, 4 new crucible maps, 9 new supers, a complete overhaul of the weapon slotting system and the weapon mod system, the addition of the bow, the return of random weapon rolls, and new menu tabs for triumphs and collections. That’s a lot to unpack, so let’s go through it item-by-item.

Since Destiny launched in 2014, the community has been divided between two schools of thought: those who play for the PvE content, and those who play for the PvP activities. With Gambit, Bungie hopes to bring those two worlds together with a PvE/PvP hybrid mode that combines elements of both. Two teams of four fight against PvE enemies in separate areas, and collect motes by succeeding at combat. The goal is to collect enough motes to summon a final boss and defeat it before the opposing team. The PvP element comes into play when players can choose to send one of their teammates to invade the world of the opposing team and wreak havoc.

This game mode will be making an appearance at E3, so we’ll have more to share on this topic in coming days.

The Reef, the Tangled Shore, and an all-new campaign from High Moon Studios:

Forsaken’s campaign was created by High Moon Studios, which has been collaborating with Bungie on Destiny content for several years. The expansion will have players return to the home of Variks and the awoken, called the Reef, for an all-new campaign. Based on what we know so far, the campaign will focus on Cayde-6 and the Prison of Elders, which houses some of the most dangerous baddies in the solar system. The “Barons,” who are the worst of these criminals, break out of jail and you’re tasked with hunting them down. Bungie also revealed that the campaign would take players to a new area of the Reef known as the Tangled Shore, which consists of floating shards of rock and asteroids.

We didn’t get much more from Bungie on this topic. They seem to be playing things close to the chest on this front, at least for now. We’ll keep our ear to the floor for new information as it develops.

The weapon loadout has been the subject of heavy debate for as long as Destiny has been around. Some players preferred the Destiny 1 loadout system, which forced the player to utilize a wide variety of weapons and incorporated randomized weapon perks so that each weapon drop felt a bit different, even if the weapon was the same in name. Others prefer Destiny 2’s loadout system, which focuses on a few primary weapon types and dedicates the power slot to game-changing weapons. With Forsaken, Bungie seems to be throwing the strict rules by which weapons can be equipped out the window. We don’t have all the details yet, but it seems that any weapon type can be equipped to any slot, so a player could conceivably equip a shotgun to every slot and go crazy. My assumption is that a shotgun equipped to the kinetic or energy slot will not function the same as one that’s equipped to the power slot, but we’ll have to wait for more information before we know for sure.

Random rolls are also making a return to Destiny to give players something to grind for and create a more diverse sandbox. Presumably, this will be compounded by changes coming to the weapon mod system, which currently has a pretty minimal impact on the game, but we don’t know anything about the changes coming to mods just yet.

And of course, it wouldn’t be a major Destiny expansion without a new weapon type, and this time we’re getting the bow and arrow. Bungie points out that it seems an odd choice to add a bow to a game with laser cannons and machine guns, but also promises that they’re quite a force to be reckoned with. Personally, I can’t wait to stalk crucible with a bow, and silently dispatch my opponents.

A new raid, and the Dreaming City:

As always, players will be getting new endgame content with Destiny’s next expansion, and this time that takes the form of a new raid. However, this time players will get a new unique twist to the usual formula in the form of the Dreaming City. Unlike previous raid areas, which more-or-less had a singular function as the raid areas, the Dreaming City will also serve as a hub for other endgame content. Bungie has been pretty tight lipped as to what other activities will be available here, but it sounds like there will be secrets to discover for players who explore the area.

The biggest “oh, shit” reveal for me was the announcement that Forsaken would introduce a staggering nine new super abilities to the sandbox. We’ve only seen a few of these so far, including a Titan warhammer, a Hunter knife throwing super, and a teleporting Warlock void super, but presumably each subclass will be receiving an additional super, which would give players double the options that they have now. I’ve always been a huge fan of supers in Destiny, so the prospect that I’ll have twice as many ways to destroy others with my Titan is incredibly exciting.

One of the biggest issues I had with Destiny 2, was the removal of the “Quests” tab that existed in Destiny 1. I’ve always enjoyed the times that Bungie has embraced the RPG side of Destiny, so having a checklist was something that I unapologetically adored. That’s why I’m very happy to see that Destiny 2 is getting two new tabs added to the primary menu, both of which cater towards avid checklisters like myself. The Triumphs tab will track various goals and accomplishments that the player can undertake, and unlocks in-game lore when the player completes certain tasks, including finding lore items in the world. That’s right — we’re getting our grimoire back, and it’s in-game this time. The Collections tab, on the other hand, will track all of the items in Destiny, and the player’s progress towards collecting them all. It will also serve as a way for players to reacquire items that they once had, but dismantled.

Both additions mark a huge step forward for Destiny where players can see their progress towards various longterm and shortterm objectives and enjoy the addiction of being a completionist.

Finally, Bungie announced the new model by which they’ll be funding Destiny 2, which is something I’ve sometimes been critical of in recent reviews of Destiny. Instead of season passes, Destiny 2 will be getting a “Annual Pass,” which runs for $34.99 and includes access to three content drops throughout the year. Right now, it’s unclear if these content drops will be similar to the expansions that fans are used to, or if this represents a new service that’s being offered for players. Until more details are available, I’ll reserve judgement, but it’s nice to see Bungie addressing their funding model, which has been fairly aggressive this past year.

And that just about wraps up most of the major reveals we learned about today. You can expect a whole lot more coverage from us in the weeks and months ahead as Bungie slowly raises the curtain on what they have in store. You can see Bungie discuss most of the new announcements right here: