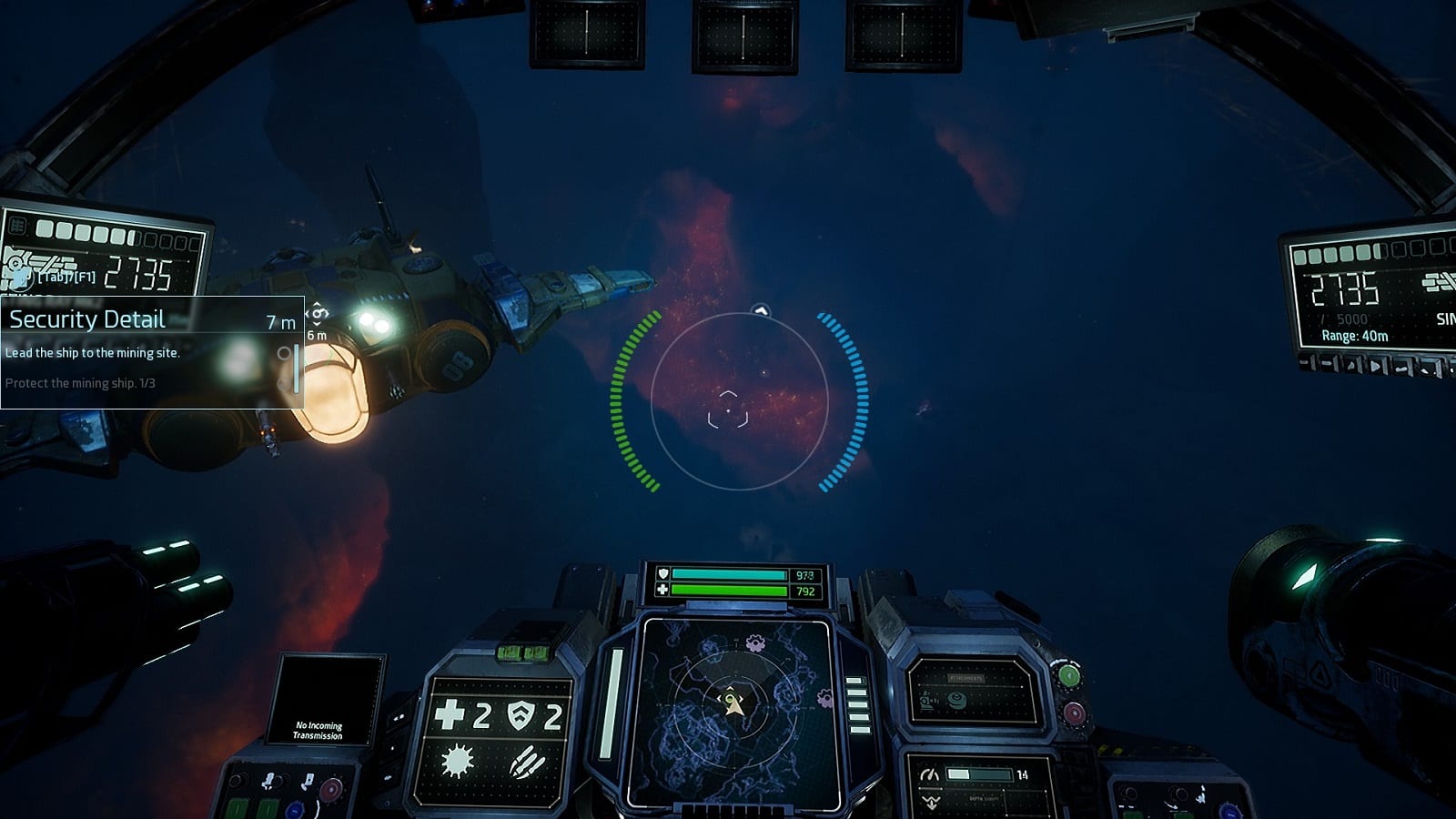 Famed first-person submarine shooter AquaNox has spent the better part of the 21st century off the radar. Digital Arrow and THQ Nordic have spent the last few years hard at work on the franchise’s next installment, with only the odd demo surfacing here and there. Aquanox: Deep Descent is a complete reimagining of the classics, taking AquaNox into uncharted waters. The game looks to be taking a step back from the bombastic firefights and rip-roaring soundtracks of the old titles. Instead, the team has set its sights on a slower-paced, moodier experience, drenched in mystery and danger — with a side of pulse-pounding action.

The preview was no longer than an hour and a half, and during that time there were no large-scale firefights or frivolous explosions in sight. The slow, methodical, and horror-inspired gameplay is fresh, but also quite familiar, especially to this generation’s gamers. Earth is dead and the human race was its killer. The remnants of the global population headed into the ocean to escape the unlivable conditions above. Here, in the Aqua, humanity established a new society — one rife with crime and warring factions. Your crew has appointed yourselves the saviors of humanity, on a mission to restore a people currently on the brink of destruction. 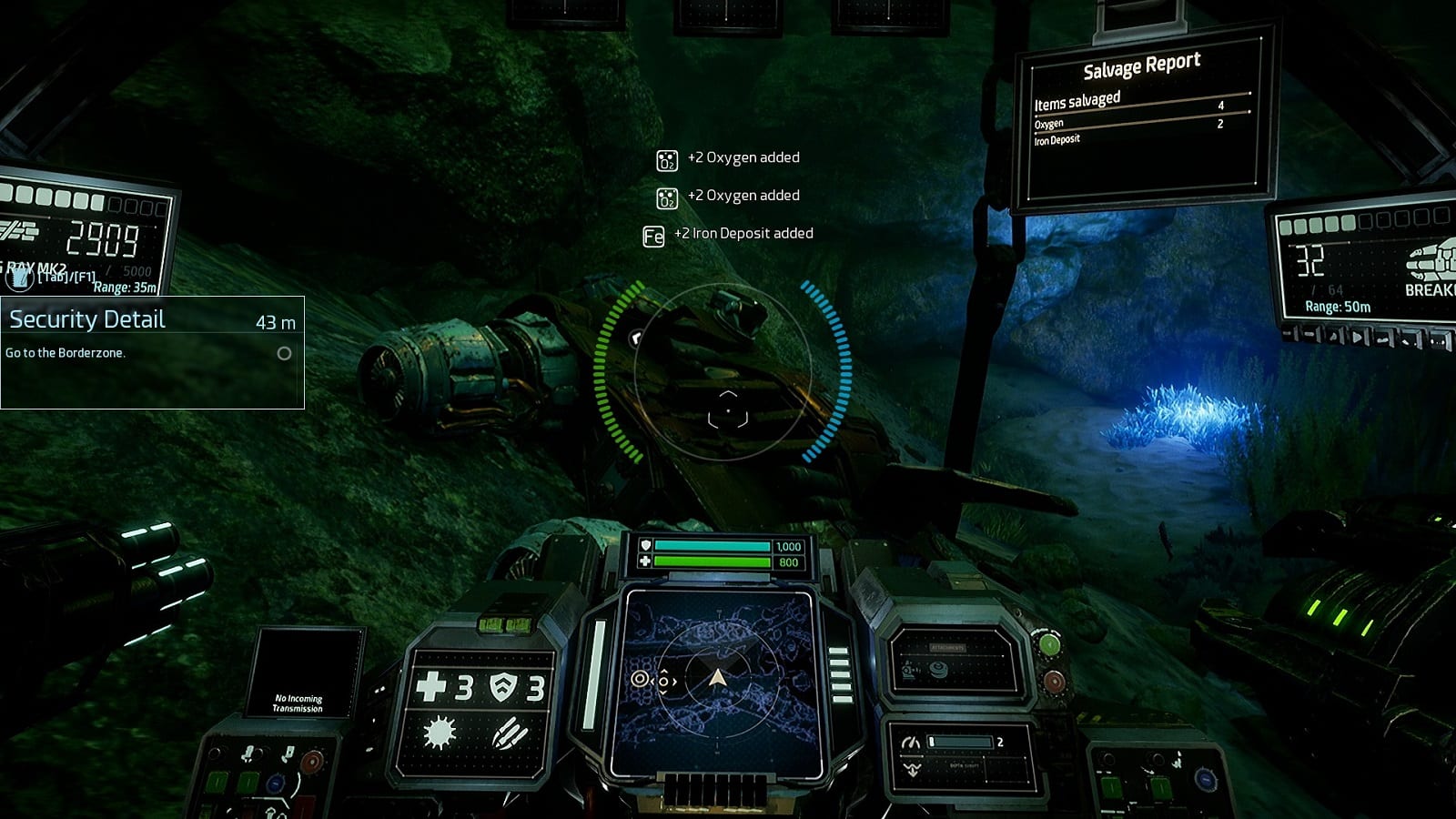 Stocking up for the trip.

To these ends, you’ll shoot, gather, customization, and make an enemy of everyone and everything on the seafloor. Your personal submarine/war machine is relatively slow and clunky. The weight of the vessel can be felt as you try to navigate the cave networks spread out across the maps. You can also perform quick dodges in all directions, provided you have enough charges. Boosting depletes a separate bar, but gives you a speed increase, but be wary, it’s easy to damage your ship’s shields by slamming into obstacles.

The vessel supports two primary weapons mounted on both sides of the ship, while two secondary weapons provide support. Cycling through your available primary weapons is quick, easy, and necessary, as ammunition is limited. Whether it’s from enemy debris or old wrecks and depots, the Aqua is littered with resources that you’ll need to craft ammunition, make repairs, and upgrade your vessel.

Stations scattered throughout the Aqua provide temporary respite, with traders and mechanics to help pimp your ride. Customization was limited for the preview, but it gave a glimpse at the breadth of customization options. New weapons can be crafted alongside ship models and parts, opening the door to different builds and playstyles. You can even give your vessel a new paint job to match your personal tastes. 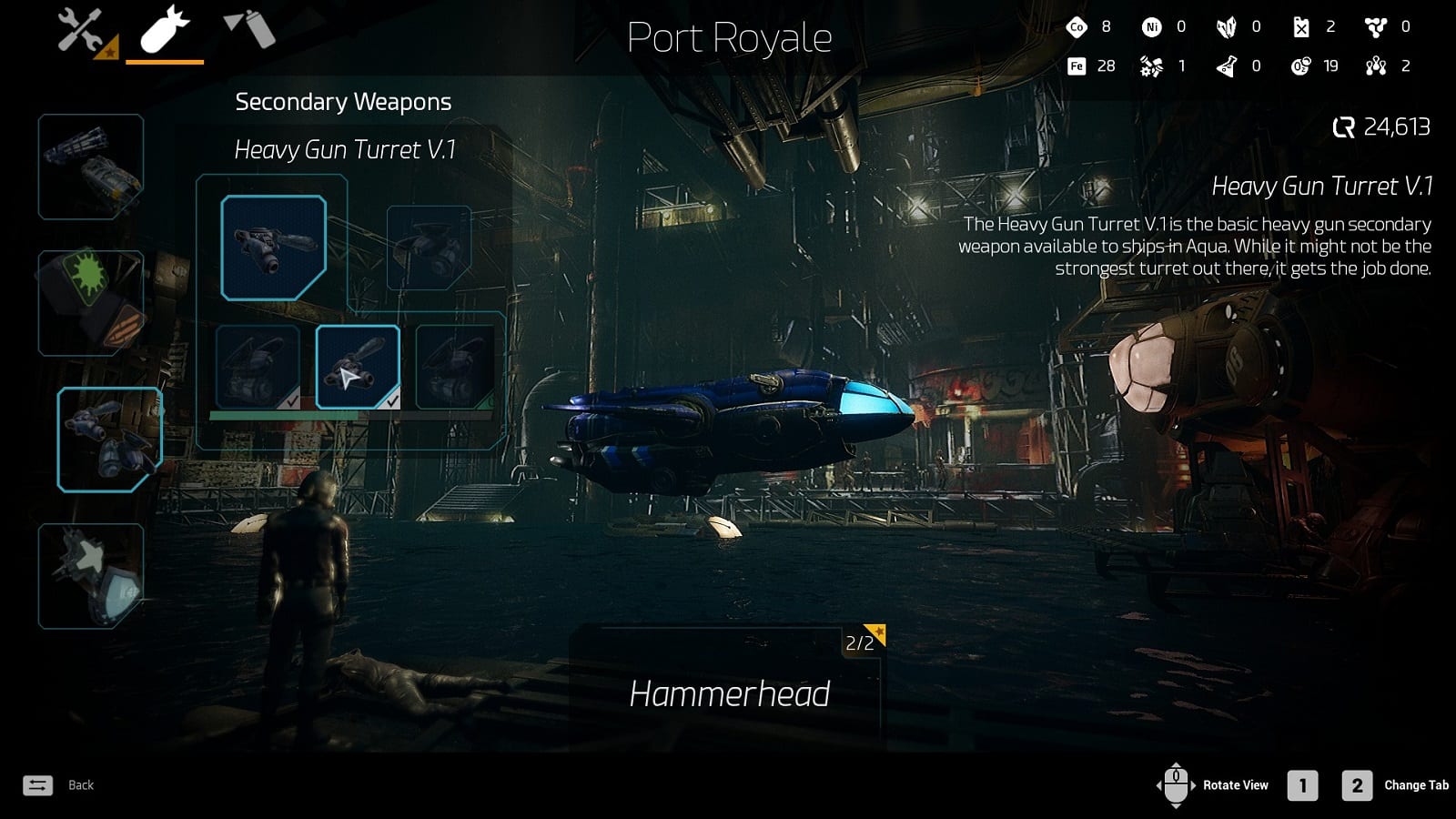 The stations are also home to a number of unique NPCs, offering discussion and acting as quest-givers. Talking to characters introduces a visual novel-style dialogue system, in which your crew selects dialogue options to learn more about the Aqua and its people. Though side quests weren’t a part of the demo, conversing with characters will be much more important come full release. The game is fully voiced, even during these dialogue segments, though the bulk of the main storyline comes by way of radio.

Away from the stations, you’ll find that the Aqua is a terrifying, and lonely, place. Enemies hide behind tall rock formations and come at you quickly with powerful attacks. Limited light sources keeps you questioning what’s behind every corner, while understated ambient tunes heighten your unease. Quests take you to the far corners of the ocean, on the hunt for resources or taking out enemies to progress the story.

Behind all the smoke and mirrors, the questing experience is commonplace. Of course, I only got to see a few quests, but there was one through line: escorting. The escort mission, which I’m sure most players can agree on, can quickly become a woefully drab experience. In the case of Aquanox: Deep Descent, the veil of mystery kept me on the toes; you never know what creatures might come out of the dark to threaten your convoy. Enemy and quest variety was slim for the preview, thus limiting the combat. But, what we know about the AquaNox of old gives me confidence that there’s a wealth of surprises ahead.

The demos have spotlighted notable improvements over the years, most noticeably to the UI, and recent developer updates hint at the project’s proximity to completion. The game will also feature four-player drop-in, drop-out co-op, as well as multiplayer PvP modes to test your mettle in the online circuit. The project has seen its fair share of delays, but all signs point to a 2020 release.