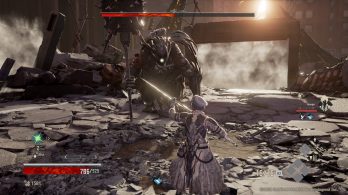 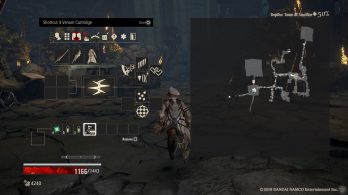 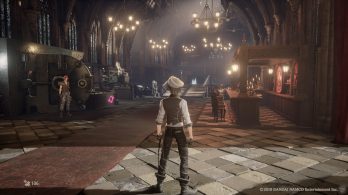 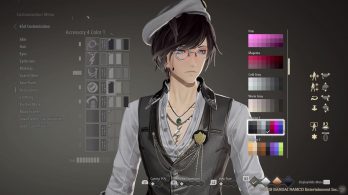 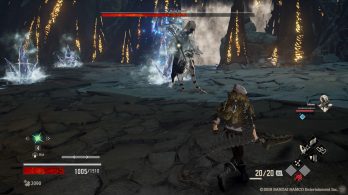 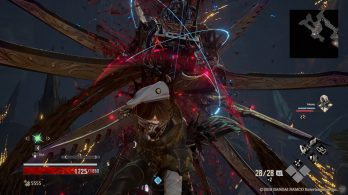 The greatest backstab in gaming 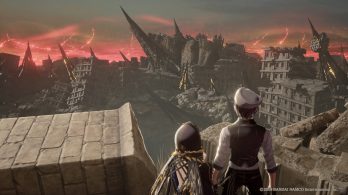 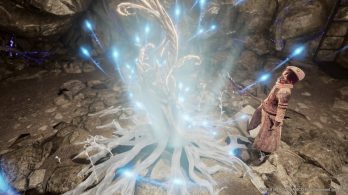 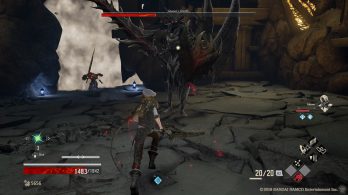 After a string of teasers and trailers spanning two years, Bandai Namco is finally ready to give the public some hands-on experience with their vampire-themed, souls-like RPG. This past weekend was the Code Vein Network Test, giving anyone with a code access to the character creator, the game’s opening hour, and their fill of boss fights courtesy of a new zone in the Depths.

The manner in which you fight and traverse through the game’s dilapidated cities will undoubtedly be familiar to fans of the Souls series. If anything, Bandai Namco, who publishes Fromsoftware’s now-iconic series, is making sure that the connection is made—the game’s original tagline was “Prepare to Dine” after all. Where Code Vein differentiates itself is in its presentation; flashy attacks and finishers provide plenty of eye candy during fights, but not without trading away a touch of the fluidity that one has come to expect from games of this subgenre. Some have taken to calling the game “clunky,” and while the controls aren’t necessarily as tight as similar games, clunky is a bit of a stretch. Certain attacks and animations purposely have brutal recover times, most notably the parry, and this coupled with a few awkward animations and transitions can be held accountable for any stiffness in the combat.

Slaying enemies will yield Haze, which players can spend at checkpoints for additional levels and skills, or at stores in the hub area for gear and upgrades. Die before you get the chance to spend, and you’ll have to run back and retrieve your Haze before it’s lost forever. The crux of Code Vein’s customization is the Blood Code system, the game’s unique class system which replaces the allocation of stat points received for levelling up found in most RPGs. Each class has its quirks, and it’s up to the player to choose the proper weapons, gear, and upgrades to complement their Blood Code and the unlockable Gifts/abilities that come with it. Blood Veils, essentially armor, modify stats and transform the player’s parry attack, while two interchangeable active weapons come with different properties and movesets. On top of this, players have 4 slots for passives and 8 slots for Gifts to further diversify their tactics.

There’s not much to say about Code Vein’s starting area; we do get our first taste of the game’s narrative, but other than a few cutscenes to enjoy, the area is a hyper-linear dash down a sparsely-populated area where players will get a chance to practice and experiment with all the Blood Codes and weapons they find before hopping into the real meat of the test: the Depths. Here, three paths lead to three boss fights, each guarding one of three keys needed to unlock the final boss room. By default, players are joined by one of three AI companions to alleviate some of the pressure from the area’s relentless Lost. The option to fight solo is available for the especially daring, but seeing as this was a network test, requesting the aid of another player and vice versa was encouraged, bumping the member count up to three. 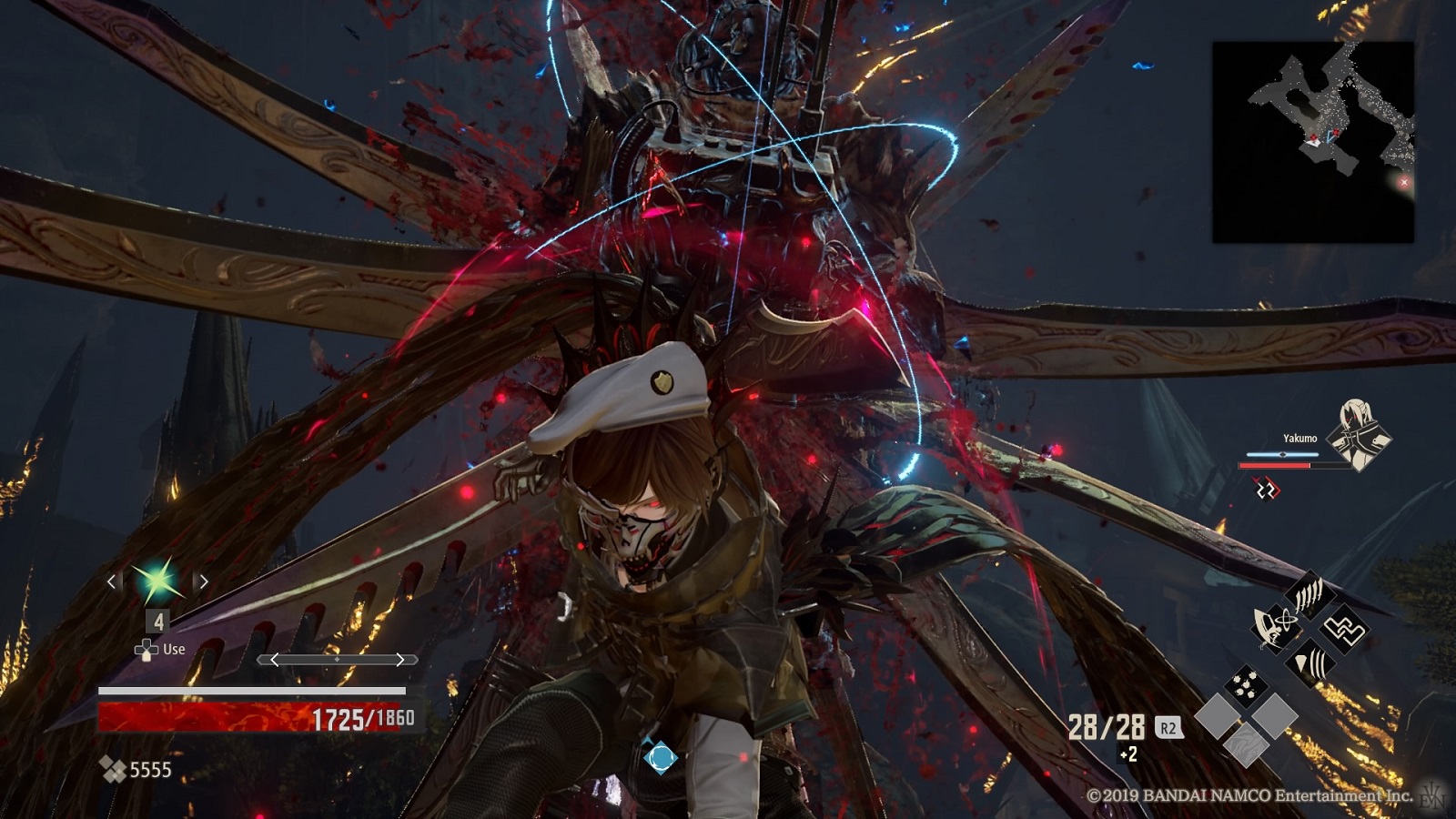 The greatest backstab in gaming

Combinations of ranged and melee enemies, hulking heavy-hitters and nimble infighters, and everything in between spotlighted the variety in both challenges and playstyles that was sorely missing from the curated gameplay footage released prior. Delaying the game proved to be the right choice; everything about the combat looks and plays far better than what previous trailers and footage led us to believe. Two of the four boss fights are tag team fights which any fan of Souls games will know are notoriously difficult to make fun and fair. Code Vein tries to remedy the issue by encouraging players and their companions to deal with one boss each—any attempt to tackle both by yourself results in a rather tiresome game of poke-and-dash. The remaining two boss fights are more straightforward lone boss encounters that demand proper timing, memorization, and quick reflexes to overcome. It’s these two fights in particular that give us that familiar rush of adrenaline and renew our faith in the game’s boss fights. The presentation itself is enough to sell the fights, but the expanded movesets and multiple phases seal the deal.

But it’s not all sunshine and lollipops here in the apocalypse. The network test was plagued with framerate drops, primarily during combat. Additionally, an awful LOD optimization technique axes enemy animations if even 4 enemies are engaging you in combat, making combat virtually impossible if the player pulls one too many enemies. It’s difficult to read telegraphs when every enemy looks like a malfunctioning robot. There’s definitely some kinks to work out if the only way to ensure a stable play experience is to butcher assets in the players’ immediate vicinity. A few additional comments: the color palettes aren’t the most interesting with environments occasionally resembling the washed-out levels of some gritty FPS from the start of the decade, and the exploration of the levels themselves could possibly grow to be tedious if the same degree of linearity permeates the game’s later levels.

The game has until its still-unannounced release date sometime in 2019 to buff out any remaining issues, but as of this network test, it’s shown nothing but promise. Gaming Trend will be on top of any new information regarding Code Vein, and of course, provide our review when the game releases later this year.