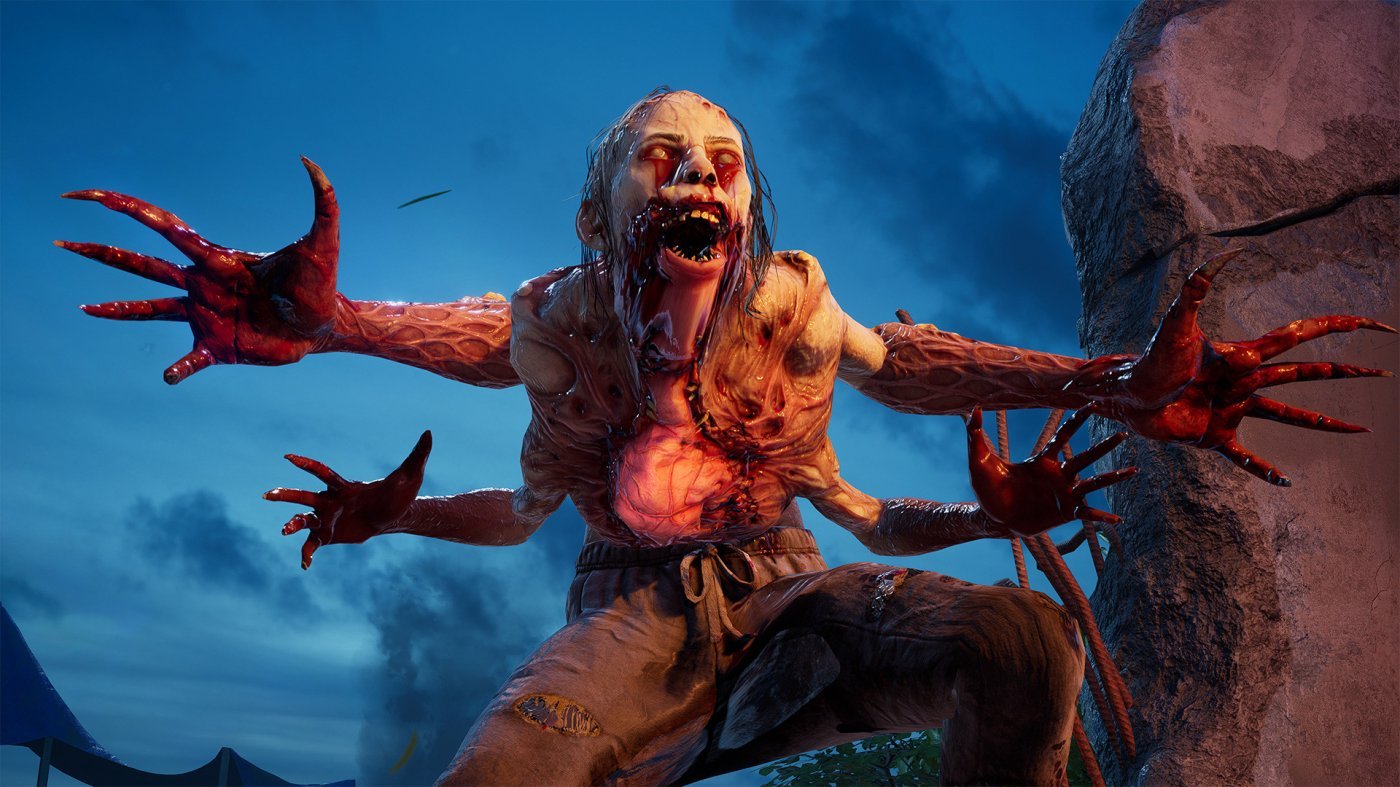 I hate referring to development as magic. It’s not. There’s smart people crunching numbers, testing for bugs, creating art, and so many other things. But what Turtle Rock Studios is creating with Back 4 Blood – a game that’s not set to launch until October – feels like magic. We got to play an early build of Back 4 Blood’s multiplayer PvP mode called Swarm. I’m not a fan of asymmetrical multiplayer modes, but Swarm made me a believer in what Turtle Rock is working on; and it feels like it’s almost ready to ship right now.

Cleaners have a number of tools available to them to fend off their undead adversaries. Everything starts with the staple card system, which has been greatly expanded since our last hands-on with the game. You’ll start a round by picking one card from a randomized selection of cards that come from your pre-made deck or a deck you’ve customized. Then you’ll enter the map and are given a preset amount of time to scavenge the area and find anything that can be useful to help fend off your opponents. You’ll find guns of different ranks, medical supplies, grenades, melee weapons, and even barbed wire. Once the match starts, you can continue to pick up anything, but that will be difficult once you have Ridden all over you. And you will have Ridden all over you. Winning a round as a Cleaner allows you to keep the inventory you claimed from the previous round, which is really helpful for potential snowballs. But Ridden have their own unique tools to bombard their opponents.

While the Cleaners are selecting their cards or scavenging, the Ridden team is choosing which creature they’ll want to be. You have access to nine Ridden forms, each with their own special skills. Most of them you’ll have encountered in PvE, but now you can control them. So if you want to puke over your opponent, like Editor-in-Chief Ron Burke did to Greg Miller of Kinda Funny, you’ll have that option. Once you’ve chosen a Ridden, you’ll be able to enhance them with currency. You can even buff the AI zombies that help fill in the attack. I chose the Crusher, part of the Tallboy class, and enhanced his defense since he’s already tanky and moves very slowly. From there, you’ll look for places to hide and spawn away from the Cleaners so you can push the attack once the timer starts. And then it’s up to you and your team to work together and wreck your opponents. Meanwhile, all of this is happening while an impending swarm encroaches and shrinks the playing field making sure the Cleaners bite the dust eventually.

It’s hard to say what were good strategies for Cleaners or Ridden. Every map has an area the defense can hole up, but the maps generally have more wide open spaces, peppered with cover and environmental hazards. But Ridden won’t have a hard time invading certain areas if players choose the right kind. On the flip side, the open space allows the Cleaners to have plenty of room to move and take pot shots. Myself, Ron, and our Lead Editor David Burdette had success using different Ridden instead of picking the same ones. David went with the Hocker to freeze enemies in place with his webby, slimy spit, and I would try to get close and crush those opponents. Meanwhile, Ron would chase down Cleaners with the Wretch and get them to a corner to explode its acidic juices on them for massive damage. Sometimes Ron and David changed which Ridden they were to suit the situation. I didn’t because I felt you could always use a bruiser type of character and I wanted to get used to the mechanics in our short preview period. And yet, nothing ever works out the way you want it to. It’s a chaotic format, and I’m not confident there will ever be a surefire way to consistently succeed. Of course, we have to wait to see if any Ridden or Cleaner is more useful than others, but the fact that it feels like anything can happen in any match raises the excitement and fun. 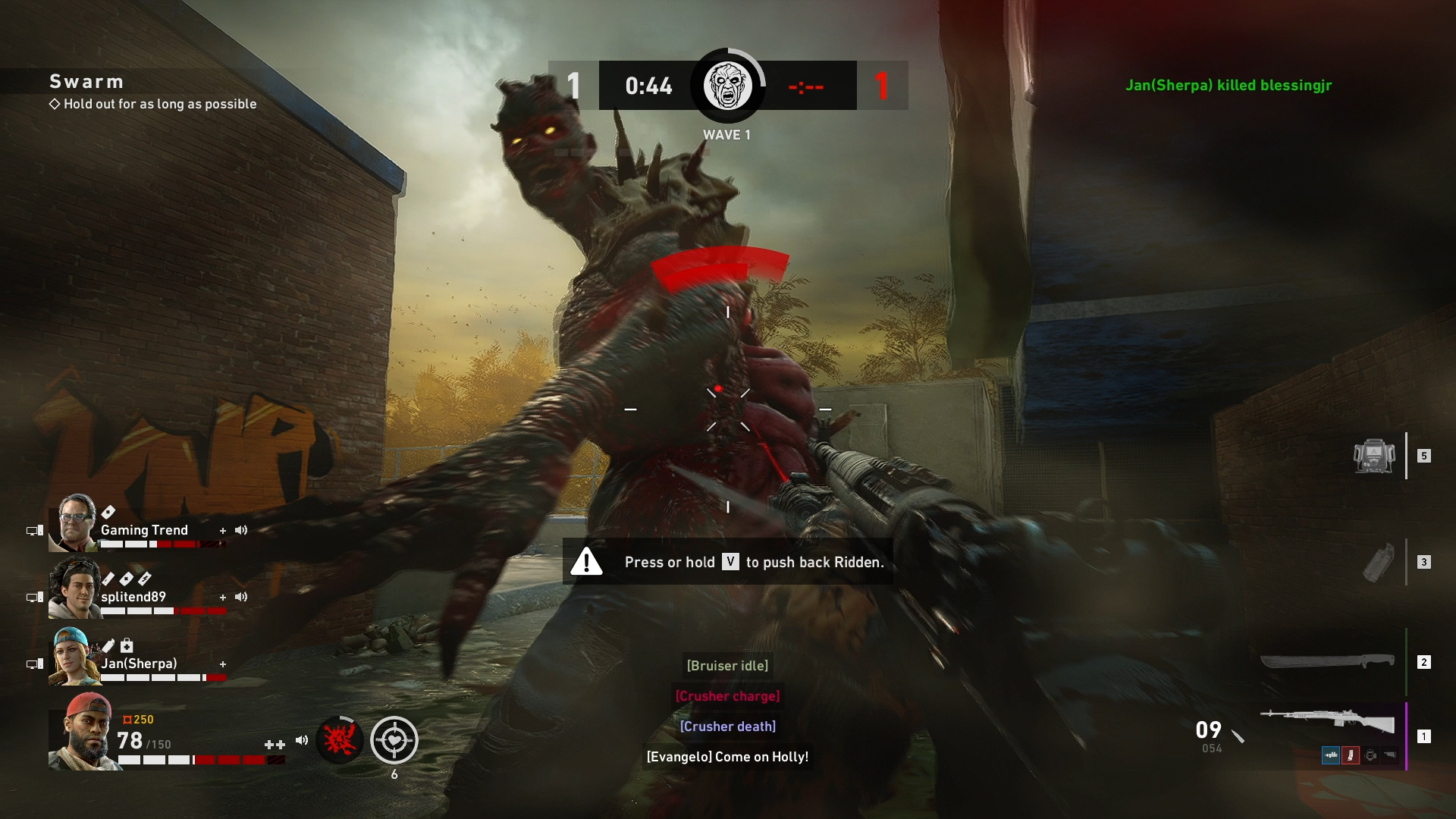 Everything else about the PvP feels amazing. Back 4 Blood continues to feel like a game that’s ready to ship, but it’s not ready to ship, of course. There are bugs, but Turtle Rock is doing an impressive job of making sure their game is ready to go and expertly polished by launch.

Back 4 Blood launches October 12, 2021 on PC, Xbox consoles, PS4 and PS5. Look for our full review right here at GamingTrend.com, and drop by our YouTube channel to watch us put the hurt on the Kinda Funny team over and over and over…