Over the years, game developers have been creating new concepts for games, even meshing two or more genres together in order to make something new. Imagine a combination of tank battles and pong, but instead of trying to get the ball past an opponent into a goal, you’re trying to destroy buildings that occupy their area. This, my friends, is the world of Cannon Arena. Some players may be hesitant at first, but the preview build does a decent job at implementing the core gameplay it boasts.

When first starting Cannon Arena, you only have access to four different tanks; each tank has their own stats for velocity, fire rate, and power. Velocity determines the speed of the shots, the fire rate is how fast you can fire and how fast the shot gauge fills, and power is how much force your shots hit the ball with. After you fire, a small circular gauge begins filling up. You can fire at any point, but the more filled up the gauge is, the stronger your shot will be. Early on, I would try to fire constantly, but I learned that letting the gauge fill up let me launch the ball more successfully. That being said, there have been times when I needed to fire a weaker shot just to protect my buildings. 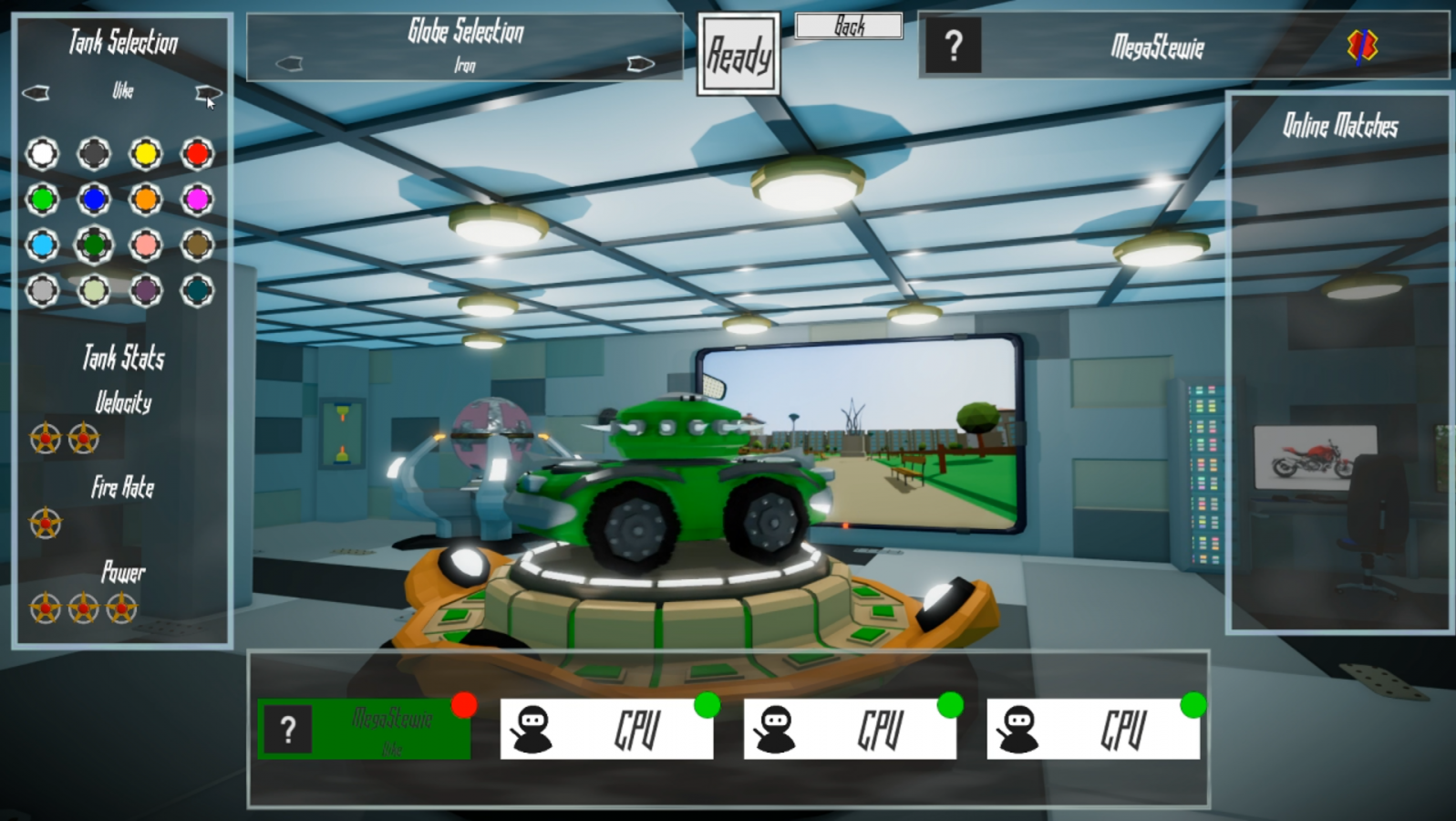 As mentioned before, the gameplay revolves around controlling tanks to shoot a giant ball at your opponents’ buildings. When the ball hits a building, it immediately disappears and whoever shot the ball last gets the point (unless it was the person who lost the building). It makes sense to give the point to the last tank that made contact, but that leads to times where opponents sneak in last minute shots that not only deny you points, but give them points. I’ve had plenty of those moments and they’re frustrating. At the same time, this is inevitable and becomes something to contend with as you play. It doesn’t ruin the enjoyment, but it can put a damper on it at times.

At first, you may think that destroying all of an opponent’s buildings would remove them from the match, but that’s not the case. A short time after being destroyed, buildings will respawn. This allows players to be able to continue to earn as many points as possible within the designated time limit. You can choose between 90, 120, 150, and 180 seconds, so choose whatever time appeals to you. As you can tell, matches don’t last very long, so you can fit in a bunch of matches in a short time. Besides the number of buildings you destroy, the number of buildings you’ve lost is taken into account for your score. This means that defense is just as important as offense. A nice way to keep track of the leader is by whoever has golden crowns surrounding their score. It updates as the match progresses, which I really appreciated. 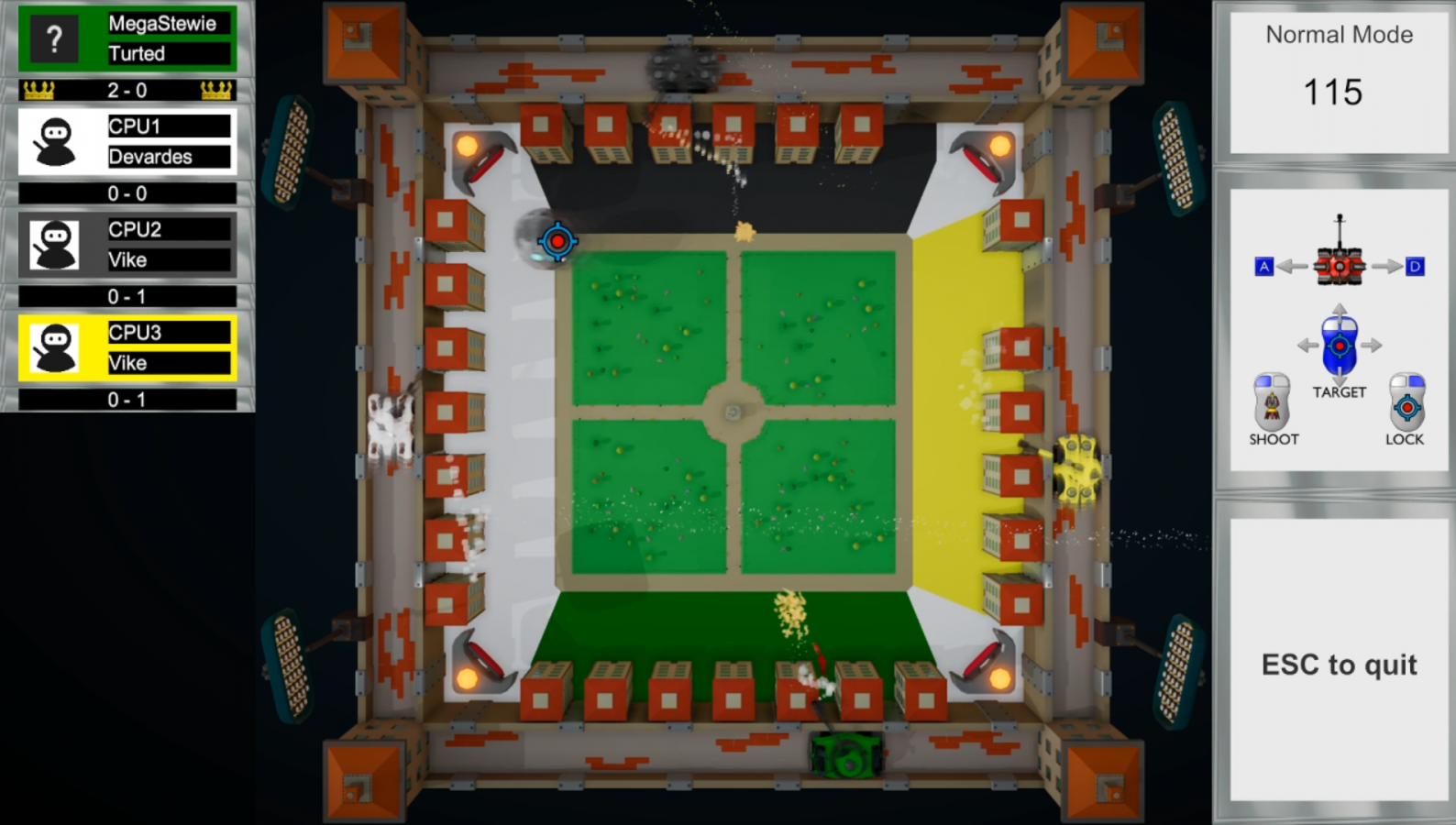 Cannon Arena can be played solo or in online multiplayer with up to seven other players. Playing solo means that you’ll be going up against the AI, and I have to admit that they’re pretty good. As expected, as more opponents get added, the game becomes more difficult. The game’s “campaign” so to speak is just playing matches against AI; you start with a two player match, then a win leads you to a three player match, and so on until you’ve won an eight player match. Completing the “campaign” unlocks two extra tanks, and completing it with either of those unlocked tanks will unlock more. Some of the maps can only be played with a certain amount of players, but there are still some interesting maps available, such as Giza, Moon, and Alcatraz. As for multiplayer, I’ve tried several times to find other people to play with on a few different days, but have had no luck. The game isn’t officially out yet, so that’s a big part of it, but that means that I unfortunately can’t report on how well multiplayer works.

The game’s design is pretty simplistic, but that isn’t a bad thing. It isn’t the most visually appealing game, but it still looks fine. The only sounds come from the tanks moving, the shots fired, and the ball bashing into the buildings. I think some more ambient sound could’ve helped, because the game feels a bit empty with the sounds that it has. Again, not enough to ruin the game, but the game is only a preview build, so more sounds could be added before it officially releases. 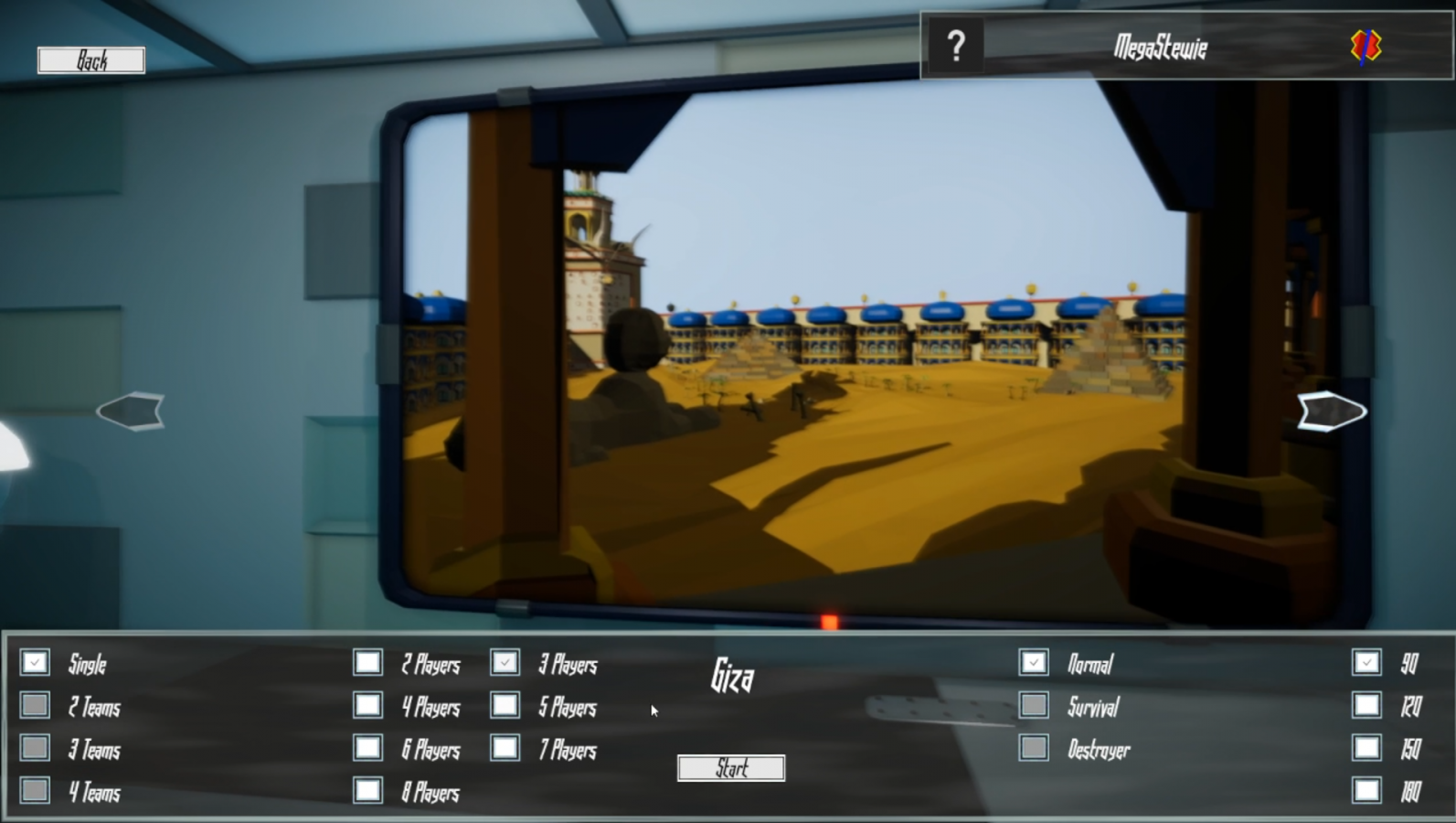 All in all, Cannon Arena is a decent game in its current state, but some additions and tweaks could make it better. The developers have announced on their Steam page that they’re hoping to add team matches to multiplayer, and if enough people play the game, they would like to create more maps, balls, and tanks for players to use. More content would help the game for sure, so hopefully enough people give it a shot in order to let it grow. That being said, Cannon Arena is a nice little tank game with an interesting premise, but you may not want to play for longer than an hour at a time.