The norm of many games is that you kill any violent creatures that you see. RPGs, action games, adventure games, MMOs, and the like follow this pattern typically. Some games even let you capture creatures and tame them to fight by your side, such as Pokemon and Ark: Survival Evolved. Creatures Inc. uses this premise as well, and although it is currently in Early Access, it seems like the foundations of a good game are being set.

When you start, you are required to either host a lobby or join one. When hosting a lobby, there’s a box to check if you want to play alone. I tried to join a lobby, but I unfortunately couldn’t find any available when I played. I ended up hosting an open lobby in case someone wanted to join me. Someone did show up, but they quickly ran off on their own and I never saw them again. I attempted to use the chat function of the game to talk to them, but to no avail.

The game starts you off in the safe zone, which is essentially your starting base. This is where you’ll find a few supplies that you can grab such as the fire axe and barbed wire bat. The safe zone is also home to the shop; this is where you’ll spend money to buy things such as melee weapons, a pistol, a shotgun, medkits, food, and more. Guns are very expensive, so you’ll need to make a lot of money before you can buy any. For example, the taser is $1950 and the shotgun is $2500. On the other hand, a fire axe is only $60 and the barbed wire bat is $100, thus enforcing you to explore the land before you can wield any firepower. When visiting the shop, you’ll see a ton of weapons that look cool but are unfortunately not available yet. For example, there’s the gravity gun and flamethrower. I feel like these weapons would be fun to use, but you’ll have to wait until they are added down the line. Until then, you only have a couple guns to use. 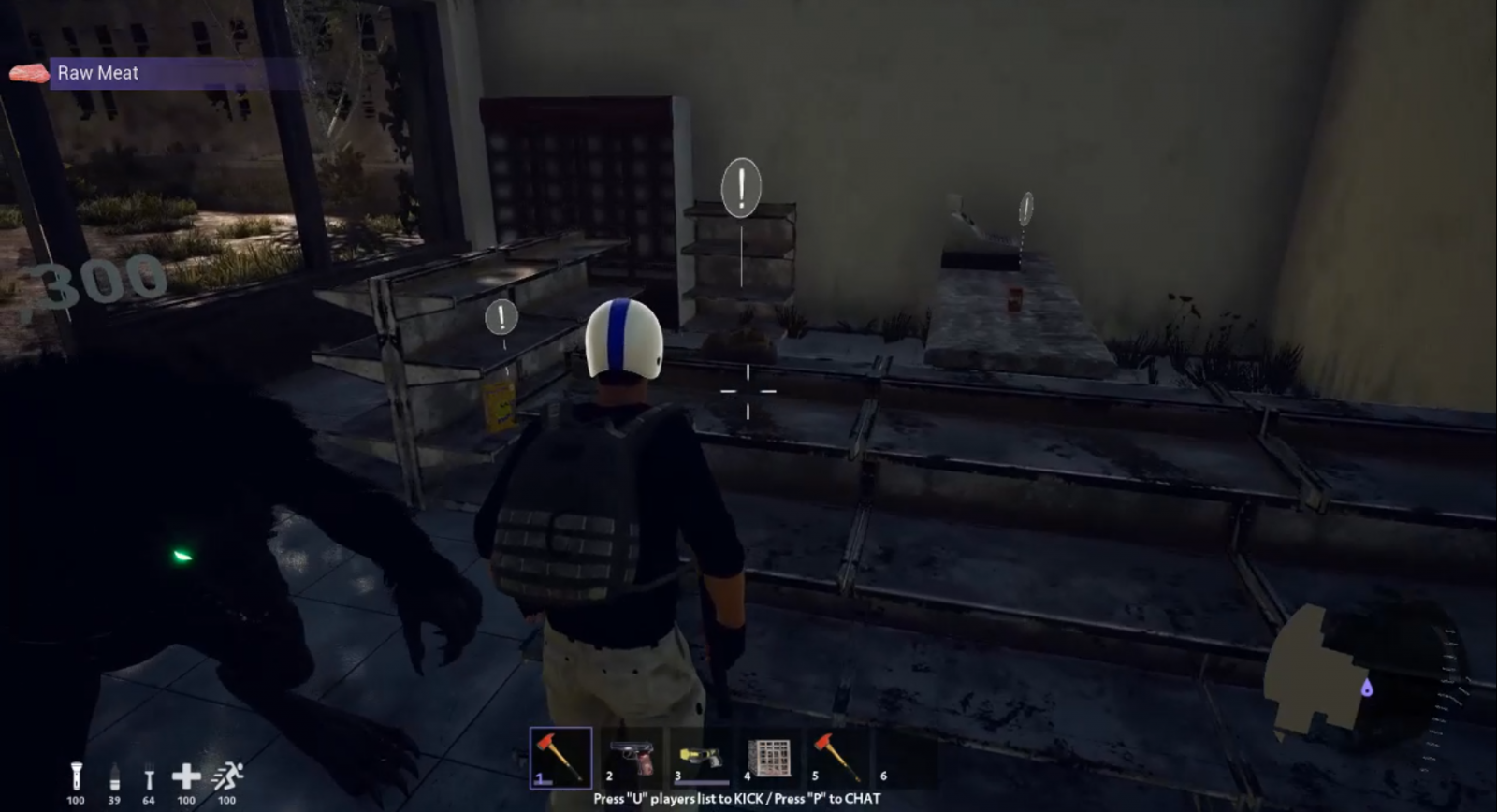 You’re going to need money to spend and you have two ways to earn it : kill monsters and save survivors. Killing monsters is easier than you’d expect as long as you don’t get swarmed. The grey goblin-like creature only takes four or five hits from the axe before it dies. If you happen to find a survivor while exploring, you can interact with them to have them follow you. From there all you have to do is escort them to the safe zone. Again, not hard as long as you don’t get swarmed. Each monster kill and survivor escorted nets you $100. That may not seem like a lot compared to how much you need for some weapons, but it’s meant to coerce you into fighting more. Plus there are some good monster gatherings that can let you make bank quickly. Basically, kills are a much better source of money since you’ll find monsters more frequently than survivors.

Speaking of monsters, there are only a few in the game right now. The most common are grey goblin-like creatures and werewolves. The goblins swipe their claws and occasionally breath fire, while the werewolves swipe and bite. They can be beaten pretty easily as long as you’re paying attention enough to dodge their attacks. That’s clearly a given, but the attacks are all too easy to dodge. In addition to killing them, if you’ve bought a taser and a cage, you can tame them as well. All you need to do is zap your target, use the cage on their downed body, and then they are placed into the cage. After an extremely short time, the taming is complete and you can go to the pause menu to call them to your side. Congratulations, you now have a monster pet! This pet will fight other monsters with you until it dies. Its health is shown above its head, so it’s very easy to see how much danger they’re in. A neat little trick (not sure if it’s intended or not) is that when your pet is low on health, go to the pause menu and call them again. This causes them to respawn with full health. It may seem a bit unfair, but without a way to heal them otherwise, I find it very useful. 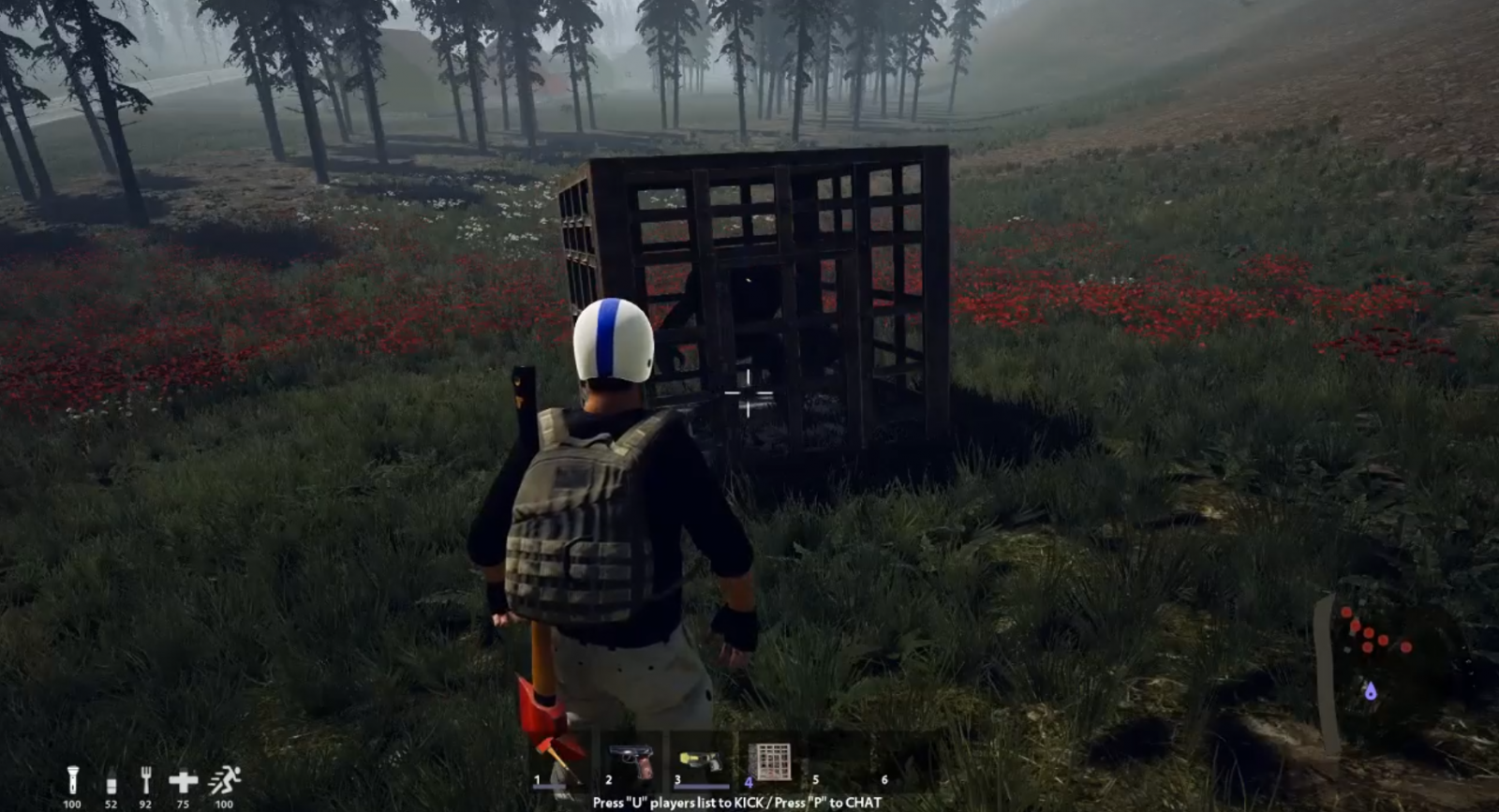 The gameplay itself is fairly smooth, but fighting with melee weapons looks a bit odd. It’s not tough from what I’ve played, which is nice but also a bit disappointing. The sound design makes the world seem emptier as well; you only hear the sounds of your actions and from monsters. There’s no ambient music or anything else really, which can be good or bad depending on what you like.

The world itself is a mixed bag. On one hand, it does a good job of feeling like a vast, empty world. There aren’t many buildings and the ones that exist are a good distance from each other. On the other hand, this means that there’s not a lot to do. You can explore buildings to gather supplies such as food, ammo, and more, wander the environment, and fight monsters. With the lack of monster variety and the mostly empty world, it leaves a lot to be desired. Depending on how much gets added down the line and what changes are made, Creatures Inc. could be fun. In its current state, I wouldn’t recommend picking it up right away. If you want to test it out for yourself, it seems like the foundations of a game that could become a fun monster-centric game.