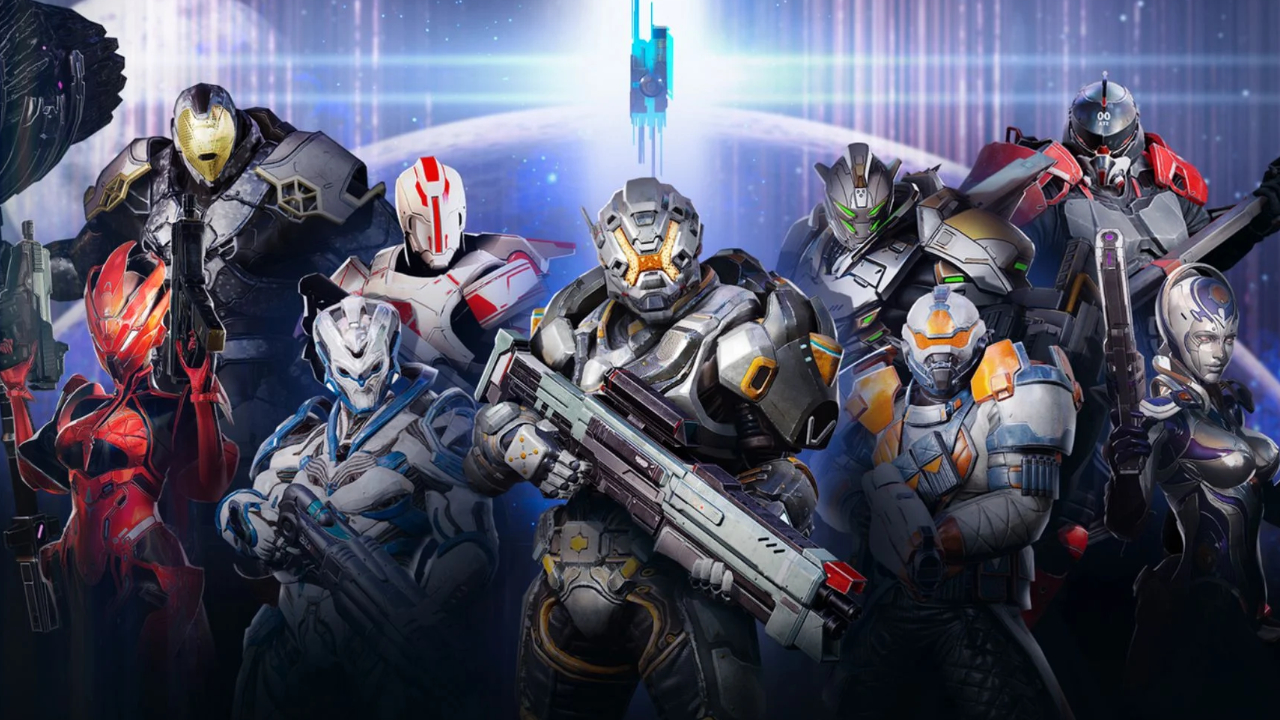 Step into the world of ANVIL and take on the role of a vault breaker! The opening cinematic for the game ANVIL: Vault Breakers conveys that message from the start. From the moment I encountered the cinematic, to the first time I took control of my own vault breaker, I knew there was a game here that had potential.

A.N.V.I.L.(Ancient Vault Investigation Lab) is a company that is on the hunt for vaults to claim the untold treasures inside. Players are welcomed as Vaultbreakers, agents that are in search of these vaults to unlock them and grab a piece of the pie. This is a Rogue-like game from the top down perspective that gives players a multiplayer co-op experience which seems like it is here to stay. I’ve had the pleasure of enjoying hours and hours of gameplay already and can hardly wait to play more. WIth that lets explore the universe within ANVIL.

ANVIL: Vaultbreakers by Action Square opens with a beautiful cinematic that drew me in instantly. All I wanted to do from that moment was play the game that was in the video. The game that sports vibrant colors, detailed graphics, and promising gameplay as seen in the cinematic, was something that appealed to the gamer in me. As soon as the cinematic ends the player is treated to a simple login screen.

When you first get into the game, you are thrown in as Jungler- one of 12 different breakers you can play as in ANVIL. As you enter the main hub you are given a few different spots to view different parts of ANVIL. There are spots for characters, data, toys, and more. Each spot lets you change your character, the character’s skin, starting relics, starting companions, and lastly gives you opportunities to view the lore of the universe. 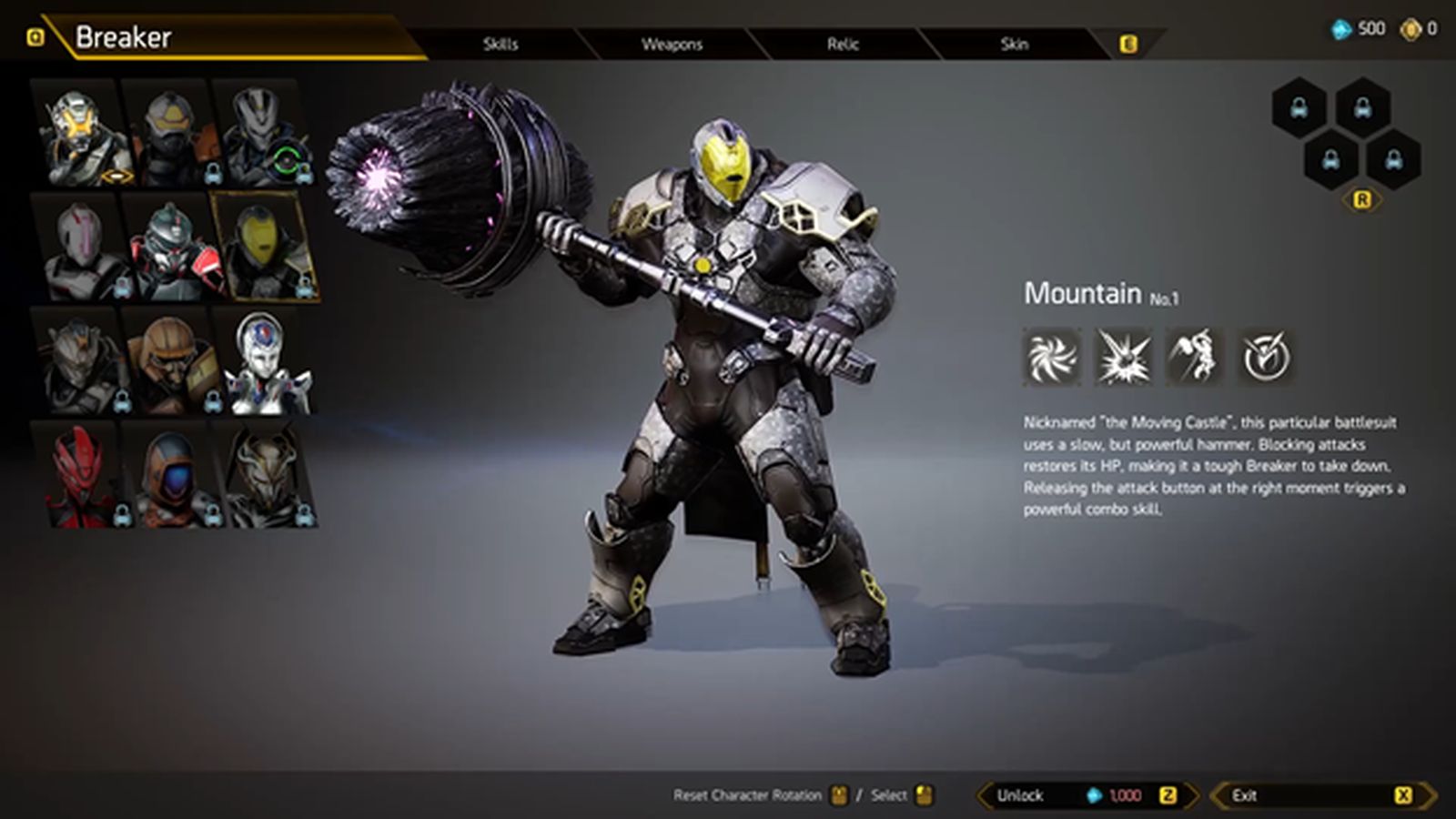 The initial vibe and feel of how characters and everything else is provided feels reminiscent of games like Fortnite and League of Legends. They present characters that players will take control of, they present skins for the players, and show the different skills the characters utilize, and give a view of the weapons each character specializes in.

Once past these screens, diving into the game was relatively simple. I had the choice of opening a friends list and inviting friends who are online to play the game with me, or start a solo game, or ultimately start a matchmaking game with random people who are also online. I chose the option to matchmake as I was the only one playing the game at the time. There are three galaxies to choose from, which function as different missions. Only one was unlocked at the start, with the next two left to be unlocked in order after completing the aforementioned galaxy. 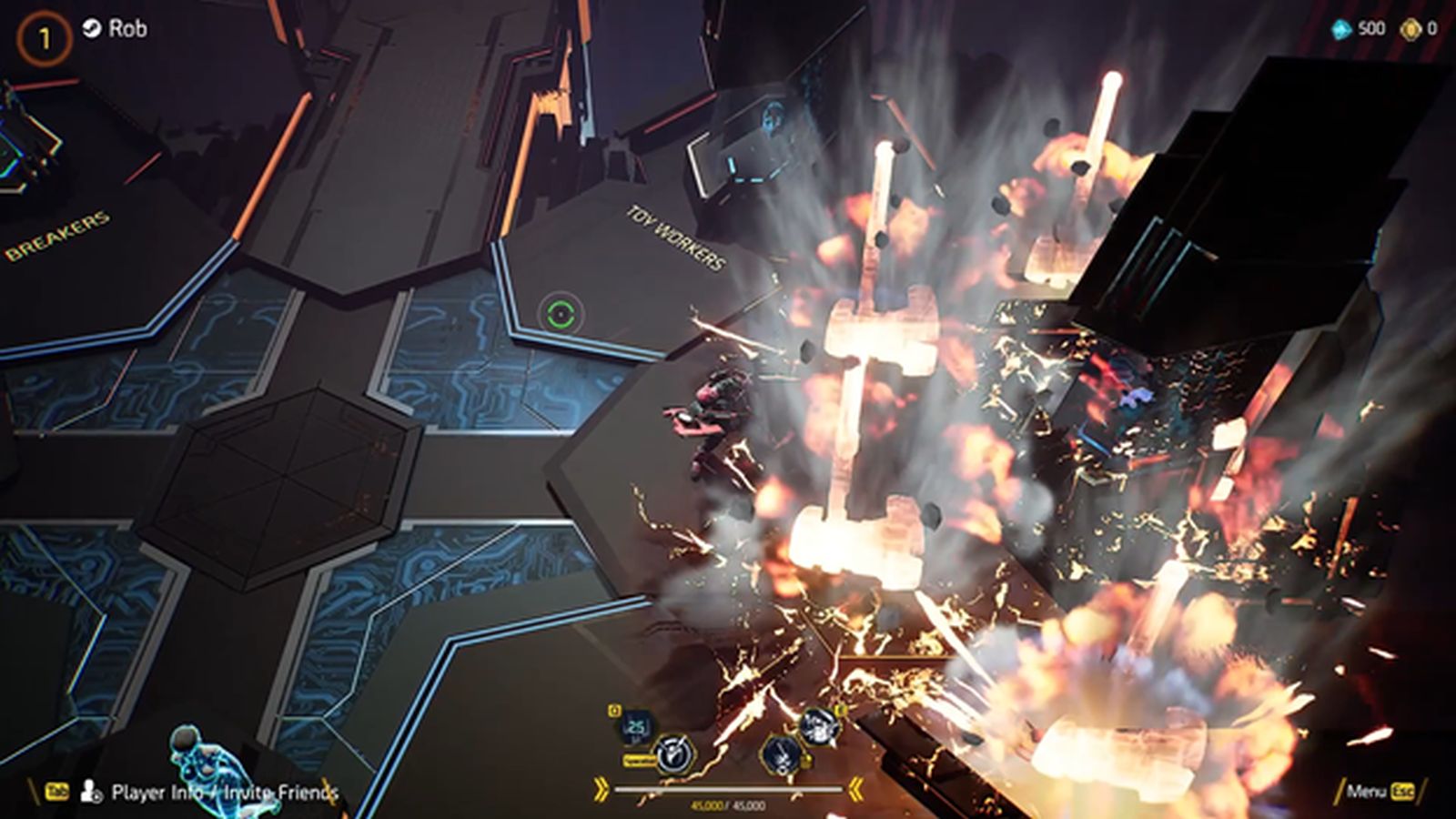 Once in a galaxy, you arrive on a planet either solo or with your fellow breakers. Then you can start shooting things such as enemies, explosive barrels, or even destroyable crates for money. Advancing in levels was not too hard, killing enemies, advancing past locked areas by killing all of the enemies. Throughout the levels are cubes that offer skill upgrades to strengthen your chosen character, most cost, while there are a couple of upgrade cubes that give more significant upgrades for free, typically one a level.

Between multiple levels of fighting hordes of enemies, the game throws in a couple of boss fights to spice things up. Bosses present a significant challenge and fighting them solo can certainly be demanding. And if you don’t like the word demanding, bullet sponge might be more appropriate. Dying against bosses isn’t unheard of and will likely happen to at least one player. This is where the rogue-like elements come in.. Each time you go to a galaxy, you have a total revive count of three. So if you die, you can be revived by your teammates, however this can only happen for the entire team three times. This can present increased difficulty as you go through boss fights. 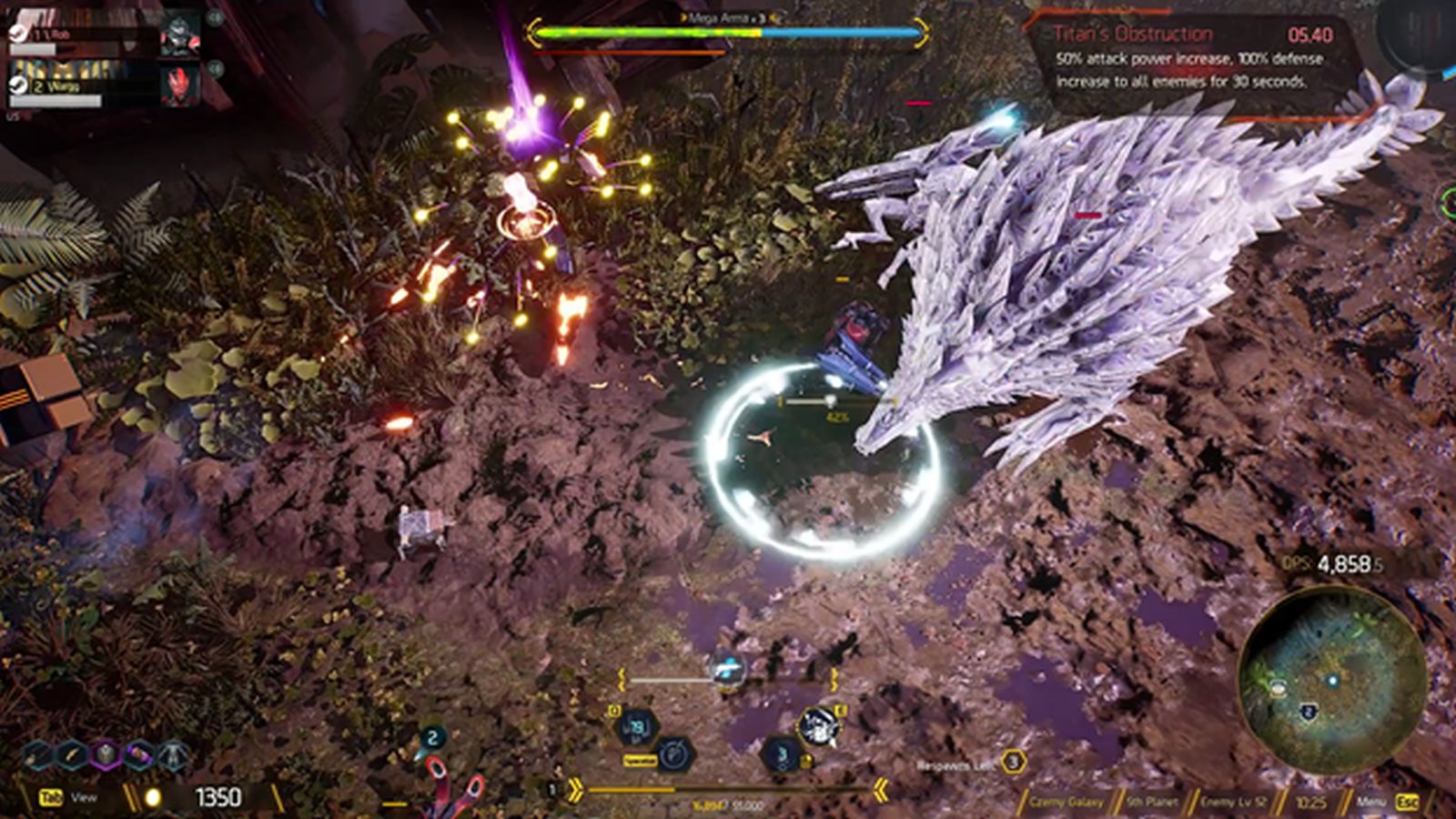 What complicates this process even further is there are many times during a run that enemies increase in strength and number. Normally this didn’t bother me, however it can also occur during boss fights which only serves to complicate things further. Luckily, just before boss fights they give you an option of buying upgrades and even health to go back to full for the fight.

The culmination of the entire run rewards you with experience and potential permanent upgrades to get stronger for future runs. What the developers have also added is what amounts to a season pass not too different from ones in games such as Fortnite. You get experience towards the season pass which grants currency for skill tree upgrades, and currency to unlock the rest of the available breakers to play as.

That being said, you might encounter players of different calibers much like any other game. What makes it a bit different is this game is dependent on teamwork. Without it you will surely die more than you will live. All in all I find myself wanting more people to play with, and wanting more access to different characters. I also find myself hoping and thinking that Action Square has left plenty of room for expanding the universe of ANVIL. More characters, more galaxies, more enemies, more weapons, at the end of the day just more everything.

Getting my hands on this game has felt like someone knew the types of games I enjoyed and dropped ANVIL right into my lap. The many different aspects of the game provided me with what was a rich gaming experience that I’ll remember, and find myself wanting to play with friends instead of just random players. While I might not log on as much as I see myself wanting to, it’s the times that I will log on that I look forward to playing with friends. Between what seems like a solid matchmaking system, and what is sure to be a solid rogue-like game, Action Square seems to have a great game that many, including myself, can look forward to.