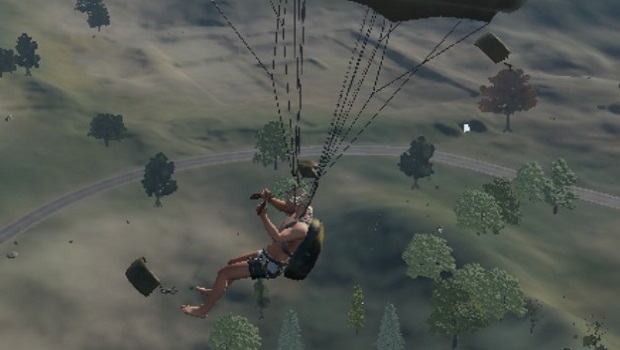 Isolation was once a thing we tried to stay away from. We longed for the companionship of others, the help to overcome difficult tasks. Over time, however, we’ve found that isolation has its advantages. When you’re thrown into an isolated world where everyone you meet is out to kill you, there is a certain rush to hearing footsteps when you thought you were alone. If you should meet the owner of the footsteps, the odds may not ever be in your favor.

Playerunkown’s Battlegrounds, developed and published by Bluehole, Inc, is a battle royale game in Steam’s Early Access. While a great deal of shooters rely on team death matches with respawning for their main mode, Playerunknown’s Battlegrounds offers a battle royale that can be played alone, as a duo, or as a team: up to 120 players together, last man standing. If you’re killed once, you’re out of the game. You do not respawn, you do not get to see who the victor is, do not pass go, do not collect $200.

And that’s the thrill of the experience. When the game starts, you have nothing. You parachute in from an airplane with only the shirt on your back (or nothing, if you prefer) and upon landing, must locate any armor, weapons and ammo before other players either find them or find you. Word of advice, players: don’t bring a fist to a gunfight.

The locations of the equipment are random each game. Sometimes, you’ll drop into a house with two different shirts, work boots, and an unnecessary amount of ammo for a gun you don’t have. Other times, you can find a revolver near a campsite without any ammo. While this does prevent clutter from players racing to the same spots to reach the same equipment as every match, it does put a heavy emphasis on luck.

In one of my matches, I found a S1897 Shotgun. Unfortunately, this shotgun did not have any ammo with it. Fortunately, I did find a 9mm pistol with ammo nearby, so I wasn’t completely helpless. With an itchy trigger finger, I was ready to take on the world. Oh, wait, never mind, someone killed me with a headshot while I was standing out in the open.

Be prepared to die. Be prepared to lose everything. While you have a health bar, it is completely useless if someone can headshot you from across the map. As is tradition with most shooters, a headshot is instant death, unless you have a helmet and can survive the onslaught of bullets to the cranium. In a way, this design choice makes you smarter about how to salvage for equipment. At a campsite, I found body armor, three guns, modifiers (which there are a lot of, such as laser scopes) a grenade and a medkit. While attaching my scope, someone sniped me, presumably from the roof of the building nearby. I will never know how it happened.

And that’s one of the biggest flaws in Playerunknown’s Battlegrounds currently. You will rarely see how you died. As soon as you die, you have one option: return to the main menu. There isn’t an option to jump into a new session; you need to wait for the main menu to load before waiting for the next session to load. As the game is in Early Access, this is forgivable since it can easily be fixed in upcoming patches.

This game does feel like a work-in-progress, however. You can expect occasional bugs to hinder your experience and sometimes cause your death. For some reason, I thought I could jump onto a car moving my way. Instead, I jumped through the car, shaking violently until I was dragged to my death. Car: 1. Me: 0.  You also aren’t as free to move around as you could be. You need to find holes in gates to get to the buildings and you’re not able to climb a wall that is waist height in front of you. These are the kinds of issues that need minor fixes which would create a smoother experience in trying to reach the supplies before your opponents.

What is perhaps the worst part of Playerunknown’s Battlegrounds now is how it is optimized. This is something that will be solved later, but currently if you don’t have a beefy computer, you can be expected to turn your settings to low in order to experience it. The minimum system requirements are a 64-bit operating system,  Intel Core i3-4340 / AMD FX-6300 Processor, nVidia GeForce GTX 660 2GB / AMD Radeon HD 7850 2GB GPU, 6GB Ram, 30GB Hard Drive space and Version 11 of DirectX. The first time I loaded the game up, it took me five minutes for the game to load before learning that I had died two minutes prior. When I finally loaded the game, I  felt the thrill of a battle royale.

Dying always sucks, but knowing that one death is the end of the match is part of the thrill. As you play, the area where you can explore becomes more restricted. The borders of the game close in. Players are forced to move closer to each other. This prevents the game from becoming a long and drawn out version of mutual hide-and-seek. Finding a player can be terrifying. Do you have enough equipment to take them on? Are you confident in your abilities? Do you want to wait out the encounter and save your ammo for the last stand? There are many ways you can approach each situation, and that’s where this game shines.

Currently, Playerunknown’s Battlegrounds is a battle royale that has many kinks that it is still working out. Over time, the game will be a fun diversion with plenty of excellent “last stand” moments in the genre. While the game needs to be optimized and bugs need to be sorted out, it’s fun in short bursts. It’s available on Steam Early Access for $29.99, but I recommend waiting for the game to be optimized and some of the kinks to be worked out before parachuting in. At the moment, having only a single mode and a single map, playing repeatedly can get old. For this reason, the game does not have enough content to justify the steep price point.