Age of Comics: The Golden Years, from Lirius Games, is a worker placement game which paints players as competing comic book publishing companies during the height of the comic golden age! Players head hunt talent, play the market, and generate original ideas, all in the pursuit of earning the most fans. 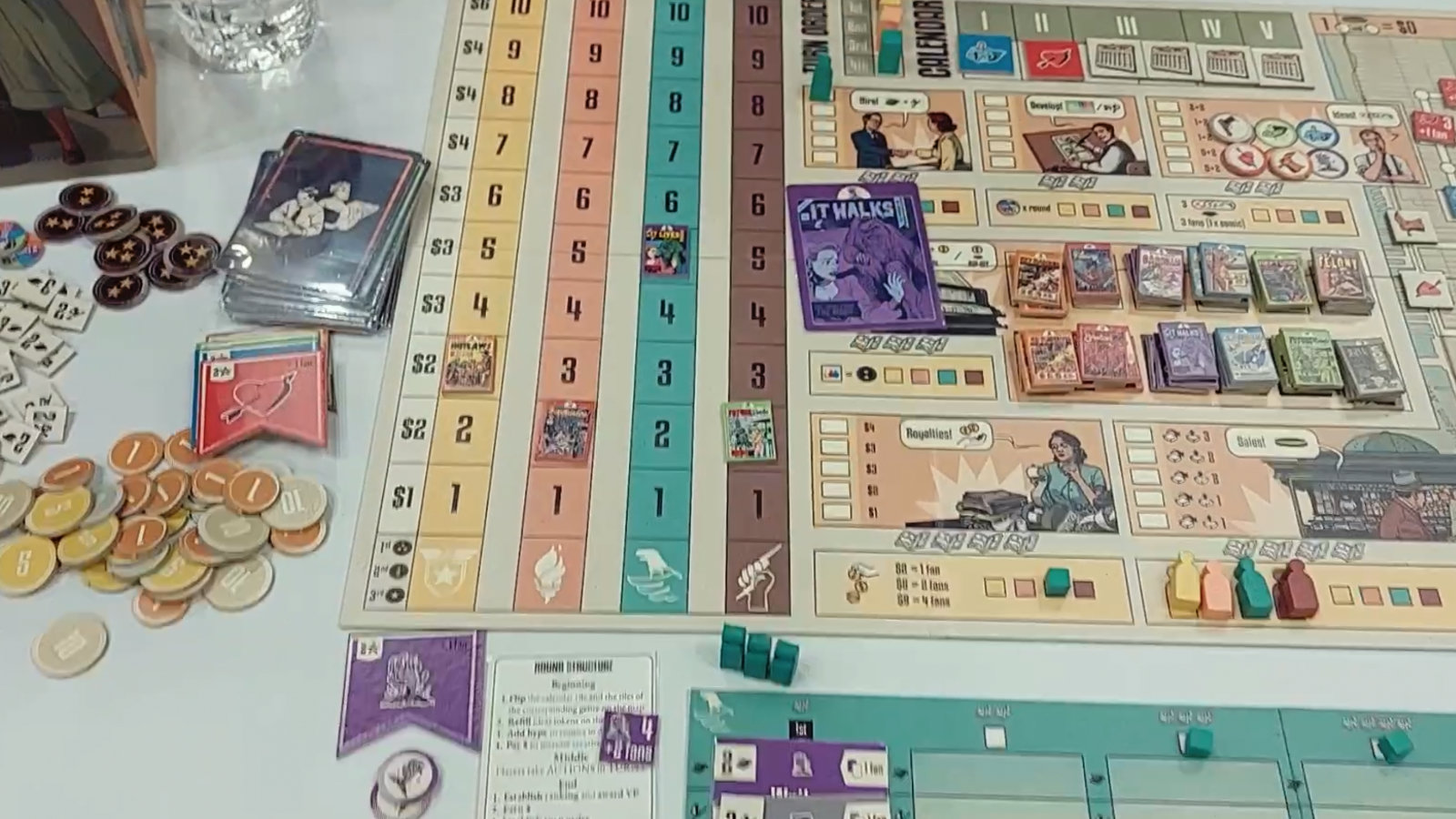 The first of six actions players have to accomplish this end is sales where players send workers to scour the news stands and sleuth what the people crave. No better way to accrue fans than to give them what they want. Next is hiring writers and artists. Both have proficiencies for certain genres so players should plan ahead to match the right team with the right genre. Third is to create ideas in which players collect idea tokens required to generate new genres. With a team and a concept, players can take the fourth action, develop, to develop a new title. The fifth action is printing, plain and simple, and the final action is for collecting royalties.

Few contests are more demanding than popularity and fame. In Age of Comics, players must act with expediency if they want to succeed. Each round, players will lose a fan and must fight to stay relevant. Additionally, players who publish a genre first will receive that genre’s mastery bonus and earn more fans, but opponents can steal their mastery bonus if they publish more comics in that genre.

As players expand their publishing house and accrue fans they can enhance their actions, earn more workers, and upgrade their writers and artists. If players are in a pinch and need to publish a comic now but don’t have the right idea tokens, they can always print a rip-off. This mechanic is my favorite from what I saw, and coaxed an audible chuckle from me during our presentation. The comics are represented by little cover-page tiles and each comic has a discolored rip-off version as well. Chefs kiss.

Age of Comics: The Golden Years left both Mike and I asking, “How has this not been a board game yet?” Now we’re both stoked to know there soon will be! Not only that, but Lirius Games seems to have done a great take on the concept as well. This September, Age of Comics will arrive on Kickstarter, and we’re looking forward to the day.