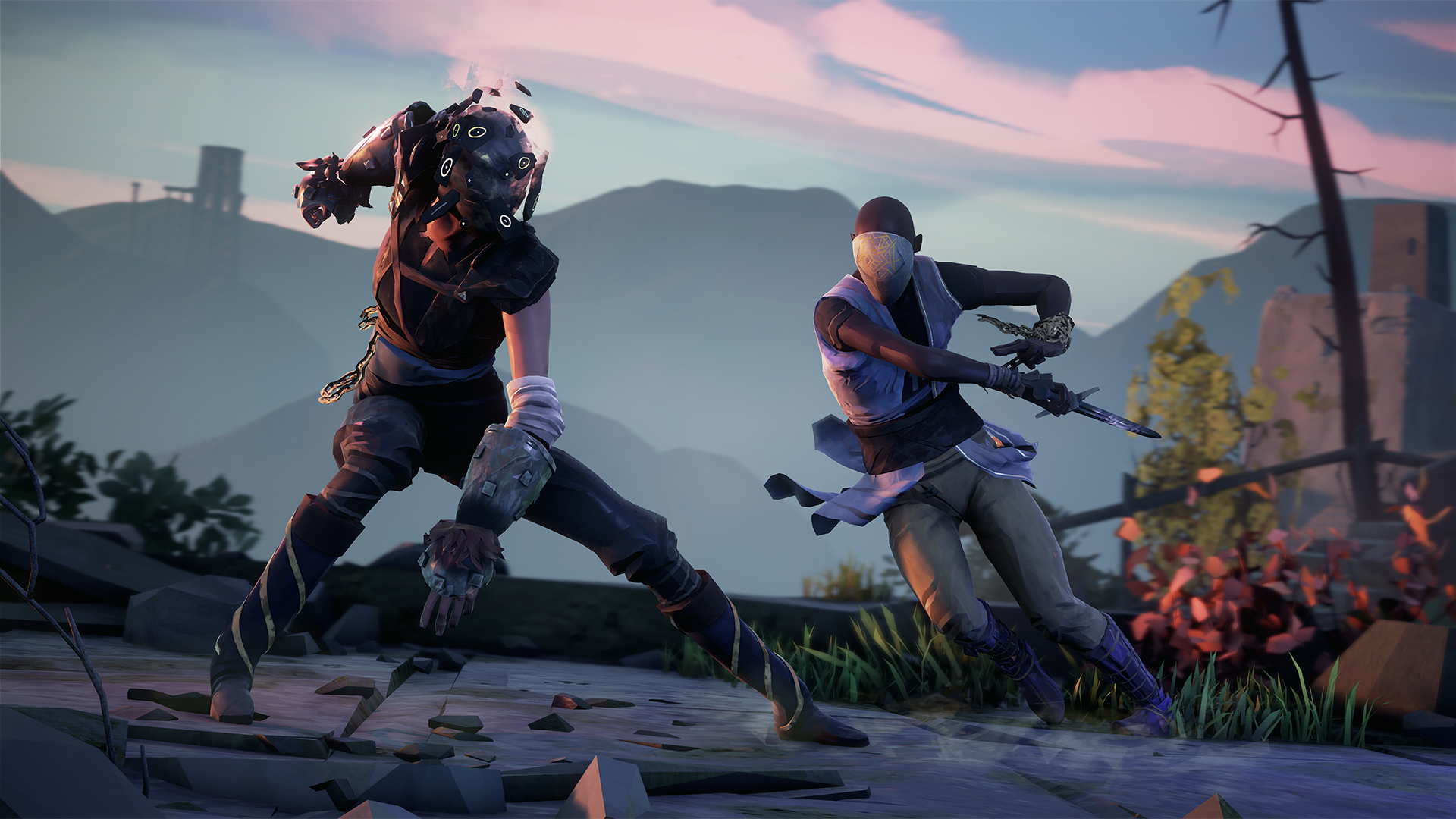 I spent some time with developer Sloclap’s online melee brawler at PlayStation Experience last week, and what I found was a PvP/PvE game with tight, responsive gameplay washed in gorgeous aesthetic.

Absolver takes place in the ruins of a fallen empire where you take on the role of a Prospect — someone who wants to join the combative peace-keeping force known as the Absolvers. As you traverse the world, you’ll use varied melee combat to defeat the enemies you come across.

Expect 3-on-3 melee battles when Absolver launches next year.

The premise of the game is pretty simple, but combat is far from. It’s hard to speak to the difficulty since we only had a short time with the game, but my early impression is that there’s a steep learning curve here. In combat, there are three different stances that you can switch between, and each one alters the area on your opponent that you’re targeting. Combined with short and quick dashing abilities, a feint mechanic, blocking, and both light and heavy attacks, combat felt deep and varied, and to succeed required me to adapt my own combat style based on my opponent’s.

What’s more, you can customize your Prospect’s move set in the game’s menu. You start by choosing the stance you wish to alter, and from there, you can substitute different types of strikes into that stance’s string of attacks. Ostensibly, you can craft four unique stances adapted for different enemy combat styles.

These encounters will feel instantly familiar to those who’ve played the PvP mode in Dark Souls, but Absolver feels less like a brawl and more like a dance. In Dark Souls, you can win fights with successfully timed rolls and button-mashing the attack button, but in Absolver, you have to pay close attention to the nuances of your opponent. What stance are they in? Are their attacks aiming high or low? Are they striking to my left side or right side?

When you consider that weapons and armor (and as we’ve seen in the above trailer, perhaps magic?) are also added into this melee melting pot, you have a fighting game that is both accessible and complex, with a buffet of varied combat options.

There’s something to be said about the world that these encounters exist in, as well. Absolver’s art direction is reminiscent of recent games such as The Witness or Bound, both of which were praised for their highly stylized aesthetic, and while playing Absolver, I was drawn in by tall, dilapidated ruins and a sweeping desert vista.

A lot of Absolver’s story is conveyed through the game’s beautiful environments, but I anticipate that the real stories will come from the interactions you have with players who seamlessly inhabit your world. There are dedicated PvP and PvE areas in the game, but according to Sloclap, you may cross paths with other players in the main game with whom you can battle, trade, or befriend. In my demo, I played a few rounds of one-on-one PvP, and while, admittedly, I got creamed by the other players every round, I was floored by the tight, responsive controls.

There was no lag between pressing a button and striking my opponent — in fact, the accuracy required to land a successful parry, strike or dodge made me feel unusually empowered as a player.

Of the many games I played at PSX last week, Absolver left one of the greatest lasting impressions on me. Its one-of-a-kind melee combat was fun, yet challenging and deeply customizable, and if you’re into PvP games even a little bit, this is one to keep your eyes on.

Absolver is expected to launch in Q1 2017. For more, check out the new gameplay trailer and read editor Luscious Barnes’ own impressions.