If you like games such as Stardew Valley, and Animal Crossing, you’re in for a real treat with Kitaria Fables, which launches on Steam on September 2nd 2021. Kitaria Fables is an adorable addition to the RPG genre, with action-adventure, spell crafting, armor crafting, dungeon crawling, and farming. I got to check out a preview this week, and thoroughly enjoyed my time in the world of Kitaria. 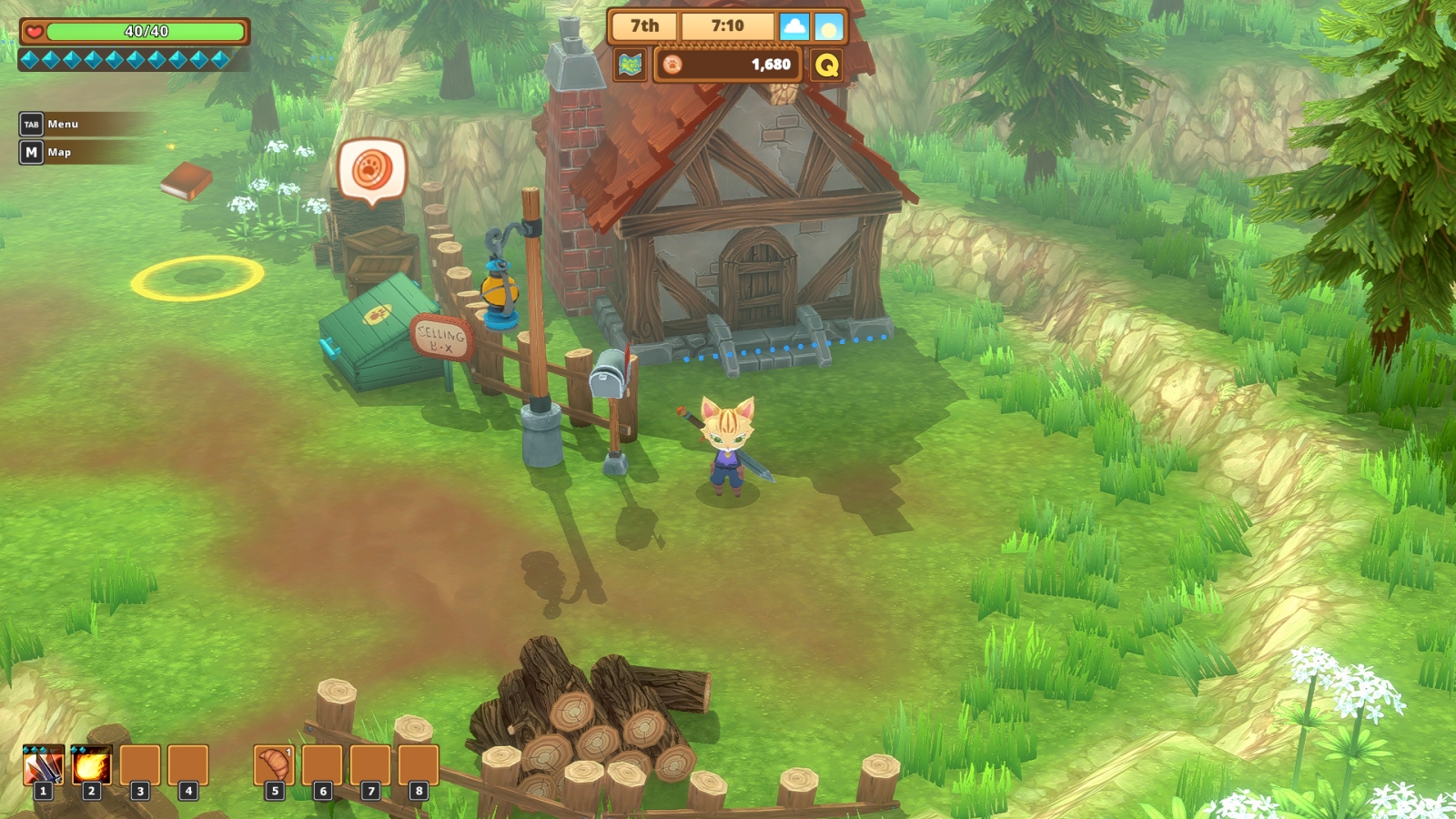 Staring my day in Paw Village, outside my newly acquired cabin.

You are Nyanza (or Nyan for short), a brave adventurer sent by The Empire to protect Paw Village from the darkness and dangers that the world thought were long gone. As fate would have it, your grandfather left his cabin to you which lies within the village, and before long you’re on an adventure to help out your friends and neighbors.

Kitaria Fables started me out with some basic quests to get familiar with combat and how merchants work. The typical “go here and collect 10 bee stingers” quests abound, but you’ll get a bigger quest to explore a dungeon before too long. The game suggests playing with a controller, and it’s obviously set up for one, but I have had no issues playing on a keyboard. 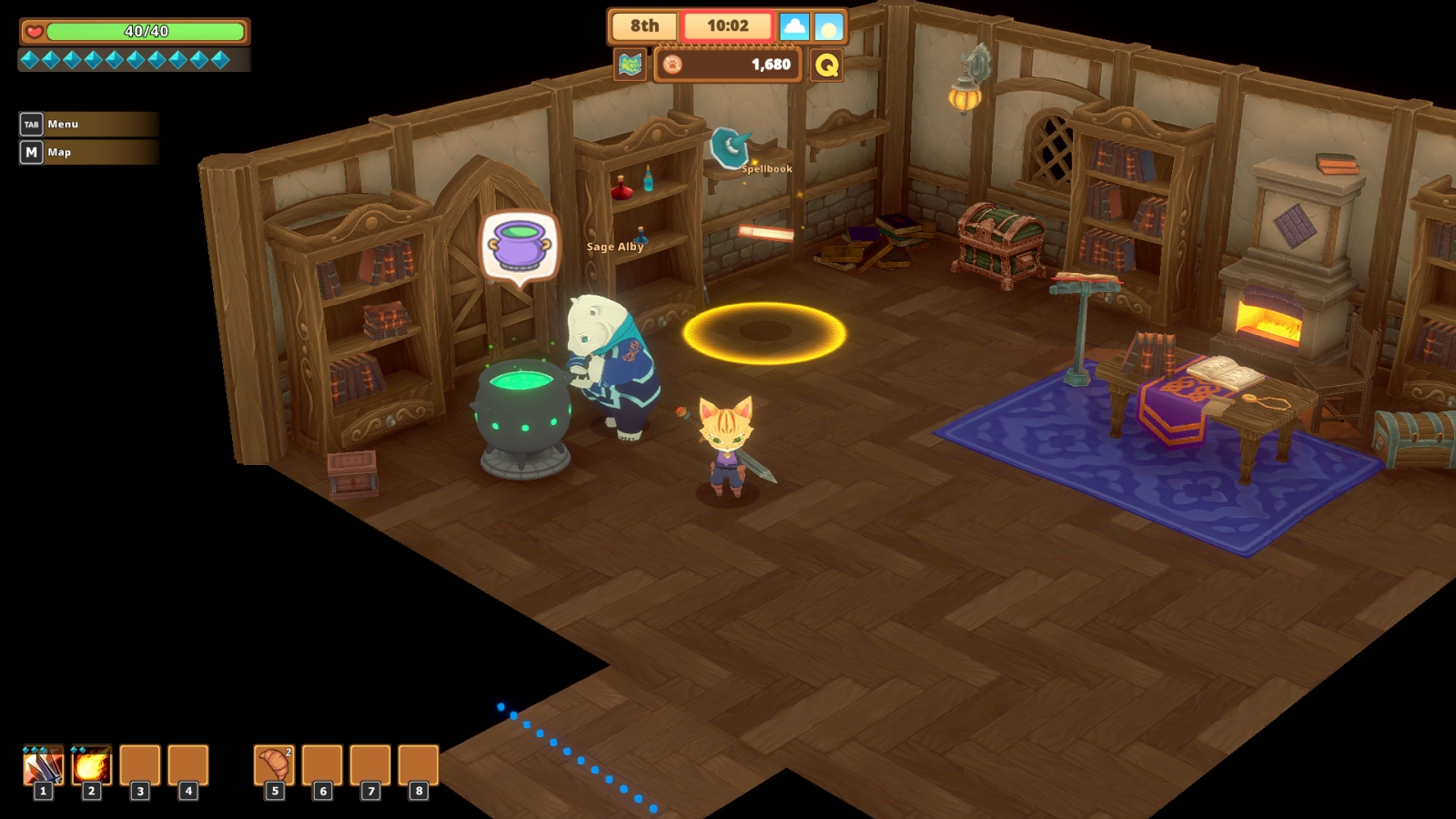 Chilling out with Sage Alby, who has much to teach.

The grumpy town Sage keys Nyan in on the fact that his grandfather was a spell caster, and he has left his book of spells behind for Nyan to read. Apparently spell casters were considered evil back in the day, so for now I am trying to gather up some resources to make new spells while keeping things on the downlow. Combat isn’t anything groundbreaking so far, it’s mostly hack and slash, dodge, and cast a fireball here and there. You can progress Nyan any way you want, as Kitaria Fables is a classless game in which you can build his arsenal any way you choose, which is nice. I have a feeling once I unlock more abilities, combat will start to become more challenging, and I look forward to it! 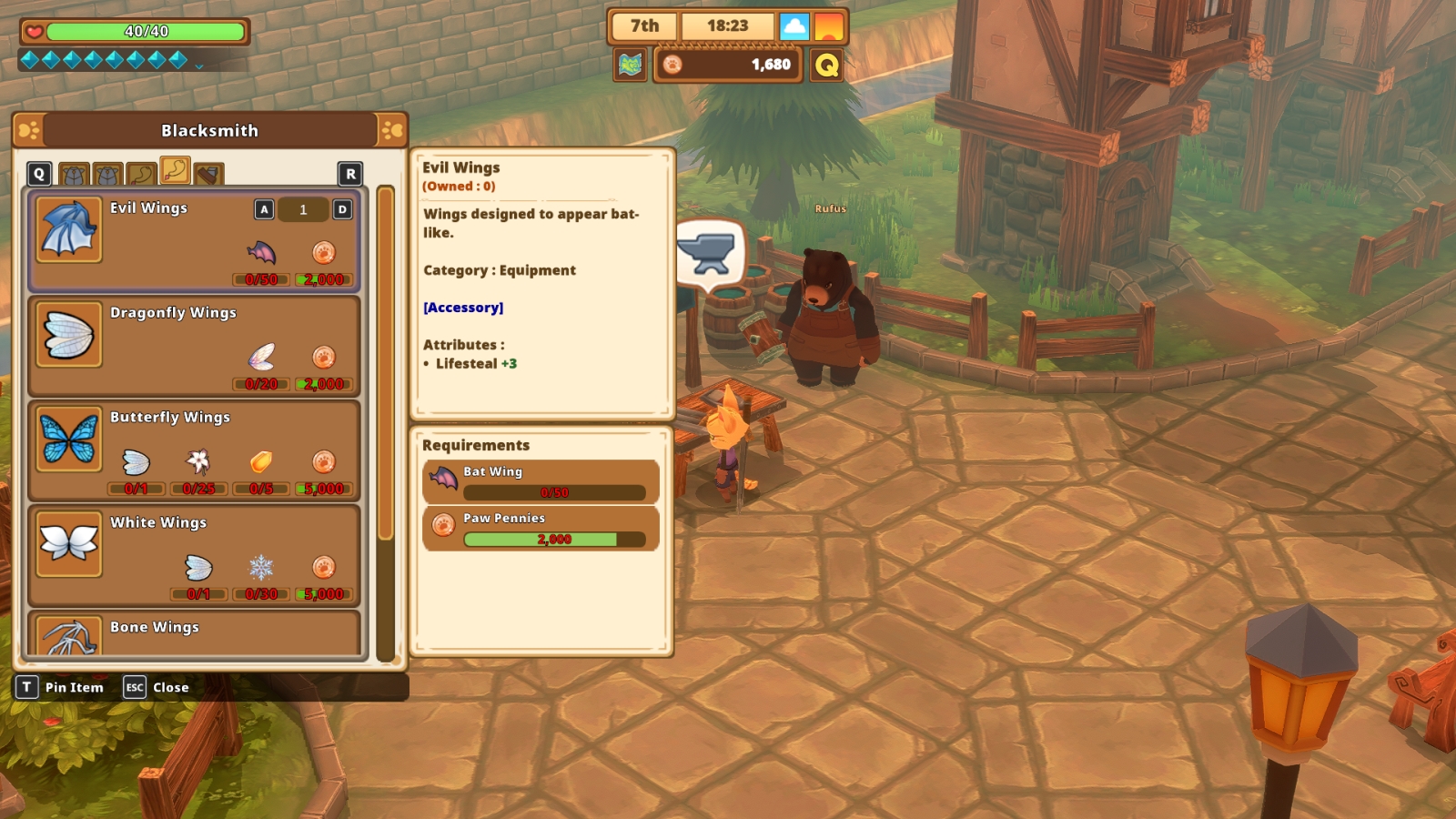 You better believe I am going for those Butterfly Wings ASAP!

Paw Village has a town square where Nyan’s neighbors set up shop during the daytime hours, and after a few mindless tasks, I can now farm, and craft myself some armor. Most of the upgrades take a bit of coin and materials, so I really have not gotten anything super useful yet, but I did find a trader in a nearby town that sells adorable hats and cosmetic back pieces such as butterfly wings. I’ll definitely be on the hunt for those items, as I am a sucker for cosmetics in games. Speaking of which, you can also change Nyan’s appearance inside his house in the mirror. 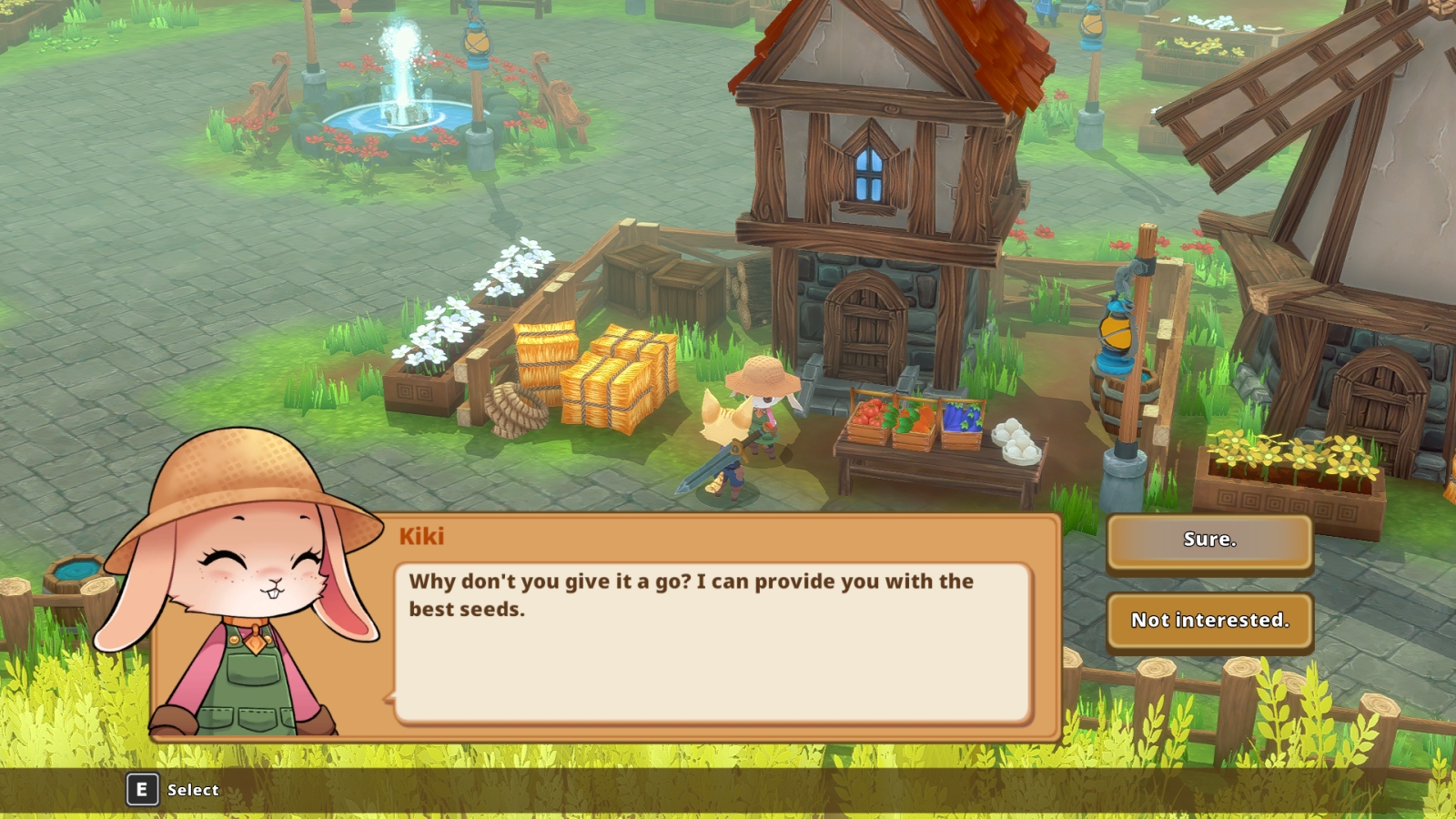 The village farmer, Kiki (which also happens to be my dogs name). The NPC’s in Kitaria Fables are SO CUTE!

The general look and feel of Kitaria Fables is very cheerful, and cute. The graphics and artstyle are a step up (in my opinion) from its competitors. The music is upbeat while adventuring and fits the narrative when dungeon crawling. The NPC’s are simply adorable, very well done, and if the devs don’t market some of these guys as plushies they are missing out on an opportunity! (Hint, I’d totally buy them!)

Inventory is already a nuisance, and I am actively searching for a way to upgrade my bags as soon as possible. Inventory management is one thing that is an absolute turn off for me in games, but thankfully this is the only thing I could find to gripe about.

Kitaria Fables is a welcome addition to the genre, and I am looking forward to exploring the map more and unlocking more spells and weapons. I had a great time previewing the game, and will absolutely come back for more. If you’re looking for a cute, relaxing game to play, add this one to your Wishlist.