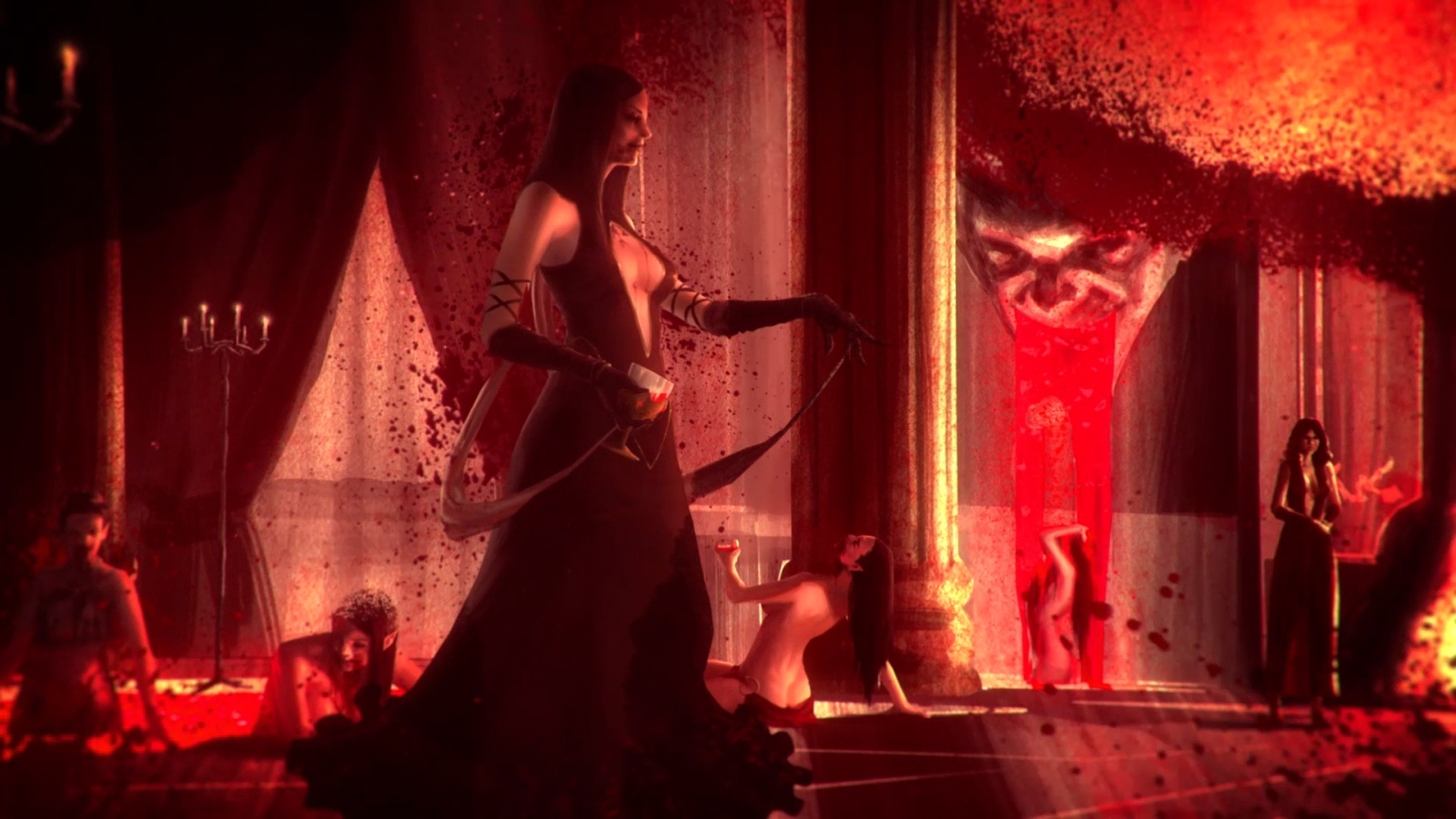 I got the chance to sink my teeth into Kalypso’s upcoming title, Immortal Realms: Vampire Wars this week. It’s a dark and bloody turn-based strategy game, with the addition of card-game elements. I’ll have to admit, this isn’t my genre, but I certainly had a blast playing my way through the tutorial and the first mission in the campaign.

The campaign starts out with a cutscene featuring Vlad and Cecilia Dracul overlooking an uprising from the humans in the village below. Cecilia offered to take care of the situation, and with a small starter army, I was off to confront them. The first mission didn’t seem too confusing for someone unfamiliar with turn-based strategy games like myself. Your goal is to reach the human village, and recruit for your army along the way. They took out some of the more complicated elements that I saw in the tutorial, so it was fairly straight forward. 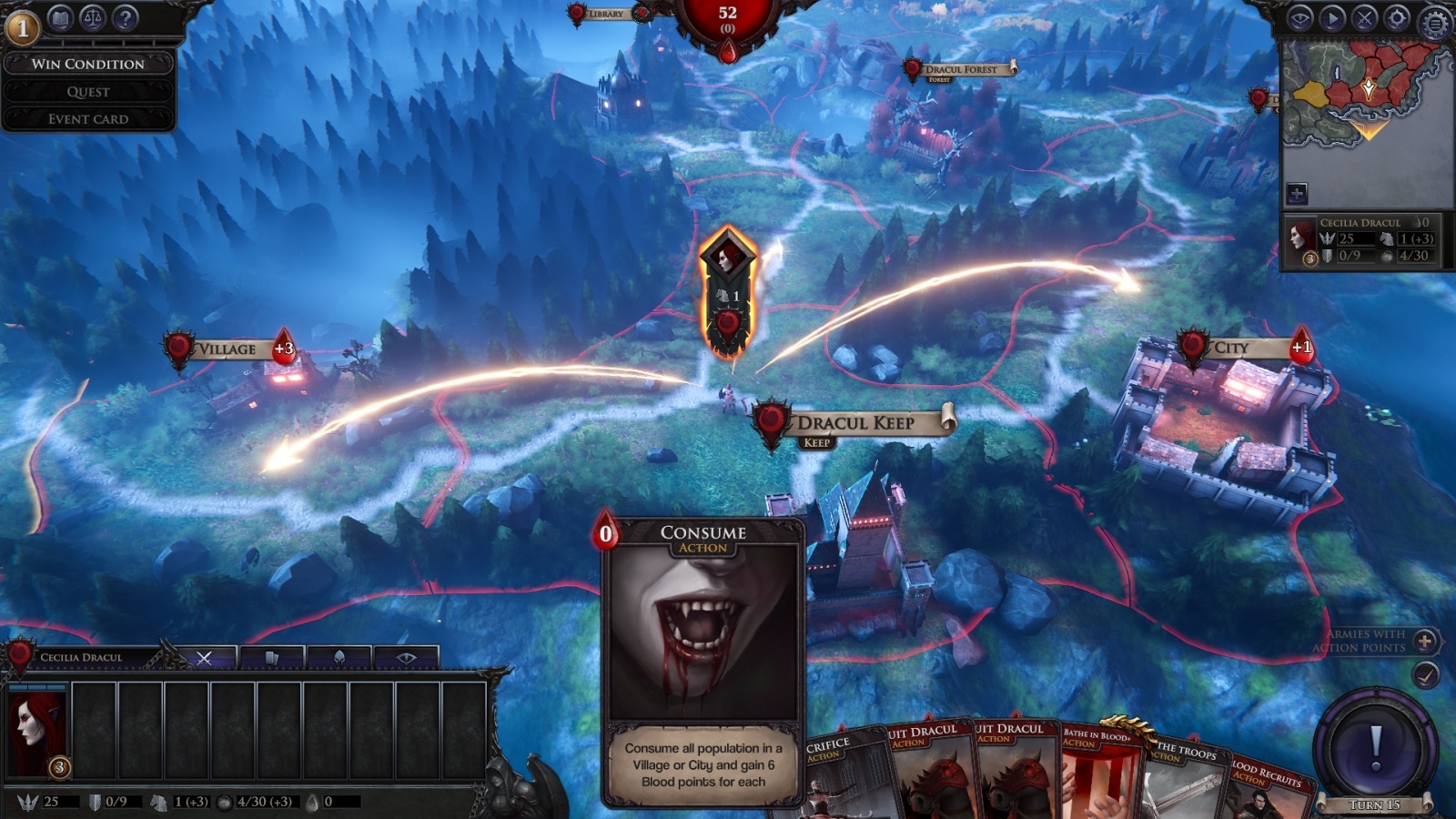 A glance at the map and card actions you can take. This is taken from the first campaign in the mission.

You only have so many actions you can perform per turn, with some of the choices being to move, to recruit for your army, feed to regenerate your blood, gain an extra card from the library, or gain a buff for your army at the Wishing Stone. 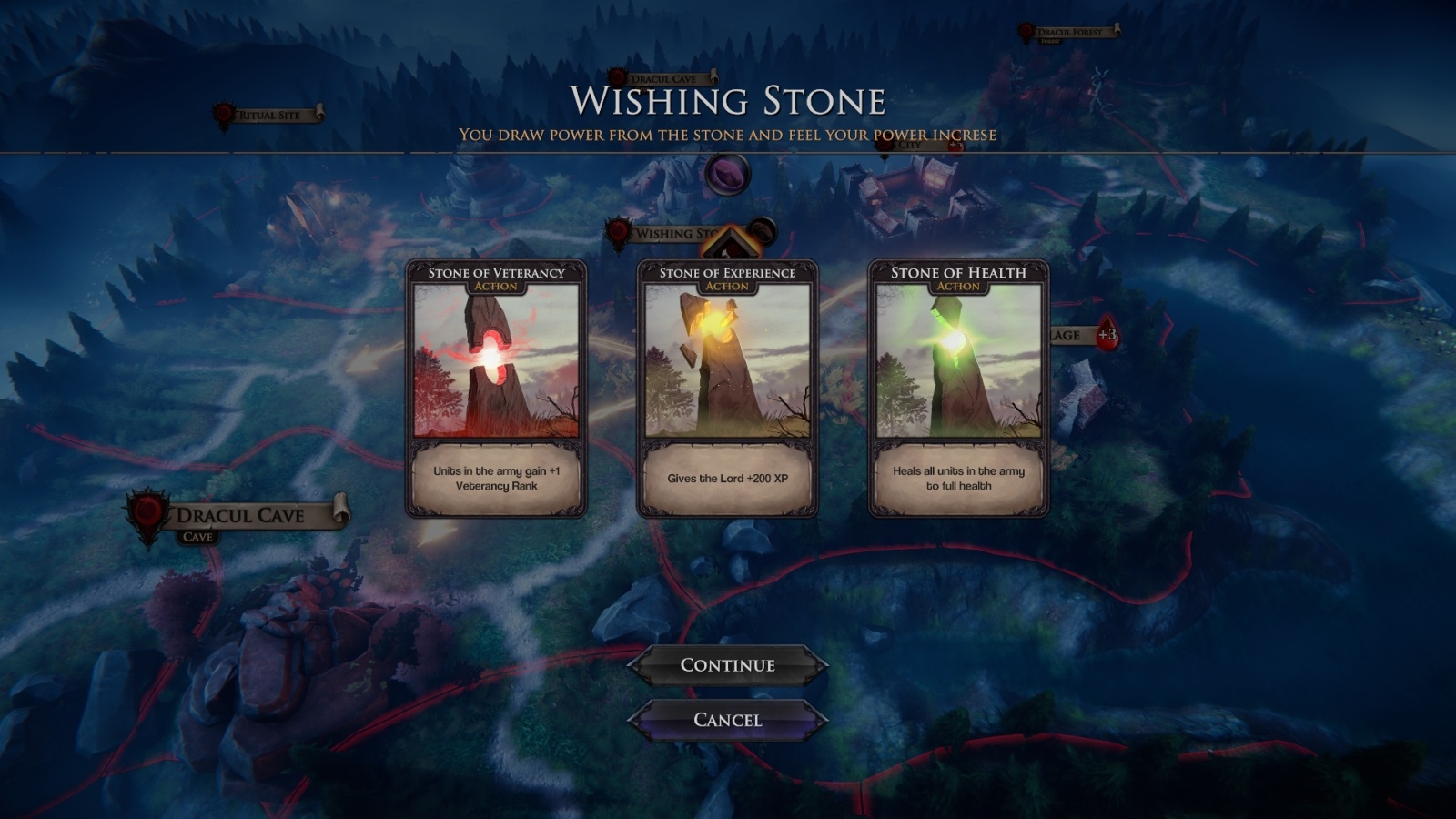 Buff choices from the Wishing Stone

The cards have been a lot of fun so far. They let you do a variety of things such as recruit troops for your army, consume a village to get blood back, gain experience and mana, and much more. You’ll also have the option to trade cards in for new ones from time to time.

Your Lord, which leads your troops, also has specific cards that are unique to them. In the tutorial I had several Lords and troops, but in the first campaign mission I just had Cecilia. As you level her up, you can boost your unique card abilities to become more powerful. 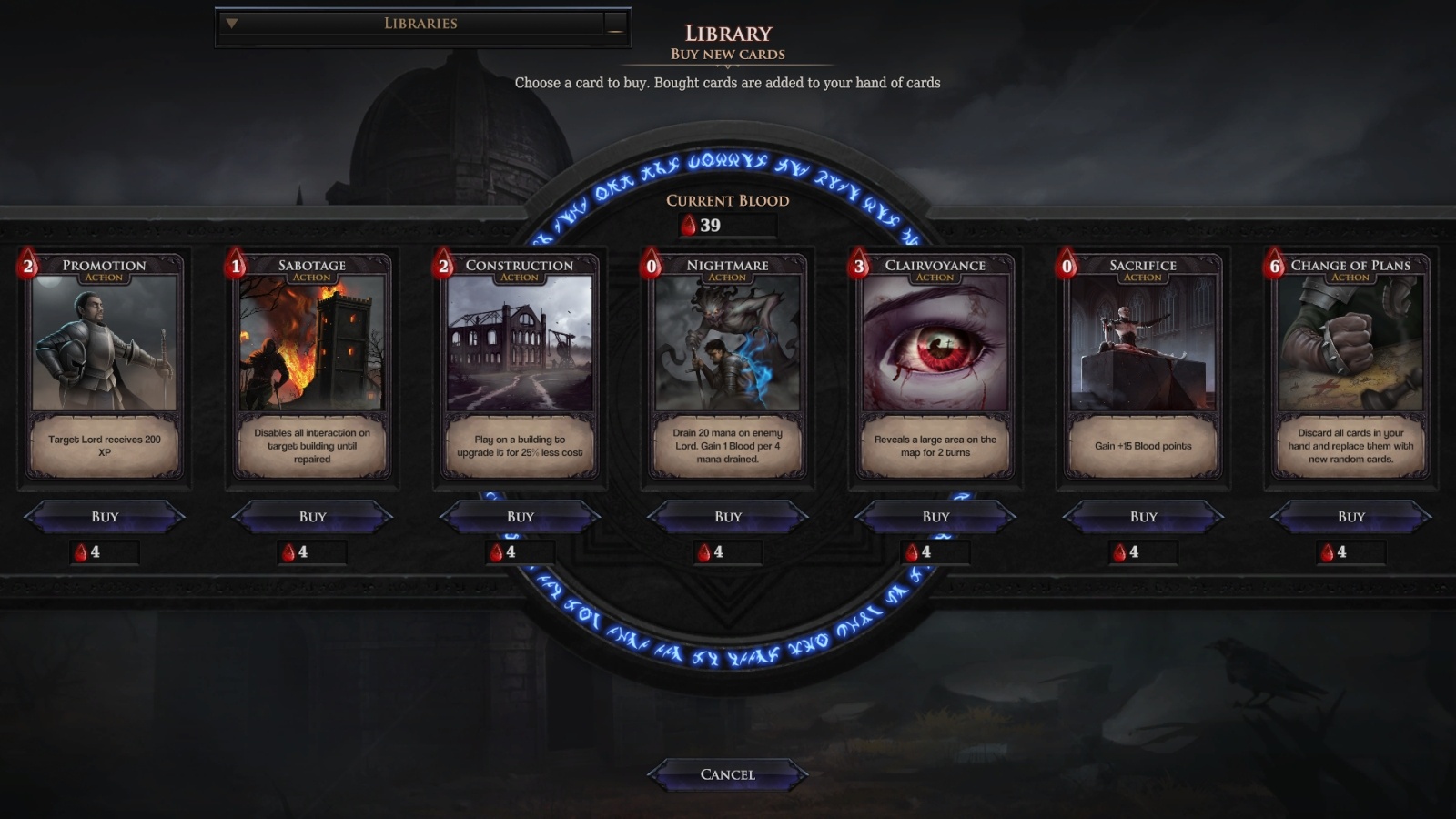 Various card choices from the Library.

Battling seemed fun and not overly complicated early on. From my light experience with games in this genre, it was very typical. Move each unit to a square, and perform your attack. Each Lord has specific requirements they need to meet to gain powerful buffs or attacks as the battle progresses. I had no trouble at all finishing off the three fights in the first campaign. The last one at the human village was quite fun.

I really only found two small things that bugged me. Having to re-click on your troop each time after ending your turn, and the map moving when I hovered over cards from time to time. These are more nit-picky small things, and certainly nothing game breaking. From what I have seen so far, the game is very well polished and runs smoothly.

Though Immortal Realms is still in beta, I was eager to continue on with the campaign and will definitely be playing more over the weekend. Overall, this game has won me over, and I can’t wait to see more of it. It’s currently slated for release on August 28th, 2020. You can find more information on Steam: Immortal Realms: Vampire Wars.