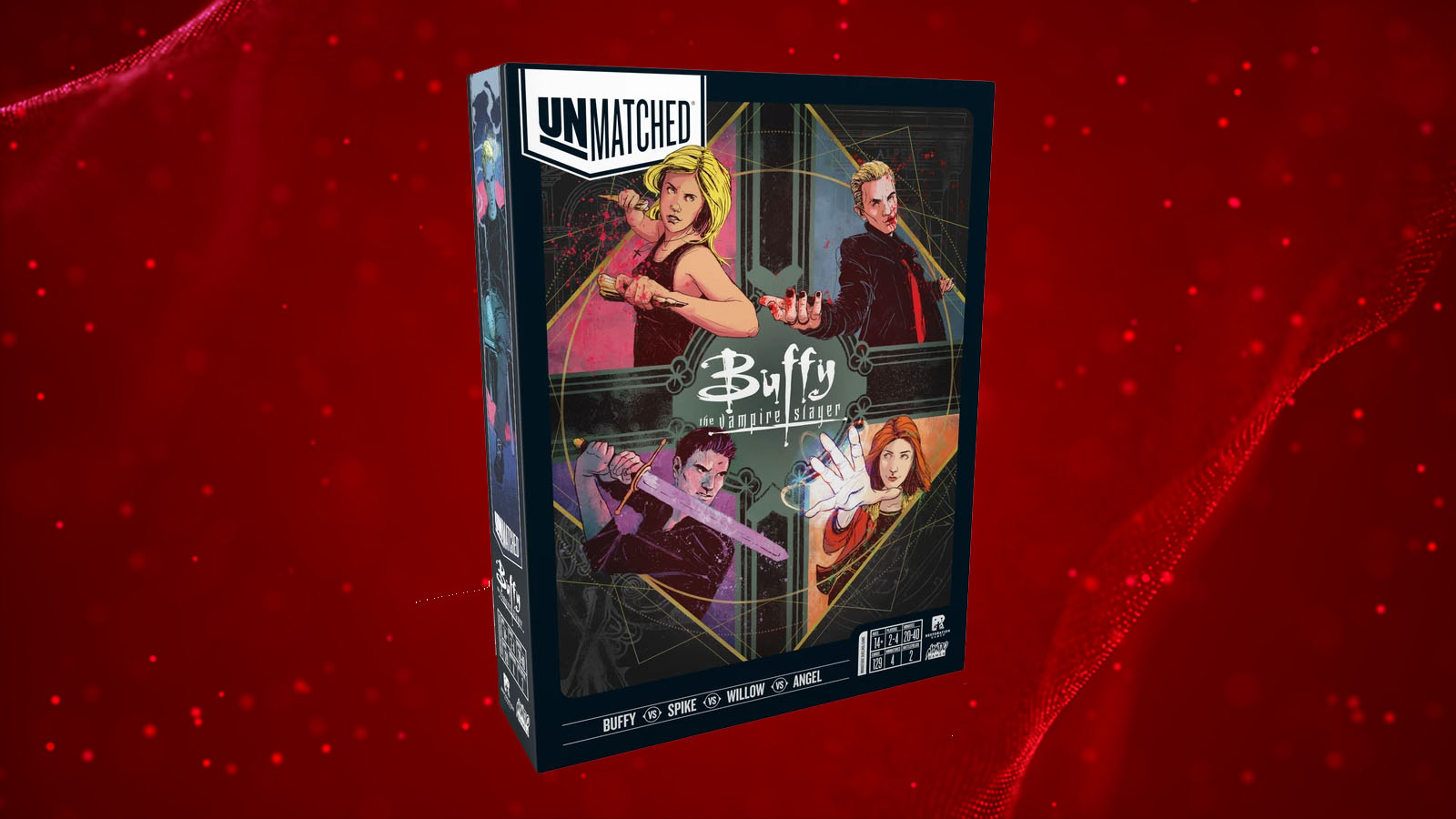 Mondo Games and Restoration games are excited to announce that Unmatched:Buffy the Vampire Slayer will be available this October. This game will use the Unmatched system which sets 2-4 players against each other with unique decks and powers. Check out my review of the base game for more information about how the game works and why it is one of my favorite two-player games.

Unmatched: Buffy the Vampire Slayer features four heroes. Buffy will hit you with Mr. Pointy or summon her Slayer’s strength for a cartwheel kick. When it’s time for backup, she’ll take her pick between insightful Giles or reliable Xander. Spike, a relentless hunter, seeks the shadows and calls on Drusilla’s Sight to let him know just where and when to strike. Willow, a peerless witch, dabbles in black magic and risks her darker self, potent but dangerous. At times, only Tara can bring her back from the brink of the abyss. Angel, once the Scourge of Europe, is cursed with a soul, conflicted by his victories and taking solace in his losses. Faith is there to make sure things stay “Five by Five”.

Unmatched is a highly asymmetrical miniature fighting game for two or four players. Each hero is represented by a unique deck designed to evoke their style and legend. Tactical movement and no-luck combat resolution create a unique play experience that rewards expertise, but just when you’ve mastered one set, new heroes arrive to provide all new match-ups.

The fan base for this beloved series is very large and many are excited to get their hands on this new game. Stay tuned to Gaming Trend for more information as it is announced and for all your tabletop news.