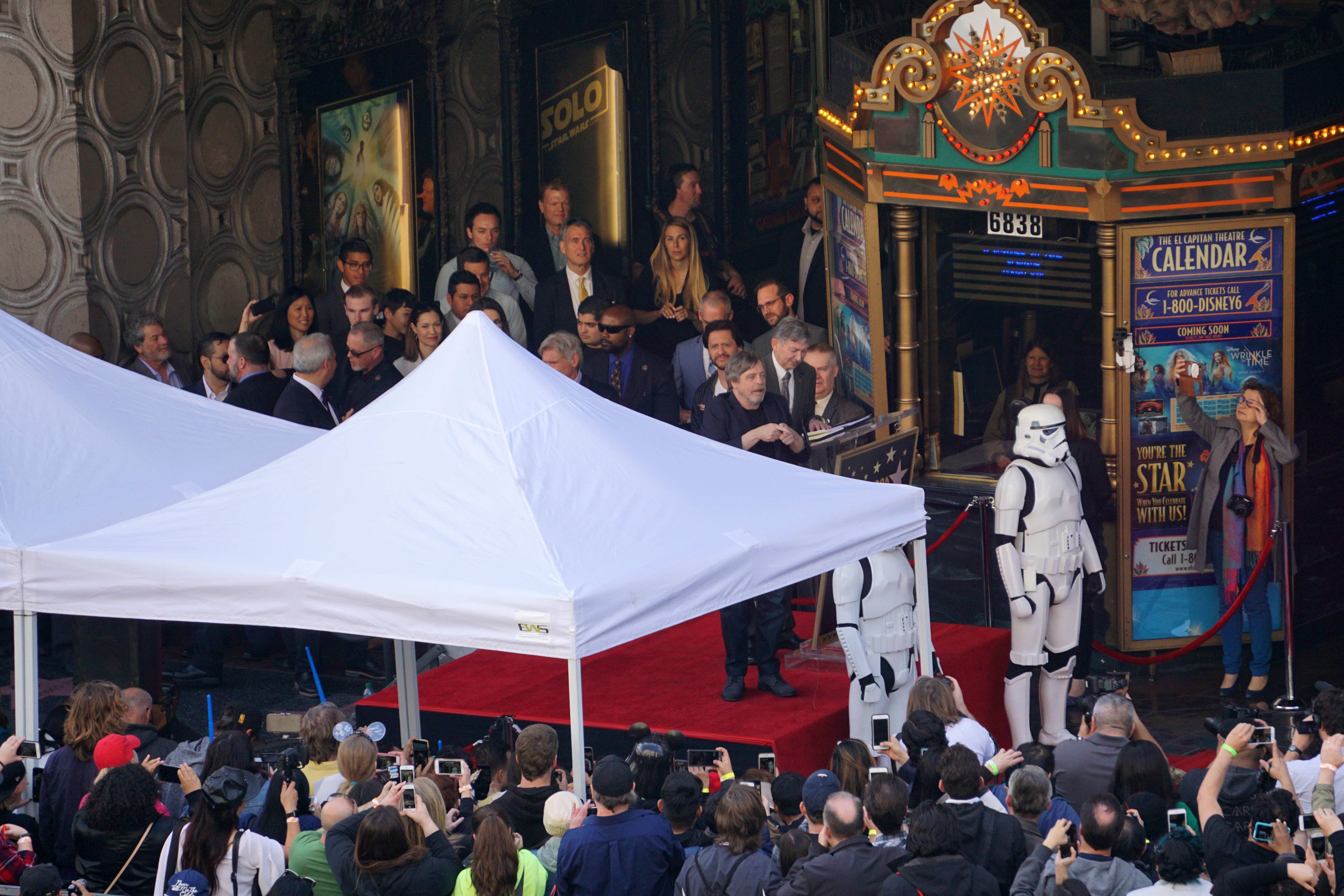 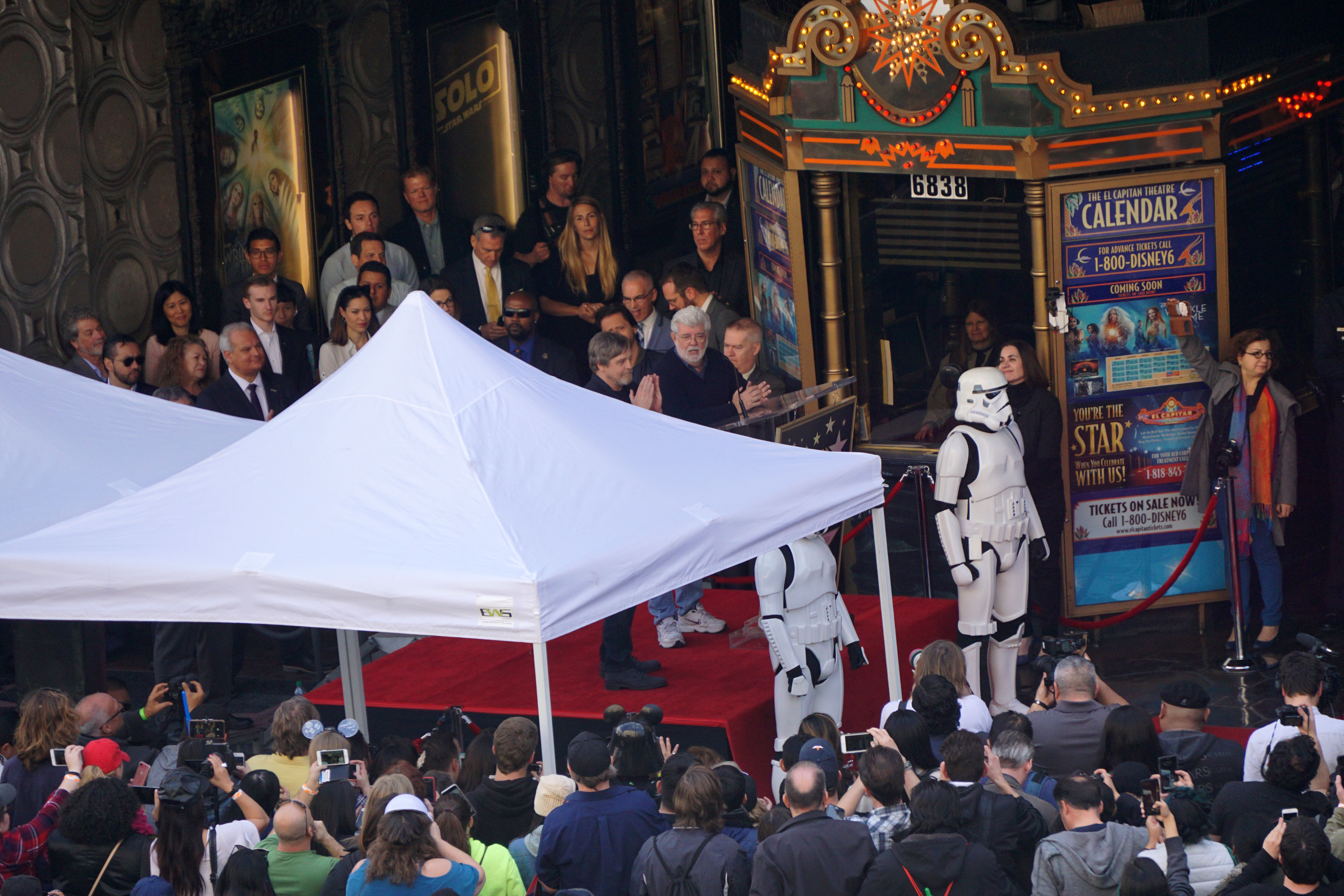 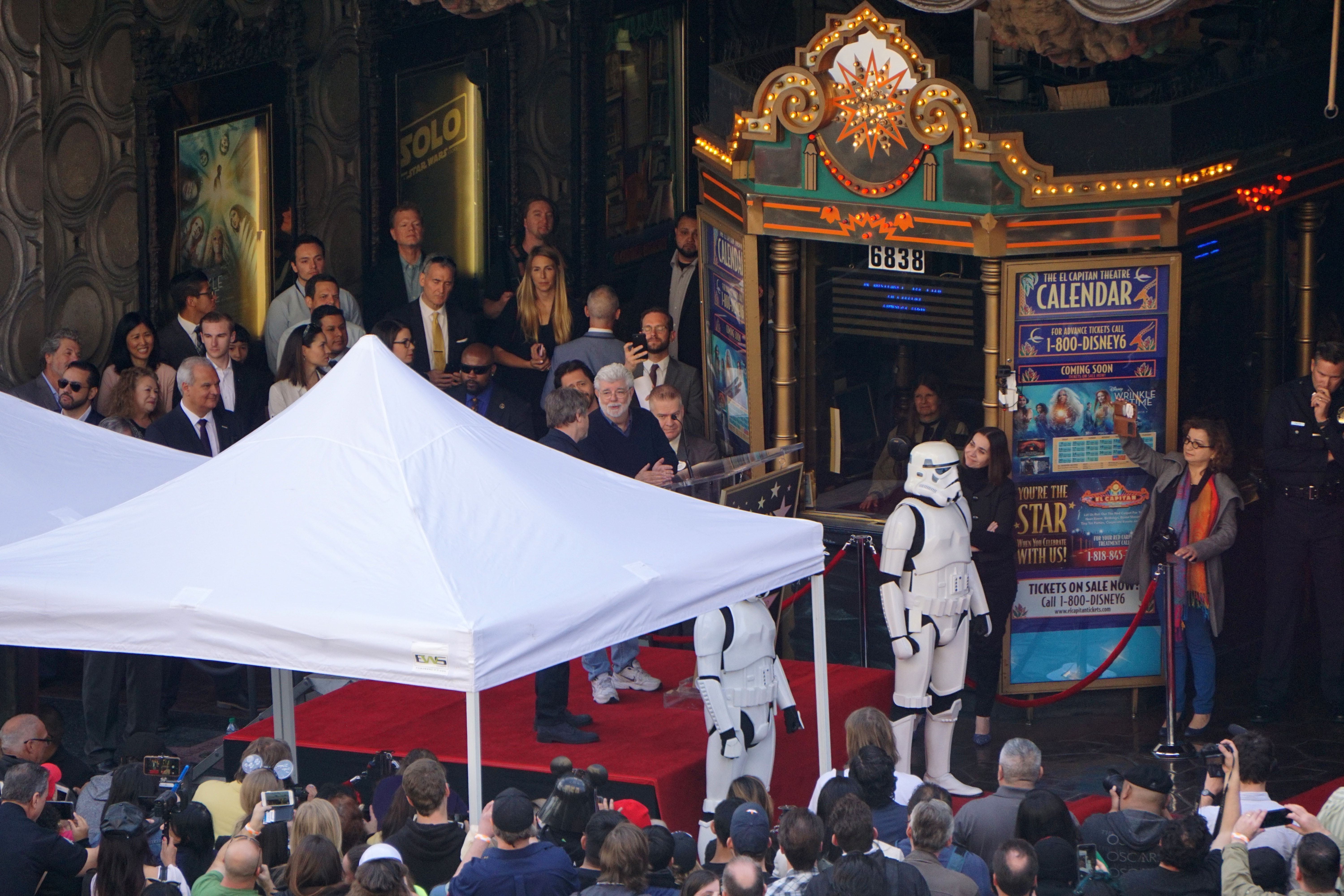 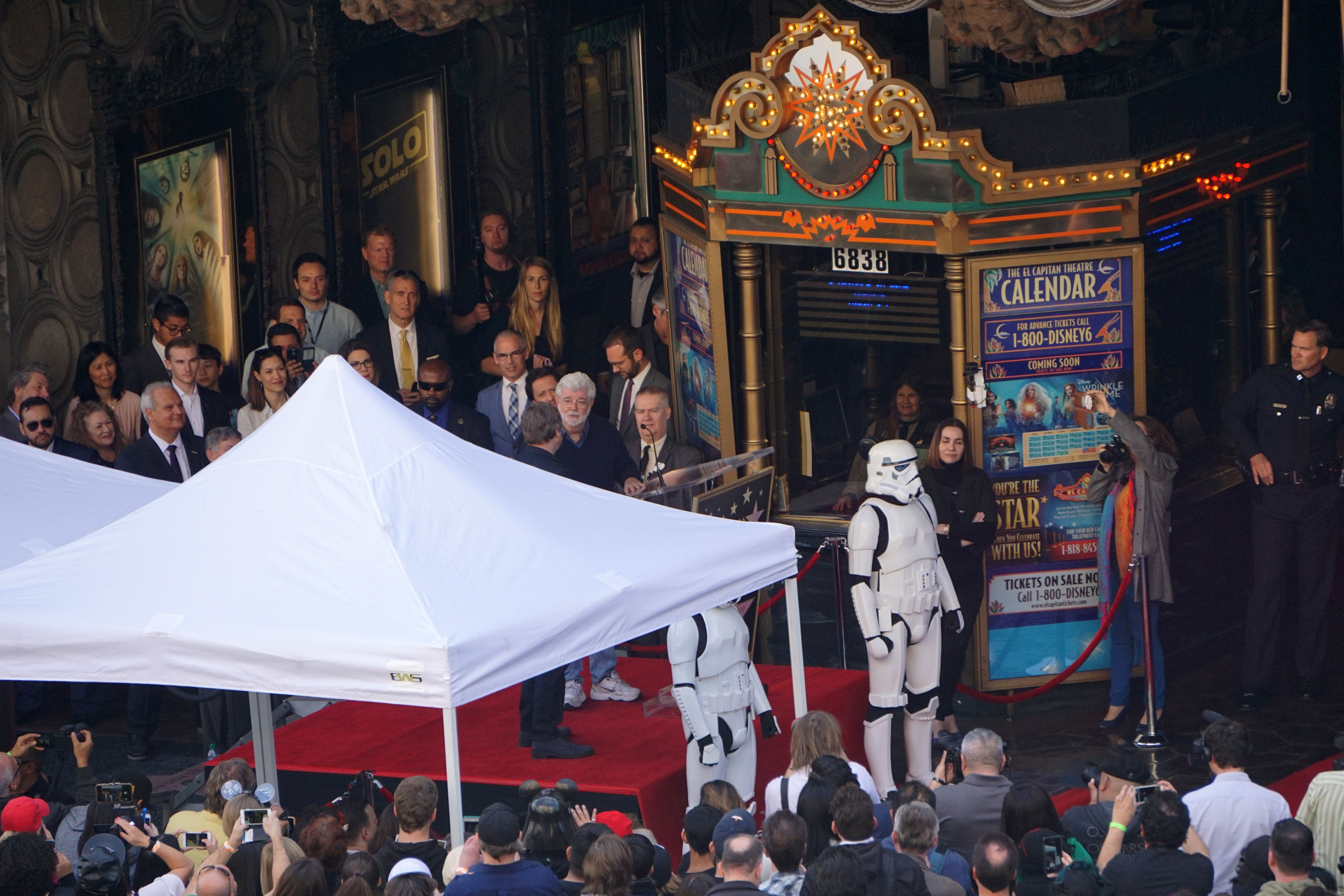 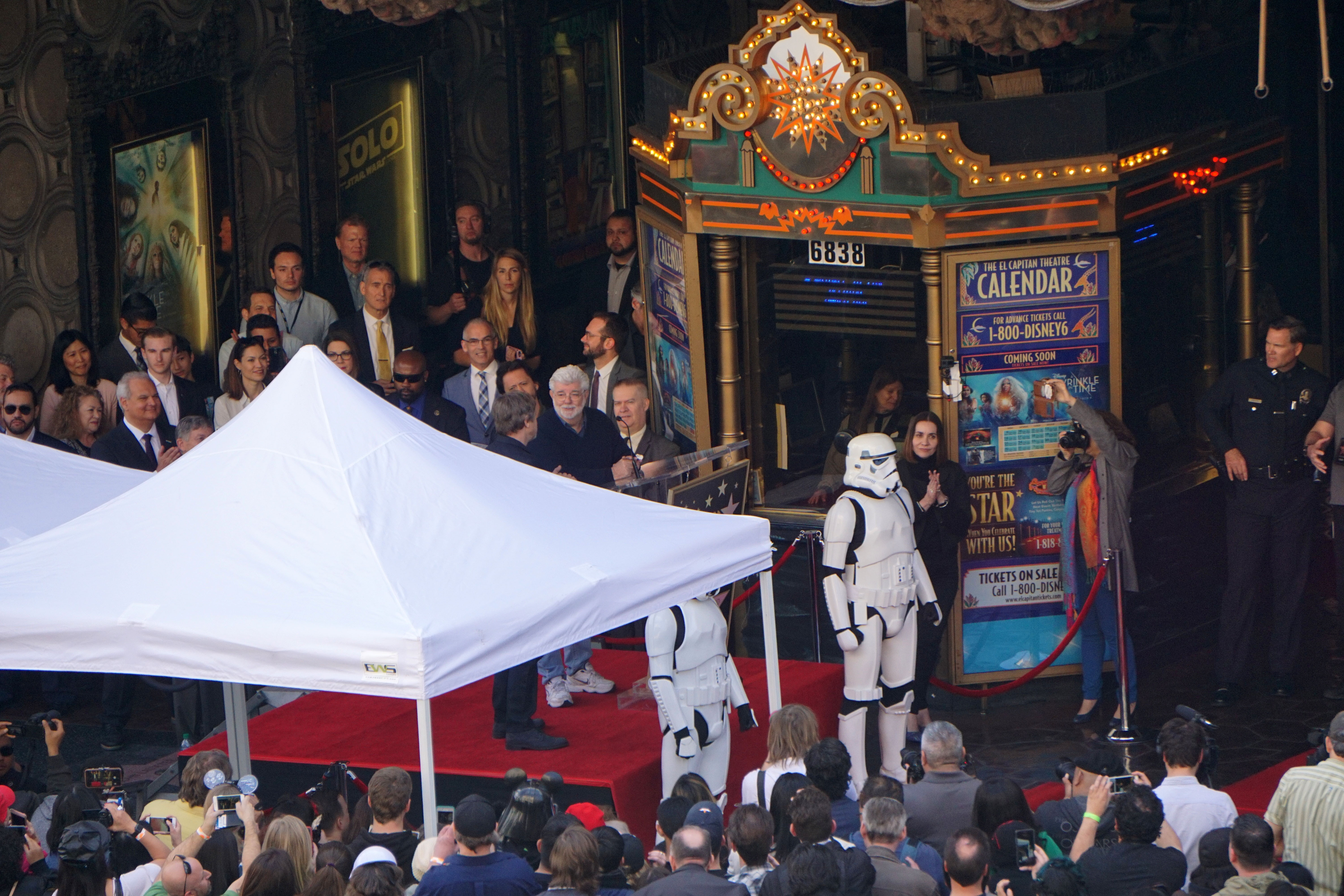 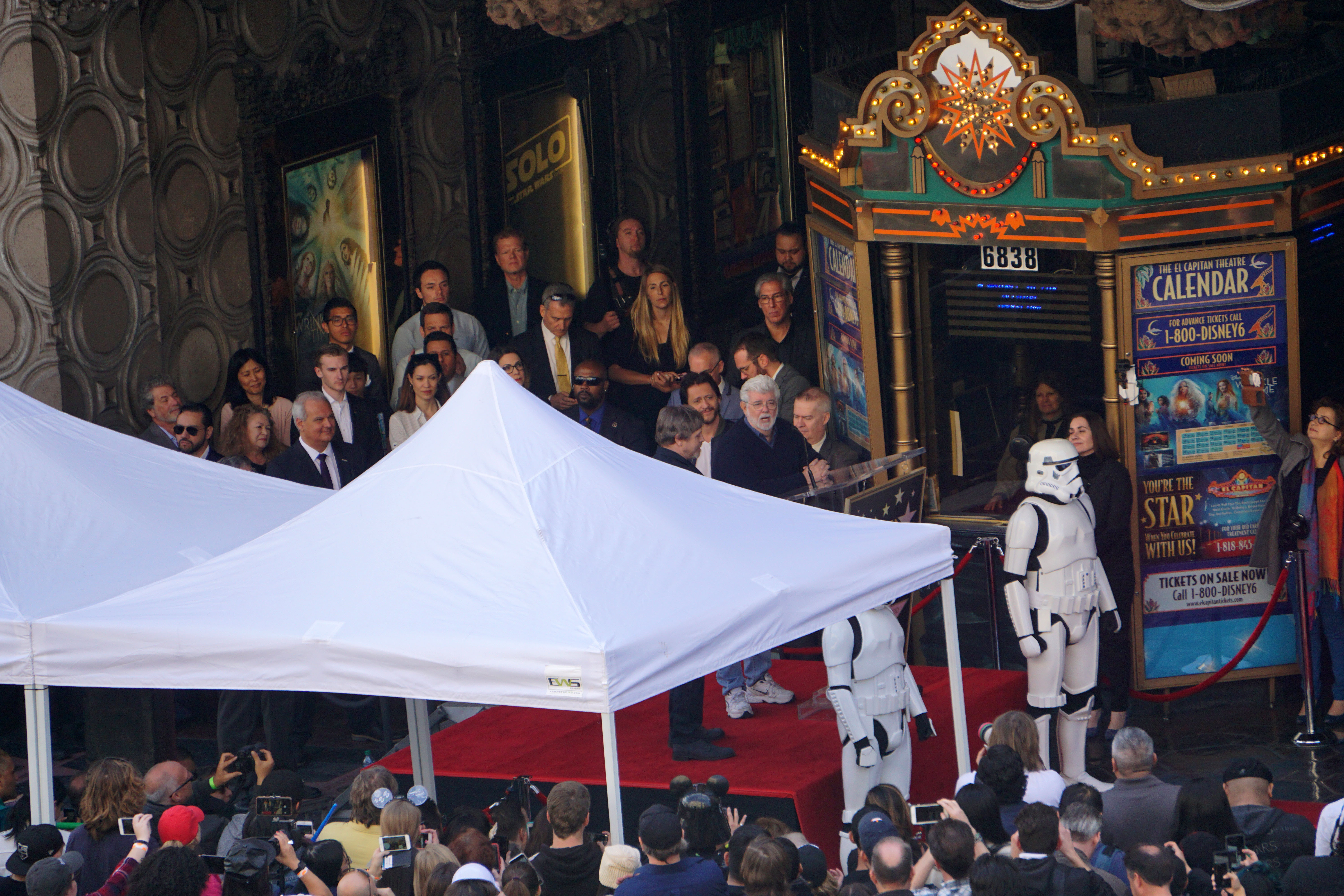 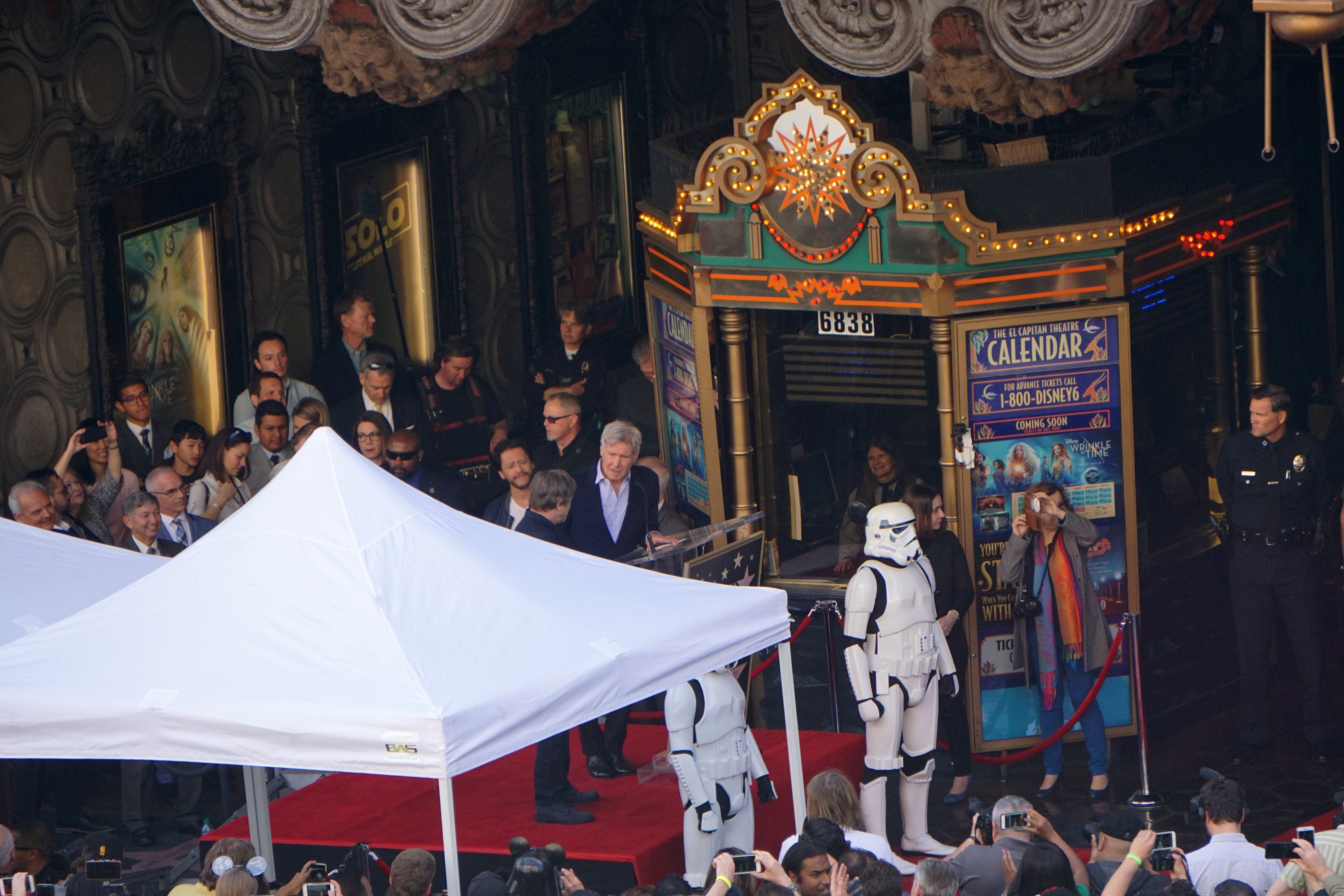 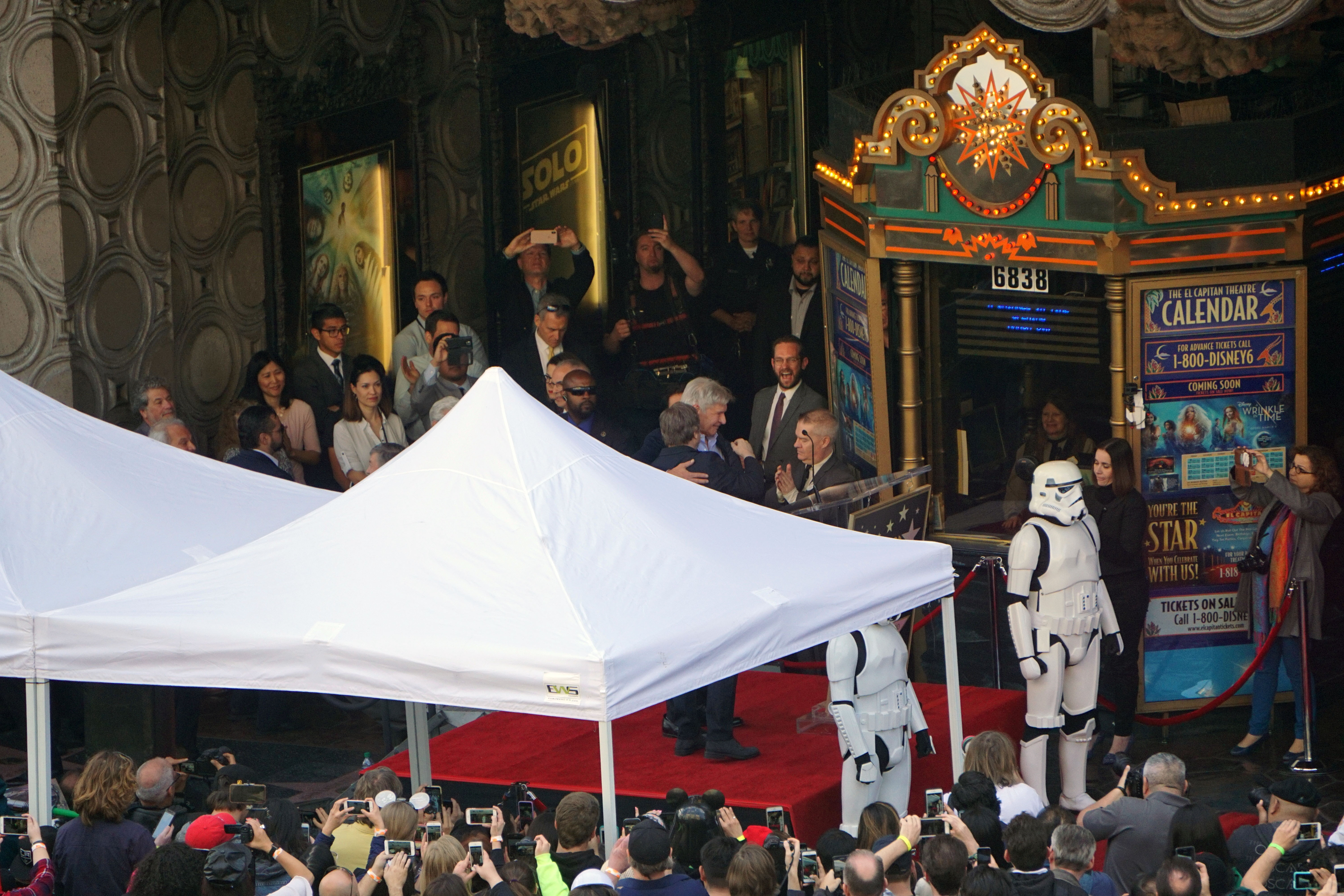 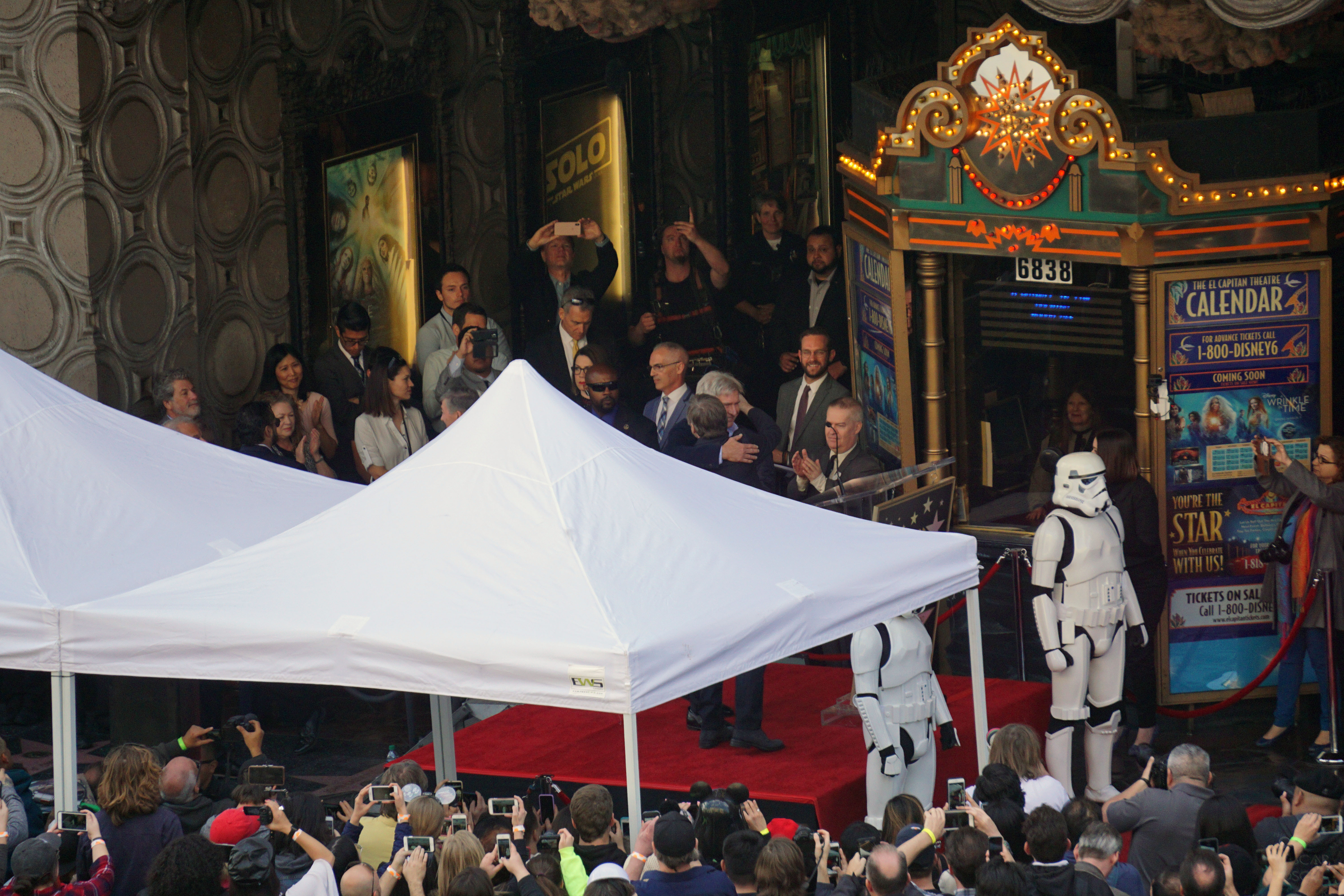 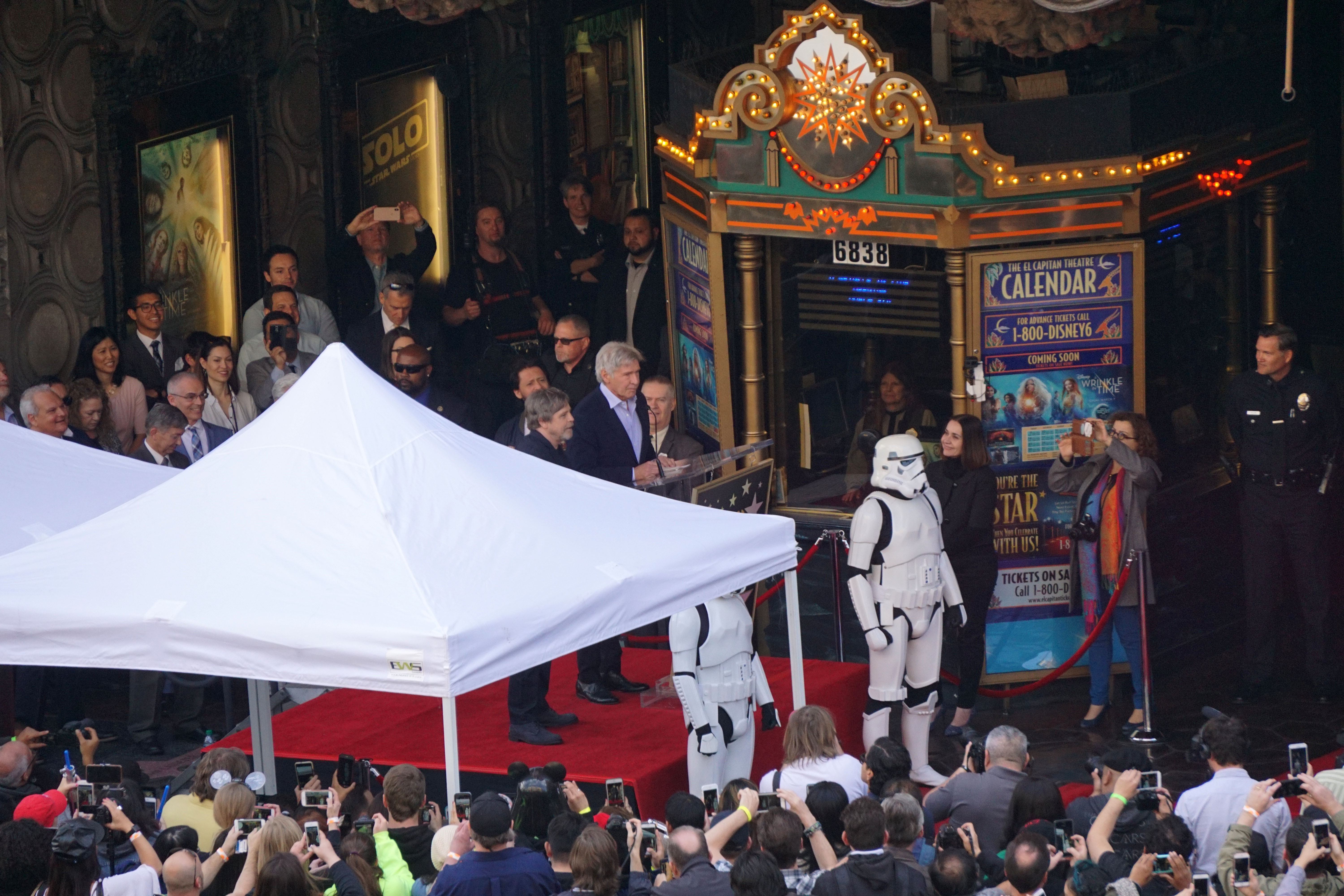 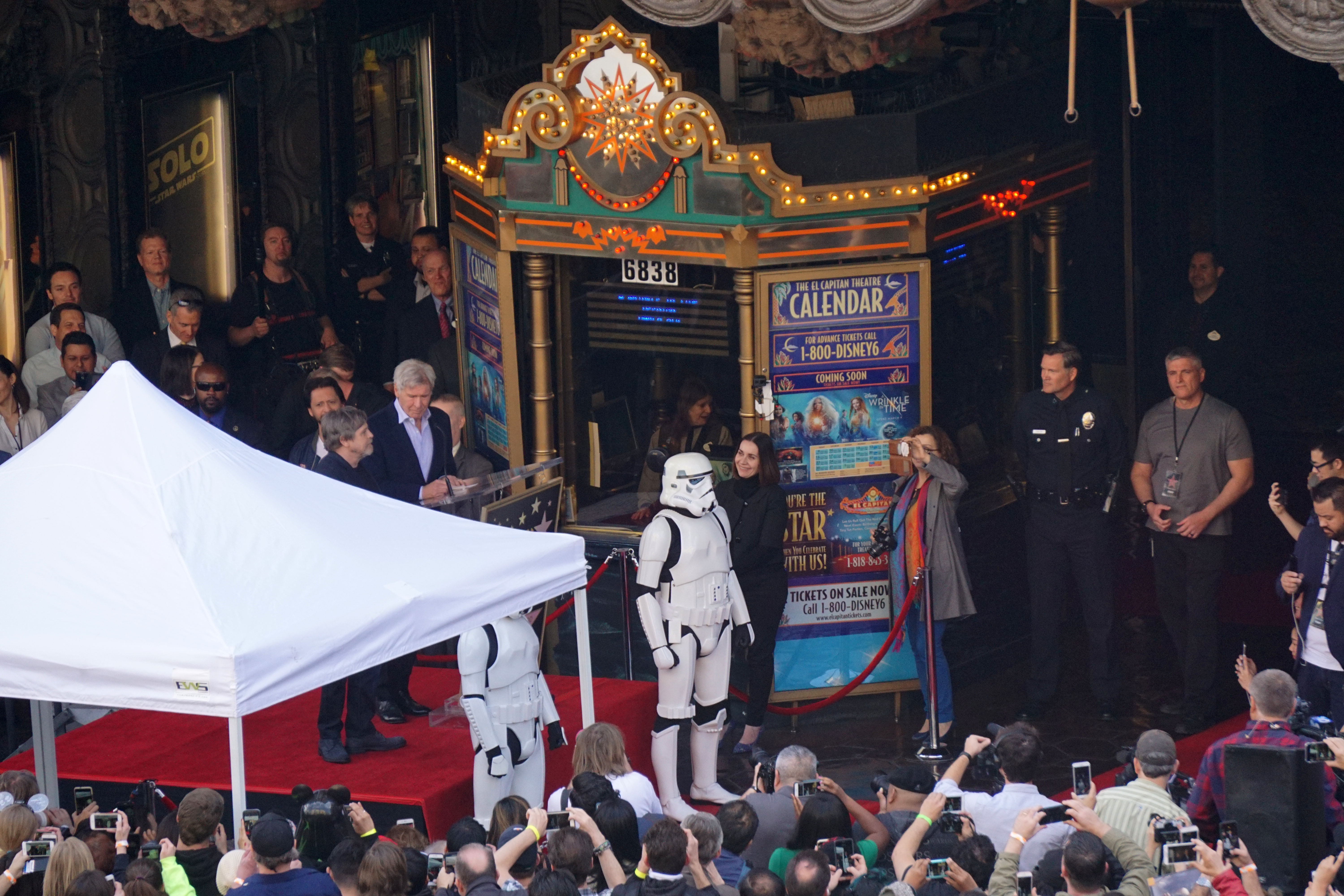 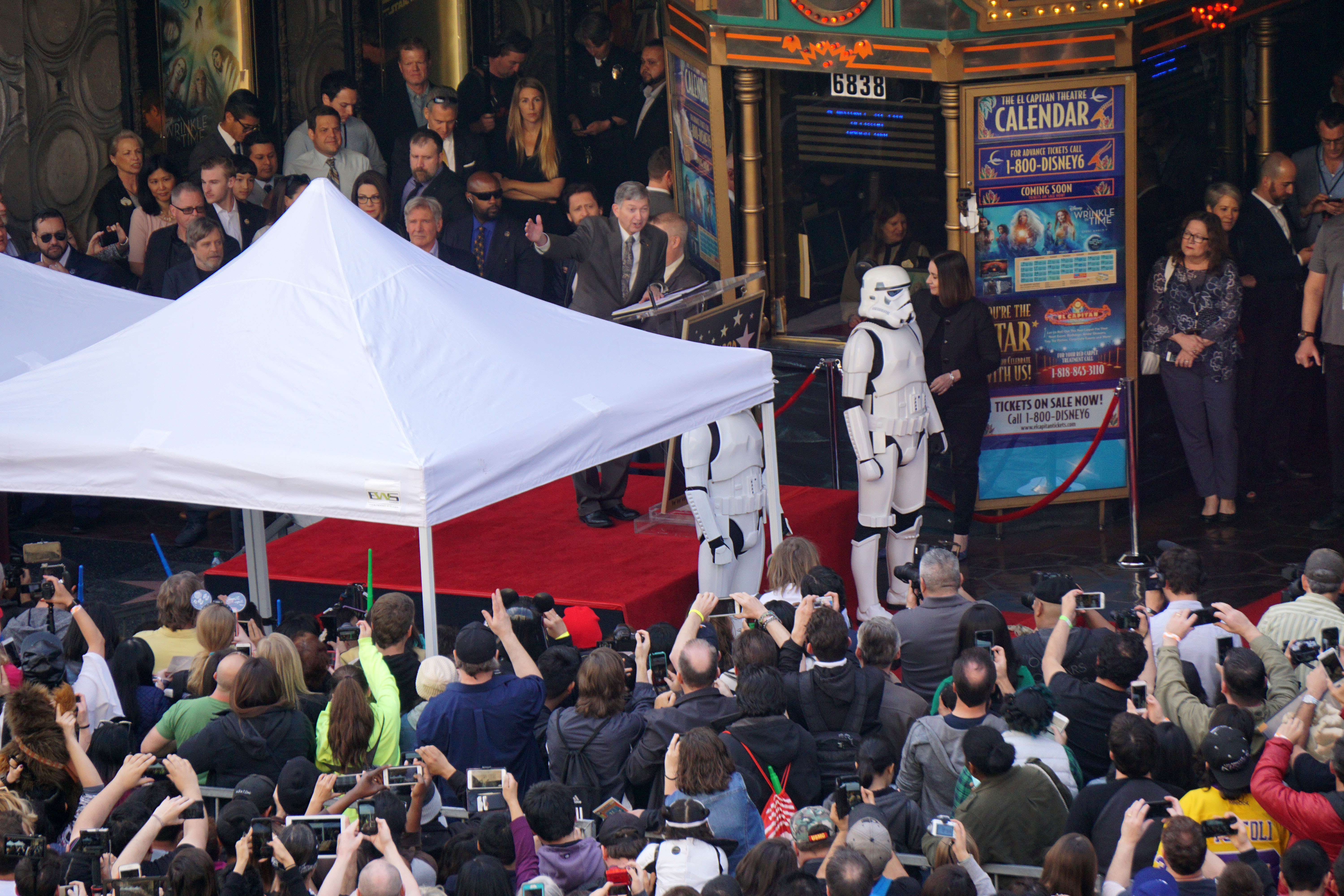 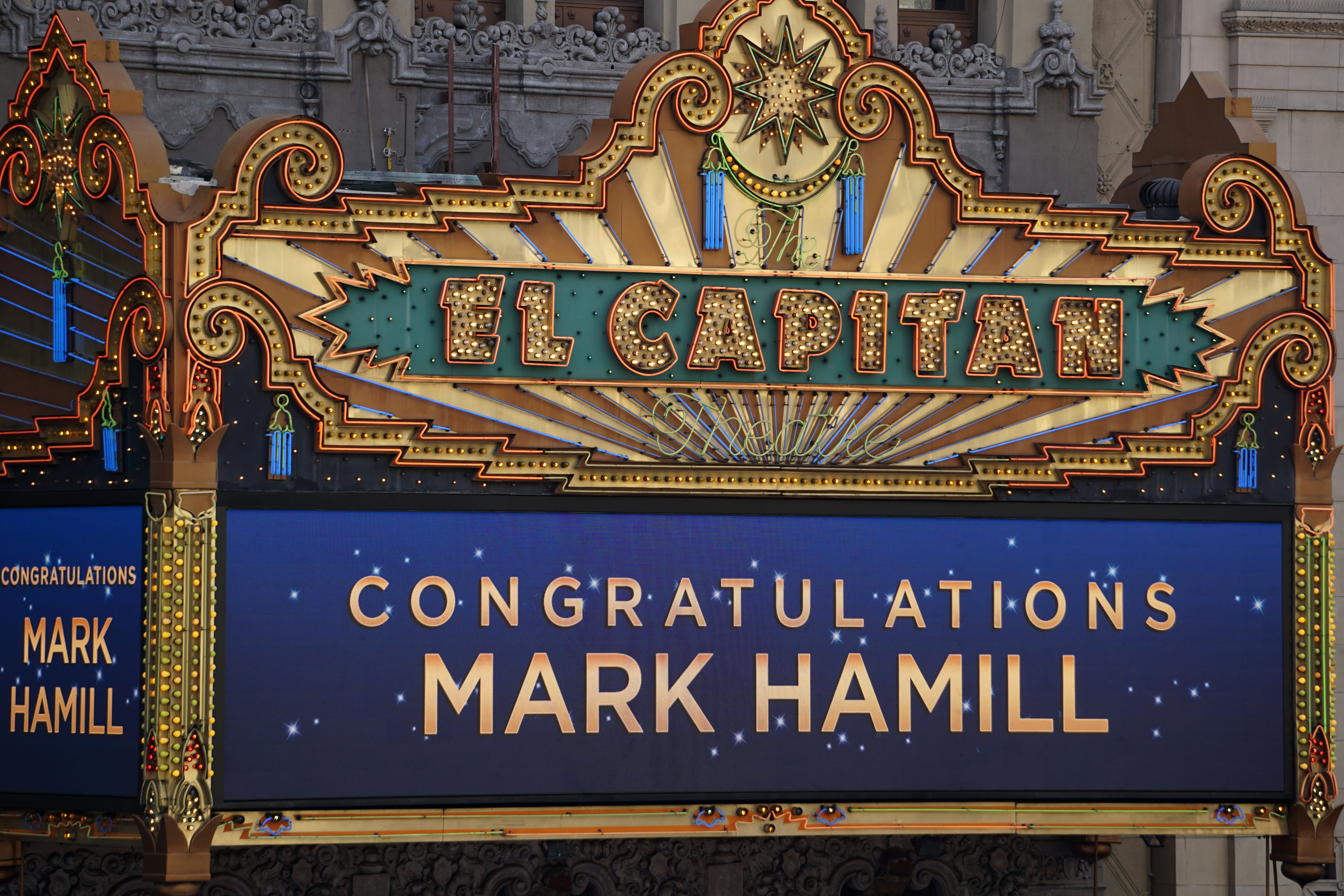 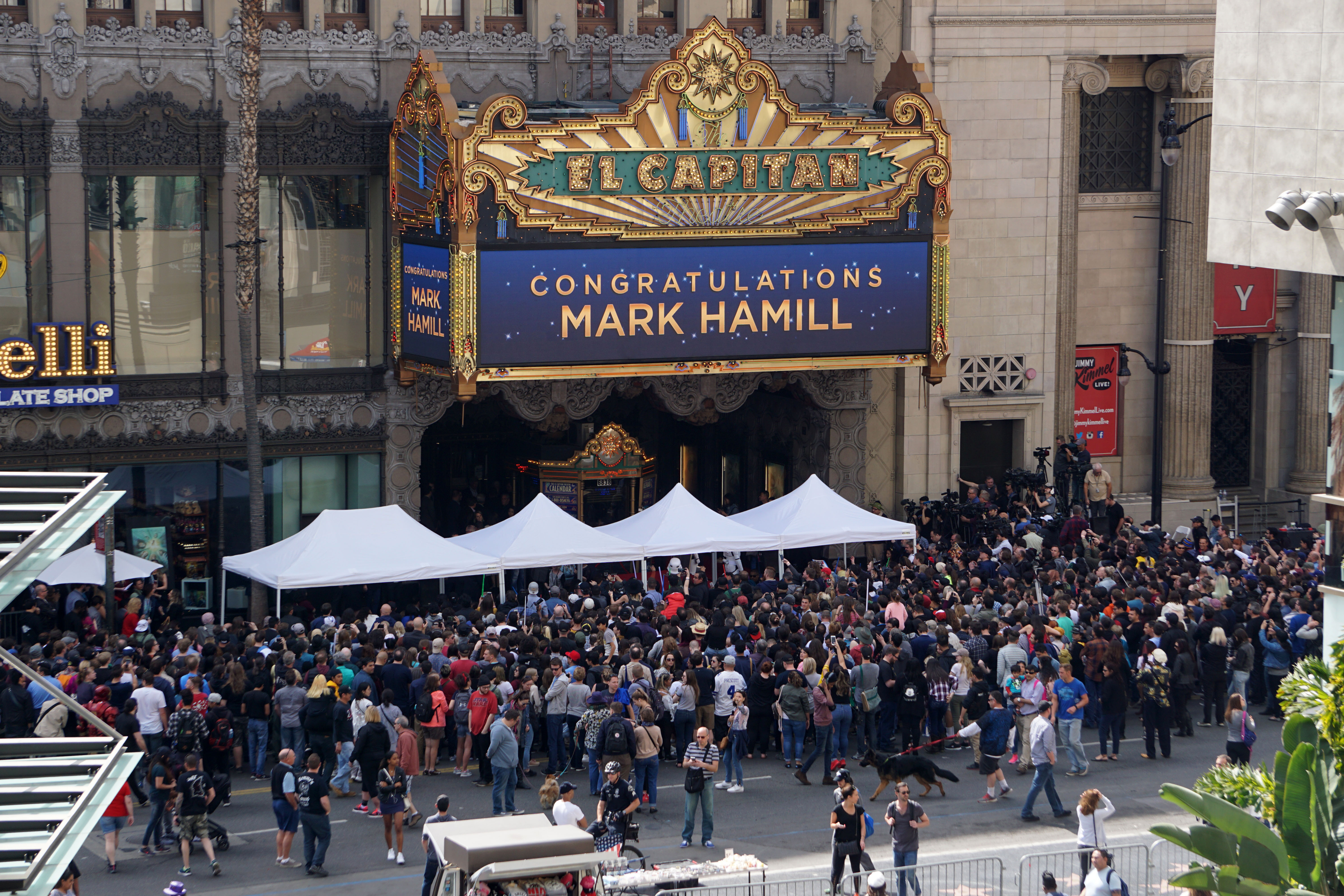 Street traffic in front of the historic El Capitan theater was shut down today as fans gathered to celebrate the dedication of Mark Hamill’s Hollywood star. Best known for his role as Luke Skywalker in the Star Wars films,  Hamill has also appeared in both TV and theater, including “General Hospital,” and as well as numbers movies, including Kingsman: The Secret Service, and as has lent his voice to numerous animated titles, including Batman: The Killing Joke and Avatar: The Last Airbender. Leron Gubler, the president and CEO of the Hollywood Chamber of Commerce oversaw the ceremony, saying this was the largest crowd which had ever assembled for a star dedication. Star Wars co-star, Harrison Ford, and creator, George Lucas joined, in the dedication. Check out our photos in the gallery above!