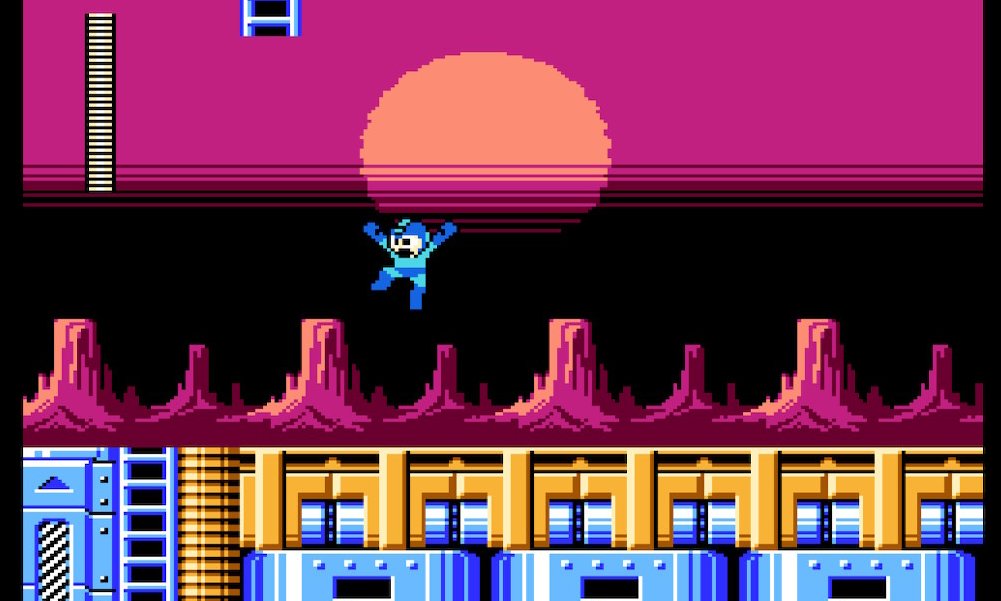 With Mega Man 5 having been released, the series starts to calm down on the NES. After six entries, the original Mega Man series finally finished its run on the NES. During the span of six games, each entry built itself on the mechanics of the last installment and continued to do so while keeping the same formula. Mega Man 6 largely keeps this formula going, but there are a few radical changes that this entry made, some for the worse

After several attempts by Dr. Wily to take over the world, the World Robot Alliance has been organized. One year later, robotics has once again made dramatic progress, and with the financial backup of the X Foundation, what better way to celebrate this than to hold a fighting robot championship?

Just as the First Annual Robot Tournament was about to begin, the leader of the X Foundation, Mr. X, announced that he has taken control of the 8 most powerful robots entered into the competition and will conquer the world with them. In addition, he reveals that he was manipulating Dr. Wily from the beginning of the series.

After the eight new Robot Masters are defeated, Mr. X’s obvious identity is revealed: He was actually Dr. Wily the entire time. Shocker. After escaping to another Wily Castle and being defeated for the sixth consecutive time, Dr. Wily is finally arrested for his crimes, leading to an era of peace. Hopefully…

While Mega Man 5 took a risky approach of hiding a secret letter in each stage, Mega Man 6 takes that idea and cuts it in half. Instead of spelling out something like MEGAMAN6, there are four beat letters that can be earned by finding an alternate path to the stage’s boss. When these paths have been found, the letter appears where the boss’s portrait was. If there was nothing in the stage, the portrait is replaced with a smiling Mega Man icon.

In order to find these secret paths, a new way to use helpers has been added. Instead of the standard Rush Coil and Rush Jet, there are now two different forms Mega Man can have after fusing with Rush: Jet Mega Man and Power Mega Man. After beating certain bosses, these upgrades become available, making it the first Mega Man game to not have a helper item available at the start since the first Mega Man.

Jet Mega Man replaces Rush Jet as it allows you to fly briefly. Instead of having a limited amount of uses, the meter counts down how much time you can stay in the air before refueling upon landing on the ground. Unfortunately, using this forfeits the ability to charge your Mega Buster.

Power Mega Man has an opposite approach. Instead of being nimble and relatively weaker, power focuses on short-ranged, strong shots. These can be charge up to create a devastating, but incredibly short-range shot that can be used to damage breakable blocks. The drawback to both of these forms is that you have to sacrifice sliding as well.

How it Holds Up

Getting rid of the Rush helper items in favor of the the different suits is a bold change, but not one I particularly enjoy. They are only found by defeating certain bosses, and switching between the two forms becomes incredibly tedious. This is especially true when you’re running through the last of the Wily stages and have to switch through them frequently. Instead of selecting it like a normal special weapon, you have to go through a brief cutscene. It can be skipped, but there are still a few seconds that make it a little more inconvenient to go through.

These forms are also necessary to find all of the BEAT letters. Instead of being hidden in clever spots, all of the letters are found near the end of the level through an alternate path to the boss room that is “hidden” in the most obvious locations. This could have been an opportunity to introduce interesting secret bosses, but you instead are dealt with the same fight as the normal path. This is even worse when you’ve already beaten the boss, as you have to fight them again.

Mr. X being Dr. Wily is perhaps one of the worst “twists” the series has had to offer yet as well. From the beginning, it was incredibly obvious that Mr. X was Wily, but the game still tried to pretend that this man was somehow Dr. Wily’s actual boss. And after Mr. X is defeated, Dr. Wily runs off to Wily Castle again. But since he was Mr. X, doesn’t this mean that he had two castles? At least in Mega Man 4 and Mega Man 5, these two villains had their own fortresses, but they were separate from the bad doctor.

In a game full of mediocre design choices, Centaur Man’s stage stands out among its competition. While the stage can technically be considered a “water level” in some parts, it uses the concept of moving platforms and water to create a unique mix of platforming that can only be described as playful.

During the stage, there is a part where the water will rise and fall, leaving an air pocket below it. As it comes lower, you can jump into the water to give yourself a boost as your water gravity-of-movement will allow you to slowly jump across large pits and spike traps. The design of the stage is intuitive and an easy concept to grasp for all players.

Centaur Man is exactly how he sounds. He’s a centaur. During his fight, he will have the ability to teleport around the screen. If you are moving, he will never move on top of you, giving you a good window to attack when he appears. However, he will sometimes freeze you in your tracks and fire a single shot towards you. When this happens, don’t panic. Centaur Man is hilariously tall and the bullet will fly right over your head.

While Knight Man’s stage isn’t necessarily the worst in the game, his boss fight is easily the most frustrating. The stage itself is remarkably average, with the only “unique” part of the stage being the spike ceiling that rises and falls. However, this stage is only a taste as the real challenge comes when this hazard returns in a Wily stage later on.

There are also invulnerable pots hanging around the stage that shoot at you with an arch. If you shoot them, the enemy pops their head out briefly, giving you a small window to finish them off before repeating this process.

The worst part about the stage is Knight Man himself. He moves slowly, his attacks are easy to dodge, but worst of all, he has a huge shield in front of him. In order to hit him, you have to wait for him to waddle towards you and attack, or hit him as he’s landing after jumping towards you. Overall, he’s not a hard boss, just frustrating and time-consuming.

Mega Man 6 is definitely one of the weaker entries in the series. The new forms were a cool idea, but they were more inconvenient with how much they were required later on in the game. The strangest thing, if Mr. X isn’t a direct reference, is the lack of tie-in to Mega Man X, with the next Mega Man title being released just a month later.

The NES era of Mega Man games didn’t end with a bang, but with a whimper. Dr. Wily has been finally put into jail, but it’s not as satisfying as it should be. With the mad doctor locked up, the world should be at peace, right? That is, unless he had some sort of dead man’s switch. We’ll have to wait until Mega Man 7 to see what the future of 20XX holds.